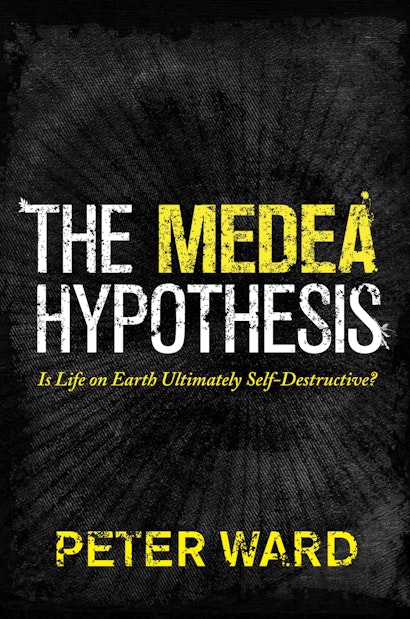 In The Medea Hypothesis, renowned paleontologist Peter Ward proposes a revolutionary and provocative vision of life’s relationship with the Earth’s biosphere — one that has frightening implications for our future, yet also offers hope. Using the latest discoveries from the geological record, he argues that life might be its own worst enemy. This stands in stark contrast to James Lovelock’s Gaia hypothesis — the idea that life sustains habitable conditions on Earth. In answer to Gaia, which draws on the idea of the “good mother” who nurtures life, Ward invokes Medea, the mythical mother who killed her own children. Could life by its very nature threaten its own existence?


According to the Medea hypothesis, it does. Ward demonstrates that all but one of the mass extinctions that have struck Earth were caused by life itself. He looks at our planet’s history in a new way, revealing an Earth that is witnessing an alarming decline of diversity and biomass — a decline brought on by life’s own “biocidal” tendencies. And the Medea hypothesis applies not just to our planet — its dire prognosis extends to all potential life in the universe. Yet life on Earth doesn’t have to be lethal. Ward shows why, but warns that our time is running out.


Breathtaking in scope, The Medea Hypothesis is certain to arouse fierce debate and radically transform our worldview. It serves as an urgent challenge to all of us to think in new ways if we hope to save ourselves from ourselves.

Peter Ward's many books include the highly acclaimed Rare Earth: Why Complex Life Is Uncommon in the Universe and Under a Green Sky (Collins). He is professor of biology and Earth and space sciences at the University of Washington, and an astrobiologist with NASA. 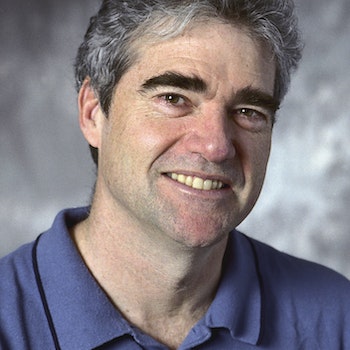 "Ward holds the Gaia Hypothesis, and the thinking behind it, responsible for encouraging a set of fairy-tale assumptions about the earth, and he'd like his new book, due out this spring, to help puncture them. He hopes not only to shake the philosophical underpinnings of environmentalism, but to reshape our understanding of our relationship with nature, and of life's ultimate sustainability on this planet and beyond."—Drake Bennett, Boston Globe

"Author and Earth Sciences professor Ward has authored numerous books for non-specialists; this latest is a critical response to James Lovelock's Gaia concept, which argues that homeostatic physical and chemical interactions work to maintain Earth's habitability. Ward argue, passionately, that the opposite is true—that living organisms decrease Earth's habitability, hastening its end by perhaps a billion years."—PublishersWeekly.com

"When avid science readers browse the shelves for new titles, the books that grab their attention are best described by a single adjective: thought-provoking. And no scientist/author is more provocative in his approach and innovative in his thinking than University of Washington astrobiologist Peter Ward . . . . [R]eaders looking for solace will not find it in Ward's latest effort, The Medea Hypothesis. This time Ward goes after motherhood itself—or at least the central idea of the Gaia ('good mother') hypothesis that has evolved to describe the relationship between life and the planet as a whole."—Fred Bortz, Seattle Times

"Reading the book will widen your field of vision about life on earth, which is still there after about 4 billion years."—Dr. Hein van Bohemen, Ecological Engineering

"The point of The Medea Hypothesis is that life, rather than helping to regulate the Earth 'System' by negative feedbacks, does all it can to consume the resources available—sowing the seeds of its own extinction."—Dr. Henry Gee, BBC Focus Magazine

"[The Medea Hypothesis] is an interesting intellectual exercise on the history of life."—Choice

"Ward . . . adopts the tone of a planetary mortician gruesomely interested in his subject's decease. Ward is an expert on mass extinctions, and the subject seems to have infected his general outlook. He does not come across a happy camper."—Roger Gathman, Austin American-Statesman

"The Medea Hypothesis is a valuable and well-needed challenge to the hegemony of Gaian thought, and this is a very clearly presented and thought provoking book. . . . Ward's book is a crucial step in opening this debate and I would certainly recommend reading it, but with a critical eye open for chinks in the argument."—Lewis Dartnell, Astrobiology Society of Britain

"A provocative look at the history of our living planet. Ward offers a distinct perspective and argues strongly that the only intelligent choice is to manage ourselves and the environment. The Medea Hypothesis will cause anyone who cares about the environment to think differently."—Thomas E. Lovejoy, president of the H. John Heinz III Center for Science, Economics, and the Environment

"This book casts the environmental debate in a completely new and important light. Ward demolishes the comfortable illusion that nature will take care of us if we just let it. To survive in the long term, the Earth needs a management team—we humans have to take up the job."—Chris McKay, NASA Ames Research Center

"For those comforted by the notion of a benevolent Gaia working to sustain life on the planet, Ward's Medea is a nightmare, one that has recurred many times in Earth's history and is coming again soon, unless we take action to combat the self-annihilating tendency of the biosphere."—Lee R. Kump, coauthor of Dire Predictions: Understanding Global Warming

"Serious and well written, The Medea Hypothesis is sure to generate controversy among the experts. I read it over a weekend and could hardly put it aside until I finished it."—Francisco J. Ayala, University of California, Irvine

"This is an important and significant contribution to the fields of geobiology and astrobiology because it offers a startling new interpretation of the nature of Darwinian evolution. Ward's conclusion is both troubling and provocative: life may be its own worst enemy. Like James Lovelock's Gaia hypothesis, Ward's Medea hypothesis is likely to be debated for the next thirty years."—Joseph L. Kirschvink, California Institute of Technology

"A provocative rethinking of the coevolution of life and its environment. Peter Ward mounts a sustained critique of optimizing/homeostatic Gaia, providing a lucid set of examples of significant positive feedbacks arising from life. This book will have a strong heuristic impact on future research."—David Schwartzman, author of Life, Temperature, and the Earth