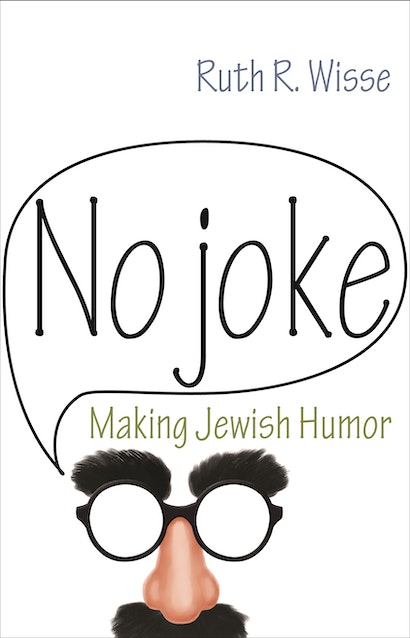 Humor is the most celebrated of all Jewish responses to modernity. In this book, Ruth Wisse evokes and applauds the genius of spontaneous Jewish joking—as well as the brilliance of comic masterworks by writers like Heinrich Heine, Sholem Aleichem, Isaac Babel, S. Y. Agnon, Isaac Bashevis Singer, and Philip Roth. At the same time, Wisse draws attention to the precarious conditions that call Jewish humor into being—and the price it may exact from its practitioners and audience.

Wisse broadly traces modern Jewish humor around the world, teasing out its implications as she explores memorable and telling examples from German, Yiddish, English, Russian, and Hebrew. Among other topics, the book looks at how Jewish humor channeled Jewish learning and wordsmanship into new avenues of creativity, brought relief to liberal non-Jews in repressive societies, and enriched popular culture in the United States.

Even as it invites readers to consider the pleasures and profits of Jewish humor, the book asks difficult but fascinating questions: Can the excess and extreme self-ridicule of Jewish humor go too far and backfire in the process? And is “leave ‘em laughing” the wisest motto for a people that others have intended to sweep off the stage of history?

Ruth R. Wisse is the Martin Peretz Professor of Yiddish Literature and professor of comparative literature at Harvard University. She is the author of The Modern Jewish Canon: A Journey through Language and Culture, which won a National Jewish Book Award. Her other books include Jews and Power (Schocken) and The Schlemiel as Modern Hero. 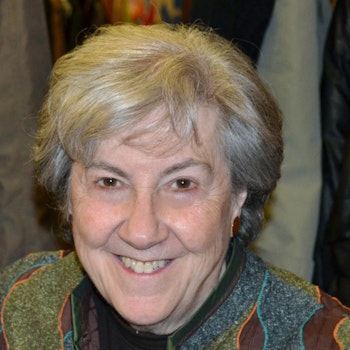 "Accessible to nonacademic audiences as well as scholars, this cultural history is a welcome addition to the study of humor in a sociopolitical context."—Publishers Weekly

"[E]xcellent. . . . I applaud the intellectual courage of this book, the breadth of Wisse's learning, the comprehensiveness of her ambitions, her unembarrassed declarations of pleasure in what she finds funny (and if we don't, that's tough on us), her unapologetic references to such serious students of comedy as Freud, whose writing on jokes it is easy to deride, and the confidence with which she moves from rabbis to writers to jesters, from literature to music hall and back. Comedy is comedy is comedy."—Howard Jacobson, Standpoint

"Wisse, Martin Peretz Professor of Yiddish Literature and professor of comparative literature at Harvard, surveys Jewish humor from Heinrich Heine and Franz Kafka to Larry David and Howard Jacobson, displaying its wit and comic genius at the same time that she looks behind its surface at the often painful and dangerous experiences it reflects."—Maron L. Waxman, Jewish Book Council

"[S]harp and thoughtful. . . . To her credit, Ms. Wisse offers no general theory of Jewish humour in her book, preferring description and textual analysis, at which she excels, to psycho-historical puffery."—Economist

"[Ruth Wisse] has produced an excellent treatise about Jewish comedy in all of its forms, focusing her gaze on how it has changed and responded to the shifting landscape of Jewish powerlessness."—Elaine Margolin, Jerusalem Post

"No Joke is a remarkable combination of scholarship and current concerns, written in elegant prose, which can be enjoyed three times: first, for the humor; second, for the erudition; and finally and most important, for its moral vision."—Rick Richman, Commentary

"Because Jewish humor arose in response to specific conditions of living, Wisse organizes chapters around locales and times: Germany, the Anglosphere, fascism (Hitler and Stalin) and modern Israel. Wisse calls humor the only folk art that isn't copyrighted."—Christian Century

"No Joke is a thought-provoking compilation of humorous stories woven almost seamlessly with history, and interpretive analysis. The author keeps it personal—sometimes moving comfortably into a relaxed and chatty tone—and she keeps it real."—Martin A. David, New York Journal of Books

"[No Joke] offer[s] a far-reaching discussion of the essential role humor plays in an ethnic group that historically has dwelt in the margins of the nations and cultures of others. . . . [N]o Joke is a comprehensive and insightful historical survey of Jewish humor and its perpetrators, ranging from Heinrich Heine to Woody Allen."—Daniel Klein, Harvard Magazine

"From 19th century writer Heinrich Heine to the Post's own Joey Adams to Philip Roth and even Larry David, scholars and popular readers alike will find food for thought—and laughs—in Wisse's analysis of this oft-illicit genre."—Billy Heller, New York Post

"Wisse is an uncommonly graceful writer making No Joke a most pleasurable read. . . . [W]hile her book covers much well-trodden territory, she both synthesizes the ideas of others adroitly and provides an abundance of fresh insights of her own."—Matt Nesvisky, Jerusalem Report

"Wisse's smartly and sharply written book offers an alternative to Freud's book, but not a refutation of it."—Robert A. Segal, Times Higher Education

"[No Joke] is a dialogue of Wisse's powerful and agile mind with itself, frequently expressed in balanced, antithetical sentences that have the epigrammatic power of couplets by Alexander Pope."—Edward Alexander, Chicago Jewish Star

"Wisse, arguably the foremost Yiddishist in North America, has produced a jewel of a book on Jewish humor, replete with academic erudition and often side-splitting jokes. She is equally at home in the works of Heinrich Heine, Sholem Aleichem, I.B. Singer, the Israelis, and Philip Roth, as well as among Borscht Belt comedians in the Catskills, or with Woody Allen and Mel Brooks. . . . This is a wise, well-written, and unique analysis of why Jews laugh."—Choice

"With her book packed with juicy Jewish quips and tales from across the ages, Wisse shows she has a good sense of humor, too."—Dan Pine, J, the News Weekly of Northern California

"[T]he proper way to launch an appraisal of No Joke: Making Jewish Humor, Ruth Wisse's excursion through the world of Jewish jocularity, is to immediately brand her book as intellectually bracing, disarmingly entertaining, and disturbingly candid. . . . [No Joke] leaves the reader with an excellent view of the subject."—Jonathan Lazarus, New Jersey Jewish Standard

"In No Joke, Wisse follows laughter from the Yiddish heartland to the Borscht Belt and beyond, providing a comprehensive look at what has kept our oft-oppressed people laughing for so many years."—Matt Robinson, Jewish Journal of Massachusetts

"No Joke: Making Jewish Humor is the perfect combination of the scholarly and the populist, with some excellent jokes thrown in—not least that at the foot of page 122 (you need to buy the book!) which while old still hasn't lost its comic power. Enjoy, enjoy: what's not to like!"—Dr Charles H. Middleburgh, Middleburgh Blog

"Even as it invites readers to consider the pleasures and profits of Jewish humor, the book asks difficult but fascinating questions: Can the excess and extreme self ridicule of Jewish humor go too far and backfire in the process? And is 'leave 'em laughing' the wisest motto for a people that others have intended to sweep off the stage of history?"—World Book Industry

"Ruth Wisse's electrifying undressing of Jewish wit catapults us well past Freud's far more inhibited perceptions and into the naked precincts of tragic insight. Riffing through the laughter thrown up by the interpenetrations of language, history, and the political culture of variegated societies, Wisse uncovers subversion, paradox, fright, anger, grief, and the often defeated imagination of reversal. Tickle the funny bone long enough, she warns, and hilarity will expose dread. This stirringly original study of Jewish joking reveals the darker irony that underlies the comedic ironies of the Jewish mind at play."—Cynthia Ozick

"One of the most interesting and insightful books about comedy I've ever read. I learned a lot, and I laughed a lot."—B. J. Novak, writer and actor, The Office

"This is a wise and witty book, and a necessary one, too, because Jewish humor hasn't always received the commentary and analysis it deserves. Almost every page of this fine new work offers something to learn from or laugh about—or both."—William Novak, coeditor of The Big Book of Jewish Humor

"The funniest thing since we let the goyim into show business."—David Mamet

"It's a treat. The jokes are abundant, well chosen, and funny; and Ruth Wisse brings Harvard scholarship to our wonderful Yiddish treasury of humor. A salute and congratulations to Professor Wisse."—Herman Wouk

"An essential examination of Jewish humor. Ruth Wisse ably traces the subject through high literature and low culture, from Heine to Borat, offering new and glimmering insights in each case. She takes on the difficult questions, not least the one of utility: has humor helped the Jews, and does it help them still? No Joke is vastly erudite, deeply informative, and delightfully written—plus it's got plenty of good jokes. What more could one ask for?"—Jeremy Dauber, Columbia University

"No Joke is both an anthology and running interpretation of Jewish humor. Ruth Wisse provides original treatments of Heine, Kafka, Sholem Aleichem, Israel Zangwill, Leonard Q. Ross (Leo Rosten), Sh. Y. Agnon, and Philip Roth, among many others. In an age of books that cover four or five disparate figures and call themselves wide-ranging, No Joke is a return to the ambition of comprehensiveness and to the confidence that scholarship might appeal to the common educated reader. I can't recommend the book more highly."—D. G. Myers, Ohio State University