A gripping account of U.S.-Russian relations since the end of the Soviet Union 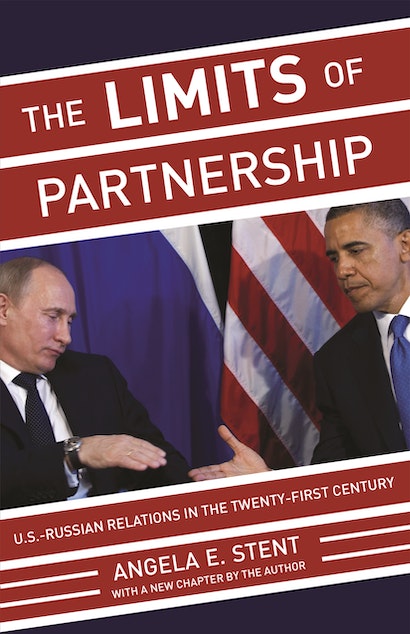 The Limits of Partnership is a riveting narrative about U.S.-Russian relations from the Soviet collapse through the Ukraine crisis and the difficult challenges ahead. It reflects the unique perspective of an insider who is also recognized as a leading expert on this troubled relationship. American presidents have repeatedly attempted to forge a strong and productive partnership only to be held hostage to the deep mistrust born of the Cold War. For the United States, Russia remains a priority because of its nuclear weapons arsenal, its strategic location bordering Europe and Asia, and its ability to support—or thwart—American interests. Why has it been so difficult to move the relationship forward? What are the prospects for doing so in the future? Is the effort doomed to fail again and again? What are the risks of a new Cold War?

Angela Stent served as an adviser on Russia under Bill Clinton and George W. Bush, and maintains dialogues with key policymakers in both countries. Here, she argues that the same contentious issues—terrorism, missile defense, Iran, nuclear proliferation, Afghanistan, the former Soviet space, the greater Middle East—have been in every president’s inbox, Democrat and Republican alike, since the collapse of the USSR. Stent vividly describes how Clinton and Bush sought inroads with Russia and staked much on their personal ties to Boris Yeltsin and Vladimir Putin—only to leave office with relations at a low point—and how Barack Obama managed to restore ties only to see them undermined by a Putin regime resentful of American dominance and determined to restore Russia’s great power status.

The Limits of Partnership calls for a fundamental reassessment of the principles and practices that drive U.S.-Russian relations, and offers a path forward to meet the urgent challenges facing both countries.

This edition includes a new chapter in which Stent provides her insights about dramatic recent developments in U.S.-Russian relations, particularly the annexation of Crimea, war in Ukraine, and the end of the Obama Reset.

Angela E. Stent is professor of government and foreign service and director of the Center for Eurasian, Russian, and East European Studies at Georgetown University. She has served in the U.S. Department of State and at the National Intelligence Council. Her books include Russia and Germany Reborn: Unification, the Soviet Collapse, and the New Europe (Princeton). 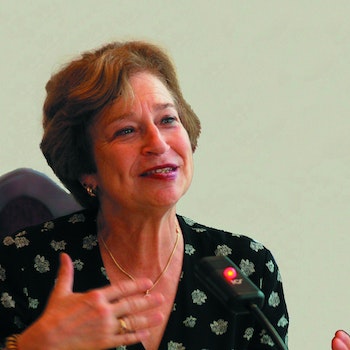 "In her largely chronological account of U.S.-Russian relations since 1990, Ms. Stent gives a comprehensive overview of the obstacles that have prevented a closer relationship."—Yascha Mount, Wall Street Journal

"Stent . . . expertly condenses the past two decades of this tumultuous relationship with an insider's command of detail."—Elizabeth Cobbs Hoffman, Times Higher Education

"[Stent's] compelling book provides perhaps the most comprehensive and sober—as well as sobering—assessment of relations across the past two decades."—Neil Buckley, Financial Times

"In The Limits of Partnership, Stent . . . clearly and carefully lays out the contentious issues that have divided the United States and Russia since the end of the Cold War."—Glenn C. Altschuler, Huffington Post

"Until now, there have been no broad-based studies of the vexed contemporary U.S.-Russian relationship in English—or, for that matter, in Russian. This volume fills that void admirably."—Foreign Affairs

"[An] insightful and balanced assessment of two decades of post-Soviet interaction between Washington and Moscow. . . . Stent draws many useful lessons from the ups-and-downs in the U.S.-Russian relationship."—Paul J. Saunders, National Interest

"In her magisterial new book The Limits of Partnership, Angela Stent performs a great service by showing that the end of the Obama Reset is only one part of a much broader pattern that goes back to the end of the Soviet Union."—Donald N. Jensen, Institute of Modern Russia

"Where Stent's narrative truly excels . . . is in presenting the Russian side of the story. It does not fall victim to the understandable temptation to mock Yeltsin or Putin, but rather treats Russia as a U.S. partner with legitimate grievances. This is a particularly worthwhile contribution."—Heather Williams, War Studies Publications

"The Limits of Partnership is a comprehensive and objective history and analysis. While dealing with the detailed complexity of the many issues involved, it does so in a clear, straightforward style. Although written before the present Ukrainian crisis, it is an indispensable source for understanding why this crisis has worsened our relationship with Russia."—Walter G. Moss, History News Network

"A descriptive and integrative type of work, The Limits of Partnership contributes to a renewed understanding of the legacy of the Cold war, of the cultural mechanisms underlying its practices, the ebb and flow, the meanderings and limitations of ideology, viewed in transnational perspective. Stent's is without doubt a particularly apt and timely undertaking, one whose pertinence is fully probed by the crisis in Ukraine that sparked a proliferation of discourse on the 'new Cold War.' This is certainly a cogent political analysis of the postcommunist architecture in Europe as it profiles itself at this juncture in the twenty-first century."—Adriana Neagu, American, British and Canadian Studies

"This is a remarkably even-handed account, in the best kind of way; it explains how each side has understood the serial breakdowns, and explains how the misperceptions on either side have allowed them to happen."—Robert Farley, Lawyers, Guns, & Money blog

"Written prior to Russia's moves against Ukraine in spring 2014, Angela Stent's clear and dispassionate analysis of U.S. relations with Russia since the end of the Cold War is a welcome primer to understanding the events that unfolded. . . . Stent does a masterful job explaining the different positions in the two countries."—James Goldgeier, Russian Review

"The book's strengths include clarity of presentation, attention to important details, knowledge of specific relevant contexts, and logical organization of material. It is written for pundits, policymakers, and the general public. . . . [T]his is a solid and balanced narrative of the two countries' relations."—Andrei Tsygankov, Political Science Quarterly

"Her real-world experience shines through her analysis, lifting this book beyond a typical academic history of events. Stent's insights are especially timely and useful given the sharp deterioration of the U.S.-Russia relationship in 2014, because she tells us how we got here."—Seth Offenbach, H-Net Reviews

"It is a highly informative and urgent book that anyone interested in US-Russia relations will want to read."—Elias Gotz, Global Affairs

"Angela Stent has written an enlightening, well-informed and - above all - a measured and balanced account of relations between the USA and Russia, from the downfall of the Soviet Union to the present day."—Paul Wingrove, LSE Review of Books

"In view of current discussions, etc., with Russia in regard to the Middle East, this book is quite helpful."—Daniel Fuss, Vice chairman, Loomis Sayles, one of Bloomberg's Best Books of 2015

"Drawing on her depth of knowledge as a Russia scholar and sharp insights gained as an intelligence analyst, Angela Stent has written a page-turning book about U.S.-Russian relations since the end of the Cold War. A must-read for anyone engaged in the study or practice of this critical bilateral relationship."—John Negroponte, former U.S. deputy secretary of state

"Angela Stent has written a comprehensive, thoughtful, and tremendously useful study of post-Cold War relations between Russia and the United States. She uses interviews with key actors in Russia and the United States and a host of other fresh sources to examine the unpredictable ups and downs of what remains the most important bilateral relationship in international relations in the twenty-first century. This is a must-read for anyone concerned about global affairs now and in the future."—Kathryn Stoner, Stanford University

"Angela Stent has done the seemingly impossible: from the maelstrom of the past two decades she's distilled the essence of modern Russia and its complex relations with the United States. The Obama administration's 'reset,' she says, isn't new; there have been four 'resets' in this relationship, by Democratic and Republican administrations, with mixed results. Using her extraordinary decades-long experience as scholar and government insider, along with her trenchant analysis of what makes Russia's foreign and domestic policy tick, Stent explains what has worked, what has not—and why. The U.S.-Russian relationship will remain a limited partnership, she predicts, until the bonds of Cold War thinking—on both sides—can be broken."—Jill Dougherty, CNN's foreign affairs correspondent

"This is the first book to cover the full sweep and complexity of U.S.-Russian relations since the end of the Cold War. It is likely to remain the best work on the subject for a long time to come. Stent brings to the saga a narrative verve and personal knowledge of many of the main characters, amassed in her distinguished career as a scholar and government official. A triumph and a major contribution."—Strobe Talbott, Brookings Institution

"The Limits of Partnership offers a comprehensive overview of U.S.-Russian relations since the collapse of the Soviet Union. I know of no other book that explains why the post-Soviet bilateral relationship has never lived up to expectations."—Fiona Hill, Brookings Institution

"Stent's argument is richly developed, covering a wide swath of the U.S.-Russian bilateral policy agenda and buttressed by a great deal of historical detail, at least some of which will be new to most readers. The Limits of Partnership is clearly the product of assiduous research, and profits as well from Stent's personal experience in the politics of U.S. policymaking toward Russia."—Robert C. Nurick, Atlantic Council