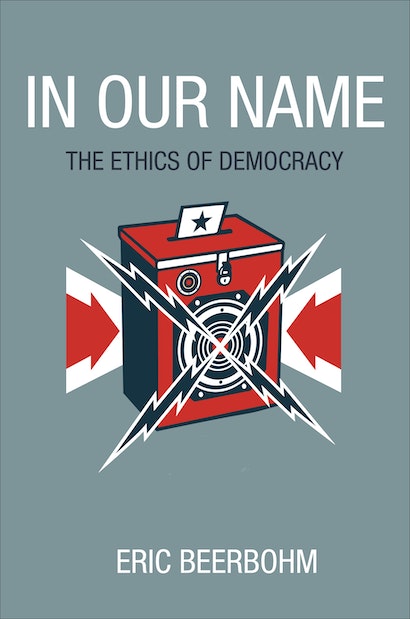 When a government in a democracy acts in our name, are we, as citizens, responsible for those acts? What if the government commits a moral crime? The protestor’s slogan — “Not in our name!” — testifies to the need to separate ourselves from the wrongs of our leaders. Yet the idea that individual citizens might bear a special responsibility for political wrongdoing is deeply puzzling for ordinary morality and leading theories of democracy. In Our Name explains how citizens may be morally exposed to the failures of their representatives and state institutions, and how complicity is the professional hazard of democratic citizenship. Confronting the ethical challenges that citizens are faced with in a self-governing democracy, Eric Beerbohm proposes institutional remedies for dealing with them.


Beerbohm questions prevailing theories of democracy for failing to account for our dual position as both citizens and subjects. Showing that the obligation to participate in the democratic process is even greater when we risk serving as accomplices to wrongdoing, Beerbohm argues for a distinctive division of labor between citizens and their representatives that charges lawmakers with the responsibility of incorporating their constituents’ moral principles into their reasoning about policy. Grappling with the practical issues of democratic decision making, In Our Name engages with political science, law, and psychology to envision mechanisms for citizens seeking to avoid democratic complicity.

Eric Beerbohm is professor of government and director of graduate fellowships for the Safra Center for Ethics at Harvard University. 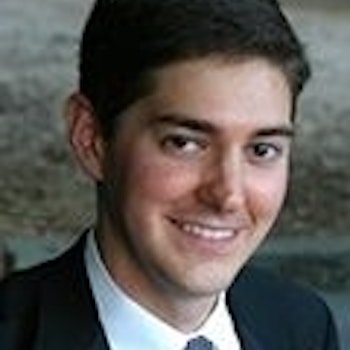 "Beerbohm addresses crucially important questions with philosophical insight and some imagination: When are people in a democratic system complicit in and responsible for unjust government actions and structures? What is required of citizens under unjust circumstances?"—Choice

"Beerbohm's research and range are impressive; he is precise in definition and argumentation: he tests his proposed principles against a staggering variety of hypothetical situations (and the occasional real one): and he is fearless in suggesting that our current political practices may defy justification. . . . Although other books have sought to treat the theme of citizen complicity in public wrongdoing, none approaches this one in its care, seriousness, and sophistication."—Andrew Sabl, Perspectives on Politics

"[T]he book provides us with a breathtakingly expansive, and ultimately compelling, account of citizens' duties within representative government. In Our Name is a distinctive and important contribution to democratic theory."—Melissa Schwartzberg, Notre Dame Philosophical Reviews

"Beerbohm's contribution can be considered obligatory reading for political philosophers who occupy themselves with questions related to the moral implication of citizens in policy writing and execution by their elected officials and with democratic agency in general."—Jos Leys, Ethical Perspectives

"Combining wide learning with a tenacious and undogmatic focus on the problems of democratic citizenship, Beerbohm has written a book that identifies fresh solutions to some important problems and should become a key reference point for democratic theorists."—Matthew Festenstein, Political Studies Review

"Are citizens in a democracy complicit in the injustices perpetrated by a state that acts in their name? Yes they are, argues Eric Beerbohm. In Our Name is a major statement in democratic theory that develops a novel approach to the relationship between citizen and representative. This book will reorient our understanding of the nature of representation in a democracy and appeal to philosophers, political theorists, and social scientists alike."—Rob Reich, Stanford University

"In Our Name explores the moral and epistemic predicament of the democratic citizen, analyzing the ethics of participation, belief, and delegation that condition the responsibilities of citizens and their political representatives. Drawing on a distinctive theory of action, this account of complicity powerfully challenges the understanding of our duties as citizens."—Melissa Lane, author of Eco-Republic

"This book sets forth a highly innovative way of thinking about the meaning of democracy. Resisting the familiar claim that individuals have little or no causal impact on democratic laws or policies, Beerbohm makes the case for a compelling new vision of self-government. Emphasizing the centrality of individual responsibility in collective decision making, Beerbohm opens a path that other scholars working in democratic theory will have to walk through in the future."—Corey Brettschneider, Brown University

"This sharp and keenly argued book seeks to clarify the decision-making responsibilities of citizens and their representatives, given the complex ways in which they can be complicit in unjust political actions. Beerbohm offers a new ethics of participation grounded in the idea of citizens as political coprincipals and he provides institutional mechanisms to guide citizens' thoughts, decisions, and actions in democratic life."—Lucas Swaine, Dartmouth College