The remarkable scientific story of how Earth became an oxygenated planet 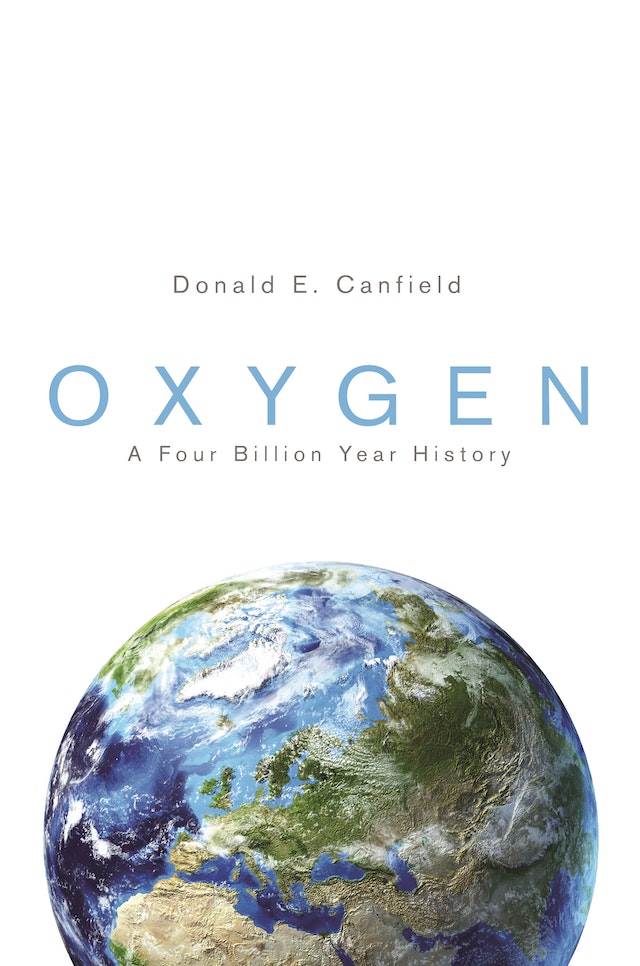 The air we breathe is twenty-one percent oxygen, an amount higher than on any other known world. While we may take our air for granted, Earth was not always an oxygenated planet. How did it become this way? Donald Canfield—one of the world’s leading authorities on geochemistry, earth history, and the early oceans—covers this vast history, emphasizing its relationship to the evolution of life and the evolving chemistry of the Earth. Canfield guides readers through the various lines of scientific evidence, considers some of the wrong turns and dead ends along the way, and highlights the scientists and researchers who have made key discoveries in the field. Showing how Earth’s atmosphere developed over time, Oxygen takes readers on a remarkable journey through the history of the oxygenation of our planet.

Donald E. Canfield is professor of ecology at the University of Southern Denmark.

"His excellent descriptions of the scientific process show how competing hypotheses, and the scientists who present them, vie for supremacy. Canfield also offers a philosophical perspective: scientific understanding provides true insight into the structure of the natural world."—Publishers Weekly

"An ecologist's ambitious, engrossing primer on the key atmospheric element, ranging from the 'great oxidation event' to photosynthesis."—Barbara Kiser, Nature

"Concise and easily read, Oxygen provides an ideal starting block for those interested in learning about Earth's O2 history and, more broadly, the function and history of biogeochemical cycles. . . . The endnotes provide valuable entries for readers who wish to explore particular points in greater depth and, in other cases, enable brief digressions for interesting personal notes without disrupting the logical thread of a given concept. And the detailed bibliography captures a vast swath of the relevant primary literature. I highly recommend Canfield's book for anyone with even a remote interest in Earth history, as O2 singularly encompasses much of what makes our planet special."—Woodward W. Fischer, Science

"Oxygen takes readers on a remarkable journey through the history of the oxygenation of our planet."—Devorah Bennu, GrrlScientist

"This is the sort of science writing we would all do well to read more of. . . . Engage[s] with the ambiguity of a world where evidence is imperfect, knowledge evolves, and mistakes can be made in interpreting the data."—Ian Scheffler, Los Angeles Review of Books

"Oxygen: A Four Billion Year History will be an entertaining and informative read, however, for anyone with a serious interest in the long-term history of the Earth: students contemplating working in the area and specialists in related disciplines as well as engaged general readers."—Danny Yee, Danny Reviews

"Written as an accessible introduction, with anecdotes sprinkled throughout, bringing the scientists' personalities to life. . . . It would make a solid overview for any university biology or geology student."—Wade M. Lee, Library Journal

"Scientific understanding of the role of oxygen in the ancient oceans and atmosphere has taken major steps forward only recently; this book . . . is written by a man who made significant contributions to this new understanding. Canfield wrote a seminal paper on ancient ocean chemistry and has spent his career studying the geochemistry of lakes and oceans. . . . To make the discussion more accessible to nonscientists, the technical portions of the discussion are provided as notes at the end of the book."—Choice

"Given the complexity and breath of the material, the narrative has a light touch and is scattered with anecdotes about the scientists and adventures involved in the story, giving a real sense of the human endeavor. As well as the fascinating subject matter itself, the overriding impression is one of exhilaration and sheer enjoyment in pursuing this most fundamental, yet challenging, of scientific quests. Highly recommended."—Chemistry World

"Canfield shows us how his science is done, and weaves together molecular biology, geology, geochemistry to tell this history of the air we breathe."—David L. Kirchman, Key Reporter

"With humor and humanity, Oxygen captures the excitement of scientific discovery and describes the amazing natural history of how Earth's oxygenated atmosphere came to be."—Ed DeLong, Massachusetts Institute of Technology

"A fascinating, accessible tour through the history of atmospheric oxygen, written by one of the world's top geobiologists. Canfield takes the reader from the anaerobic early Archean Earth up through the modern highly oxygenated environment, providing pointers to the relevant scientific literature along the way. Even experts in this field will learn things from his book."—James Kasting, author of How to Find a Habitable Planet

"In Oxygen, Don Canfield recounts two epics in one—the evolution of breathable air over the entirety of Earth history, and the equally engaging account of how scientists have reconstructed this history from chemical details in ancient rocks. Even those who know the story well, or think they do, will find much food for thought."—Andrew Knoll, Harvard University, author of Life on a Young Planet: The First Three Billion Years of Evolution on Earth

"Canfield takes us on a journey through the discovery of what produces oxygen, how oxygen evolved on the planet, and how that evolution influenced other aspects of planetary evolution. An enjoyable book."—Lee Kump, coauthor of The Earth System

"This is a wonderful introduction to the most important event in Earth history—the rise of oxygen in the atmosphere. Canfield shares his broad and deep grasp of the field, his research leadership, his respect and admiration for the work of others, and his excitement and healthy skepticism about what we know—and still need to know."—Timothy W. Lyons, University of California, Riverside