A prehistory of today's humanities, from ancient Greece to the early twentieth century 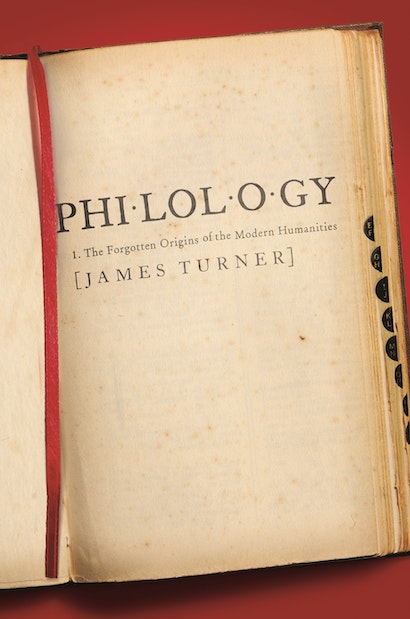 Many today do not recognize the word, but “philology” was for centuries nearly synonymous with humanistic intellectual life, encompassing not only the study of Greek and Roman literature and the Bible but also all other studies of language and literature, as well as history, culture, art, and more. In short, philology was the queen of the human sciences. How did it become little more than an archaic word?

In Philology, the first history of Western humanistic learning as a connected whole ever published in English, James Turner tells the fascinating, forgotten story of how the study of languages and texts led to the modern humanities and the modern university. The humanities today face a crisis of relevance, if not of meaning and purpose. Understanding their common origins—and what they still share—has never been more urgent.

James Turner is the Cavanaugh Professor of Humanities Emeritus at the University of Notre Dame, where he taught in the History Department and the doctoral program in history and philosophy of science. 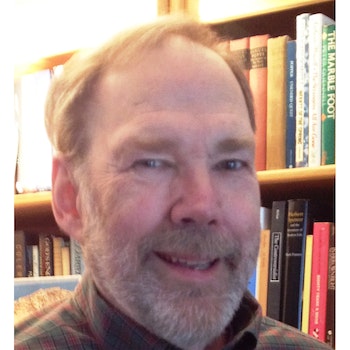 "[A] book written with passion and verve by an author who cares deeply about his subject."—Peter N. Miller, Times Literary Supplement

"[A] substantial survey of the growth of scholarship. . . . Only a brute would resist his argument, since the volume of evidence he has amassed really does warrant the use of the verb 'amass', and his purpose is manifestly good."—Colin Burrow, London Review of Books

"James Turner's book on 'philology' must be the most wide-ranging work of intellectual history for many years."—Tom Shippey, Wall Street Journal

"[Turner] traces philology's origins and history, from Greek rhetoric to the Renaissance, on through the dawn of the modern humanities in the 19th-century and finally into its 20th-century decline. The story he tells is of a wide-ranging, all-encompassing field of learning that was forced to grow, evolve, and eventually spawn its successors over the centuries. . . . Thorough, occasionally wry, passionate . . . the sort of work that may be heralded as a masterpiece in the field."—Publishers Weekly

"[Turner] undertakes the mother of all thankless tasks: a comprehensive history of 'the queen of the human sciences,' the multiform discipline of philology. It's a stupendous work of scholarship and synergy, and nobody knows better than its author the uphill struggle before it. . . . The end result is the best and liveliest book (indeed, one of the only books of its kind that I know of) about philology ever written."—Steve Donoghue, Open Letters Monthly

"A rich intellectual history of what many American scholars would describe as the long lost art and science of philology."—Peter Sacks, Minding the Campus

"Very thorough and yet easy to read. . . . Scholars and students will find this a rewarding volume. Turner does a fantastic job of introducing how the history of philology is also, in turn, a chronicle of the various branches of the humanities and why looking at this connection might help demonstrate the humanities' worth among academic disciplines."—Scott Duimstra, Library Journal

"Sell all the books you have which purport to explain the nature of the academic disciplines and buy James Turner's Philology: The Forgotten Origins of the Modern Humanities. If you want to understand higher education in its current configuration of departments, divisions, and professional associations, I can commend no better book. . . . Mind-invigoratingly entertaining."—Timothy Larsen, Books & Culture

"The fluent and highly accessible way in which James Turner, Cavanaugh Professor of Humanities at the University of Notre Dame, recounts the evolution of the science of philology makes for relatively easy reading, which is especially exceptional when one considers the complexity of the subject."—Lois Henderson, bookpleasures.com

"The fact that I can't tell you exactly what Philology means—and I bet not many others can either—makes James Turner's book of the same name an intriguing prospect."—Julian Baggini, Observer

"The fluent and highly accessible way in which James Turner . . . recounts the evolution of the science of philology makes for relatively easy reading, which is especially exceptional when one considers the complexity of the subject matter of this 550-page book. . . . His competence and ease in exploring a subject to which he has devoted much of his own academic career instills a sense of trust in the reader that this is an expert who is not only on intimate terms with his material, but who is also vitally concerned with conveying his understanding of the matter to his readers, no matter how new they are to the field."—Lois Henderson, Book Pleasures

"Deft intellectual history. . . . As Philology illustrates, more generous spirits—call them multidisciplinary research and learning—have always presided over the pursuit of the humanities. Even in earlier guises, the humanities never had it easy. Then as now, they had to contend with turbulent times and changing social and political pressures. But given all that philology has unearthed, we should honor its legacy, as Turner does in his definitive study."—Sunil Iyengar, Washington Post

"Monumental and capacious achievement. . . . Turner argues his case through scores of context-rich accounts of scholars and scholarship, and with a narrative verve."—Geoffrey Galt Harpham, Times Higher Education

"Impressive in its scholarship. . . . [Turner] takes readers on a detailed journey beginning with the Presocratics, with the bulk of the book devoted to the 19th and early 20th centuries."—Susan Kristol, Weekly Standard

"Turner's Philology reads like a caffeine-fuelled love letter to the great polymaths of the past."—Adam Smyth, Literary Review

"[I]f you are keen to gain clear sight of philology as a broad field of interest and get to grips with the progress of this fascinating subject through ancient and modern times, indeed, to get a righteous sense of its worth and the scholarly world's loss at its distribution around the humanities, then you will enjoy James Turner's engaging writing style and thorough erudition."—Andrew Doig, Journal of Pedagogic Development

"Turner's book will serve as a reference point for the history of learning in the English speaking world and beyond for a long time to come. In the attention it brings to the common armature uniting humanistic scholarship of whatever sort, it serves as a sort of genial provocation: self-professed philologists now have at our disposal a gracefully composed and thoroughly documented work in which to learn of (or remind ourselves of) our own intellectual genealogy, and with which to educate those less aware of the shared past, and common future, of humanistic learning."—Whitney Cox, Bryn Mawr Classical Review

"Turner's Philology is an impressive and hugely industrious work of scholarship. The telling of the tale is well-paced, not racy but not douce either, and nice turns of phrase are pleasingly peppered across his text."—Sean Sheehan, Dublin Review of Books

"Expansive and erudite. . . . On this journey, Turner is a superb guide and the book is a pleasure to read. And, indeed, that is one of its chief merits: with his lively, masterful work, Turner reminds and inspires us of how to write history well."—Janet Martin-Nielsen, Journal of the History of the Behavioral Sciences

"[An] immensely learned and good-humored history of a wooly discipline nearly as hard to define as the modern humanities themselves. . . . The ardor Turner brings to his story is indicative of his own intense affection for philology's practitioners."—Edward G. Gray, Reviews in American History

"This is well written, fairly priced, a boon and a bargain."—Bibliotheque d'Humanisme et Renaissance

"[Philology is] never boring for anybody with an interest in the ways we can discover and uncover the ways in which our fellow human beings have used and are using language. Every page of this book contains something new."—Variants

"Finally, we have a careful study of the historical foundations in philology of most of the modern humanistic disciplines. Turner shows in detail how these disciplines—including art history, linguistics, religious studies, anthropology, classics, and literary scholarship—developed out of philology in a dynamic similar to that by which the physical sciences emerged out of natural philosophy and the social sciences out of moral philosophy."—David A. Hollinger, University of California, Berkeley

"This very important and necessary book displays the qualities that have long marked James Turner's scholarship—deftness, wit, and clarity. This is a work whose humanity matches that of its subject."—Michael O'Brien, University of Cambridge

"This fascinating book makes a powerful argument: that the modern humanities derived in large part from the broad tradition of philology. This genealogy, Turner shows, clarifies the origins of both the modern research university and its disciplines, and explains similarities between such apparently diverse fields as history and comparative religion. He offers a compelling account of the role that biblical studies played in the intellectual history of modern Britain and America, and he makes sense of the development of modern literary studies in a way that no historian has managed to before. This is a gripping intellectual detective story."—Anthony Grafton, Princeton University