Important essays from one of the giants of literary criticism, including a dozen published here in English for the first time 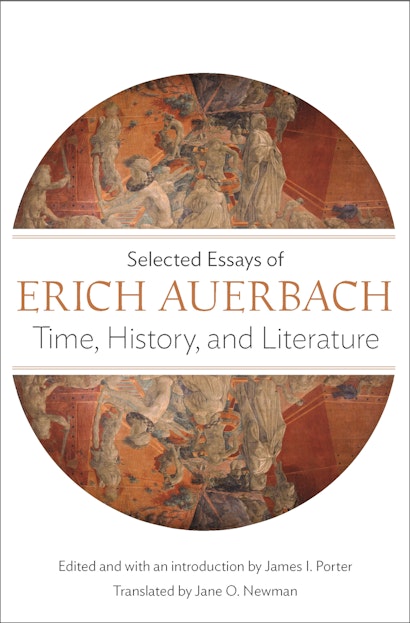 Erich Auerbach (1892-1957), best known for his classic literary study Mimesis, is celebrated today as a founder of comparative literature, a forerunner of secular criticism, and a prophet of global literary studies. Yet the true depth of Auerbach’s thinking and writing remains unplumbed. Time, History, and Literature presents a wide selection of Auerbach’s essays, many of which are little known outside the German-speaking world. Of the twenty essays culled for this volume from the full length of his career, twelve have never appeared in English before, and one is being published for the first time.

Foregrounded in this major new collection are Auerbach’s complex relationship to the Judaeo-Christian tradition, his philosophy of time and history, and his theory of human ethics and responsible action. Auerbach effectively charts out the difficult discovery, in the wake of Christianity, of the sensuous, the earthly, and the human and social worlds. A number of the essays reflect Auerbach’s responses to an increasingly hostile National Socialist environment. These writings offer a challenging model of intellectual engagement, one that remains as compelling today as it was in Auerbach’s own time.

"The 20 essays collected here—many of them translated from the German for the first time—bear out editor Porter's contention that Auerbach (1892-1957), best known for his literary study Mimesis, was one of the 20th century's great literary critics. . . . Those well-versed in comparative literature will find his insights stimulating."—Publishers Weekly

"Editor Porter purposefully organizes Auerbach's writings . . . in order to sketch a historical panorama of erudite language to predictions for future literary invention. He skillfully accomplishes these goals by drawing out examples of Auerbach's writing focused on humans and their language as earthly (irdisch) artifacts, each created with a historical perspective, not just as poetic language steeped in spiritual motifs alone. . . . [S]uited for literary theorists writing from disparate paradigms and for most scholars from the humanities engaged in granularly close readings pursuing the understanding of writing as one of many human creations."—Library Journal

"For scholar and non-academic alike, this work is of extreme importance, especially given the relatively scanty number of works available on such a key figure to the development of the study of comparative literature."—Lois Henderson, BookPleasures.com

"This collection will be invaluable to anyone studying literary theory, historiography, or cultural studies."—Choice

"The publication of Time, History, and Literature: Selected Essays of Erich Auerbach provides an excellent opportunity to witness a master philologist at work."—Joseph Epstein, Weekly Standard

"[A] career-spanning collection that includes several essays which are appearing in English for the first time. . . . [E]xcellent introduction. . . . One of the most valuable aspects of this volume is that these essays set out . . . the extent of Auerbach's intellectual debt to Vico, whom he credits as the first methodical theorist of history. . . . The densely written, subtle essays towards the end of Time, Literature, and History . . . are models of careful scholarly contextualization and analysis."—James Ley, Sydney Review of Books

"It would be more accurate to say, then, that Auerbach did not fight against the German philological tradition but rather fought over it, so as to integrate it with the wider Western European tradition and its humanistic legacy. The essays in this excellent edition alongside Mimesis attest that he accomplished that mission to perfection."—Joseph Mali, European Legacy

"Even the most enthusiastic readers of Erich Auerbach's Mimesis will be surprised by the extent to which this collection of essays changes the appreciation of Auerbach's work. Shifting from the New Critical fluency of his historical readings, these selections pay closer attention to the relation between forms of language and the transformation of the world through human thought and behavior. This revelatory book presents a new view of Auerbach, whose work gains in philosophical pertinence and complexity."—Hans Ulrich Gumbrecht, Stanford University

"At last, a book that exposes the audacity of Auerbach's philosophical anthropology. Thanks to her deep understanding of the nuances of German, Jane Newman skillfully captures the intricate rhythms and verbal creativity of Auerbach's prose. James Porter, meanwhile, shows us the hidden genius of Auerbach as a thinker who reveals the beauty and terror of history and the people who make it."—Stephen G. Nichols, James M. Beall Professor Emeritus of French and Humanities, Johns Hopkins University

"The brilliant, innovative, and eminently sophisticated essays in this vitally important and long-overdue book demonstrate not only the breadth of Auerbach's erudition, but also the continued relevance of his work for literary scholars today. A stunning achievement."—John Hamilton, Harvard University