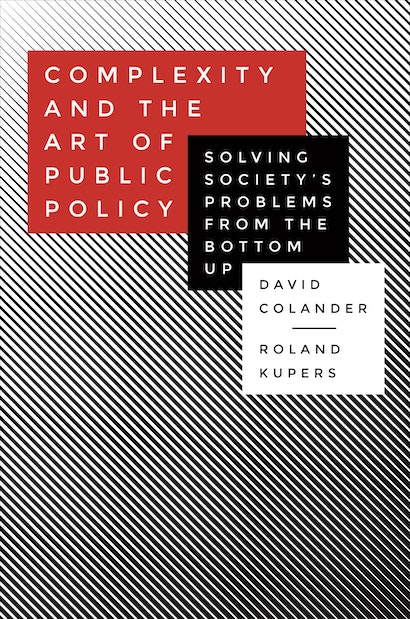 Complexity science—made possible by modern analytical and computational advances—is changing the way we think about social systems and social theory. Unfortunately, economists’ policy models have not kept up and are stuck in either a market fundamentalist or government control narrative. While these standard narratives are useful in some cases, they are damaging in others, directing thinking away from creative, innovative policy solutions. Complexity and the Art of Public Policy outlines a new, more flexible policy narrative, which envisions society as a complex evolving system that is uncontrollable but can be influenced.

David Colander and Roland Kupers describe how economists and society became locked into the current policy framework, and lay out fresh alternatives for framing policy questions. Offering original solutions to stubborn problems, the complexity narrative builds on broader philosophical traditions, such as those in the work of John Stuart Mill, to suggest initiatives that the authors call “activist laissez-faire” policies. Colander and Kupers develop innovative bottom-up solutions that, through new institutional structures such as for-benefit corporations, channel individuals’ social instincts into solving societal problems, making profits a tool for change rather than a goal. They argue that a central role for government in this complexity framework is to foster an ecostructure within which diverse forms of social entrepreneurship can emerge and blossom.

David Colander is professor of economics at Middlebury College and the author of The Making of an Economist, Redux (Princeton). Roland Kupers is an associate fellow in the Smith School of Enterprise and the Environment at the University of Oxford. He is the coauthor of The Essence of Scenarios: Learning from the Shell Experience. 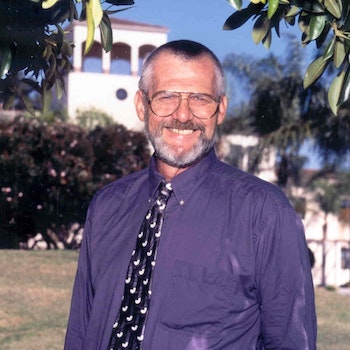 "Colander and Kupers reframe the standard public policy debate in terms of complexity theory and describe their approach as evolutionary. . . . The authors provide a strong case that current positions, government control, and market fundamentalism are inadequate to addressing contemporary social problems. . . . Recommended for public policy specialists who seek a qualitative introduction to complexity theory and its application to social issues."—Jennifer M. Miller, Library Journal

"[A]n inspiring new book. . . . Colander and Kupers's book ought to be on every policy maker's reading list."—Mark Buchanan, Bloomberg View

"Complexity and the Art of Public Policy is a milestone in the application of scientific knowledge to problem solving in the real world. If it is widely read and applied, it is not an exaggeration to say that the world will become a better place."—David Sloan Wilson, This View of Life

"[I]deal for anyone with a serious interest in economics and public policy."—ValueWalk

"This is a must read for anyone interested in understanding the potential of a complexity approach for public and economic policy. . . . It is intellectually stimulating and might inspire new research and applications of social simulation as a policy modelling tool."—Flaminio Squazzoni, JASSS

"A much-needed, fresh view of policy. It is based neither on free market ideology nor on heavy government control, but on seeing the economy as an always evolving complex system that can be guided toward desirable outcomes. An important book that will change how policies are made."—W. Brian Arthur, Santa Fe Institute

"Complexity and the Art of Public Policy helps readers understand how politics and business are part of a large sophisticated social system and how the critical issues and transitions of this system can be driven successfully."—Dick Benschop, president-director of Shell Netherlands and former deputy minister of foreign affairs for the Netherlands

"We live in an increasingly interconnected world that generates hugely wicked problems—managing this complexity will be the hallmark of good governments. In this book, Colander and Kupers show how complexity is relevant to policymaking and present a rich menu of ideas for governments wanting to function better in today's intricate operating environment. It deserves to be read by all policymakers."—Peter Ho, Centre for Strategic Futures, Singapore

"Easily one of the best policy and economics books I've read in a long time. It should be widely read and studied by policymakers, students of public policy, and the informed public alike."—David W. Orr, Oberlin College and the Cleveland Foundation

"A blend of common sense, historical knowledge, and the latest developments in complexity theory, this book shows what's wrong with the current policy narrative, and offers an exciting alternative."—Martin Reeves, director of the BCG Strategy Institute

"This book describes how economics got us stuck into two competing policy narratives, and how complexity provides a new way forward. Policymakers everywhere should read it."—Andrew Steer, president and CEO of the World Resources Institute

"This accessible and well-researched book argues that the world in which our leaders govern has become increasingly complex and interconnected, with the potential for unexpected, harmful events, such as market crashes and political uprisings. Complexity, though, should not be avoided. Properly harnessed, the drivers of complexity can produce constant innovation while maintaining system-level robustness. Achieving those ends requires an understanding of the bottom-up thinking so engagingly presented in this book."—Scott Page, University of Michigan