A landmark study of racism, inequality, and police violence that continues to hold important lessons today 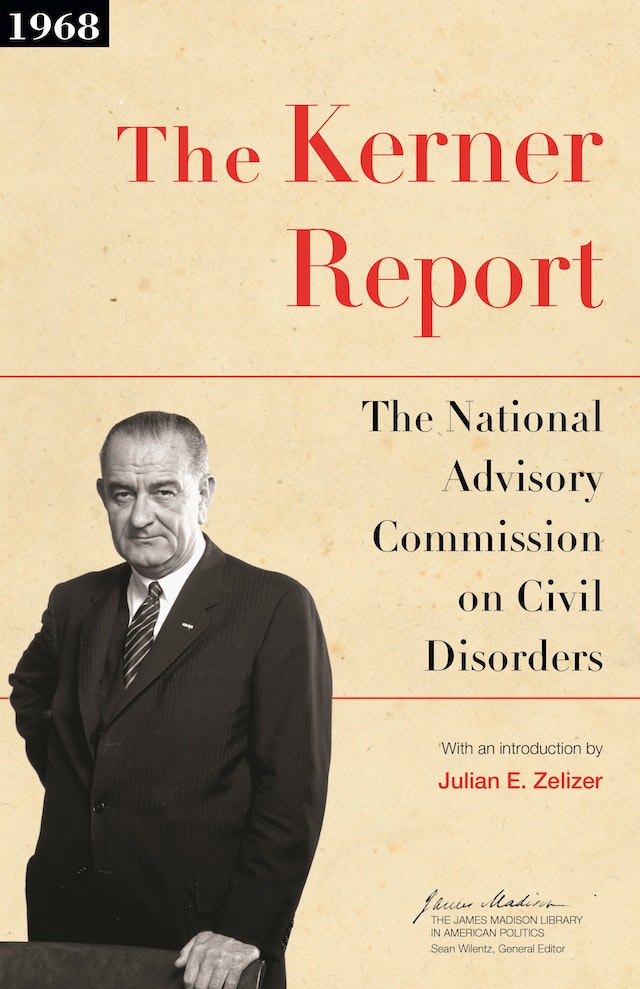 The Kerner Report is a powerful window into the roots of racism and inequality in the United States. Hailed by Martin Luther King Jr. as a “physician’s warning of approaching death, with a prescription for life,” this historic study was produced by a presidential commission established by Lyndon Johnson, chaired by former Illinois governor Otto Kerner, and provides a riveting account of the riots that shook 1960s America. The commission pointed to the polarization of American society, white racism, economic inopportunity, and other factors, arguing that only “a compassionate, massive, and sustained” effort could reverse the troubling reality of a racially divided, separate, and unequal society. Conservatives criticized the report as a justification of lawless violence while leftist radicals complained that Kerner didn’t go far enough. But for most Americans, this report was an eye-opening account of what was wrong in race relations.

Drawing together decades of scholarship showing the widespread and ingrained nature of racism, The Kerner Report provided an important set of arguments about what the nation needs to do to achieve racial justice, one that is familiar in today’s climate. Presented here with an introduction by historian Julian Zelizer, The Kerner Report deserves renewed attention in America’s continuing struggle to achieve true parity in race relations, income, employment, education, and other critical areas.

"Some aspects of the report may resonate even more loudly today than they did in the late 1960s. For example, the commission’s repeated emphasis on the role of police brutality in alienating black citizens and sowing the seeds of urban discontent now assumes added significance, given the many images of unarmed black men whose deaths at the hands of the state have been seared into the national psyche. Indeed, some of the report’s assessments could—eerily and depressingly—have been written yesterday to describe America’s recent racial disturbances, in locales ranging from Ferguson, Missouri, to Baltimore, Maryland: 'Almost invariably the incident that ignites disorder arises from police action.'"—Justin Driver, The Atlantic

"The Kerner Report is one of the seminal documents in understanding American race relations and the origins of urban unrest, and was an instant bestseller when it was published in March 1968—inspiring one of the most wide-ranging debates about race in recent American history. I hope that this book helps spark a new national conversation."—Steven M. Gillon, author of Separate and Unequal: The Kerner Commission and the Unraveling of American Liberalism

"First released in 1968, The Kerner Commission Report offered a blunt assessment of the United States as two nations, black and white, and generated intense debate. Recent commentators have referred to the report, particularly in light of intensifying police-community hostility and persistent racial inequality. Readable and timely, The Kerner Report is likely to find a wide audience."—Thomas J. Sugrue, author of The Origins of the Urban Crisis: Race and Inequality in Postwar Detroit