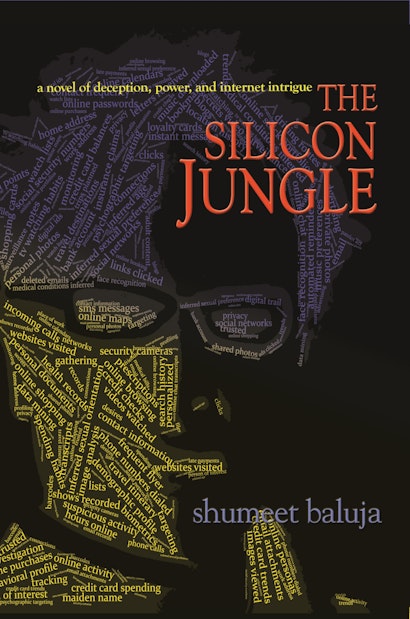 What happens when a naive intern is granted unfettered access to people’s most private thoughts and actions? Stephen Thorpe lands a coveted internship at Ubatoo, an Internet empire that provides its users with popular online services, from a search engine and e-mail, to social networking. When Stephen’s boss asks him to work on a project with the American Coalition for Civil Liberties, Stephen innocently obliges, believing he is mining Ubatoo’s vast databases to protect people unfairly targeted in the name of national security. But nothing is as it seems. Suspicious individuals surface, doing all they can to access Ubatoo’s wealth of confidential information. This need not require technical wizardry—simply knowing how to manipulate a well-intentioned intern may be enough.

The Silicon Jungle is a cautionary fictional tale of data mining’s promise and peril. Baluja raises ethical questions about contemporary technological innovations, and how minute details can be routinely pieced together into rich profiles that reveal our habits, goals, and secret desires—all ready to be exploited.

Shumeet Baluja is a senior staff research scientist at Google and the inventor of over 100 patents in algorithms, data mining, privacy, and artificial intelligence. 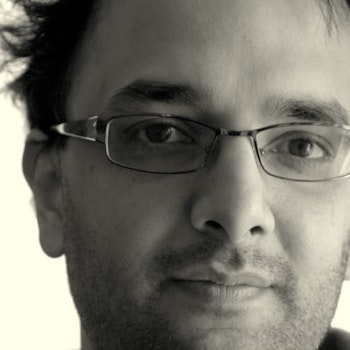 "Baluja's clever, cynical debut explores the frightening possibilities of data mining. . . . A nod to Upton Sinclair's muckraking The Jungle, which scared its readers into regulating the meat-packing industry, this lively if depressing novel suggests that computer snooping is too seductive to control, despite the consequences."—Publishers Weekly

"[F]righteningly convincing. . . . The read is quick, the questions will linger, and the ideas are so intriguing. . . . Baluja simplifies the abstract world of tech-speak for the rest of us while aiming to do for the Internet what Upton Sinclair's The Jungle did for the meat industry: make readers reconsider its safety. For fans of intelligent thrillers."—Stephen Morrow, Library Journal

"In the era of the ubiquitous web company, The Silicon Jungle provides ample food for thought."—Zena Iovino, New Scientist

"[T]his cautionary tale is fascinating for its exploration of technology as a conduit for crime."—Michele Leber, Booklist Online

"The book's central message is fascinating. A company like Google, Baluja points out, has far more information on U.S. citizens than does the FBI and far fewer restrictions on how to use it. It's a chilling message in a fun package."—Kathleen Offenholley, Mathematics Teacher

"A cerebral, cautionary tale. Credible and scary."—Vint Cerf, Google Vice President and Chief Internet Evangelist and one of the "Fathers of the Internet"

"At last, computer science has its equivalent to Scott Turow. Shumeet Baluja not only tells a compelling story, but as an expert in data mining, he also knows his stuff. His story shows how powerful and far-reaching modern search technology can be, and hence, potentially dangerous if not properly controlled. A techno-thriller with a disturbing message."—Keith Devlin, author of The Unfinished Game: Pascal, Fermat, and the Seventeenth-Century Letter that Made the World Modern

"The Silicon Jungle is an engaging and welcome addition to the literature of dystopia. The connections drawn between people, places, products, and internet usage, as well as the data-mining scientists in this suspenseful and alarming novel, show us that the decline of individual freedoms can occur not through weapons and coups, but through profiles germinated from algorithmic seeds."—Gary T. Marx, author of Undercover: Police Surveillance in America

"This novel will open your eyes to issues of privacy on the internet and to the hazards of placing uncritical, blind trust in the people overseeing this vast enterprise. Baluja tells a story about something that could happen to any of us—if you're even modestly concerned about information privacy, this is an important book to read."—Roy Maxion, Carnegie Mellon University

"The Silicon Jungle expertly explores a major 'what if' that should interest anyone who has ever used a cell phone or Wi-Fi connection, or typed a keystroke on a computer connected to the internet. The story is intriguing, well researched, well written, and frighteningly probable. A delightfully entertaining and thought-provoking read for all."—Retired Senior Official, National Security Agency

"This novel does an excellent job of introducing the ideas behind data mining and provides greater insight into the process than anything I have seen in fiction. The book presents a number of important issues, both technical and social."—Joseph D. Sloan, Wofford College