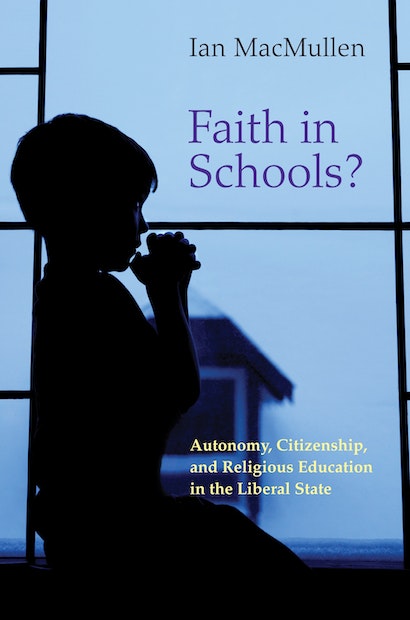 Should a liberal democratic state permit religious schools? Should it fund them? What principles should govern these decisions in a society marked by religious and cultural pluralism? In Faith in Schools?, Ian MacMullen tackles these important questions through both political and educational theory, and he reaches some surprising and provocative conclusions.


MacMullen argues that parents’ desires to educate their children “in the faith” must not be allowed to deny children the opportunity for ongoing rational reflection about their values. Government should safeguard children’s interests in developing as autonomous persons as well as society’s interest in the education of an emerging generation of citizens. But, he writes, liberal theory does not support a strict separation of church and state in education policy.


MacMullen proposes criteria to distinguish religious schools that satisfy legitimate public interests from those that do not. And he argues forcefully that governments should fund every type of school that they permit, rather than favoring upper-income parents by allowing them to buy their way out of the requirements deemed suitable for children educated at public expense. Drawing on psychological research, he proposes public funding of a broad range of religious primary schools, because they can help lay the foundations for young children’s future autonomy. In secondary education, by contrast, even private religious schools ought to be obliged to provide robust exposure to the ideas of other religions, to atheism, and to nonreligious approaches to ethics.

"A political scientist at Washington University in St. Louis and a native of England, where public funding of religious schools is common, MacMullen dissects the educational and political arguments for and against implementation of such a system in the United States. . . . [MacMullen] proposes a solution he believes can satisfy both the wishes of families and the requirements of citizenship."—Education Week

"MacMullen's book is an interesting read, with some significant policy implications. While the book does not necessarily win the case for adopting the author's approach, it succeeds admirably in advancing a more meaningful consideration of the goals of public education policy and whether religious instruction is incompatible with those goals."—Valerie Stoker, Journal of the American Academy of Religion

"Faith in Schools? is a forceful and well-argued contribution to the debate on the place of autonomy both in liberal-democratic schooling and in liberal political theory. The argument is novel, and the author's vigorous defense of the instrumental value of autonomy marks off a controversial position that will prompt a good deal of debate."—Lucas Swaine, author of The Liberal Conscience: Politics and Principle in a World of Religious Pluralism

"This is an impressive book on the political-moral grounds for the regulation and sponsorship of religious schools. Anglo-American political theory has in recent years witnessed a revival of interest in questions about civic education and identity-formation, and Ian MacMullen makes an important contribution to this burgeoning field."—Eamonn Callan, author of Creating Citizens: Political Education and Liberal Democracy