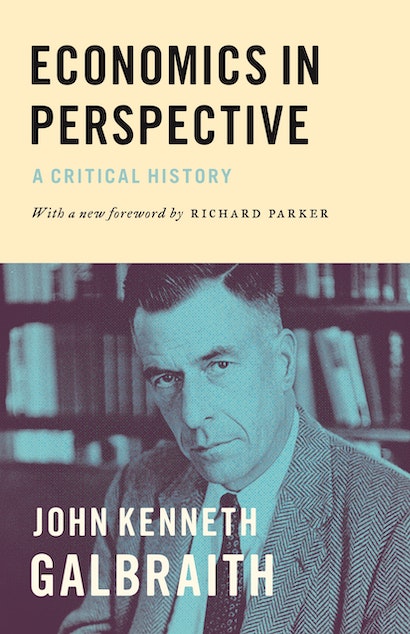 In Economics in Perspective, renowned economist John Kenneth Galbraith presents a compelling and accessible history of economic ideas, from Aristotle through the twentieth century. Examining theories of the past that have a continuing modern resonance, he shows that economics is not a timeless, objective science, but is continually evolving as it is shaped by specific times and places. From Adam Smith’s theories during the Industrial Revolution to those of John Maynard Keynes after the Great Depression, Galbraith demonstrates that if economic ideas are to remain relevant, they must continually adapt to the world they inhabit. A lively examination of economic thought in historical context, Economics in Perspective shows how the field has evolved across the centuries.

"Remarkable. . . . Economics in Perspective will raise Galbraith's reputation among those who already know him and will introduce him to a new generation. More than a quick one-volume review of economic thought, [this book] is a sweeping, often brilliant and always accessible summary of the insights Galbraith has developed."—Los Angeles Times

"Another classic by Galbraith."—Library Journal

"An accomplished annalist as well as an acute analyst, Galbraith offers capsule commentary on significant contributors to the development of economic ideas from Aristotle through Keynes and beyond. . . . [Economics in Perspective] affords an engaging, opinionated introduction to economic theory and practice."—Kirkus