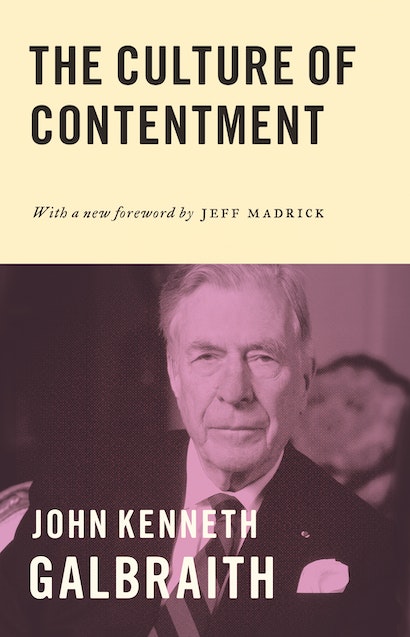 The world has become increasingly separated into the haves and have-nots. In The Culture of Contentment, renowned economist John Kenneth Galbraith shows how a contented class—not the privileged few but the socially and economically advantaged majority—defend their comfortable status at a cost. Middle-class voting against regulation and increased taxation that would remedy pressing social ills has created a culture of immediate gratification, leading to complacency and hampering long-term progress. Only economic disaster, military action, or the eruption of an angry underclass seem capable of changing the status quo. A groundbreaking critique, The Culture of Contentment shows how the complacent majority captures the political process and determines economic policy.

"The Culture of Contentment's core message about rising inequality, lessened economic mobility, and the serene self-satisfaction of those favored by such has been echoed and amplified endlessly in the last decade but rarely so elegantly and deftly."—Richard Parker, Harvard Kennedy School