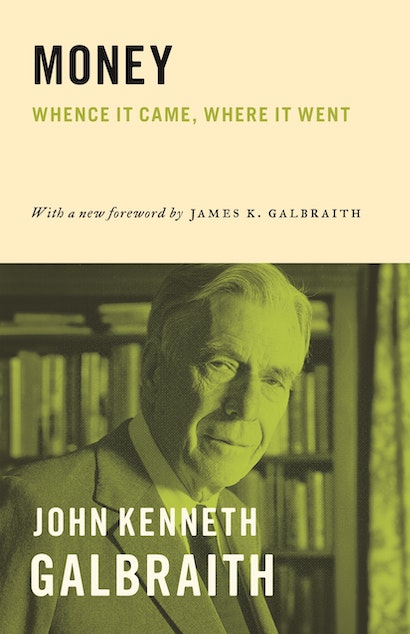 Money is nothing more than what is commonly exchanged for goods or services, so why has understanding it become so complicated? In Money, renowned economist John Kenneth Galbraith cuts through the confusions surrounding the subject to present a compelling and accessible account of a topic that affects us all. He tells the fascinating story of money, the key factors that shaped its development, and the lessons that can be learned from its history. He describes the creation and evolution of monetary systems and explains how finance, credit, and banks work in the global economy. Galbraith also shows that, when it comes to money, nothing is truly new—least of all inflation and fraud.

"No American writer has done more to comfort the afflicted and afflict the comfortable than John Kenneth Galbraith."—USA Today

"With characteristic wit and clarity [Galbraith] suggests that while good money may indeed be driven out by the bad, it is political suicide to assume that the suckers left holding the bad will take it lying down. . . . [T]here is no more current, more judicious, or more entertaining a perspective."—Kirkus Reviews

"Moneyremains the best introduction to the subject available. It is a classic in the history of money and finance."—Steven Pressman, editor of The Legacy of John Kenneth Galbraith