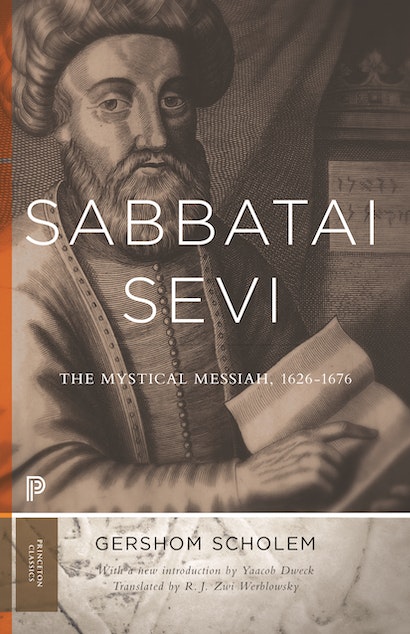 Gershom Scholem stands out among modern thinkers for the richness and power of his historical imagination. A work widely esteemed as his magnum opus, Sabbatai Ṣevi offers a vividly detailed account of the only messianic movement ever to engulf the entire Jewish world. Sabbatai Ṣevi was an obscure kabbalist rabbi of seventeenth-century Turkey who aroused a fervent following that spread over the Jewish world after he declared himself to be the Messiah. The movement suffered a severe blow when Ṣevi was forced to convert to Islam, but a clandestine sect survived. A monumental and revisionary work of Jewish historiography, Sabbatai Ṣevi details Ṣevi’s rise to prominence and stands out for its combination of philological and empirical authority and passion. This edition contains a new introduction by Yaacob Dweck that explains the scholarly importance of Scholem’s work to a new generation of readers.

Gershom Scholem (1897–1982) was one of the most important Jewish intellectuals of the twentieth century and the father of the academic study of Jewish mysticism. He was a professor at the Hebrew University in Jerusalem. Yaacob Dweck is associate professor of history and Judaic studies at Princeton University. He is the author of The Scandal of Kabbalah (Princeton).

"Scholem's scholarship betrays an alert presentness. . . . No great textual scholar, no master of philology and historical criticism commands a technique at once more scrupulously attentive to its object and more instinct with the writer's voice. That voices reaches and grips. . . . [M]agisterial."—New Yorker

"Immensely important and fascinating. . . . A monumental work of historical scholarship, which recounts in minute detail a moving tragedy of vast dimensions."—The New York Review of Books

"Comprehensive. . . the last word on an astonishing episode of Jewish history."—Times Literary Supplement

"A masterful mix of traditional Jewish scholarship and. . . original insight into the psychology of Judaism."—Boston Globe

"Undoubtedly one of the all-time masterpieces of scholarship and intellectual history."—Commonweal

"A major contribution not only to the study of messianic movements but also a study enlightening to the history of the Jewish people."—Jewish Press

"This monumental work is an in-depth study of the charming and now widely known – thanks to Scholem ‒ history of the messianic movement of Sabbatai Ṣevi."—George Koutzakiotis, Historical Review