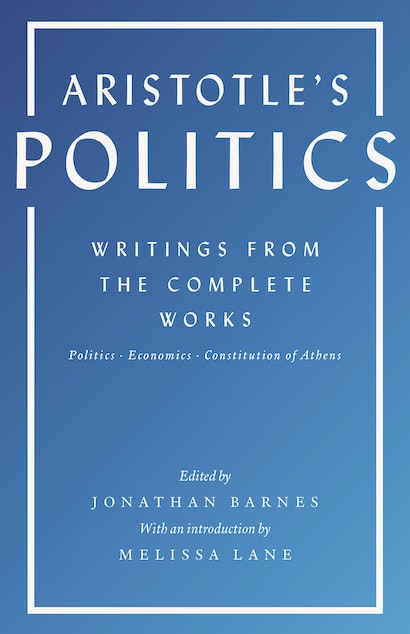 Aristotle was the first philosopher in the Western tradition to address politics systematically and empirically, and he remains a central figure in political theory. This essential volume presents Aristotle’s complete political writings—including his Politics, Economics, and Constitution of Athens—in their most authoritative translations, taken from the complete works that is universally recognized as the standard English edition. Edited by Jonathan Barnes, one of the world’s leading scholars of ancient philosophy, and with an illuminating introduction by Melissa Lane, an authority on ancient political philosophy, this compact but comprehensive volume will be invaluable for all students of politics, philosophy, classics, or Western thought.

Jonathan Barnes taught at the universities of Oxford, Geneva, and Paris-Sorbonne. He has published extensively on ancient philosophy and is the editor of The Complete Works of Aristotle: The Revised Oxford Translation (Princeton). Melissa Lane is professor of politics at Princeton University and the author of The Birth of Politics (Princeton).