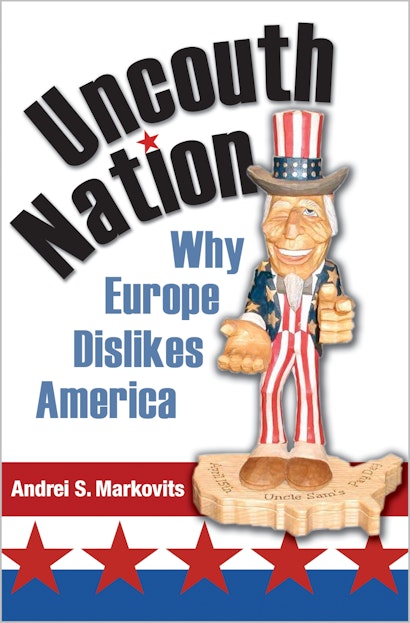 No survey can capture the breadth and depth of the anti-Americanism that has swept Europe in recent years. From ultraconservative Bavarian grandmothers to thirty-year-old socialist activists in Greece, from globalization opponents to corporate executives — Europeans are joining in an ever louder chorus of disdain for America. For the first time, anti-Americanism has become a European lingua franca.


In this sweeping and provocative look at the history of European aversion to America, Andrei Markovits argues that understanding the ubiquity of anti-Americanism since September 11, 2001, requires an appreciation of such sentiments among European elites going back at least to July 4, 1776.


While George W. Bush’s policies have catapulted anti-Americanism into overdrive, particularly in Western Europe, Markovits argues that this loathing has long been driven not by what America does, but by what it is. Focusing on seven Western European countries big and small, he shows how antipathies toward things American embrace aspects of everyday life — such as sports, language, work, education, media, health, and law — that remain far from the purview of the Bush administration’s policies. Aggravating Europeans’ antipathies toward America is their alleged helplessness in the face of an Americanization that they view as inexorably befalling them.


More troubling, Markovits argues, is that this anti-Americanism has cultivated a new strain of anti-Semitism. Above all, he shows that while Europeans are far apart in terms of their everyday lives and shared experiences, their not being American provides them with a powerful common identity — one that elites have already begun to harness in their quest to construct a unified Europe to rival America.

Andrei S. Markovits is Karl W. Deutsch Collegiate Professor of Comparative Politics and German Studies at the University of Michigan. He is the author of six books, including The German Predicament and, most recently, Offside: Soccer and American Exceptionalism (Princeton). 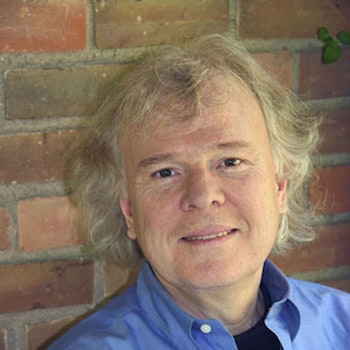 "In Uncouth Nation . . . the subject is the breadth and depth of the anti-Americanism that has swept Europe in recent years. . . . [A] book that promises to explain how Europe's aversion to the US has been catapulted into overdrive by George W. Bush's policies."—Caroline Walsh, Irish Times

"Andrei S. Markovitz unveils . . . the huge misconception, implied or actually believed around the world, that anti-Americanism is something new. He uses a subtle example to demonstrate that it is the opposite: a malignant growth as old as the hills."—Bogdan Kipling, Chronicle Herald

"Andrei S. Markovits sensibly distinguishes between disapproval of the United States for what it does and dislike of the United States for what it is. . . . In a fascinating twist, Markovits highlights the gradual transformation of European anti-Americanism after the Second World War from an ideology of the discredited right to one of the anti-imperialist left. . . . The book offers a great deal of convincing evidence for these assertions, some of it based on survey research, but most of it based on Markovits's deep familiarity with Europe's left-wing scene."—Jeffrey Kopstein, The Globe and Mail

"Markovits documents his arguments extensively, and though he makes his leftist leanings clear, his research convinces him that anti-Americanism isn't about policy but about essence, which precedes it."—Library Journal

"Markovits performs a valuable service. If you wonder where the U.S.-European relationship is heading, Uncouth Nation is a book well-worth reading."—Sasha Abramsky, American Prospect

"The resentment of the United States, [Markovits] shows, has spread far beyond politics, penetrating deep into the pores of everyday European life. . . . In an argument Democrats in particular need to hear, Markovits concludes soberly that European hostility is unlikely to be substantially abated in a post-Bush America because Europe's animosities will remain central to both combating globalization and creating a European identity. Until now, European anti-Americanism has not had widespread consequences. As a practical matter, Europeans have needed to compartmentalize their feelings. But that can change."—Fred Siegel, Blueprint Magazine

"The point underlying this rich and sophisticated book is exactly that, like all other anti-isms, European anti-Americanism reflects a set of prejudices that have more to do with Europe's own problems than with America's.... It is...an invitation to Europe to look more deeply into itself in order to build on solid foundations that new European identity that European elites and masses alike rightly seem so impatient to give birth to... [T]he arguments of the book...should be read and appreciated."—Emiliano Alessandri, International Spectator

"Markovits' stellar, finely researched and written account will take its place in the emergent canon of important works by other prominent intellectuals on the phenomenon of anti-Americanism. . . . Markovits deserves praise and support for daring to take on the topic of anti-Americanism, for challenging the orthodoxy of anti-Americanism and exposing its irrationality, cultural essentialism, and raw reductionisms. . . . The real value of Markovits' book lies . . . in its appeal to thinking and reflective people who have generally considered themselves left of center, but who no longer wish to hide their own prejudices. biases, and hypocrisy from themselves."—Thomas Cushman, Democratiya

"The point underlying this rich and sophisticated book is . . . that, like all other anti-isms, European anti- Americanism reflects a set of prejudices that have more to do with Europe's own problems than with America's. . . . The arguments of the book have been made and should be read and appreciated."—Emiliano Alessandri, International Spectator

In Uncouth Nation, Andrei Markovits provides deep insights into anti-Americanism in Europe today and delves into many of the facets that make the American-European relationship so unique. This book should be read and discussed!"—Joschka Fischer, former Foreign Minister of Germany; and Professor, Woodrow Wilson School, Princeton University

"Anti-Americanism is as old as the Republic—a historical constant, which is only remotely related to specific American behavior. So what is new? Andrei Markovits has delivered the best answer yet, ranging across an astounding wealth of material from politics and culture. Uncouth Nation is a rare academic treat. Rigorous and analytical, the book is also a pleasure to read as it penetrates a critical issue of our time."—Josef Joffe, Publisher and Editor of Die Zeit, and Fellow of the Hoover Institution, Stanford University

"Andrei Markovits does three things in this excellent book: he provides an account of the historical and contemporary forms of European anti-Americanism (and of its close relative, anti-Semitism); he analyzes the roots and causes of this phenomenon; and, best of all, he gives us a running critique of the frequent silliness and malice of the anti-Americans and of their role in fashioning a certain kind, which is not the best possible kind, of pan-European politics."—Michael Walzer, Institute for Advanced Study

"For many years now, Andrei Markovits has been North America's most insightful analyst of European political culture. In Uncouth Nation he has written a near-masterpiece. On page after page, Markovits convincingly demonstrates the all-consuming nature of European anti-Americanism. He shows that, in an era where European collective identity remains in tenuous flux, anti-Americanism has become a mainstay of ersatz ideological cohesion. In a classical instance of ressentiment, Europeans deride America not so much for what it does but because of what it is-an orientation that often says more about contemporary Europe than about its despised trans-Atlantic rival. Uncouth Nation is lucidly argued and mellifluously written. Markovits has provided us with a landmark study in political pathology."—Richard Wolin, Graduate Center, City University of New York author of The Seduction of Unreason

"Disturbing and provocative, this wide-ranging and passionate intervention convenes history, social analysis, and a sense of anxiety to rouse attention to the underside of the European critique of America. Just as it intends, the book will stir comment and debate on both sides of the Atlantic, especially on the Left. For one, I can't wait."—Ira Katznelson, author of When Affirmative Action Was White

"Recent events, from September 11 to the Iraq war to repeated acts of terrorism, have given new vigor to the debate on anti-Americanism. Uncouth Nation contributes significantly to the debate. Its author, who is deeply familiar with both the European and American literature on the subject, has clearly thought a great deal about anti-Americanism and anti-Semitism in his quest to make sense of each as well as to determine how they interact."—Ezra Suleiman, Princeton University, author of Dismantling Democratic States

"Andrei Markovits, with a mix of analytical clarity, historical perspective, and years of personal experience as one of our most informed observers of European politics, offers a challenging, disquieting yet certainly important analysis of views that have entered the continent's political mainstream. While many think or hope that the hostility of recent years is primarily a short-term reaction to the policies of George W. Bush, Markovits makes a compelling case that longer-term currents are at work. Uncouth Nation should be read by policymakers, scholars, and citizens who seek a deeper understanding of recent tensions and prospects for trans-Atlantic relations and for Europe's future."—Jeffrey Herf, University of Maryland, author of The Jewish Enemy: Nazi Propaganda During World War II and the Holocaust