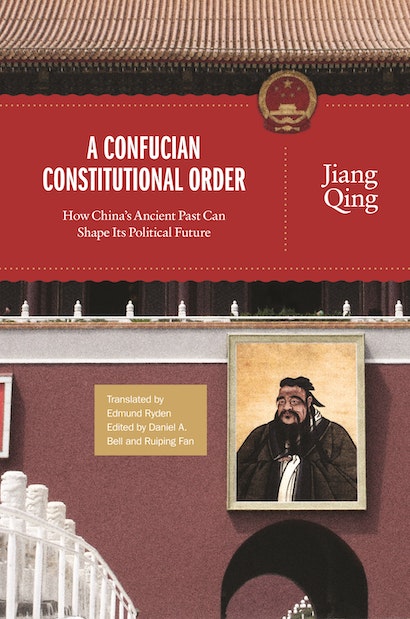 As China continues to transform itself, many assume that the nation will eventually move beyond communism and adopt a Western-style democracy. But could China develop a unique form of government based on its own distinct traditions? Jiang Qing—China’s most original, provocative, and controversial Confucian political thinker—says yes. In this book, he sets out a vision for a Confucian constitutional order that offers a compelling alternative to both the status quo in China and to a Western-style liberal democracy. A Confucian Constitutional Order is the most detailed and systematic work on Confucian constitutionalism to date.

Jiang argues against the democratic view that the consent of the people is the main source of political legitimacy. Instead, he presents a comprehensive way to achieve humane authority based on three sources of political legitimacy, and he derives and defends a proposal for a tricameral legislature that would best represent the Confucian political ideal. He also puts forward proposals for an institution that would curb the power of parliamentarians and for a symbolic monarch who would embody the historical and transgenerational identity of the state. In the latter section of the book, four leading liberal and socialist Chinese critics—Joseph Chan, Chenyang Li, Wang Shaoguang, and Bai Tongdong—critically evaluate Jiang’s theories and Jiang gives detailed responses to their views.

A Confucian Constitutional Order provides a new standard for evaluating political progress in China and enriches the dialogue of possibilities available to this rapidly evolving nation. This book will fascinate students and scholars of Chinese politics, and is essential reading for anyone concerned about China’s political future.

Jiang Qing is the founder and director of the Yangming Confucian Academy in Guizhou, China. His books include Political Confucianism and Life, Faith, and Humane Politics. 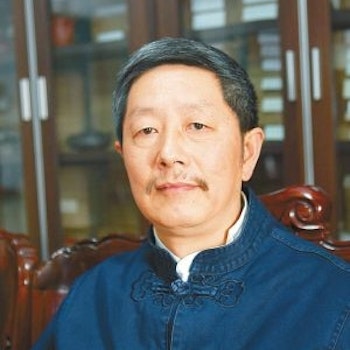 "This thought-provoking volume by Jiang offers a vision for a Confucian constitutional order that may serve as a compelling alternative to both the status quo in China and a Western-style liberal democracy."—Choice

"Qing's ideas are likely to be fairly widely known in China and will probably become more so. . . . [The] book is significant because it breaks new ground by putting forward a fairly detailed proposal by a mainland Chinese academic for a non-Communist future Chinese system."—Kenneth C. Walker, Asian Affairs

"No doubt, the book will generate thought-provoking debates. Although we may not agree with Jiang's political vision, we have to admit that he is a true believer who is not afraid to stand alone. . . . For this, I give the book thumbs up. Last but not least, a special credit goes to Edmund Ryden, the translator, whose superb English rendering makes Jiang's basic political philosophy a fantastic read."—Ellen Y. Zhang, Dao

"[T]his volume helps readers to see that there are many different ways that Confucianism may be able to play roles in political thinking both in China and more generally. Jiang Qing's is an important and provocative perspective."—Stephen C. Angle, Philosophy East and West

"An excellent introduction to Jiang's thought and, more broadly, to some recent developments in the Chinese intellectual scene. Bell and Fan should be congratulated for their efforts, and Edmund Ryden should be proud of his translations. . . . A Confucian Constitutional Order should surely take pride in its place among the Princeton-China Series publications."—Yuri Pines, China Review International

"At the very moment that China is roiling with pressure for change—ethically, politically, and spiritually—Jiang Qing has unveiled a provocative road map that seeks to reconnect the nation's past with its future. This book opens the window on the struggle for China's soul."—Evan Osnos, China correspondent for the New Yorker

"Should Confucianism be treated as an official religion guiding the Chinese state? Or should it serve more as a stimulus for moral cultivation? This volume assembles arguments by one of the most ardent advocates of a religious Confucian constitutional order, together with a number of rejoinders that, without fully endorsing Western liberalism, favor a greater balance between East and West. A fascinating collection for China experts and students of political philosophy."—Fred Dallmayr, University of Notre Dame

"A Confucian Constitutional Order represents the most comprehensive take on this important topic that I have seen. The official position of the Chinese Communist Party in favor of Confucianism as the defining element in Chinese socialism gives Qing's book a prime relevance to the contemporary political scene. The stature and qualifications of the author, editors, and contributors are impressive, and their reflections on Western democracy are significant."—Wm. Theodore de Bary, Columbia University

"Jiang Qing is a contemporary Chinese political thinker whose voice deserves to be heard. We now have before us, for the first time in English, a major statement of Confucian constitutionalism by one of the leading Confucian thinkers working in China today."—Jiwei Ci, University of Hong Kong

"Jiang Qing is a remarkable intellectual and sociological phenomenon, and he is China's most visible proponent of Confucian revivalism. His work engages scholars and he is a courageous and active force for political reform in China. This book will be useful to those who want to learn more about China's most charismatic advocate for traditional Confucian principles."—Justin Tiwald, San Francisco State University