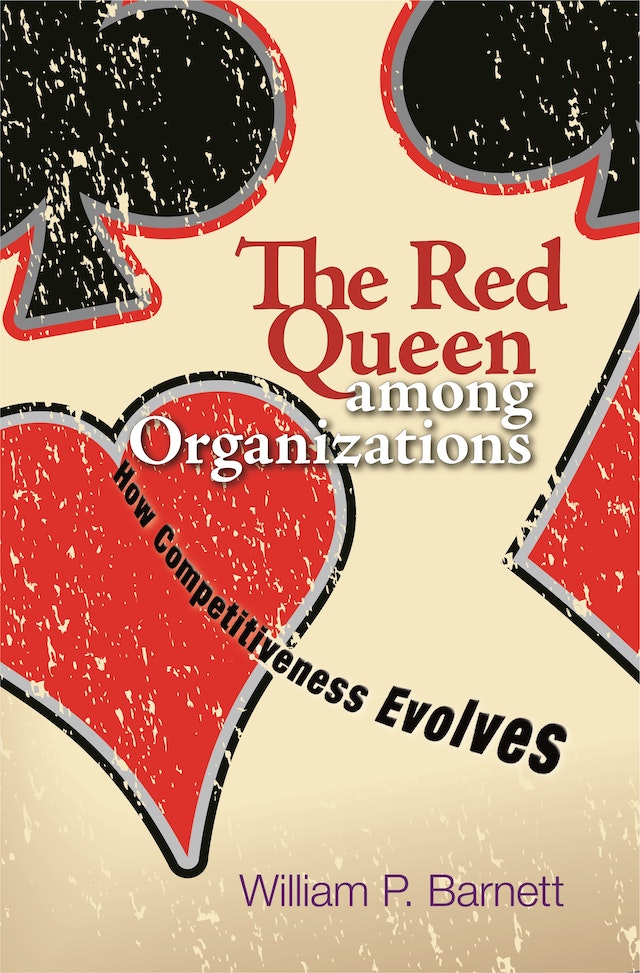 There’s a scene in Lewis Carroll’s Through the Looking Glass in which the Red Queen, having just led a chase with Alice in which neither seems to have moved from the spot where they began, explains to the perplexed girl: “It takes all the running you can do, to keep in the same place.” Evolutionary biologists have used this scene to illustrate the evolutionary arms race among competing species. William Barnett argues that a similar dynamic is at work when organizations compete, shaping how firms and industries evolve over time.


Barnett examines the effects — and unforeseen perils — of competing and winning. He takes a fascinating, in-depth look at two of the most competitive industries — computer manufacturing and commercial banking — and derives some startling conclusions. Organizations that survive competition become stronger competitors — but only in the market contexts in which they succeed. Barnett shows how managers may think their experience will help them thrive in new markets and conditions, when in fact the opposite is likely to be the case. He finds that an organization’s competitiveness at any given moment hinges on the organization’s historical experience. Through Red Queen competition, weaker competitors fail, or they learn and adapt. This in turn heightens the intensity of competition and further strengthens survivors in an ever-evolving dynamic. Written by a leading organizational theorist, The Red Queen among Organizations challenges the prevailing wisdom about competition, revealing it to be a force that can make — and break — even the most successful organization.

"The Red Queen Among Organizations represents outstanding scholarship in the organisational theory field but is sufficiently rooted in the "real world" to be of benefit to business strategists and particularly to MBA and doctoral students in the field of corporate strategy. [I]t is a serious attempt to understand organisational behaviour, and it does it exceptionally well.""—Cary L. Cooper, Times Higher Education

"The main strength of the book is in highlighting the importance of competition in market-based economies for building viable, adaptive organizations."—Jason Potts, Kate Morrison, The Business Economist

"Barnett presents an excellent theoretical account of the evolution of competitiveness, supported by empirical evidence. . . . This ecological theory provides an excellent complement and contrast to many existing theoretical frameworks in strategic management."—J.J. Bailey, Choice

"The most ambitious and important new book is The Red Queen among Organizations, by William P. Barnett. . . . [I]t is the best strategy book of the year because of its main insights: Competition concerns relative performance, not absolute performance; a company's competitiveness is context specific, and contexts can change, giving rise to the competency trap; learning comes from competing, not isolation from competition; and differentiation is desirable as a way to secure rents, but must be pursued in the context of competition, not in the vain hopes of avoiding it."—Phil Rosenzweig, Stratgey & Business

"Barnett's presentation of the Red Queen theory is a well-crafted, nuanced, and thoughtful contribution to the voluminous literature on organizational population change."—David Knoke, American Journal of Sociology

"Engaging and thought-provoking, Barnett's construct of 'learning organizations' that evolve as a function of their particular competitive environment and capabilities is, in my experience, an accurate description of this complex and important corporate dimension. Having spent fifteen years in the disc-drive industry, which is generally regarded as the most competitive segment in the technology marketplace, I strongly recommend this book to anyone concerned with the strategic and organizational issues related to corporate competitiveness."—Steve Luczo, chairman of Seagate Technology

"The Red Queen tells us that corporations and other organizations can run faster, but fall behind because others are running too. Worse, they learn how to run faster by studying the leaders in their race. Barnett's analysis is pathbreaking and equally interesting to academics and practitioners because it lays out the many ironies that make superior rates of learning and adaptability in one set of circumstances counterproductive when those circumstances evolve (as they always do)."—John Freeman, University of California, Berkeley

"A very important contribution to the literature on competition and strategy. Barnett writes with admirable clarity and shows a depth of knowledge of a wide range of industries that he uses to illustrate his ideas. His empirical analysis is rigorous."—David Barron, University of Oxford

"Organizational analysts have a lot to learn from reading this book. Old assumptions are questioned, attention to institutional and competitive logics is extended, historical detail is presented with precision and depth, and the empirical specifications of the model are much improved over previous analyses. Without a doubt, this is cutting-edge research in organization and management theory."—Stanislav D. Dobrev, University of Chicago