Why economics needs to focus on fairness and not just efficiency 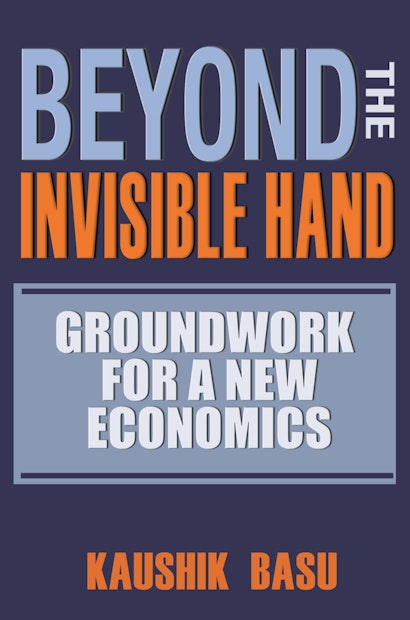 One of the central tenets of mainstream economics is Adam Smith’s proposition that, given certain conditions, self-interested behavior by individuals leads them to the social good, almost as if orchestrated by an invisible hand. This deep insight has, over the past two centuries, been taken out of context, contorted, and used as the cornerstone of free-market orthodoxy. In Beyond the Invisible Hand, Kaushik Basu argues that mainstream economics and its conservative popularizers have misrepresented Smith’s insight and hampered our understanding of how economies function, why some economies fail and some succeed, and what the nature and role of state intervention might be. Comparing this view of the invisible hand with the vision described by Kafka—in which individuals pursuing their atomistic interests, devoid of moral compunction, end up creating a world that is mean and miserable—Basu argues for collective action and the need to shift our focus from the efficient society to one that is also fair.

Using analytic tools from mainstream economics, the book challenges some of the precepts and propositions of mainstream economics. It maintains that, by ignoring the role of culture and custom, traditional economics promotes the view that the current system is the only viable one, thereby serving the interests of those who do well by this system. Beyond the Invisible Hand challenges readers to fundamentally rethink the assumptions underlying modern economic thought and proves that a more equitable society is both possible and sustainable, and hence worth striving for.

Kaushik Basu is professor of economics and the C. Marks Professor of International Studies at Cornell University. He is currently chief economic advisor to the Ministry of Finance of the Government of India. His books include Prelude to Political Economy: A Study of the Political and Social Foundations of Economics and Of People, of Places: Sketches from an Economist's Notebook. 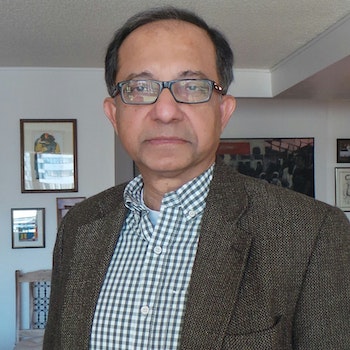 "Alluring. . . . [Basu's] latest book, subtitled Groundwork for a New Economics, aims to show that many economists have dogmatically accepted capitalist theories as fact and have failed, as a result, to scrutinize their own discipline. . . . Basu devotes the bulk of the text to deconstructing some sacrosanct tenets of capitalism that have become entrenched in government policy over the past 60 years."—Timothy R. Homan, Bloomberg

"A most interesting and . . . a most significant book. . . . Basu's book is the first serious study of the modern myth related to the 'Invisible Hand' I have seen anywhere."—Gavin Kennedy, Adam Smith's Lost Legacy

"[A] very rewarding read. . . . This is Basu's most ambitious and rewarding book, and it works—there's no public policy debate in India it's not relevant to."—Economic Times

"This book should be read by anyone interested in economics for its in-depth thinking, although its targeted readership is more basically professional economists."—Wladimir Andreff, European Legacy

"Beyond the Invisible Hand will be useful to political economists who want to see how game theory can shed light on the ways that groups and races of rational actors may assume surprising dynamics. It could also be useful to policymakers who must justify arguments about group policies in standard economic terms. [The] author's contributions to political economy deserves to be taken seriously."—Jonathan Schlefer, Perspectives on Politics

"Deftly, with the carefully chosen anecdote, and the sparing but subtle thought experiment, Kaushik Basu again and again dispels the myth that the invisible hand of free markets leads to the best of all possible worlds—indeed, often far from it. With great wisdom, Beyond the Invisible Hand describes the frequently shocking consequences of the free markets of modern economic theory; it also sets the agenda for where that theory needs to go next."—George A. Akerlof, Nobel Laureate in Economics and coauthor of Animal Spirits and Identity Economics

"In this remarkable tour de force, Kaushik Basu scrutinizes the foundational assumptions of economics and asks new and important questions. In his quest for a better and more equitable society, Basu leaves no room for complacency. This thought-provoking book will generate debate in the economics profession and beyond."—Justin Yifu Lin, chief economist, World Bank

"Beyond the Invisible Hand poses a fundamental challenge to the way that economists think about many of the most important issues of economic theory and policy. Written for both economists and educated laymen, the book lays out a new vision for economics, one that will stimulate the reader to rethink current practice and give deeper consideration to issues often slighted in contemporary economic analysis. While the reader may not always agree with Basu's prescriptions, the importance of his contribution to the debate over the future of economics cannot be ignored."—Steven G. Medema, University of Colorado, Denver

"With standard economic perspectives under question, the need for alternative perspectives is great. Eminently readable and timely, this book is appropriate for general readers and professional economists."—Arjo Klamer, Erasmus University