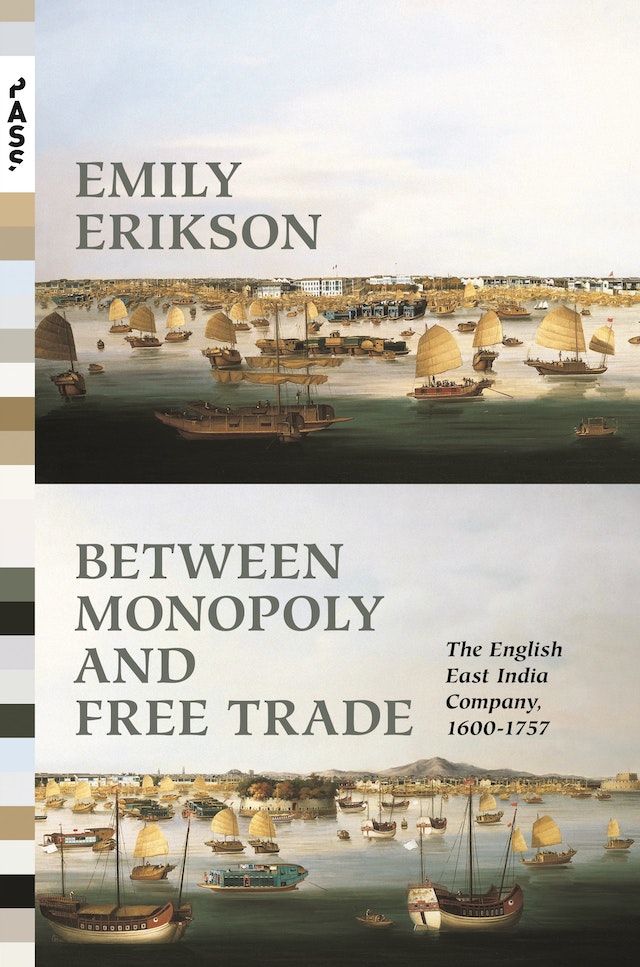 The English East India Company was one of the most powerful and enduring organizations in history. Between Monopoly and Free Trade locates the source of that success in the innovative policy by which the Company’s Court of Directors granted employees the right to pursue their own commercial interests while in the firm’s employ. Exploring trade network dynamics, decision-making processes, and ports and organizational context, Emily Erikson demonstrates why the English East India Company was a dominant force in the expansion of trade between Europe and Asia, and she sheds light on the related problems of why England experienced rapid economic development and how the relationship between Europe and Asia shifted in the eighteenth and nineteenth centuries.

Though the Company held a monopoly on English overseas trade to Asia, the Court of Directors extended the right to trade in Asia to their employees, creating an unusual situation in which employees worked both for themselves and for the Company as overseas merchants. Building on the organizational infrastructure of the Company and the sophisticated commercial institutions of the markets of the East, employees constructed a cohesive internal network of peer communications that directed English trading ships during their voyages. This network integrated Company operations, encouraged innovation, and increased the Company’s flexibility, adaptability, and responsiveness to local circumstance.

Between Monopoly and Free Trade highlights the dynamic potential of social networks in the early modern era.

Emily Erikson is an assistant professor in the department of sociology and the school of management (by courtesy) at Yale University, as well as a member of the Council of South Asian Studies. 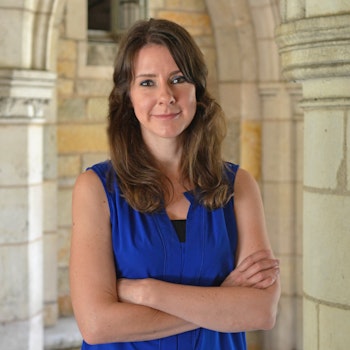 "It offers a fresh perspective on a key aspect of the Company's development and provides some impressive data to support the idea that private trade was the crucial dynamo driving Company innovation and expansion."—John McAleer, Journal of Maritime History

"Between Monopoly and Free Trade is a spectacular debut that will mark Erikson as a luminary of historical sociology and earn her many intellectual followers. . . . Though the sociologist familiar with, but not in thrall to, analytical sociology will be prone to approach the text with skepticism (as I was), he or she will soon be won over by the author's excellence in scholarship."—Isaac Ariail Reed, American Journal of Sociology

"Erikson's extraordinary book is, on the one hand, a major contribution to the study of the development of the British East India Company and its role in the formation of capitalism and British Eastern imperial expansion, and on the other, an exemplary and essential work in historical and analytic sociology. Its rigorous, multilevel analysis topples conventional explanations of the relation between British imperialism and capitalism. The book also brilliantly demonstrates the full potential of network analysis for the understanding of the diffusion of information, while remaining sensitive to the roles of context, locality, and culture."—Orlando Patterson, Harvard University

"This innovative book makes an essential contribution to debates on the origins of capitalism, imperialism, and globalization, and economic and organizational sociology. With rich qualitative studies of a number of key Asian ports, Erikson's network analysis uses the most sophisticated techniques and her findings are accurate and honestly presented."—Richard Lachmann, University at Albany, State University of New York

"This is a significant reassessment of one of the most important organizations in European and, indeed, world economic history: the English East India Company. To my knowledge, nobody has done what Erikson accomplishes in this book: a systematic quantitative network study based on primary sources which establishes conclusively how the private traders channeled the growth and success of the EIC."—Henning Hillmann, University of Mannheim