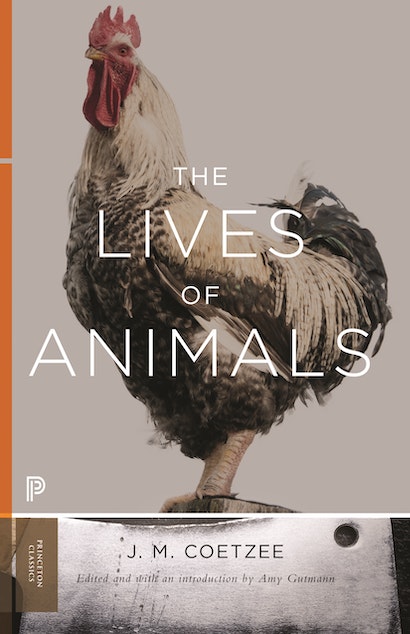 The idea of human cruelty to animals so consumes novelist Elizabeth Costello in her later years that she can no longer look another person in the eye: humans, especially meat-eating ones, seem to her to be conspirators in a crime of stupefying magnitude taking place on farms and in slaughterhouses, factories, and laboratories across the world.


Costello’s son, a physics professor, admires her literary achievements, but dreads his mother’s lecturing on animal rights at the college where he teaches. His colleagues resist her argument that human reason is overrated and that the inability to reason does not diminish the value of life; his wife denounces his mother’s vegetarianism as a form of moral superiority.


At the dinner that follows her first lecture, the guests confront Costello with a range of sympathetic and skeptical reactions to issues of animal rights, touching on broad philosophical, anthropological, and religious perspectives. Painfully for her son, Elizabeth Costello seems offensive and flaky, but—dare he admit it?—strangely on target.


In this landmark book, Nobel Prize–winning writer J. M. Coetzee uses fiction to present a powerfully moving discussion of animal rights in all their complexity. He draws us into Elizabeth Costello’s own sense of mortality, her compassion for animals, and her alienation from humans, even from her own family. In his fable, presented as a Tanner Lecture sponsored by the University Center for Human Values at Princeton University, Coetzee immerses us in a drama reflecting the real-life situation at hand: a writer delivering a lecture on an emotionally charged issue at a prestigious university. Literature, philosophy, performance, and deep human conviction—Coetzee brings all these elements into play.


As in the story of Elizabeth Costello, the Tanner Lecture is followed by responses treating the reader to a variety of perspectives, delivered by leading thinkers in different fields. Coetzee’s text is accompanied by an introduction by political philosopher Amy Gutmann and responsive essays by religion scholar Wendy Doniger, primatologist Barbara Smuts, literary theorist Marjorie Garber, and moral philosopher Peter Singer, author of Animal Liberation. Together the lecture-fable and the essays explore the palpable social consequences of uncompromising moral conflict and confrontation.

J. M. Coetzee is an internationally renowned novelist, essayist, and literary critic whose many books include The Childhood of Jesus and Age of Iron. He was awarded the Nobel Prize in literature in 2003. 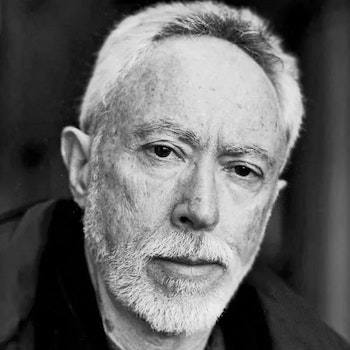 "[A] beautifully constructed, troubling, provacative book which resonates in the mind and heart long after you've turned the last page."—Helen Kaye, The Jerusalem Post

"If Coetzee . . . were an animal, he would be a fox-quick, aloof and crafty. . . . [A]nimal rights and ethical vegetarianism are natural subjects for him. The debate about them turns on questions of suffering, something to which Coetzee's sensorium is pitched with particular keenness."—Benjamin Kunkel, The Nation

"The audience of the 1997-98 Tanner Lectures at Princeton probably expected South African novelist Coetzee to deliver a pair of formal essays. . . . Instead, he gave his listeners fiction: a philosophical narrative about an imaginary feminist novelist . . . and the lectures she reads at the fictional Appleton College."—Publishers Weekly

"For Coetzee fans and others interested in the links between philosophy, reason, and the rights of nonhumans."—Booklist

"Fluent, challenging lectures on the ethics that shape the human-animal relationship. . . . Coetzee takes no prisoners. . . . [An] ethical tinderbox."—Kirkus Reviews

"Coetzee's dense, witty hybrid is very welcome; . . . [he] brings a rich array of themes into play, including the differences between animals and humans, the nature of philosophy and poetry, the purpose of a university, the role of a reason and the emotions in moral deliberation."—Ben Rogers, Financial Times

"The Lives of Animals is a stimulating and worrying book. It is hard to imagine anyone coming away from it without a new perspective on our relation not only to animals but to the natural world in general, and, indeed, to ourselves."—John Banville, The Irish Times

"The Lives of Animals is a moral argument within a fictional framework. . . . But fiction has the power to disturb and inspire strong emotions, and this book, thoughtfully argued and committed, is certainly a case in point."—Maren Meinhardt, Times Literary Supplement

"I found The Lives of Animals a genuinely troubling book. . . . I imagine that Coetzee feels the force of almost all the ideas and emotions that his characters express. He is working and living at the edge of our moral sensibilities about animals."—Ian Hacking, The New York Review of Books

"There is a general message that resonates throughout this novella, and one that I found quite compelling. It is that we often assess our relationships with animals based on whether they have human-like mental status, like rationality or self-consciousness, and if they don't, then we feel justified in using them as objects . . . I found the book deeply disturbing . . . [It] offers a passionate and compelling look at one side of the debate."—Asif A. Ghazanfar, Nature Neuroscience

"A little-known but brilliant tour de force. . . . It's the most artful, thoughtful piece of writing I've come across on the subject of animal rights."—Marni Jackson, The Globe and Mail

"Coetzee stirs our imaginations by confronting us with an articulate, intelligent, aging, and increasingly alienated novelist who cannot help but be exasperated with her fellow human beings, many of them academics, who are unnecessarily cruel to animals, and apparently (but not admittedly) committed to cruelty. The story urges us to reconceive our devotion to reason as a universal value."—From the introduction by Amy Gutmann

"Magnificent. . . . Coetzee's powerful and subtle text is irreducibly about real animal suffering, but it is also about much more."—Phil Baker, Sunday Times (London)