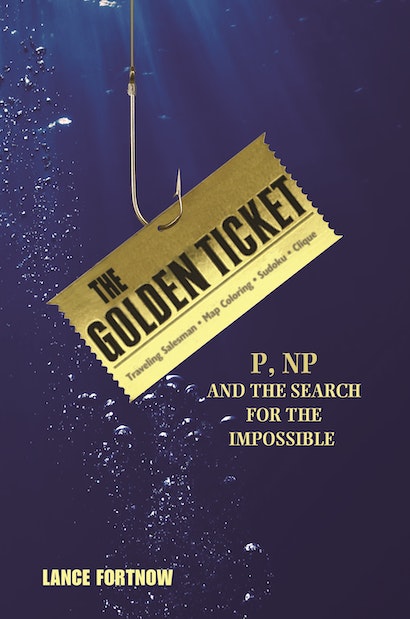 The P-NP problem is the most important open problem in computer science, if not all of mathematics. Simply stated, it asks whether every problem whose solution can be quickly checked by computer can also be quickly solved by computer. The Golden Ticket provides a nontechnical introduction to P-NP, its rich history, and its algorithmic implications for everything we do with computers and beyond. Lance Fortnow traces the history and development of P-NP, giving examples from a variety of disciplines, including economics, physics, and biology. He explores problems that capture the full difficulty of the P-NP dilemma, from discovering the shortest route through all the rides at Disney World to finding large groups of friends on Facebook. The Golden Ticket explores what we truly can and cannot achieve computationally, describing the benefits and unexpected challenges of this compelling problem.

Lance Fortnow is professor and chair of the School of Computer Science at Georgia Institute of Technology and the founder and coauthor of the Computational Complexity blog. 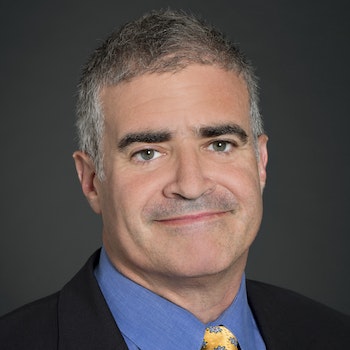 "As Fortnow describes. . . P versus NP is ‘one of the great open problems in all of mathematics' not only because it is extremely difficult to solve but because it has such obvious practical applications. It is the dream of total ease, of the confidence that there is an efficient way to calculate nearly everything, ‘from cures to deadly diseases to the nature of the universe,' even ‘an algorithmic process to recognize greatness.'. . . To postulate that P ≠ NP, as Fortnow does, is to allow for a world of mystery, difficulty, and frustration—but also of discovery and inquiry, of pleasures pleasingly delayed."—Alexander Nazaryan, New Yorker

"Fortnow effectively initiates readers into the seductive mystery and importance of P and NP problems."—Publishers Weekly

"Fortnow's book is just the ticket for bringing one of the major theoretical problems of our time to the level of the average citizen—and yes, that includes elected officials."—Veit Elser, Science

"Without bringing formulas or computer code into the narrative, Fortnow sketches the history of this class of questions, convincingly demonstrates their surprising equivalence, and reveals some of the most far-reaching implications that a proof of P = NP would bring about. These might include tremendous advances in biotechnology (for instance, more cures for cancer), information technology, and even the arts. Verdict: Through story and analogy, this relatively slim volume manages to provide a thorough, accessible explanation of a deep mathematical question and its myriad consequences. An engaging, informative read for a broad audience."—J.J.S. Boyce, Library Journal

"A provocative reminder of the real-world consequences of a theoretical enigma."—Booklist

"The definition of this problem is tricky and technical, but in The Golden Ticket, Lance Fortnow cleverly sidesteps the issue with a boiled-down version. P is the collection of problems we can solve quickly, NP is the collection of problems we would like to solve. If P = NP, computers can answer all the questions we pose and our world is changed forever. It is an oversimplification, but Fortnow, a computer scientist at Georgia Institute of Technology, Atlanta, knows his stuff and aptly illustrates why NP problems are so important."—Jacob Aron, New Scientist

"Fortnow's book does a fine job of showing why the tantalizing question is an important one, with implications far beyond just computer science."—Rob Hardy, Commercial Dispatch

"A great book. . . . [Lance Fortnow] has written precisely the book about P vs. NP that the interested layperson or IT professional wants and needs."—Scott Aaronson, Shtetl-Optimized blog

"Thoroughly researched and reviewed. Anyone from a smart high school student to a computer scientist is sure to get a lot of this book. The presentation is beautiful. There are few formulas but lots of facts."—Daniel Lemire's Blog

"An entertaining discussion of the P versus NP problem."—Andrew Binstock, Dr. Dobb's

"The Golden Ticketis an extremely accessible and enjoyable treatment of the most important question of theoretical computer science, namely whether P is equal to NP."—Choice

"The book is accessible and useful for practically anyone from smart high school students to specialists. . . . [P]erhaps the interest sparked by this book will be the 'Golden Ticket' for further accessible work in this area. And perhaps P=NP will start to become as famous as E=mc2."—Michael Trick, INFORMS Journal of Computing

"In any case, it is excellent to have a nontechnical book about the P versus NP question. The Golden Ticket offers an inspiring introduction for nontechnical readers to what is surely the most important open problem in computer science."—Leslie Ann Goldberg, LMS Newsletter

"The Golden Ticket does a good job of explaining a complex concept in terms that a secondary-school student will understand—a hard problem in its own right, even if not quite NP."—Physics World

"[The Golden Ticket] is fun to read and can be fully appreciated without any knowledge in (theoretical) computer science. Fortnow's efforts to make the difficult material accessible to non-experts should be commended."—Andreas Maletti, Zentralblatt MATH

"This is a fabulous book for both educators and students at the secondary school level and above. It does not require any particular mathematical knowledge but, rather, the ability to think. Enjoy the world of abstract ideas as you experience an intriguing journey through mathematical thinking."—Gail Kaplan, Mathematics Teacher

"Fortnow's book provides much of the background and personal information on the main characters involved in this problem—notably Steven Cook, with a cameo appearance by Kurt Gödel—that one does not get in the more technical treatments. There is a lot of information in this book, and the serious computer science student is sure to learn from it."—James M. Cargal, UMAP Journal

"Accessible and easy to digest. . . . The Golden Ticket is a great introduction to a maths problem that few people know about and even fewer understand and a great way to try to start thinking about it and its implications."—Johar M. Ashfaque, Mathematics Today

"You will love this book. It's completely accessible and captures the thrill, potential, and heartbreak of an edgy mathematical problem in terms that nonmathematicians will appreciate. After readingThe Golden Ticket, I sort of hope P isn't NP after all."—Vint Cerf, Internet Pioneer

"The P-NP problem is fundamental to computer science, and indeed all of mathematics. This book presents an engaging exposition of the problem, its history, and importance. In the process, it touches on major topics appearing in university computer science courses, all presented in an amusing style requiring no background in mathematics beyond the ability to solve Sudoku puzzles. I highly recommend it."—Stephen Cook, formulator of the P-NP problem

"This book, written by a world-class master of the field, is a grand tour of the most celebrated and profound unsolved problem in computer science. Fortnow's many ingenious explanations make the mysteries of computational complexity accessible to anyone interested in the fundamental questions: what can be computed and how fast can we compute it?"—John MacCormick, author of Nine Algorithms That Changed the Future

"This book is meticulous. Fortnow has really tracked down the history and background of this important and timely subject. Even complexity theorists will benefit from his fine scholarship. The Golden Ticket is the first of its kind—a book for general readers about complexity theory."—William Gasarch, University of Maryland

"Nobody explains the importance of the P-NP problem better than Fortnow."—William J. Cook, author of In Pursuit of the Traveling Salesman: Mathematics at the Limits of Computation