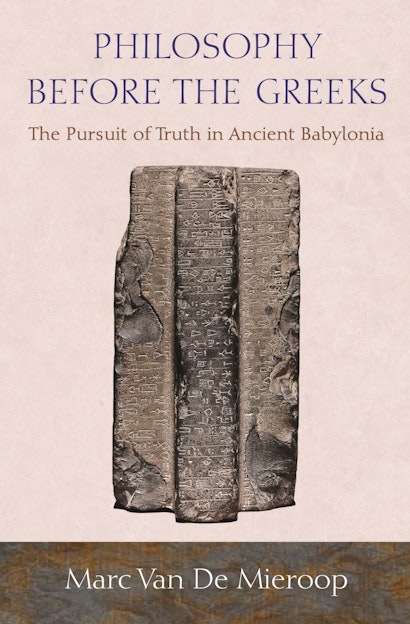 In the first century BC, the Greek historian Diodorus of Sicily praised the Babylonians for their devotion to philosophy. Showing the justice of Diodorus’s comment, this is the first book to argue that there were Babylonian philosophers and that they studied knowledge systematically using a coherent system of logic rooted in the practices of cuneiform script. Van De Mieroop uncovers Babylonian approaches to knowledge in three areas: the study of language, which in its analysis of the written word formed the basis of all logic; the art of divination, which interpreted communications between gods and humans; and the rules of law, which confirmed that royal justice was founded on truth.

The result is an innovative intellectual history of the ancient Near Eastern world during the many centuries in which Babylonian philosophers inspired scholars throughout the region—until the first millennium BC, when the breakdown of this cosmopolitan system enabled others, including the Greeks, to develop alternative methods of philosophical reasoning.

Marc Van De Mieroop is professor of history at Columbia University. His books include The Ancient Mesopotamian City, King Hammurabi of Babylon, A History of the Ancient Near East, The Eastern Mediterranean in the Age of Ramesses II, and A History of Ancient Egypt. 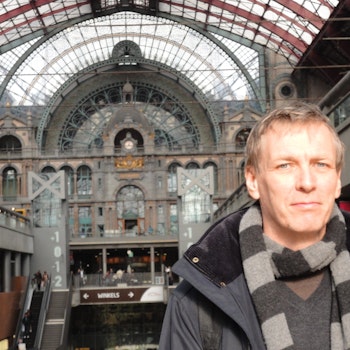 "Van De Mieroop is a highly respected Assyriologist, and his book provides a broad introduction to the intellectual principles which informed the long-lived and steady literary culture of ‘Babylonia.'"—D. L. Dusenbury, Times Literary Supplement

"Were this book a live performance, I would stand and applaud with vigor. . . . I highly recommend this book to anybody interested in ancient history and philosophy. The clarity with which Van De Mieroop establishes his ideas result in a detailed, well-explained, and absolutely intriguing pioneer study on Babylonian epistemology and philosophy. . . . For such . . . a well-written, critical examination of what constitutes Babylonian philosophy, one would be foolish not to purchase and read it."—Biblical Review

"A landmark study by one of the leading scholars of cuneiform civilization, Philosophy Before the Greeks radically expands and deepens our understanding of the Babylonians' ways of conceiving and knowing the world. Transcending the hackneyed listing of Babylonian ‘firsts' in world civilization, Marc Van De Mieroop gleans the epistemological substructure of Mesopotamian thought by delving deeply into the Babylonians' system of cuneiform writing, their practice of divining the future through omens in natural phenomena, and their creation of codes of law. The result is a brilliant and novel view on how the Babylonians both discovered and constructed the world around them."—Timothy Potts, director of the J. Paul Getty Museum

"Philosophy before the Greeks is a sophisticated, erudite, strikingly original, well-argued, and richly documented study that will stand alone in ancient Mesopotamian studies."—Benjamin Foster, Yale University

"Van De Mieroop has written a very stimulating book on an important subject that has been ignored for too long. Philosophy before the Greeks will reignite the debate over Babylonian philosophy and make it relevant to scholars beyond the confines of Assyriology."—John Steele, Brown University