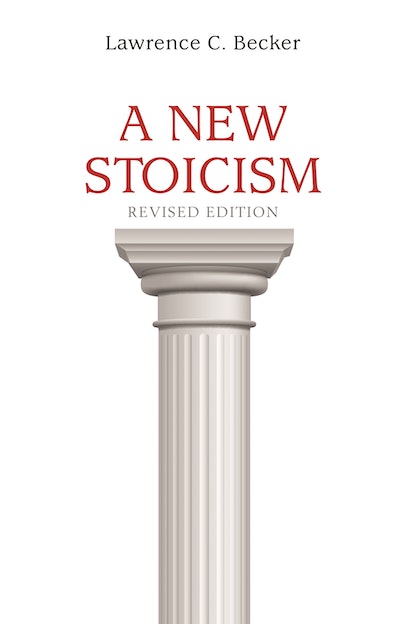 What would stoic ethics be like today if stoicism had survived as a systematic approach to ethical theory, if it had coped successfully with the challenges of modern philosophy and experimental science? A New Stoicism proposes an answer to that question, offered from within the stoic tradition but without the metaphysical and psychological assumptions that modern philosophy and science have abandoned. Lawrence Becker argues that a secular version of the stoic ethical project, based on contemporary cosmology and developmental psychology, provides the basis for a sophisticated form of ethical naturalism, in which virtually all the hard doctrines of the ancient Stoics can be clearly restated and defended.


Becker argues, in keeping with the ancients, that virtue is one thing, not many; that it, and not happiness, is the proper end of all activity; that it alone is good, all other things being merely rank-ordered relative to each other for the sake of the good; and that virtue is sufficient for happiness. Moreover, he rejects the popular caricature of the stoic as a grave figure, emotionally detached and capable mainly of endurance, resignation, and coping with pain. To the contrary, he holds that while stoic sages are able to endure the extremes of human suffering, they do not have to sacrifice joy to have that ability, and he seeks to turn our attention from the familiar, therapeutic part of stoic moral training to a reconsideration of its theoretical foundations.

Lawrence C. Becker is a fellow of Hollins University and professor emeritus of philosophy at the College of William & Mary. He was an associate editor of the journal Ethics from 1985–2000, and the editor, with Charlotte B. Becker, of two editions of the Encyclopedia of Ethics.

"An effective antidote to the caricatures of Stoic theory which still infect the literary and philosophical world. . . . A New Stoicism is a fine contribution to the theory and practice of philosophical therapy."—Stephen R. L. Clark, Philosophy

"Becker makes a daring, creative use of the ancient Graeco-Roman heritage of the Stoa to outline a rigorously conceived, technically sophisticated, contemporary version of stoicism."—William O. Stephens, International Journal of the Classical Tradition