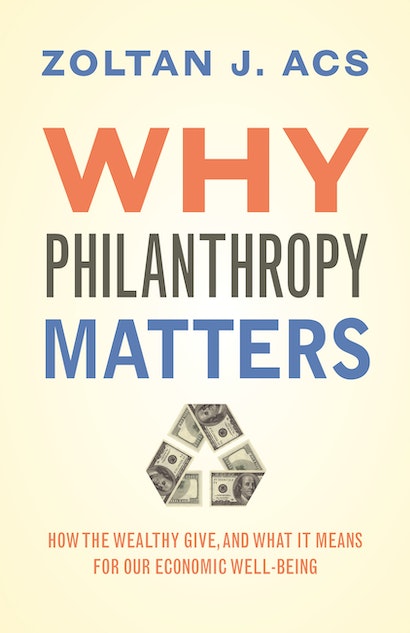 Philanthropy has long been a distinctive feature of American culture, but its crucial role in the economic well-being of the nation—and the world—has remained largely unexplored. Why Philanthropy Matters takes an in-depth look at philanthropy as an underappreciated force in capitalism, measures its critical influence on the free-market system, and demonstrates how American philanthropy could serve as a model for the productive reinvestment of wealth in other countries. Factoring in philanthropic cycles that help balance the economy, Zoltan Acs offers a richer picture of capitalism, and a more accurate backdrop for considering policies that would promote the capitalist system for the good of all.

Examining the dynamics of American-style capitalism since the eighteenth century, Acs argues that philanthropy achieves three critical outcomes. It deals with the question of what to do with wealth—keep it, tax it, or give it away. It complements government in creating public goods. And, by focusing on education, science, and medicine, philanthropy has a positive effect on economic growth and productivity. Acs describes how individuals such as Benjamin Franklin, Andrew Carnegie, Bill Gates, and Oprah Winfrey have used their wealth to establish institutions and promote knowledge, and Acs shows how philanthropy has given an edge to capitalism by promoting vital forces—like university research—necessary for technological innovation, economic equality, and economic security. Philanthropy also serves as a guide for countries with less flexible capitalist institutions, and Acs makes the case for a larger, global philanthropic culture.

Providing a new perspective on the development of capitalism, Why Philanthropy Matters highlights philanthropy’s critical links to the economic progress, health, and future of the United States—and beyond. 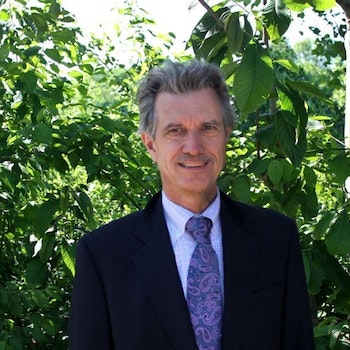 "In The Gospel of Wealth (1889), Andrew Carnegie urged his prosperous contemporaries to avoid 'hoarding great sums' and to give their 'surplus' wealth away during their lifetimes, to strengthen an economic system that might thereby produce some riches for all. In the more measured tones of an economist, Mr. Acs is making much the same point: A capitalist economy not only enables but requires philanthropy. Through it, entrepreneurs can support the kinds of institutions that generate discoveries and that provide pathways for other people to make their own fortunes."—Leslie Lenkowsky, Wall Street Journal

"While philanthropy is generally seen as a positive practice, few view it as a sustaining capitalistic force that drives the economy. Acs seeks to change this in an informative and enlightening . . . look at philanthropy's many positive repercussions. . . . Economists will find this book helpful in crystallizing the long-term impact of philanthropy and the degree to which it influences the American economy."—Publishers Weekly

"Drawing on research conducted over 30-plus years, Acs's examination documents historically how philanthropy has affected and been affected by the entrepreneurial spirit unique to the American economic system. . . . This is a worthwhile read for U.S. economists as well as those wishing to understand how American-style capitalism and philanthropy create innovation."—Elizabeth Nelson, Library Journal

"Acs develops an interesting account of American economic history as he traces the activities of philanthropists across the decades."—Kirkus Reviews

"[E]asily the best work on the subject I have read."—Luke Johnson, Financial Times

"Acs offers a well-written, well-researched account of the evolution of American capitalism."—Choice

"Why Philanthropy Matters is a useful book, appropriate to academics and an informed general readership as well as in undergraduate and graduate seminar-style classrooms (I myself am requiring it in a masters-level seminar this semester). . . . [I]t raises timely issues about the American economy, in particular the nexus of capitalism and philanthropy in America."—Gordon E. Shockley, Independent Review

"This marvelous and insightful book provides, to my knowledge, the first link between the philanthropist and economic performance. Exceptionally original and a pleasure to read, it will induce many scholars and policymakers to reconsider the way they think about the economy and the important role played by philanthropy."—David B. Audretsch, Indiana University

"Why Philanthropy Matters argues that philanthropy is the institutional element that enables the creation of great wealth and the recycling of that wealth across generations. With timely and well-grounded arguments, this breakthrough book offers a new vision of philanthropy's place in American economic thought."—Roger R. Stough, George Mason University

"This thought-provoking book provides a deeper understanding of how the market-based capitalist system works and how it has helped to increase societal prosperity. Acs puts the role of the philanthropist in historical and institutional context, and his insights will be of considerable interest to a broad audience."—Pontus Braunerhjelm, Royal Institute of Technology