A grand tour of our dynamic home galaxy 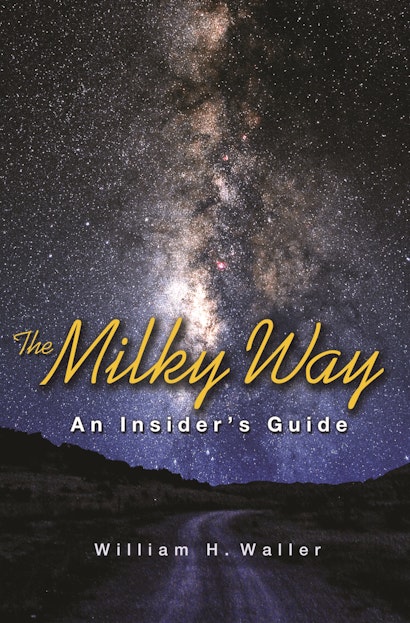 This book offers an intimate guide to the Milky Way, taking readers on a grand tour of our home Galaxy’s structure, genesis, and evolution, based on the latest astronomical findings. In engaging language, it tells how the Milky Way congealed from blobs of gas and dark matter into a spinning starry abode brimming with diverse planetary systems—some of which may be hosting myriad life forms and perhaps even other technologically communicative species.

William Waller vividly describes the Milky Way as it appears in the night sky, acquainting readers with its key components and telling the history of our changing galactic perceptions. The ancients believed the Milky Way was a home for the gods. Today we know it is but one galaxy among billions of others in the observable universe. Within the Milky Way, ground-based and space-borne telescopes have revealed that our Solar System is not alone. Hundreds of other planetary systems share our tiny part of the vast Galaxy. We reside within a galactic ecosystem that is driven by the theatrics of the most massive stars as they blaze through their brilliant lives and dramatic deaths. Similarly effervescent ecosystems of hot young stars and fluorescing nebulae delineate the graceful spiral arms in our Galaxy’s swirling disk. Beyond the disk, the spheroidal halo hosts the ponderous—and still mysterious—dark matter that outweighs everything else. Another dark mystery lurks deep in the heart of the Milky Way, where a supermassive black hole has produced bizarre phenomena seen at multiple wavelengths.

Waller makes the case that our very existence is inextricably linked to the Galaxy that spawned us. Through this book, readers can become well-informed galactic “insiders”—ready to imagine humanity’s next steps as fully engaged citizens of the Milky Way.

William H. Waller is an astronomer, science educator, and writer. He lives with his family in Rockport, Massachusetts, where he can still see the Milky Way on dark moonless nights. 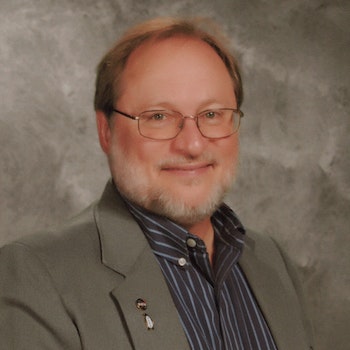 "Astronomer William Waller's sweeping chronicle examines the formation of the Milky Way and the history of mapping and researching the 13-billion-year-old Galaxy."—Nature

"The Milky Way is a good overview of our knowledge of the Milky Way. . . . [F]or those who want to get up to speed on the Milky Way, or simply refresh their knowledge of it, this book can help the reader become an insider about our galactic home."—Jeff Foust, Space Review

"Erudite, yet eminently accessible. . . . [A] joy to read."—Bill Baker, ForeWord

"The Milky Way: An Insider's Guide is a very comprehensive and up-to-date survey of its subject. The overall impression it leaves one with is of our galaxy as a very busy place, fizzing with what the author, in a particularly felicitous phrase, calls 'vigorous fecundity.' Our little burg may be a mere speck in the grand scheme of things, but there's a lot going on here."—John Derbyshire, American Spectator

"The breadth of material Waller covers is astonishing. . . . As a space journalist, I'll definitely keep this book on my shelf."—Elizabeth Howell, Universe Today

"[R]ich with fascinating detail. . . . The author delivers everything we need in a book about our Galaxy, bringing a welcome depth to our appreciation of those clear, dark nights."—Alastair Gunn, BBC Sky at Night

"[W]ell-written and accessible. . . . Strongly recommended, as this volume should have a wide readership among student and lay astronomers."—Library Journal

"[A] thrilling story of our home galaxy, quite the best I've seen in popular astronomy books."—Simon Mitton, Times Higher Education

"The photographs are quite stunning. As new techniques and more elaborate apparatus for exploring the universe are being developed, our knowledge and understanding are increasing exponentially. This excellent and comprehensive guide to the Milky Way may well be the definitive book on the subject for the time being, but it is unlikely to remain so for too long."—Anthony Toole, Shvoong.com

"Waller's book provides an excellent starting point, telling the story of the formation and evolution of the Milky Way, and how this hard-won knowledge was obtained—and it does so in an entertaining and not overly detailed fashion. It should be among the first recommendations to new students of the field, as well as to citizen scientists who wish to deepen their understanding of one of the fundamental, as well as fast-advancing, areas of modern astronomy."—Timothy C. Beers, Nature Physics

"This clearly written, largely nontechnical book balances the poetic interpretation of the starry realm with the modern scientific nature of the Milky Way galaxy. . . . The book can be used as a textbook or be a good general read."—Choice

"[W]aller's goal—fully achieved, in my opinion—is to familiarize readers with the history of the discovery of the Milky Way Galaxy's size, shape, and contents and our place in it. Attention is given to the origin of stars in general and to the nature of specific types of stars and how our galaxy came to be in the first place."—Terence Dickinson, SkyNews

"This book is superb: written in an engaging, even folksy, style, it would be the perfect primer for a beginning undergraduate wanting an up-to-date overview of stellar and galactic astronomy."—David Stickland, Journal of Continuity and Change

"Clearly written, splendidly up-to-date, and full of delightful analogies, this book is the natural heir to Bok's The Milky Way. It explores and explains our Galaxy in a way accessible to all readers and will excite anyone who craves an adventure of the mind and imagination."—Andrew Fraknoi, professor of astronomy, Foothill College

"The Milky Way takes readers on a nontechnical journey through our Galaxy, and strikes a nice balance between the personal, the poetic, and the educational—it also moves at a good pace. Waller communicates the true wonder of nature, but he is also quite thorough and deep in his coverage of the latest science."—Mark Whittle, University of Virginia

"Waller presents a careful overview of the structure of the Milky Way Galaxy, with informative asides into the history of astronomy, galaxy formation and evolution, and more recent observations. There is much of value here."—Gerry Gilmore, University of Cambridge