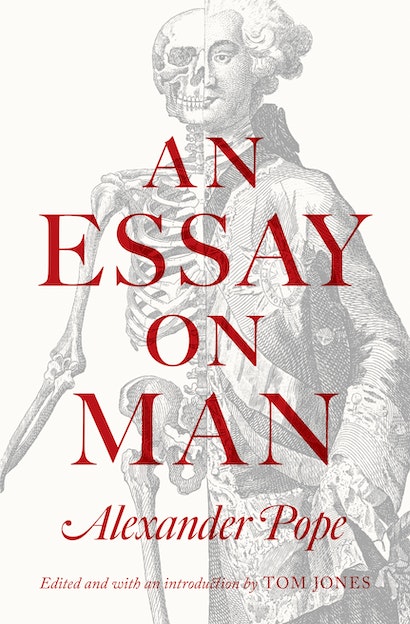 Voltaire called it “the most sublime didactic poem ever written in any language.” Rousseau rhapsodized about its intellectual consolations. Kant recited long passages of it from memory during his lectures. And Adam Smith and David Hume drew inspiration from it in their writings. This was Alexander Pope’s Essay on Man (1733–34), a masterpiece of philosophical poetry, one of the most important and controversial works of the Enlightenment, and one of the most widely read, imitated, and discussed poems of eighteenth-century Europe and America. This volume, which presents the first major new edition of the poem in more than fifty years, introduces this essential work to a new generation of readers, recapturing the excitement and illuminating the debates it provoked from the moment of its publication.

Echoing Milton’s purpose in Paradise Lost, Pope says his aim in An Essay on Man is to “vindicate the ways of God to man”—to explain the existence of evil and explore man’s place in the universe. In a comprehensive introduction, Tom Jones describes the poem as an investigation of the fundamental question of how people should behave in a world they experience as chaotic, but which they suspect to be orderly from some higher point of view. The introduction provides a thorough discussion of the poem’s attitudes, themes, composition, context, and reception, and reassesses the work’s place in history. Extensive annotations to the text explain references and allusions.

The result is the most accessible, informative, and reader-friendly edition of the poem in decades and an invaluable book for students and scholars of eighteenth-century literature and thought.

Tom Jones teaches English at the University of St. Andrews. He is the author of Pope and Berkeley: The Language of Poetry and Philosophy.

"An Essay on Man . . . was one of the most widely disseminated and well-known publications of the 18th century, notably impacting Enlightenment writers Voltaire, David Hume, Adam Smith, and Jean-Jacques Rousseau. Jones provides a reliable modern version."—Library Journal

"The book is exemplary in its scholarship. [Jones] has unearthed a multiplicity of references and illuminates the antecedents of Pope's ideas with authority. This is an edition which should be recommended to every student and teacher of the poem…. There is no sensible criticism that could be levelled at his work in this volume."—Penniless Press

"This is a definitive, reader-friendly edition of a poem that ought to be circulated as widely as possible. The textual commentary is a model of its kind—lucid, full, rich in insight, and especially good at tracking down and elucidating the allusions in which the poem abounds. The introduction is also an exemplary piece of literary scholarship."—Brian Young, Christ Church College, University of Oxford

"Tom Jones's edition of An Essay on Man is an impressive achievement. His introduction and notes are deeply learned and useful. They synthesize much of what we know about the poem's composition, publication, sources, analogues, and influence, but also present fresh, original insights into its meanings and importance as a document of eighteenth-century intellectual history. The sophistication with which Jones treats the philosophical contexts of the poem is exceptional."—James Noggle, Wellesley College

"This is a very good edition. The lively and wide-ranging introduction is attentive to both the original context and continuing relevance of Pope's poem."—David Womersley, St. Catherine's College, University of Oxford