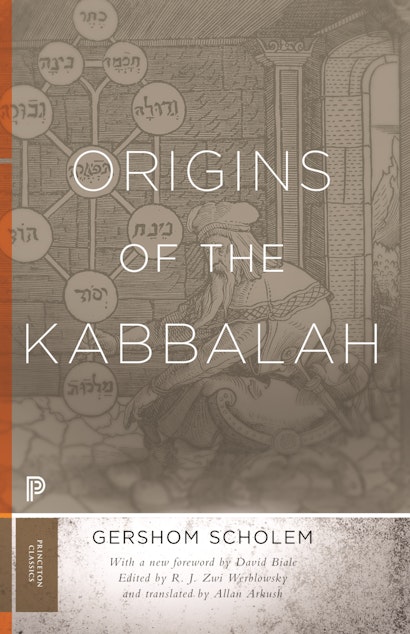 Buy This
With the publication of The Origins of the Kabbalah in 1950, one of the most important scholars of our century brought the obscure world of Jewish mysticism to a wider audience for the first time. A crucial work in the oeuvre of Gershom Scholem, this book details the beginnings of the Kabbalah in twelfth- and thirteenth-century southern France and Spain, showing its rich tradition of repeated attempts to achieve and portray direct experiences of God. The Origins of the Kabbalah is a contribution not only to the history of Jewish medieval mysticism, but also to the study of medieval mysticism in general. Now with a new foreword by David Biale, this book remains essential reading for students of the history of religion.
Gershom Scholem (1897–1982) was a German-born Israeli philosopher and historian. He was professor of Jewish mysticism at Hebrew University of Jerusalem. David Biale is the Emanuel Ringelblum Distinguished Professor of Jewish History at the University of California, Davis. He is the author of Gershom Scholem: Master of the Kabbalah.

“No great textual scholar, no master of philology and historical criticism commands a technique at once more scrupulously attentive to its object and more instinctive with the writer’s voice [than Scholem]. That voice reaches out and grabs the layman.”—George Steiner, New Yorker

“[Scholem’s] work on Jewish mysticism, messianism, and sectarianism, spanning now half a century, constitutes … one of the major achievements of the historical imagination in our time. I would contend that it is of vital interest not only to anyone concerned with the history of religion but to anyone struggling to understand the underlying problematics of the human predicament.”—Robert Alter, Commentary

“This book has been a classic in its field since it was first issued in 1950, and it still stands as uniquely authoritative and intriguingly instructive…. [It is] a monument of revelation and insight bridging anthropology, religion, sociology, and history.”—Publishers Weekly