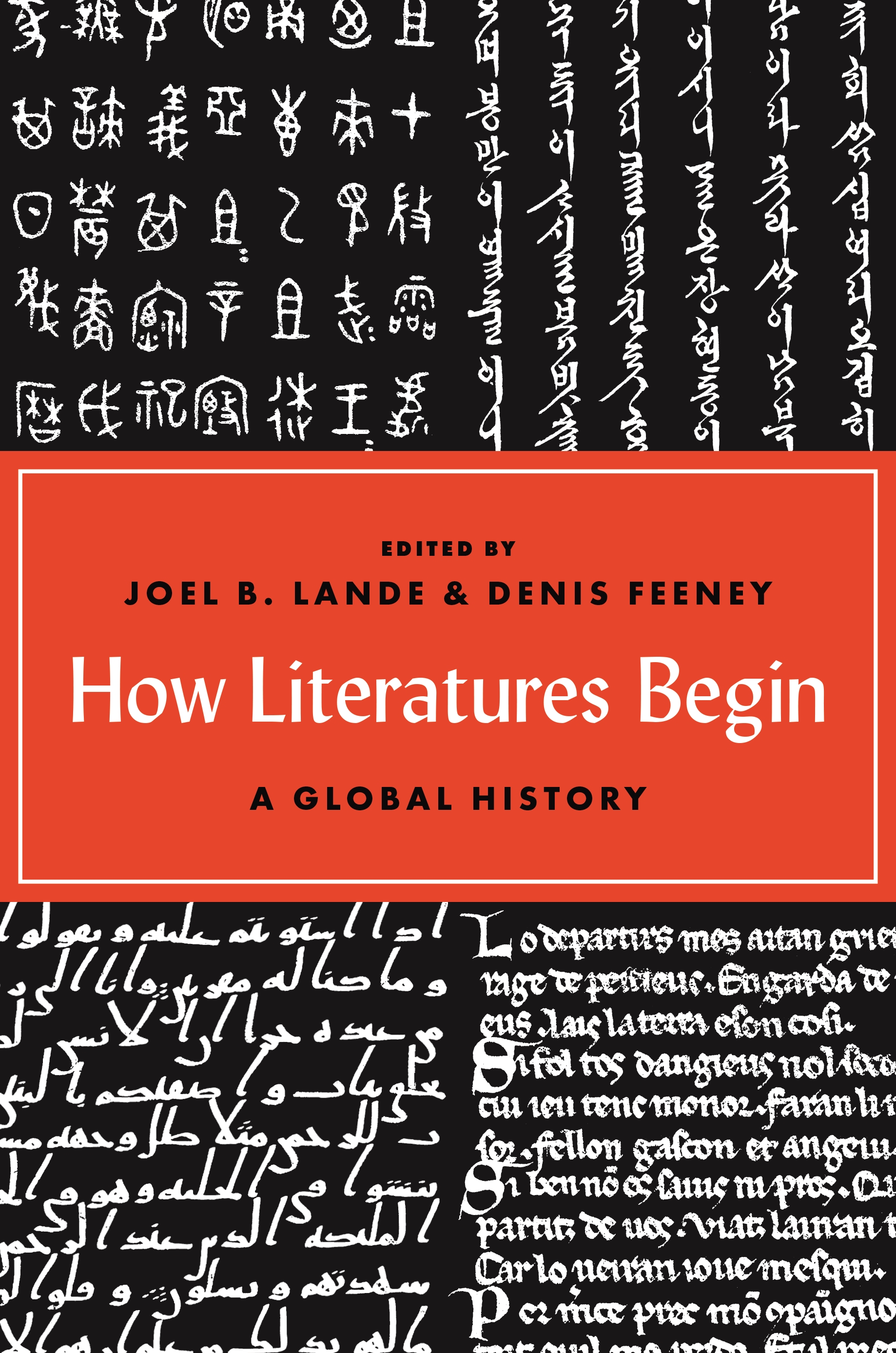 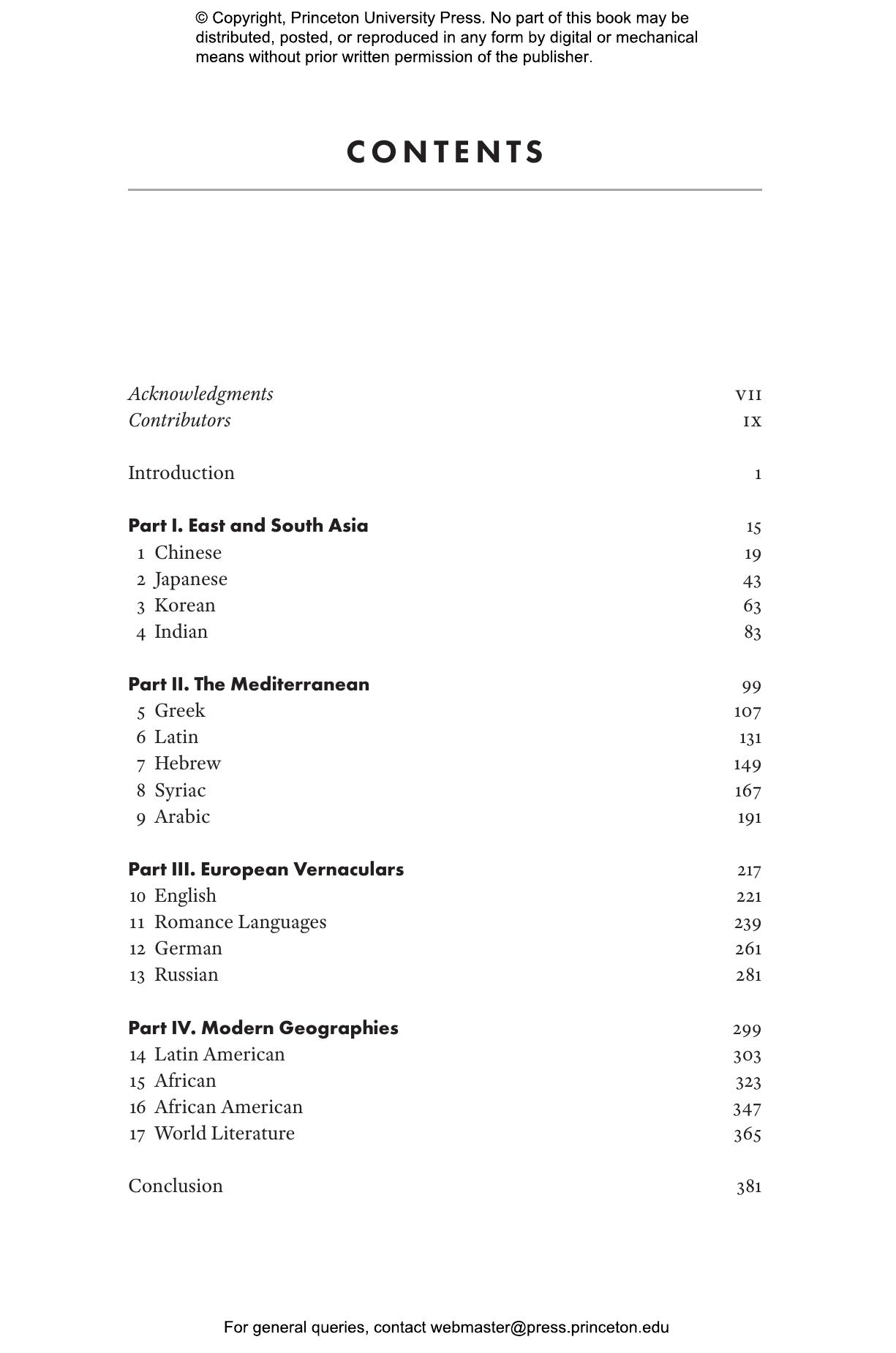 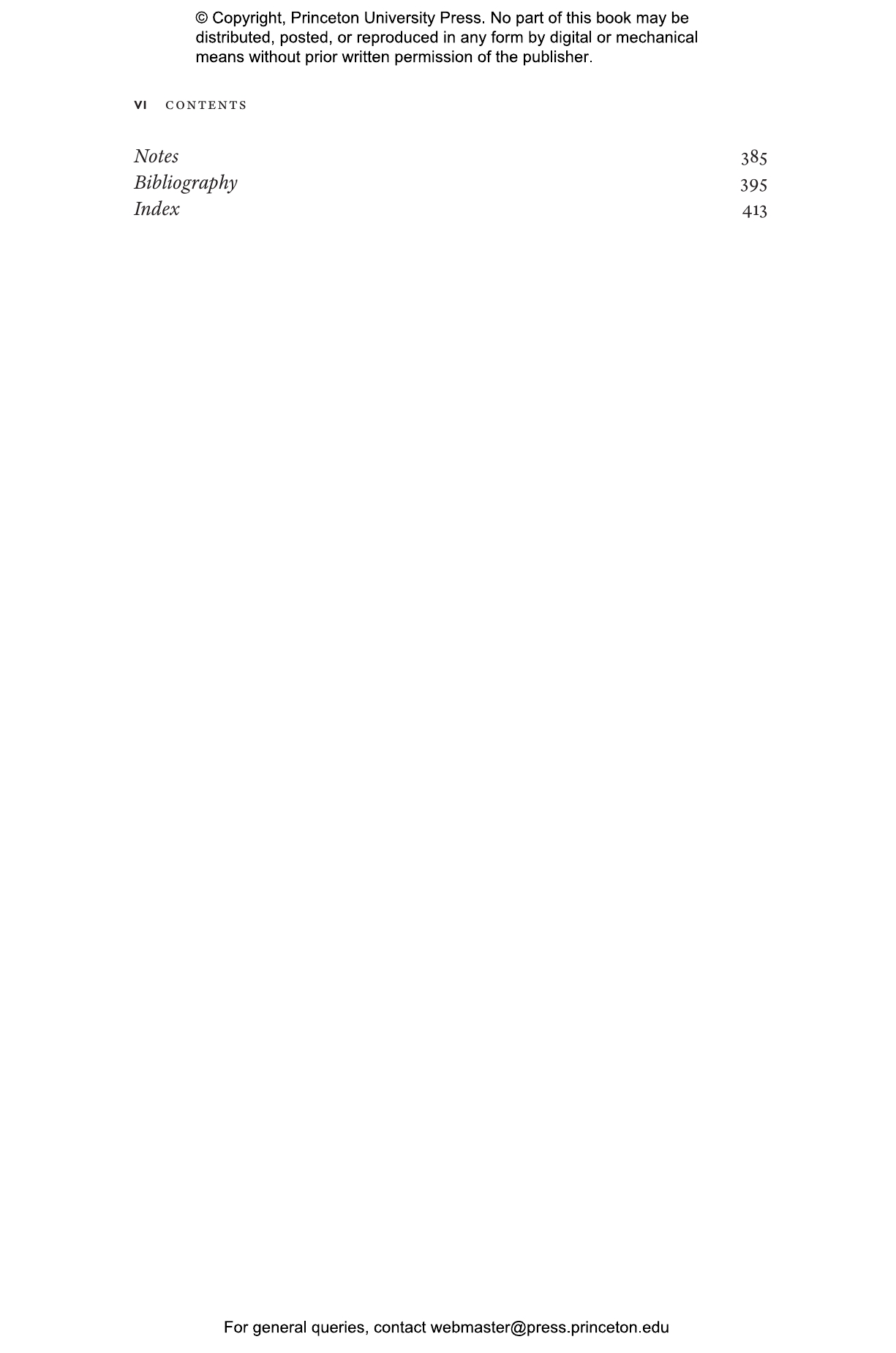 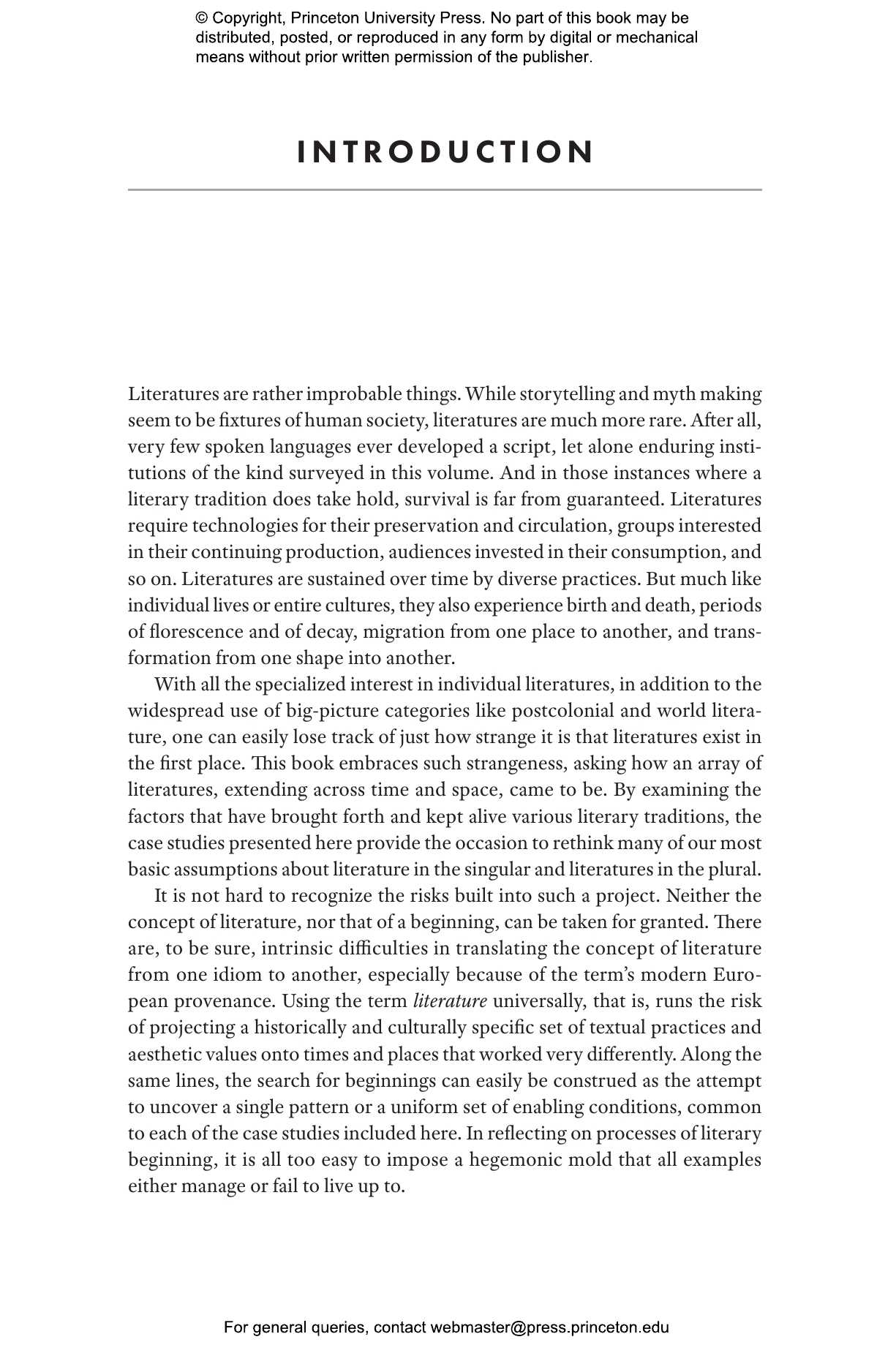 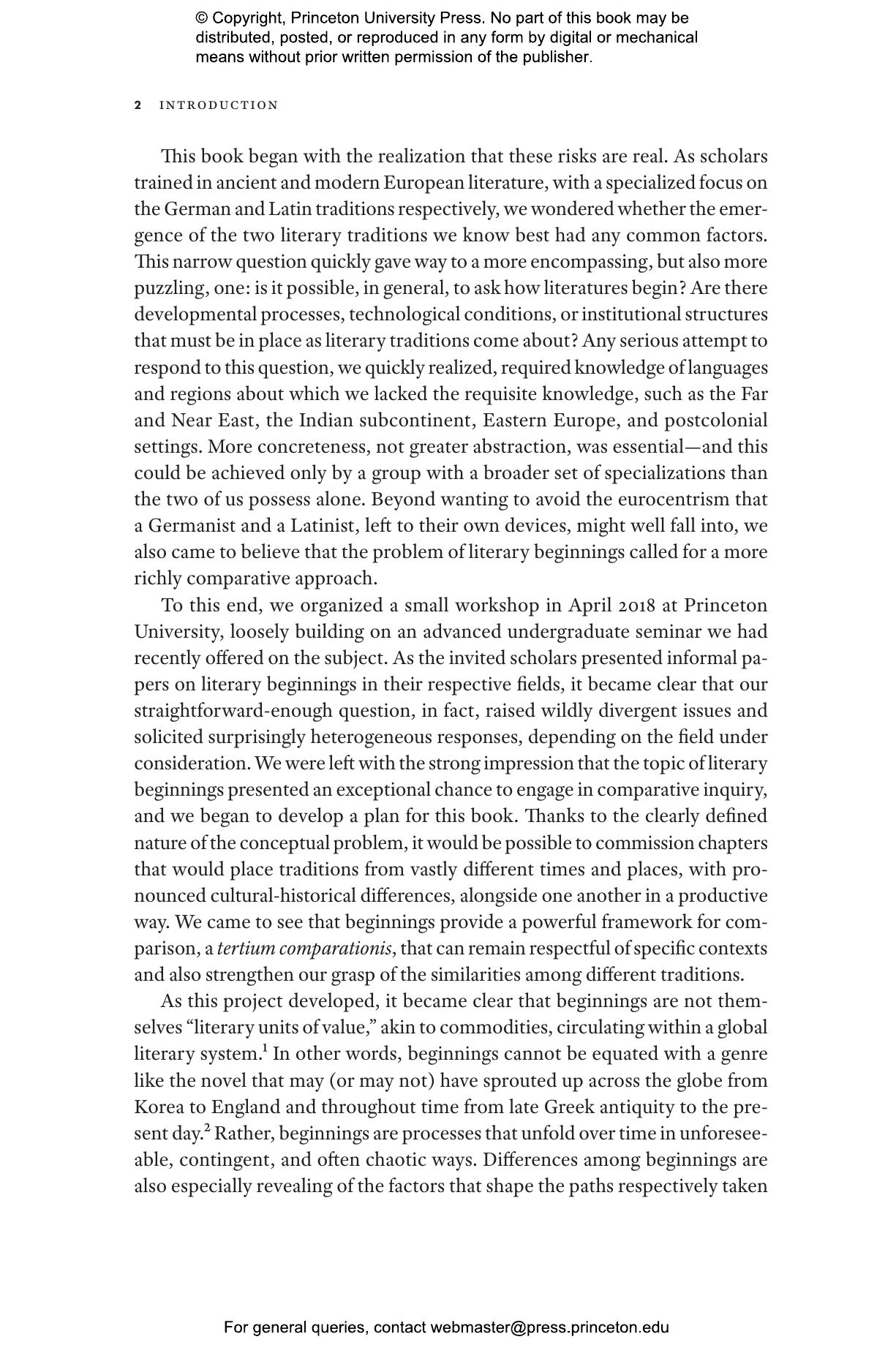 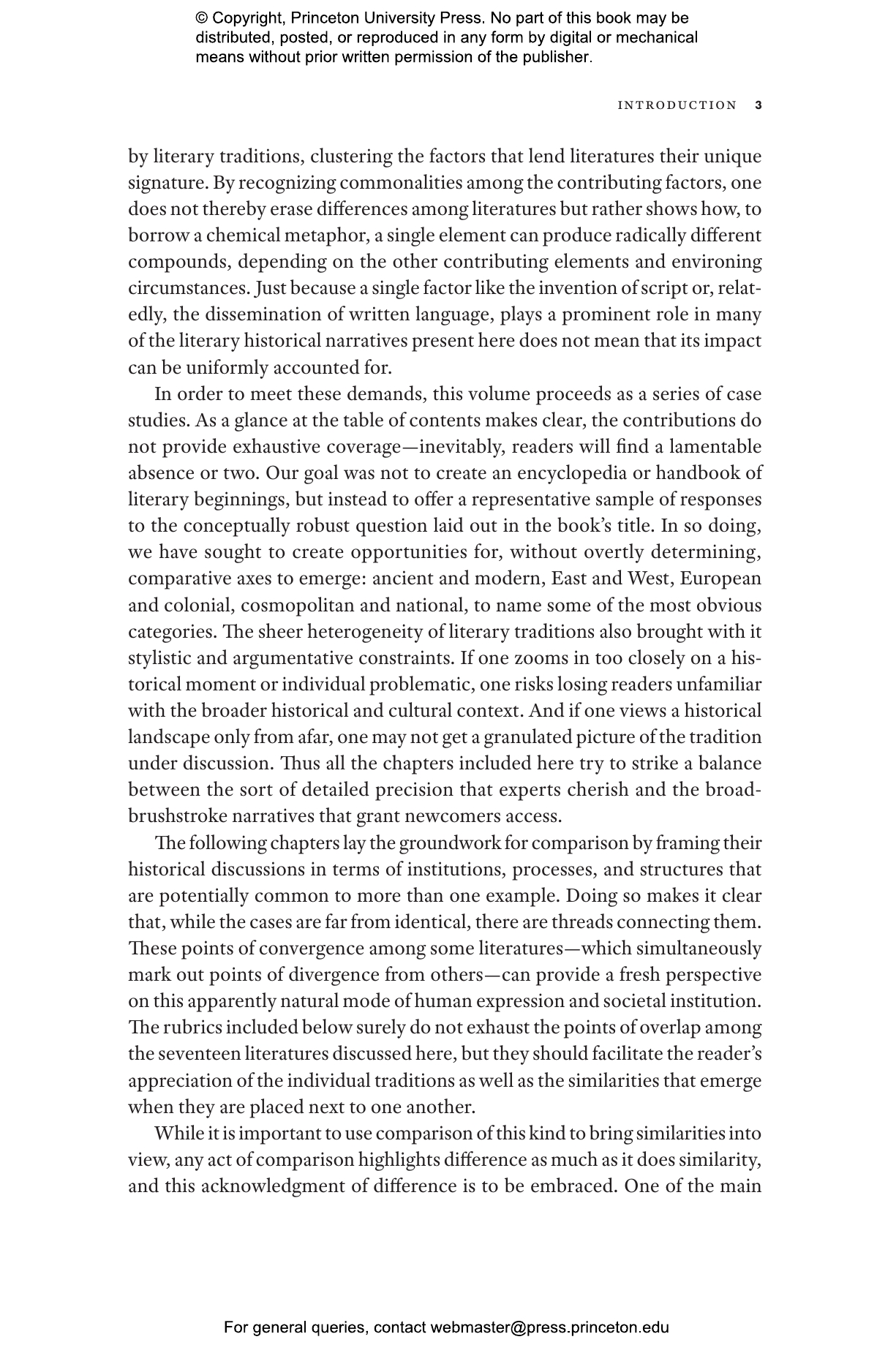 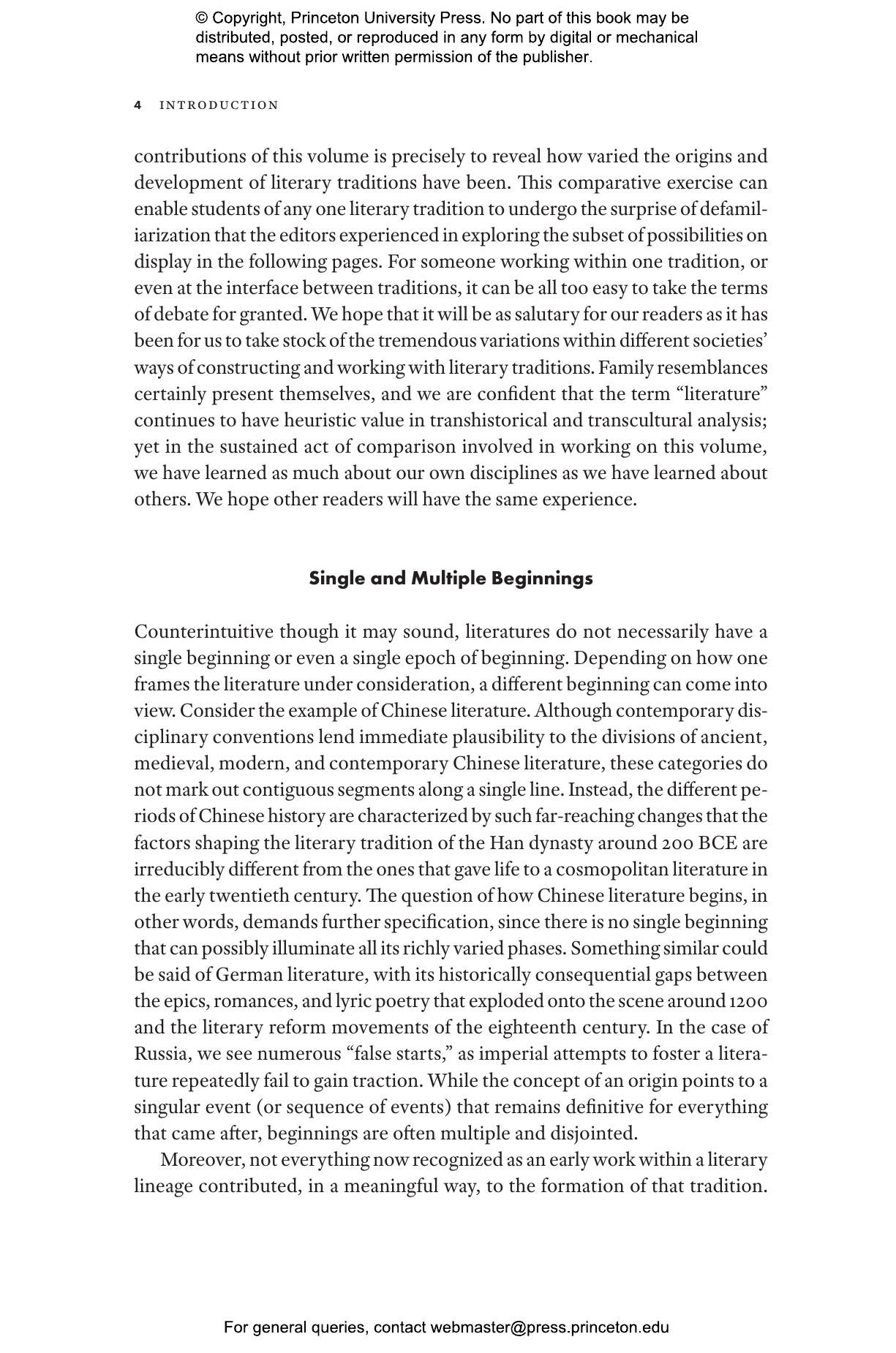 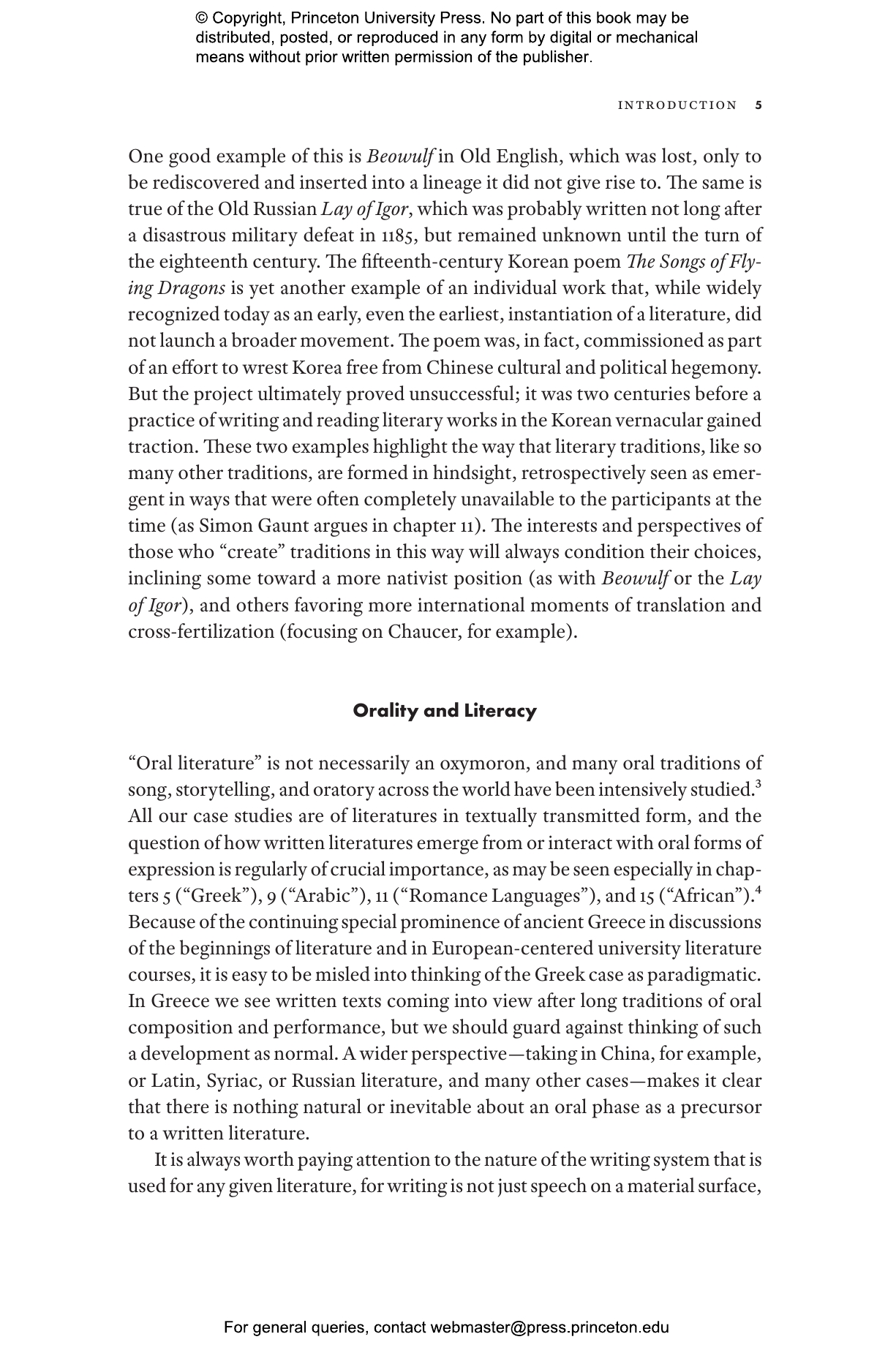 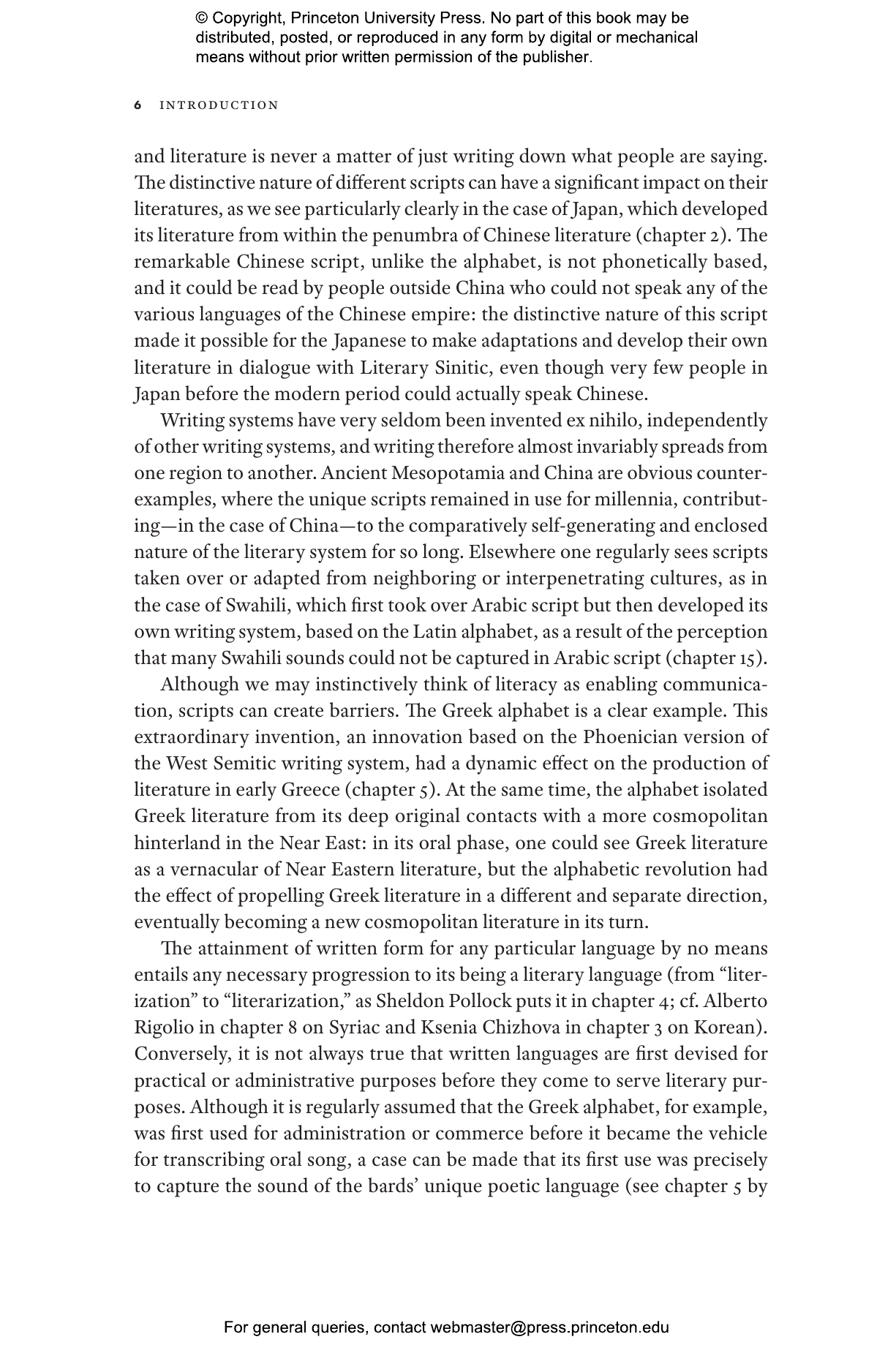 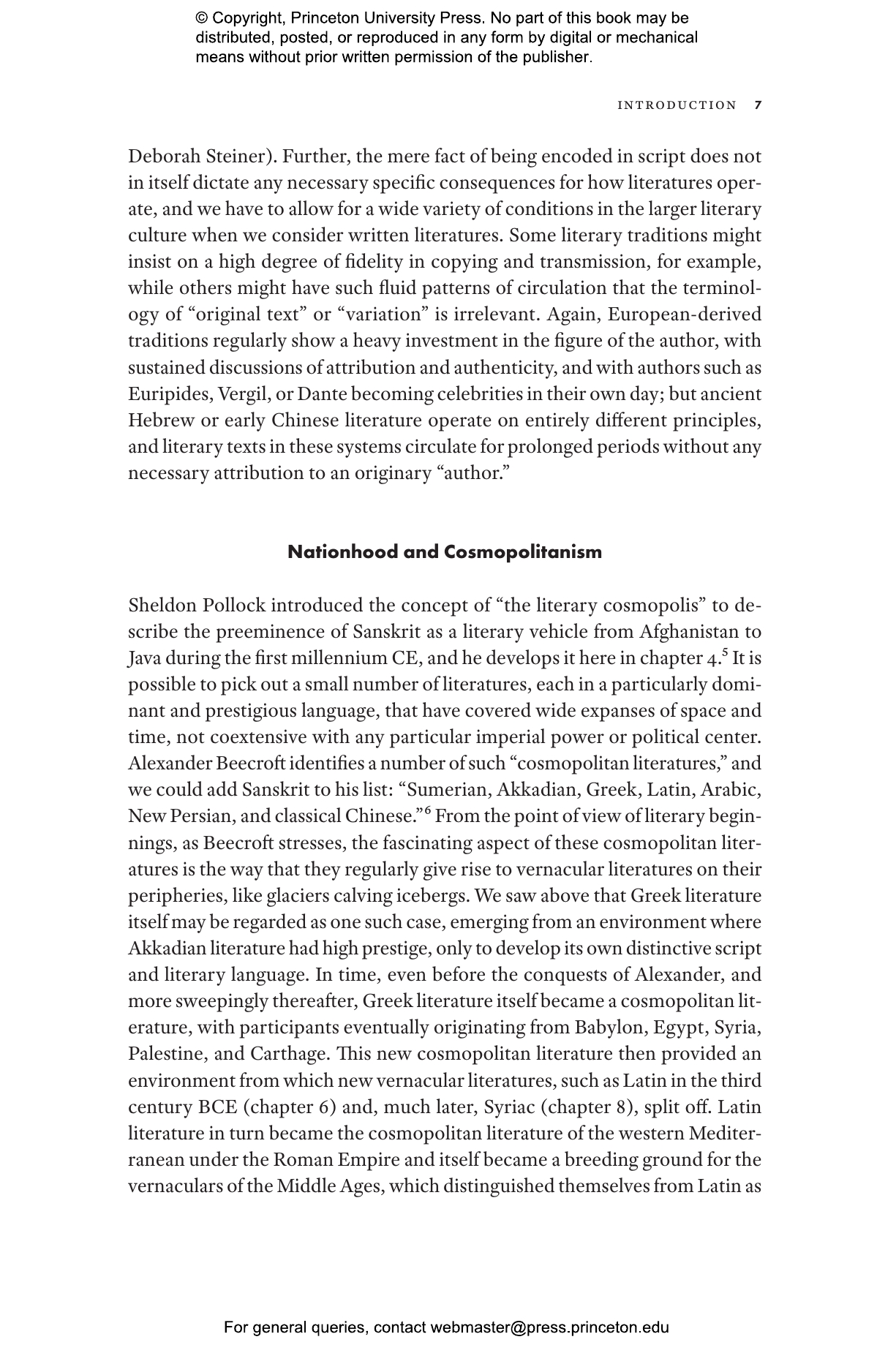 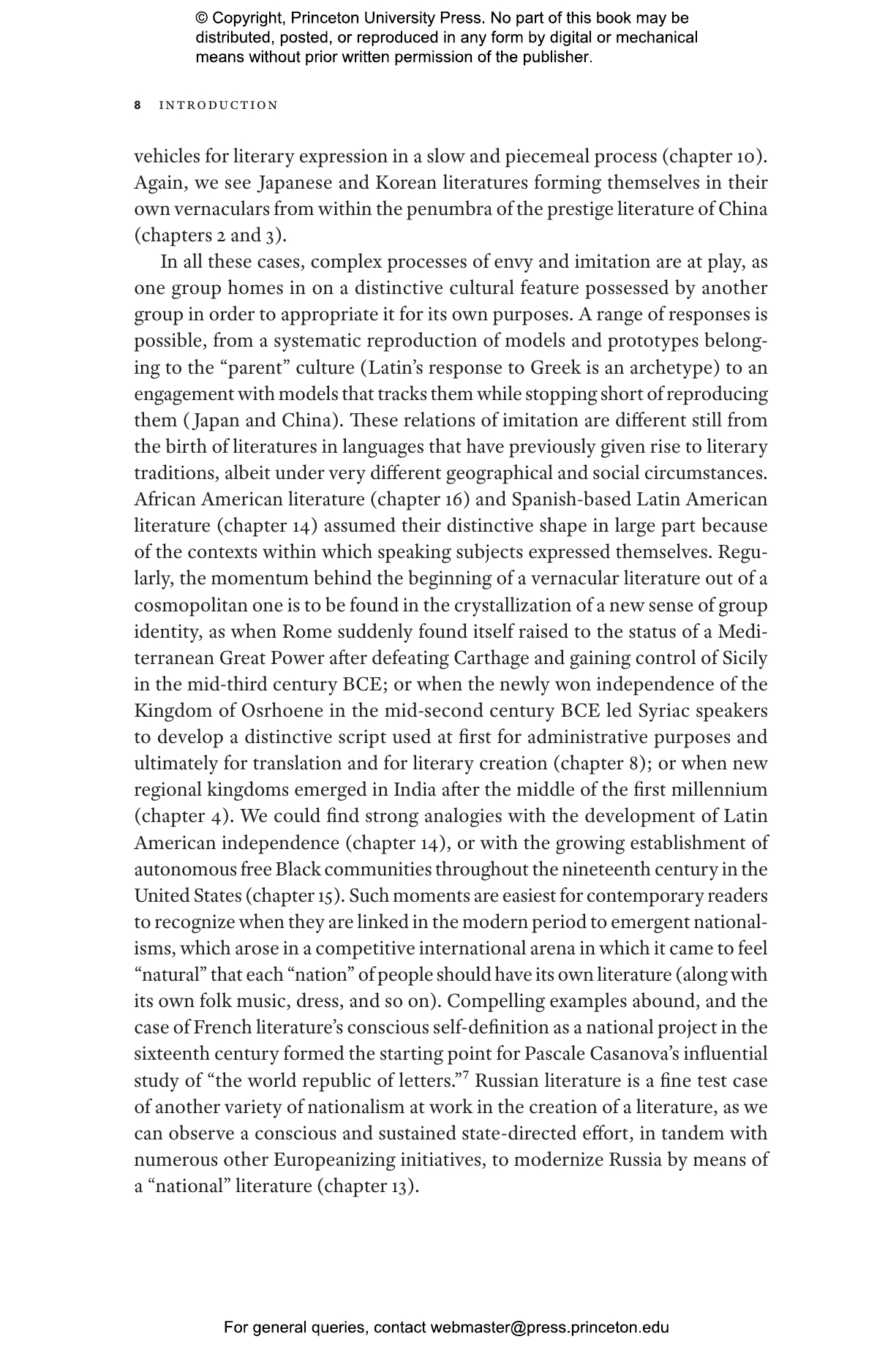 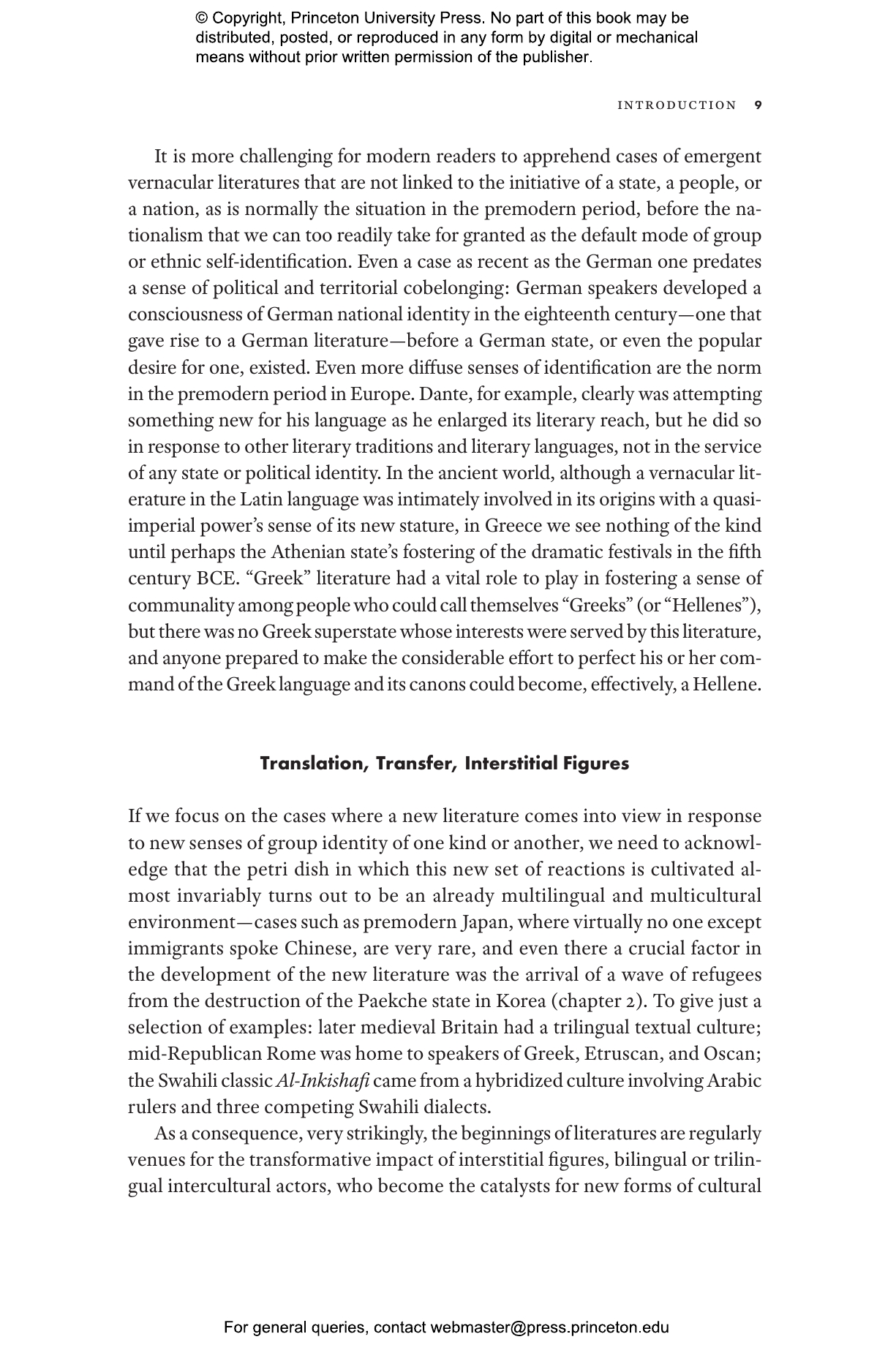 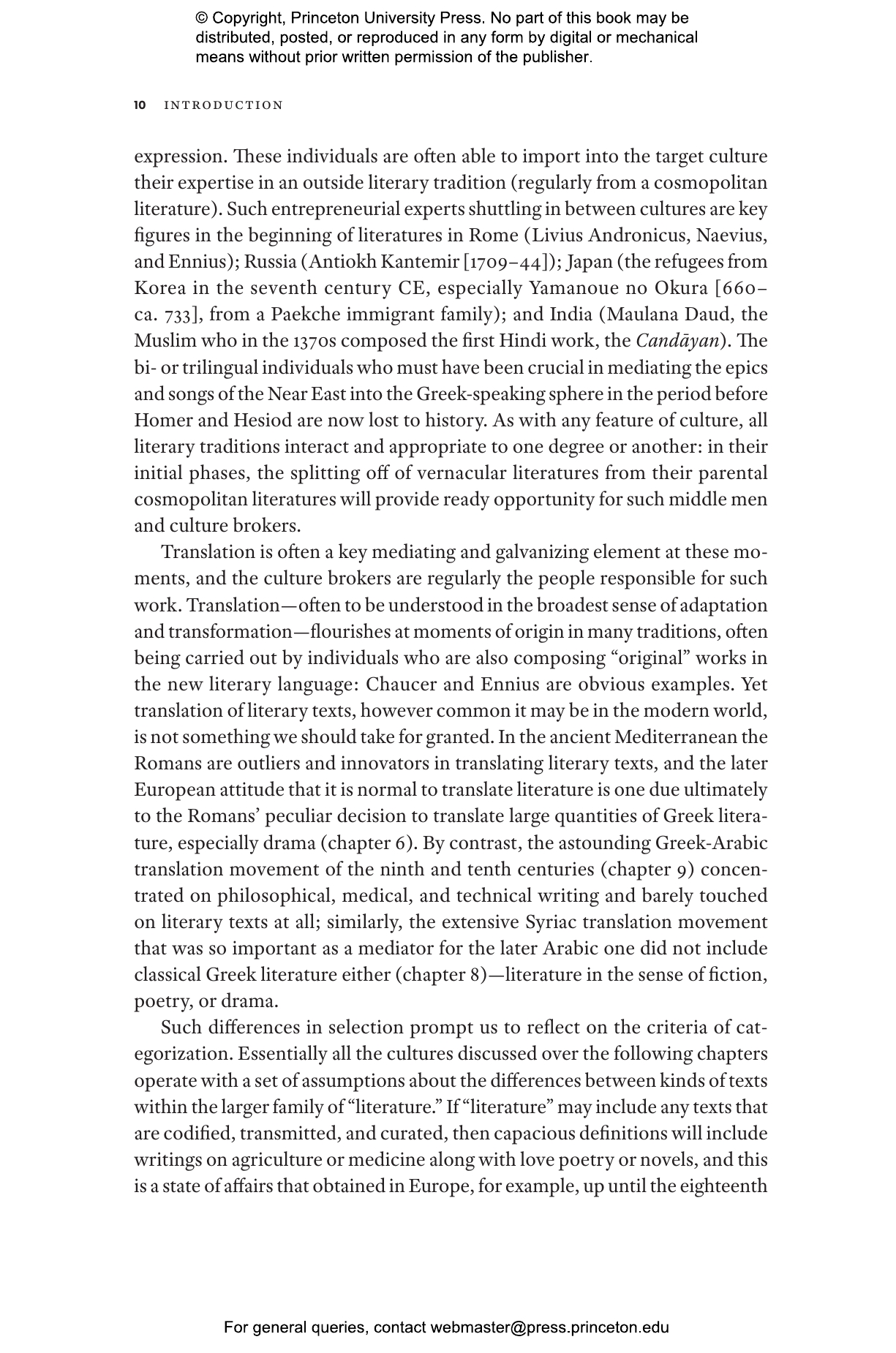 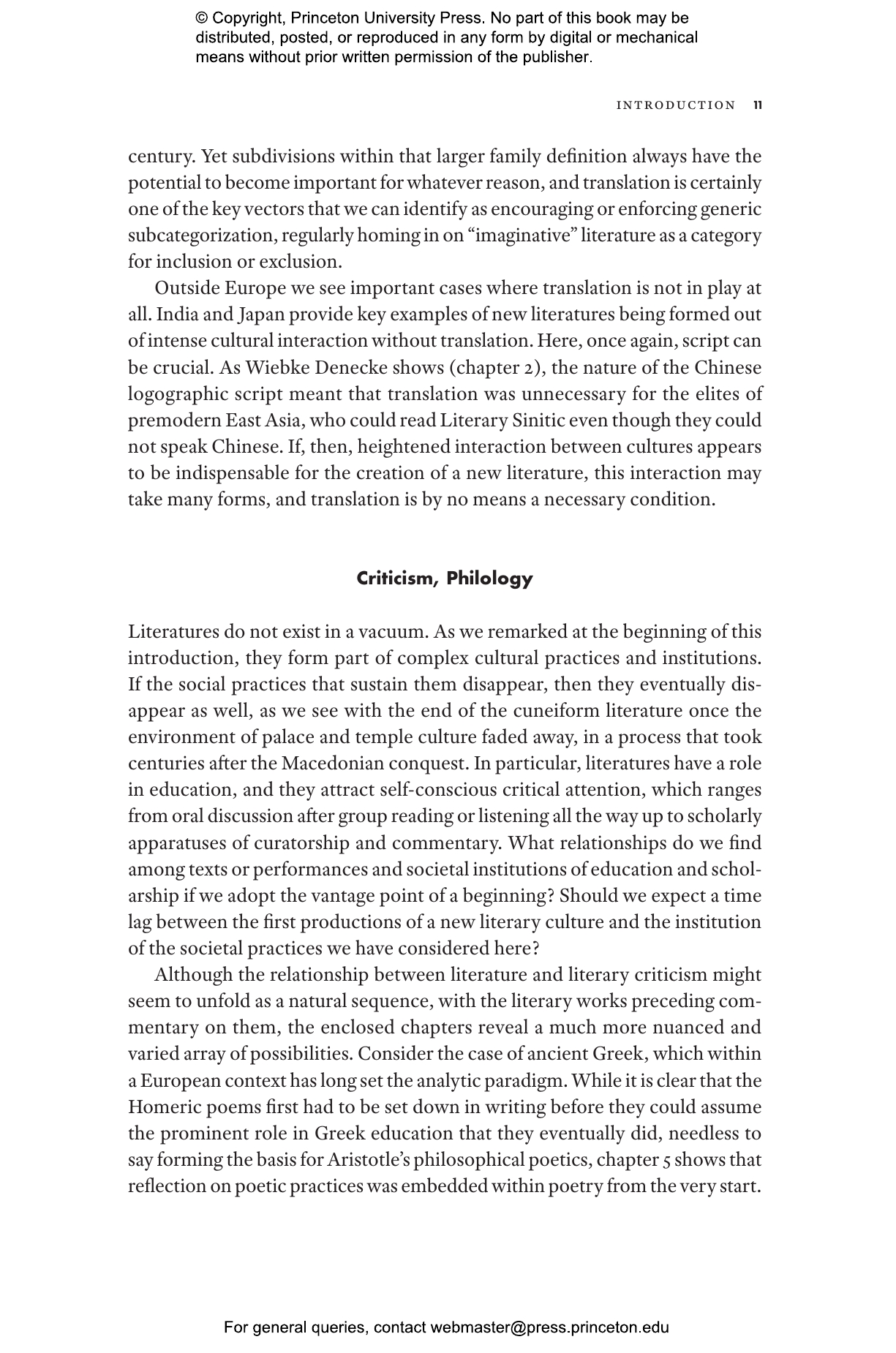 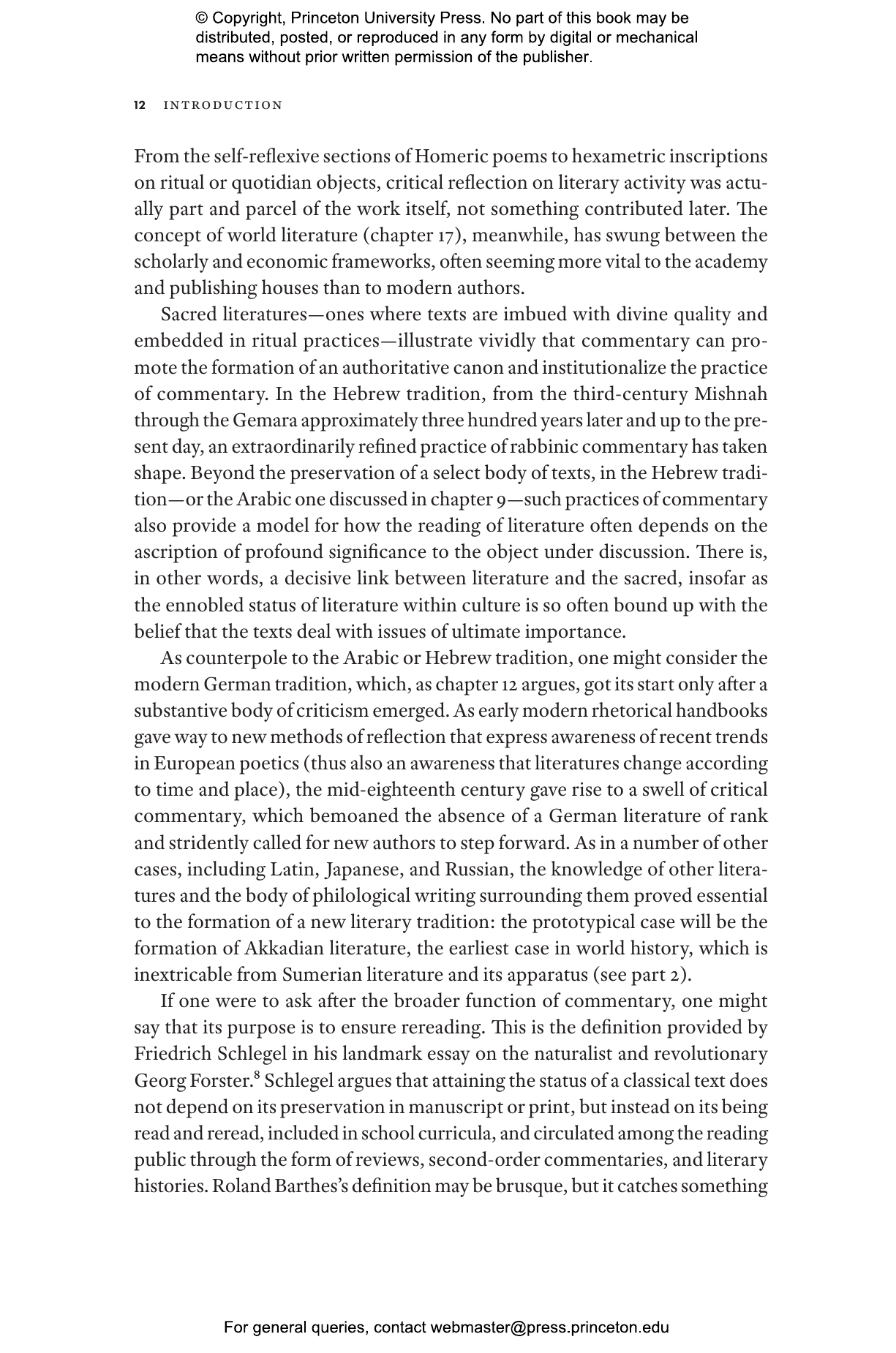 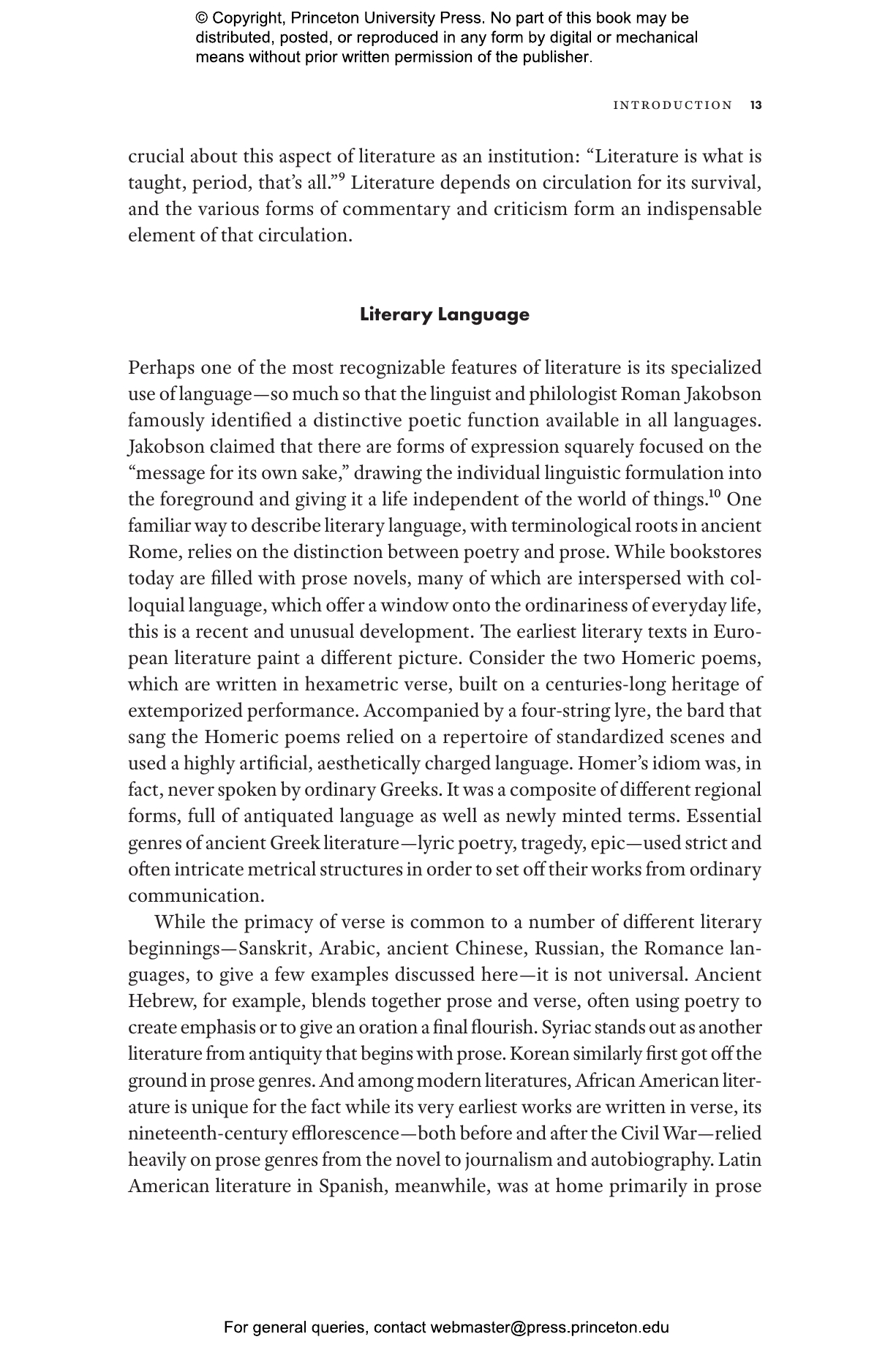 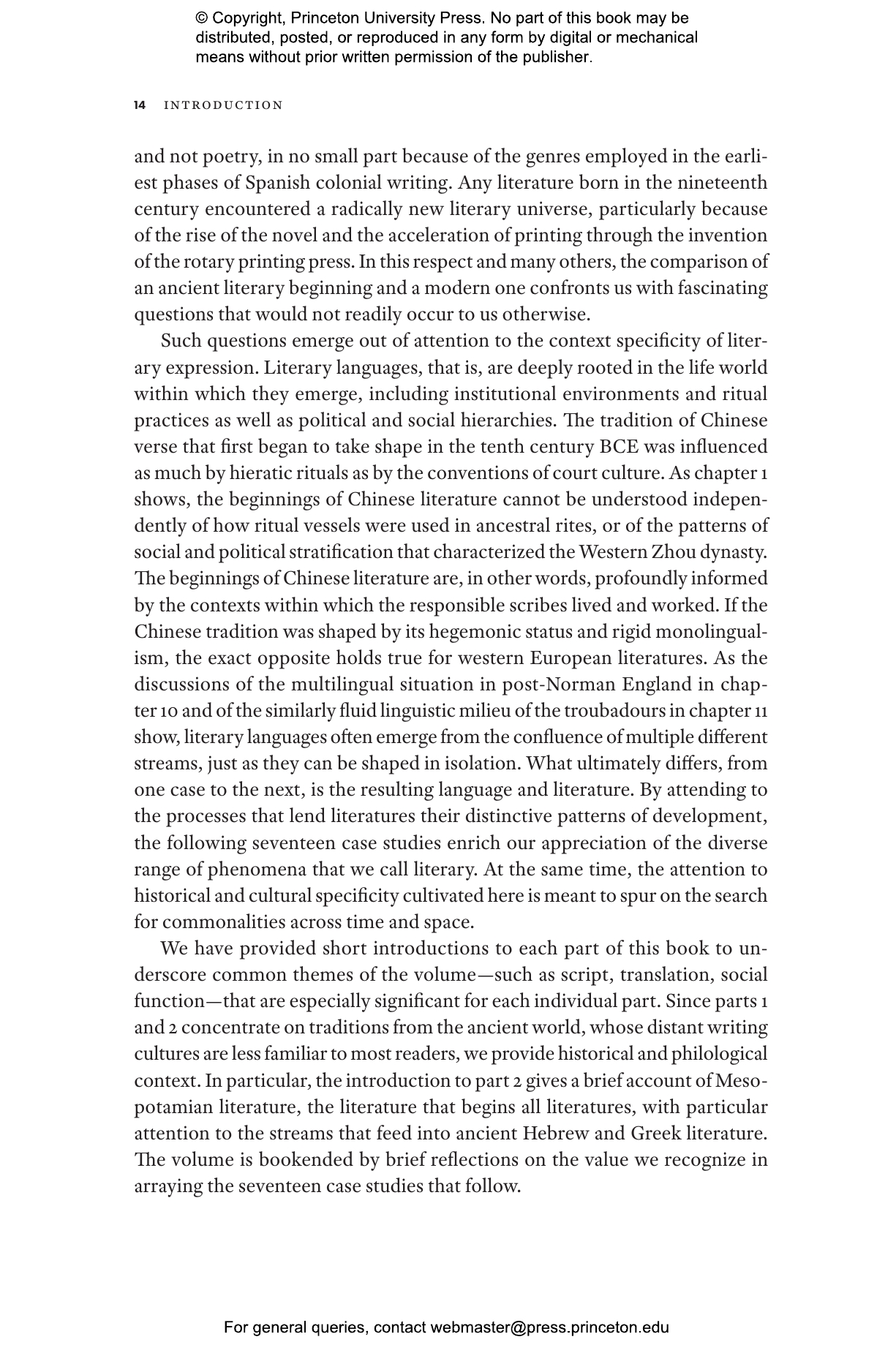 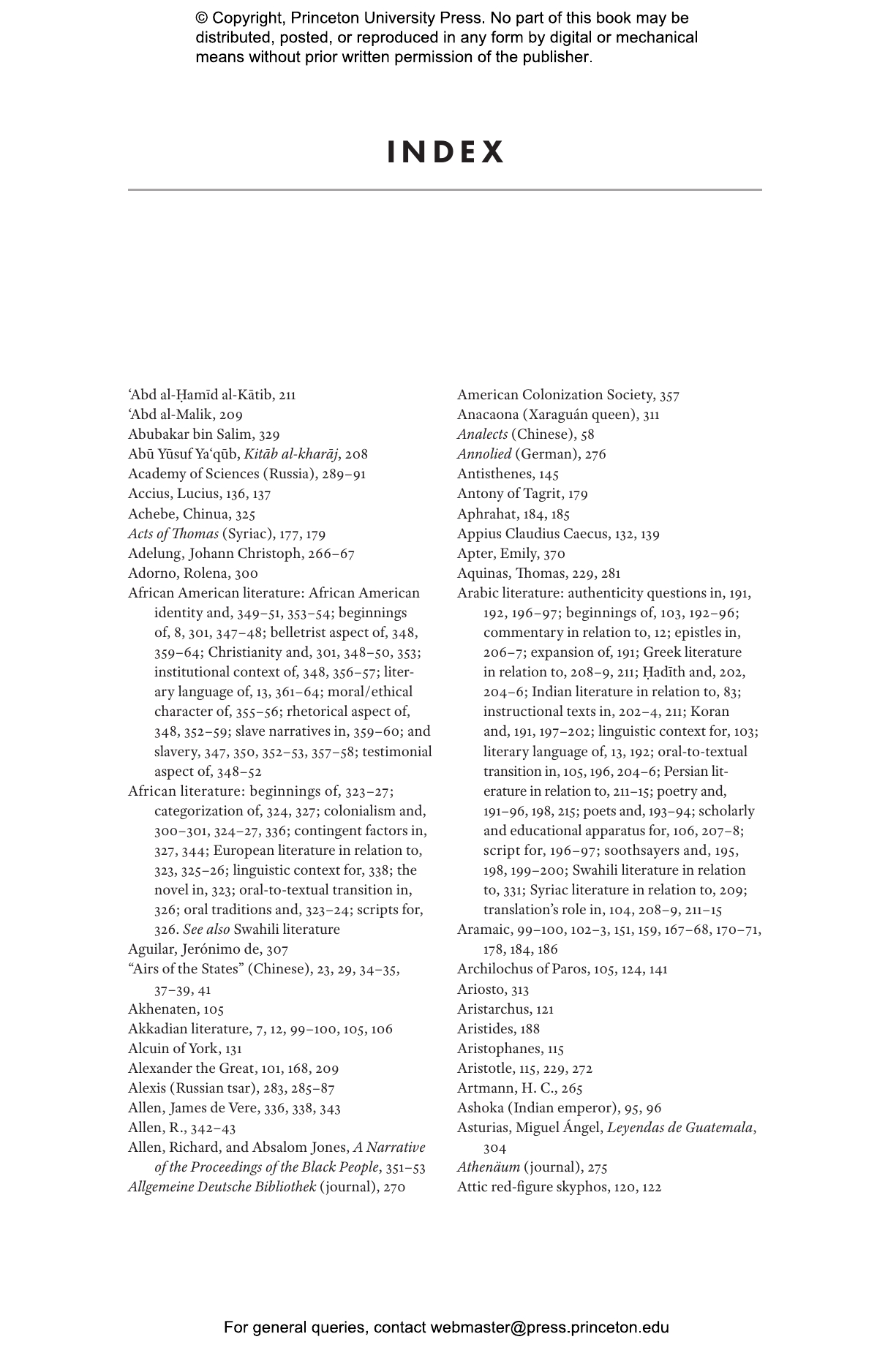 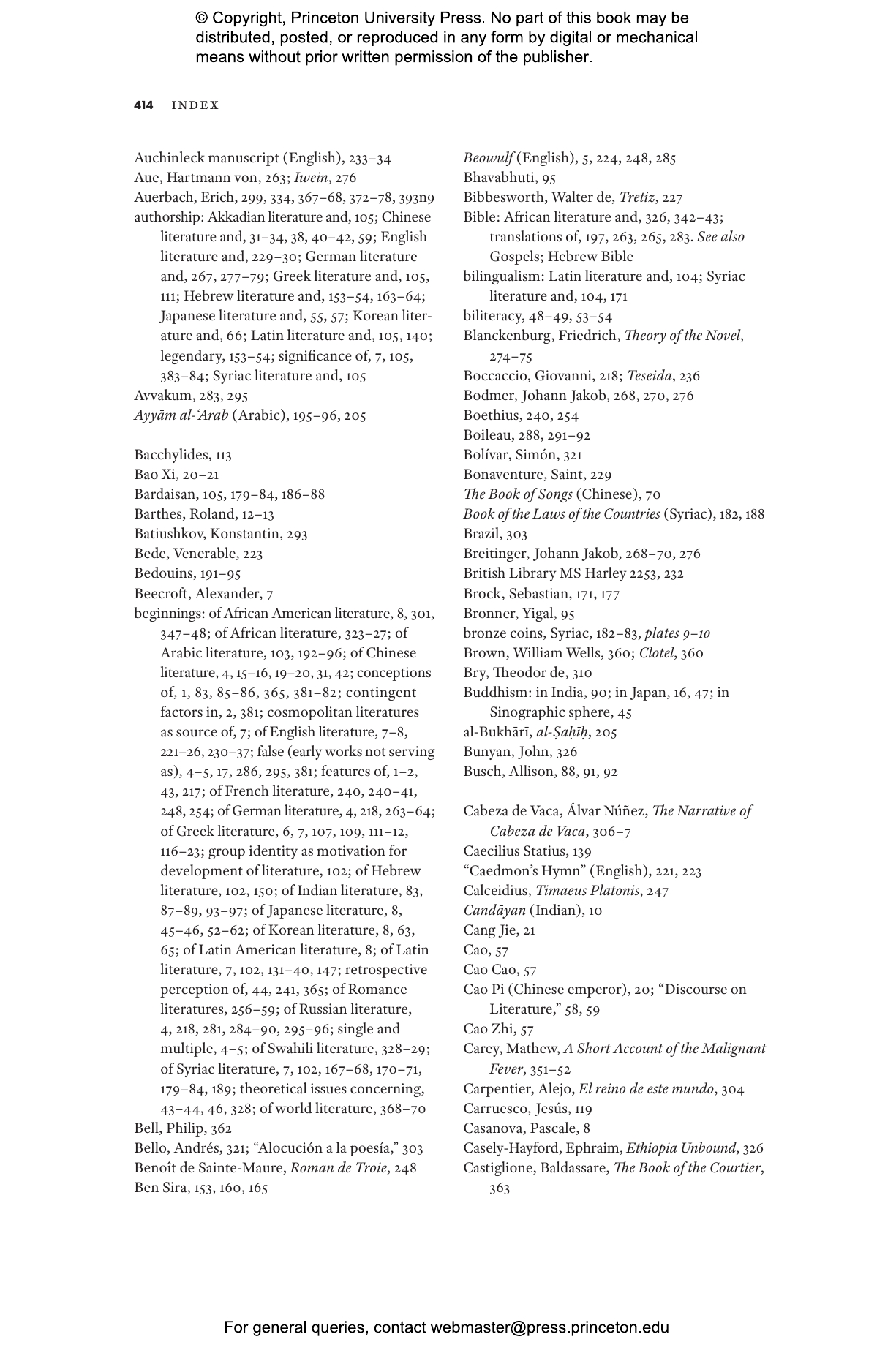 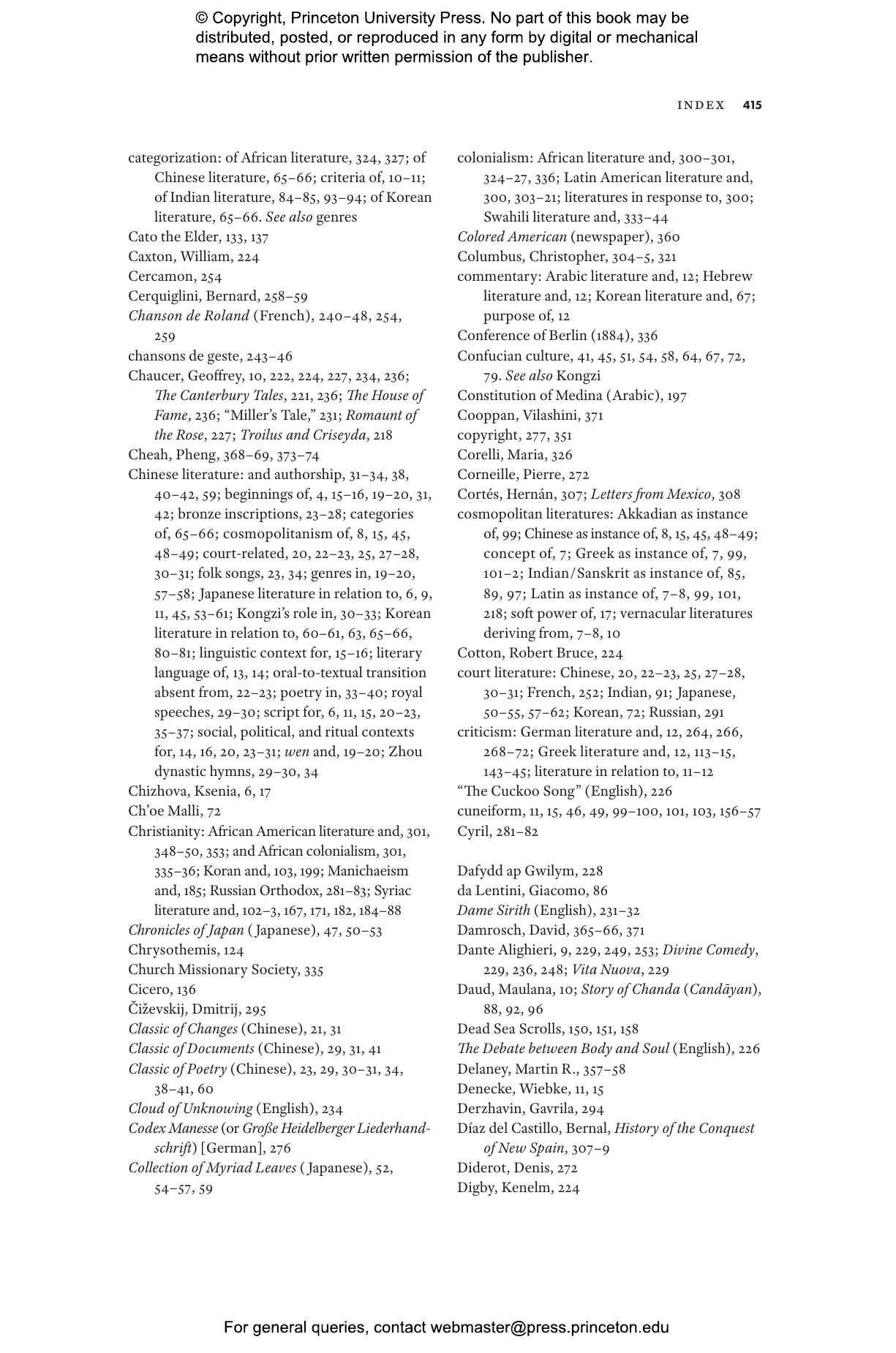 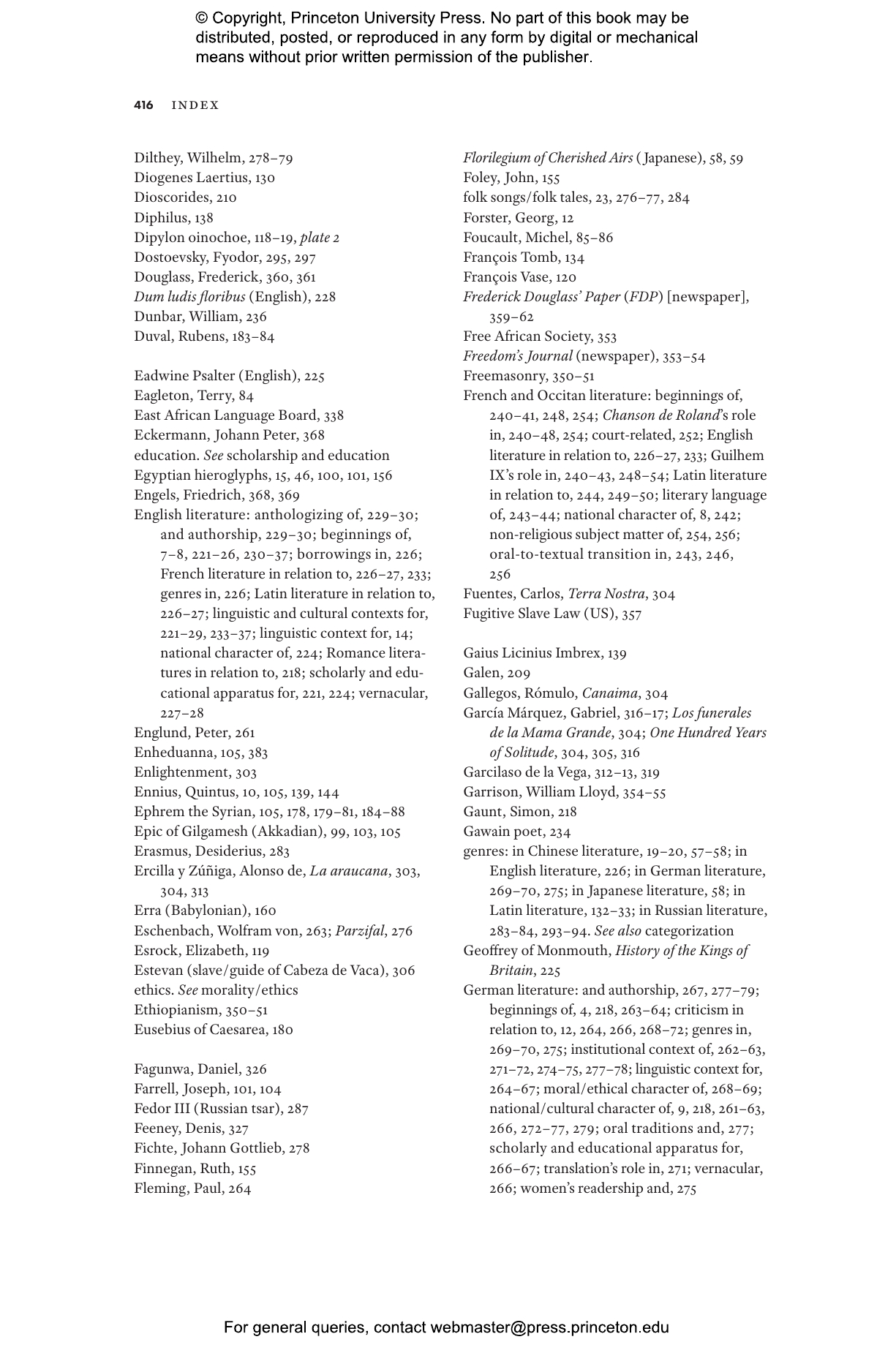 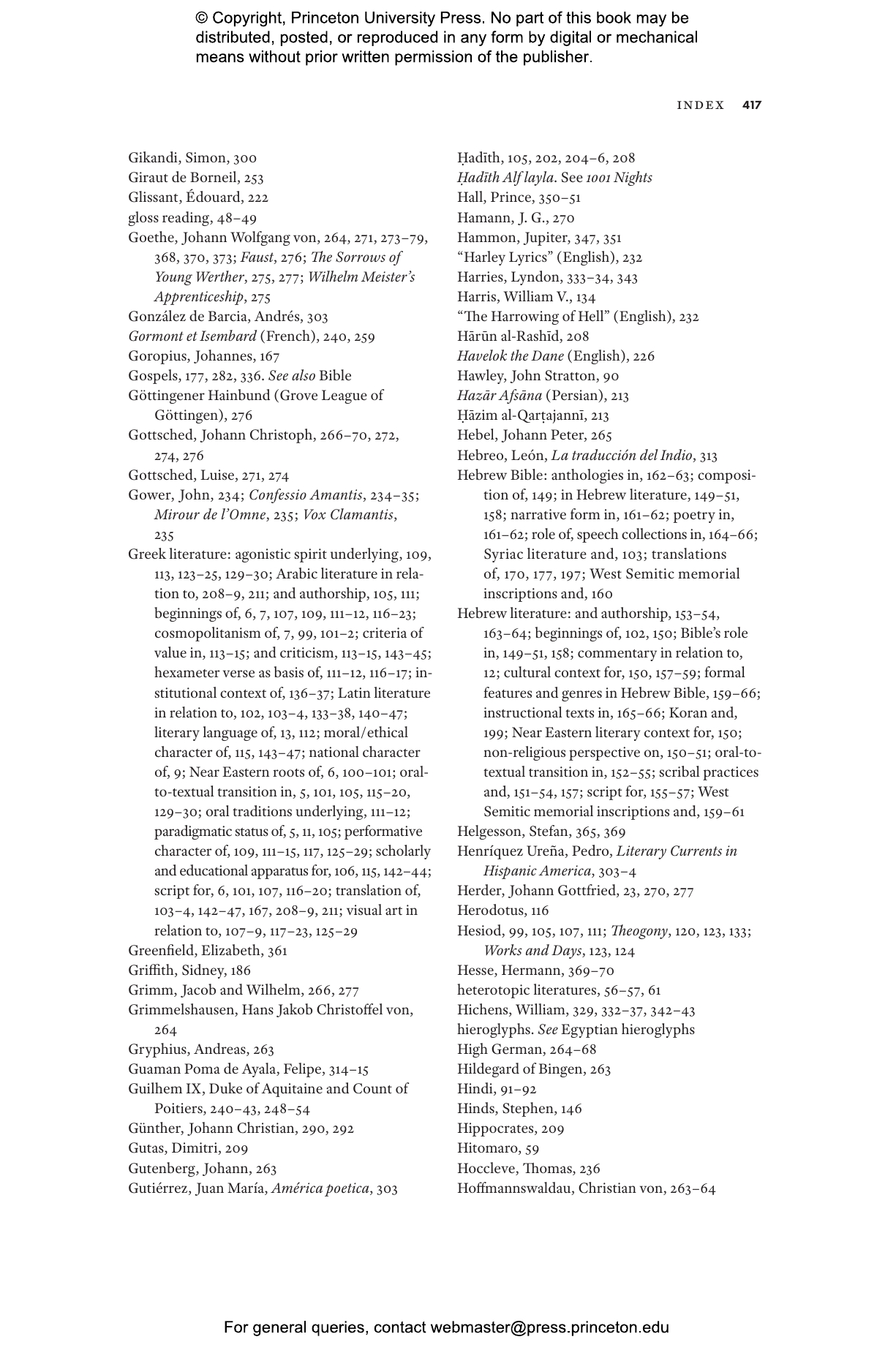 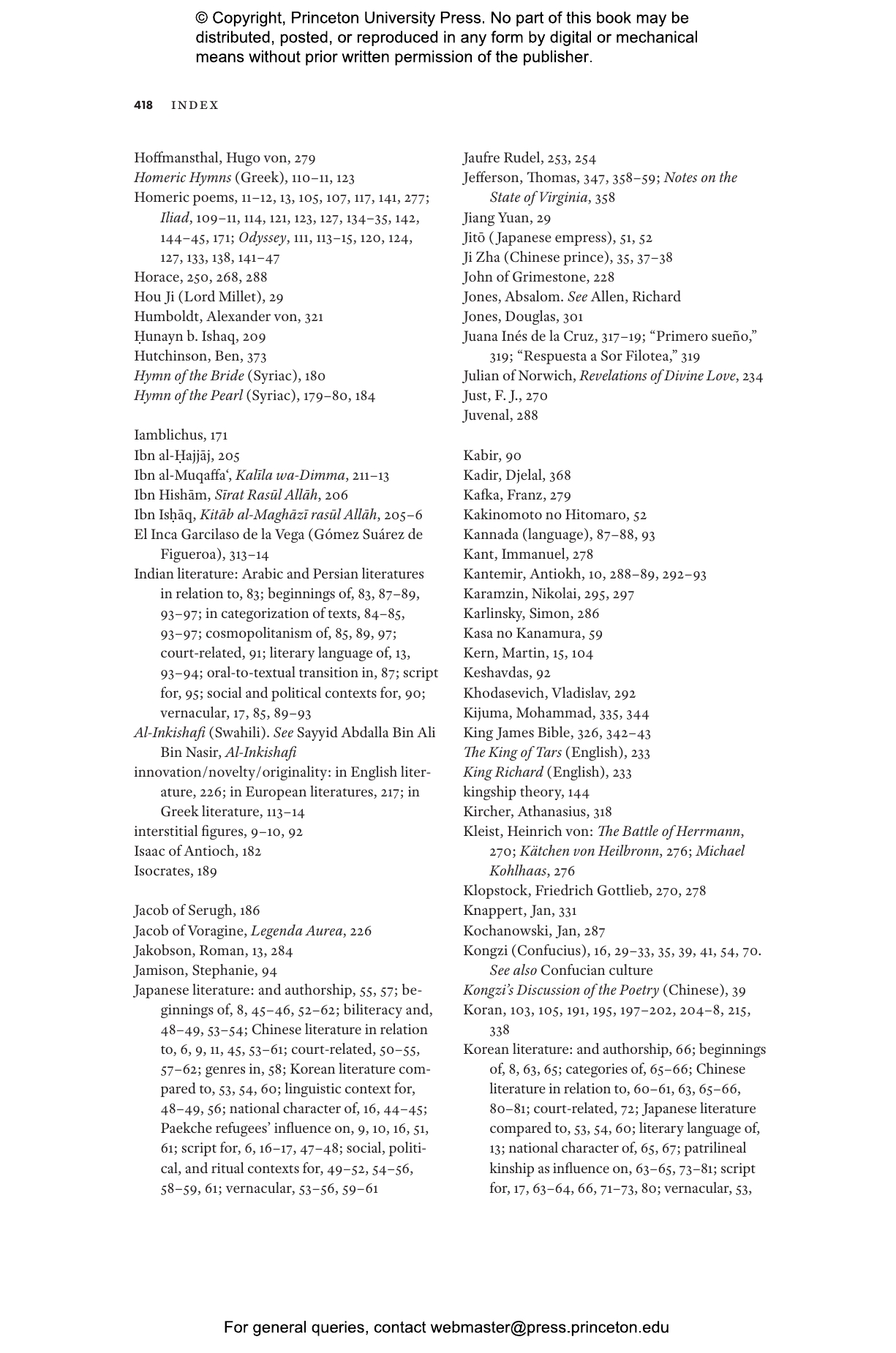 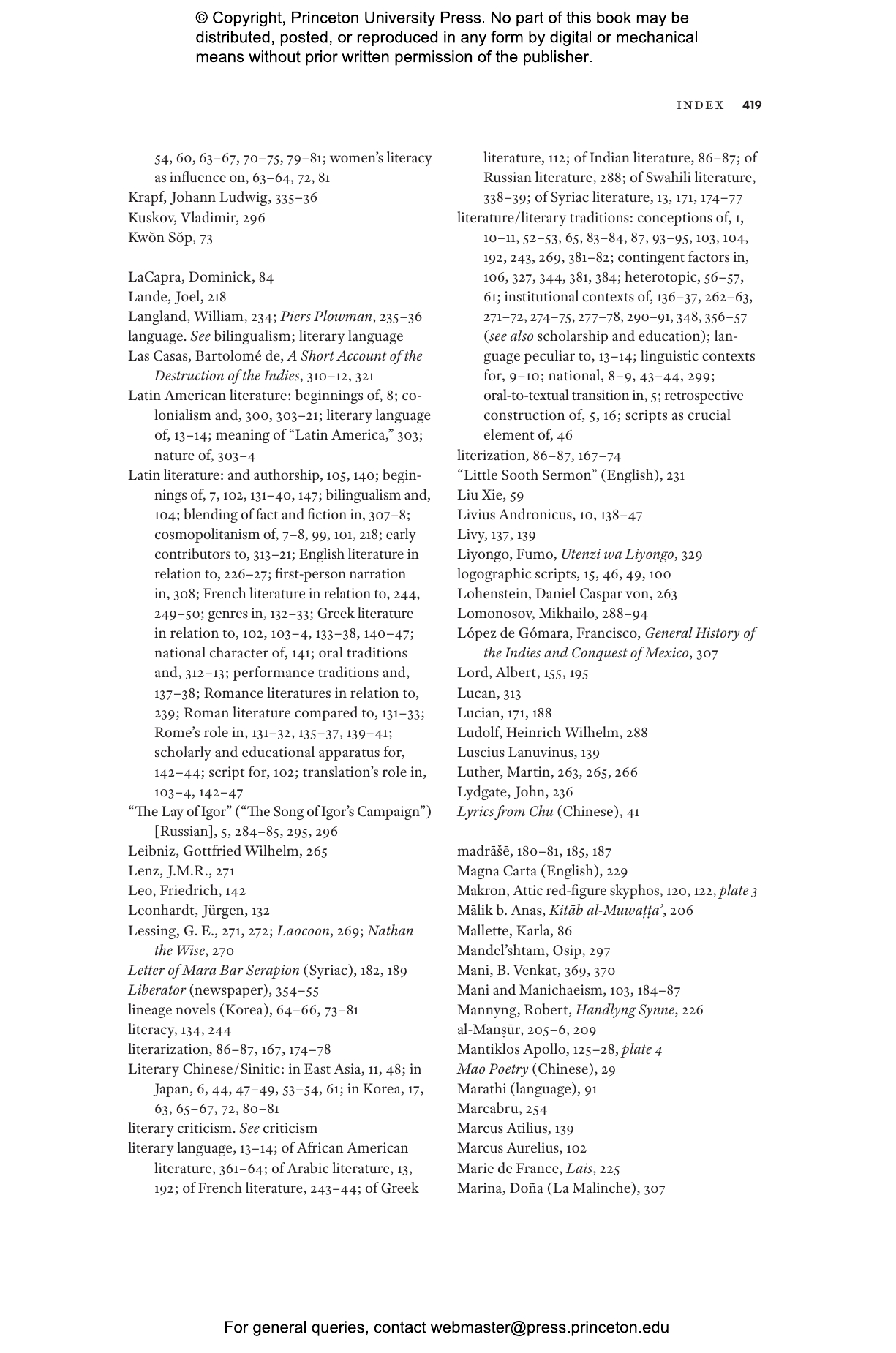 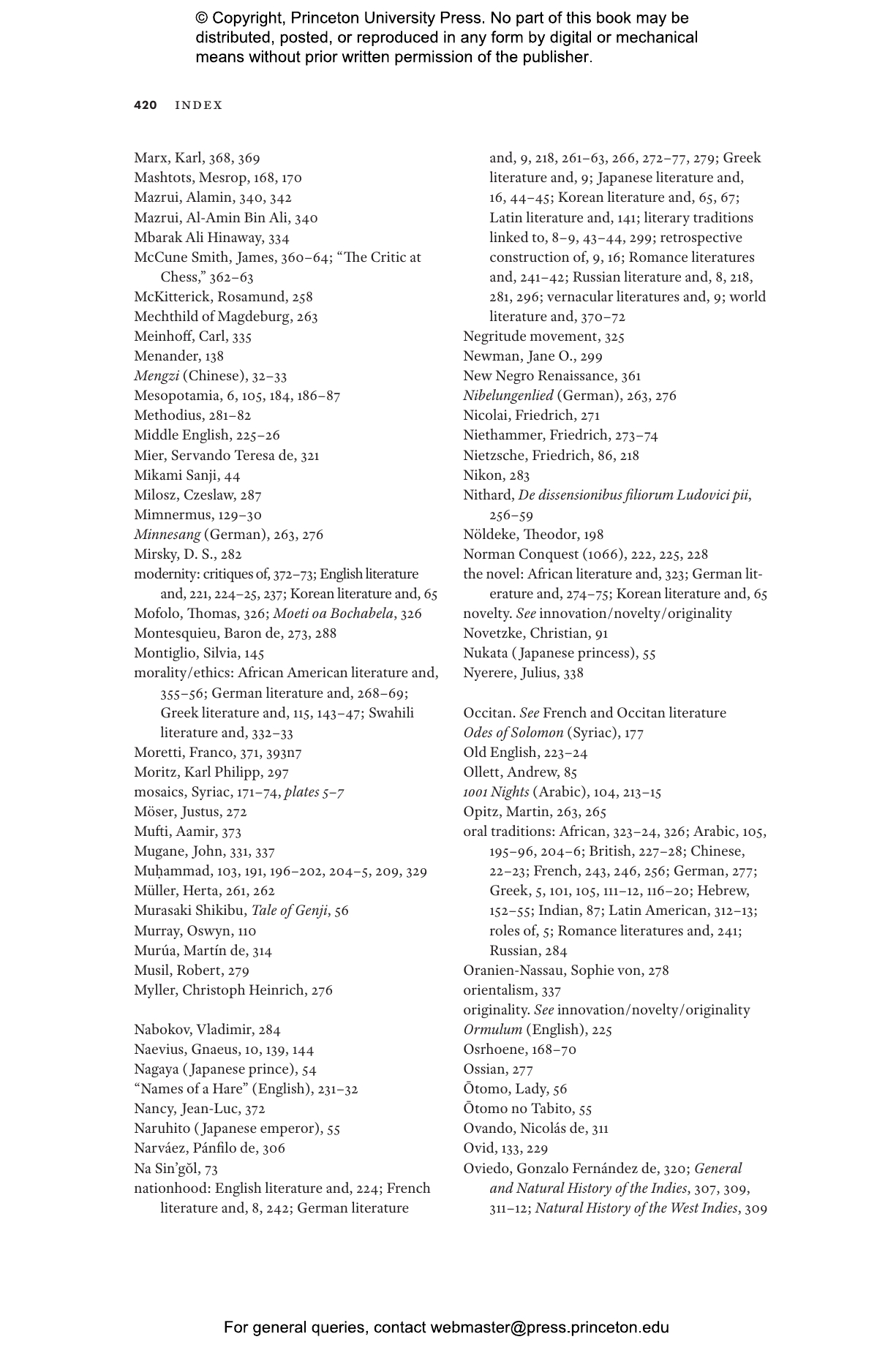 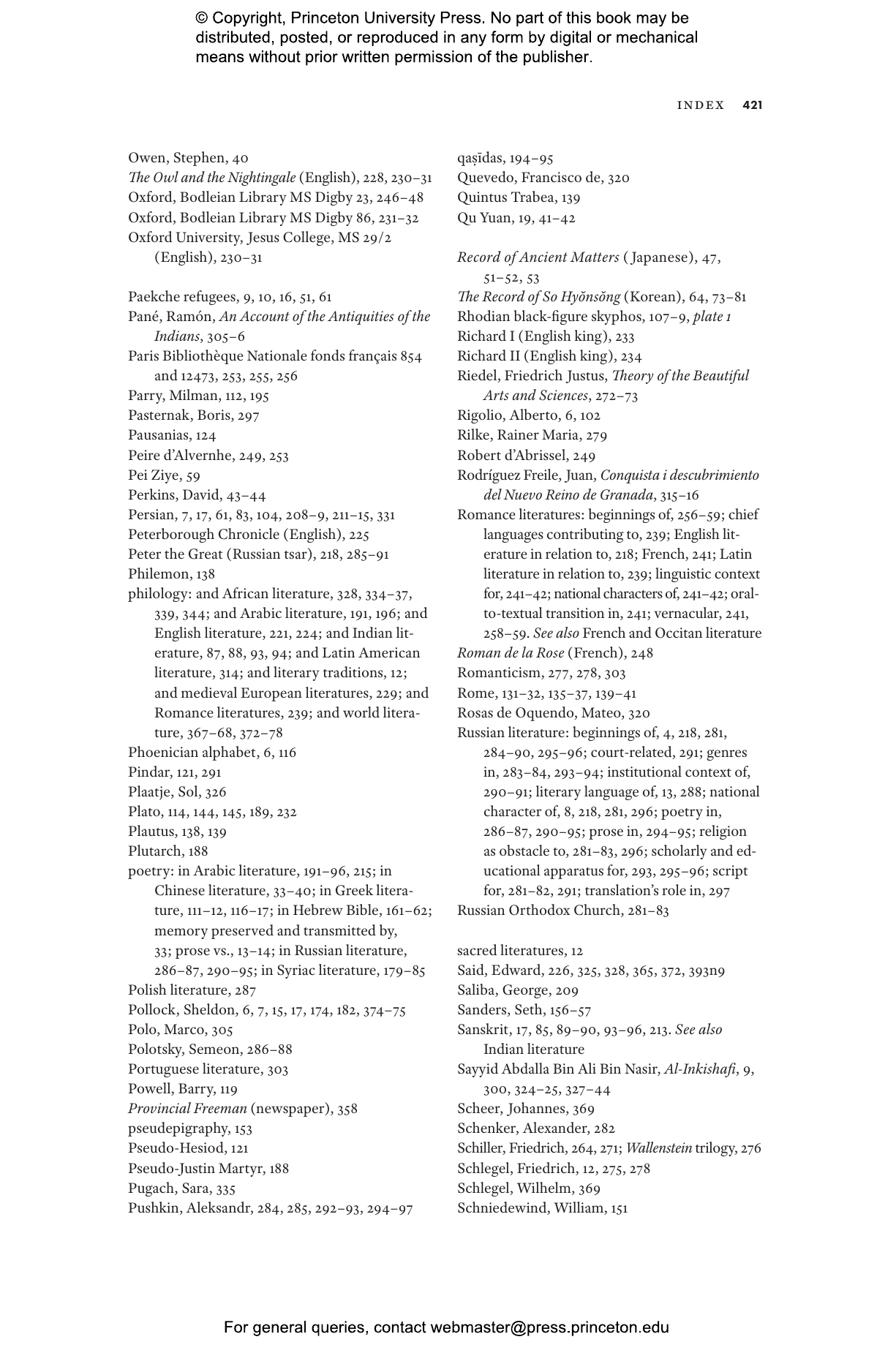 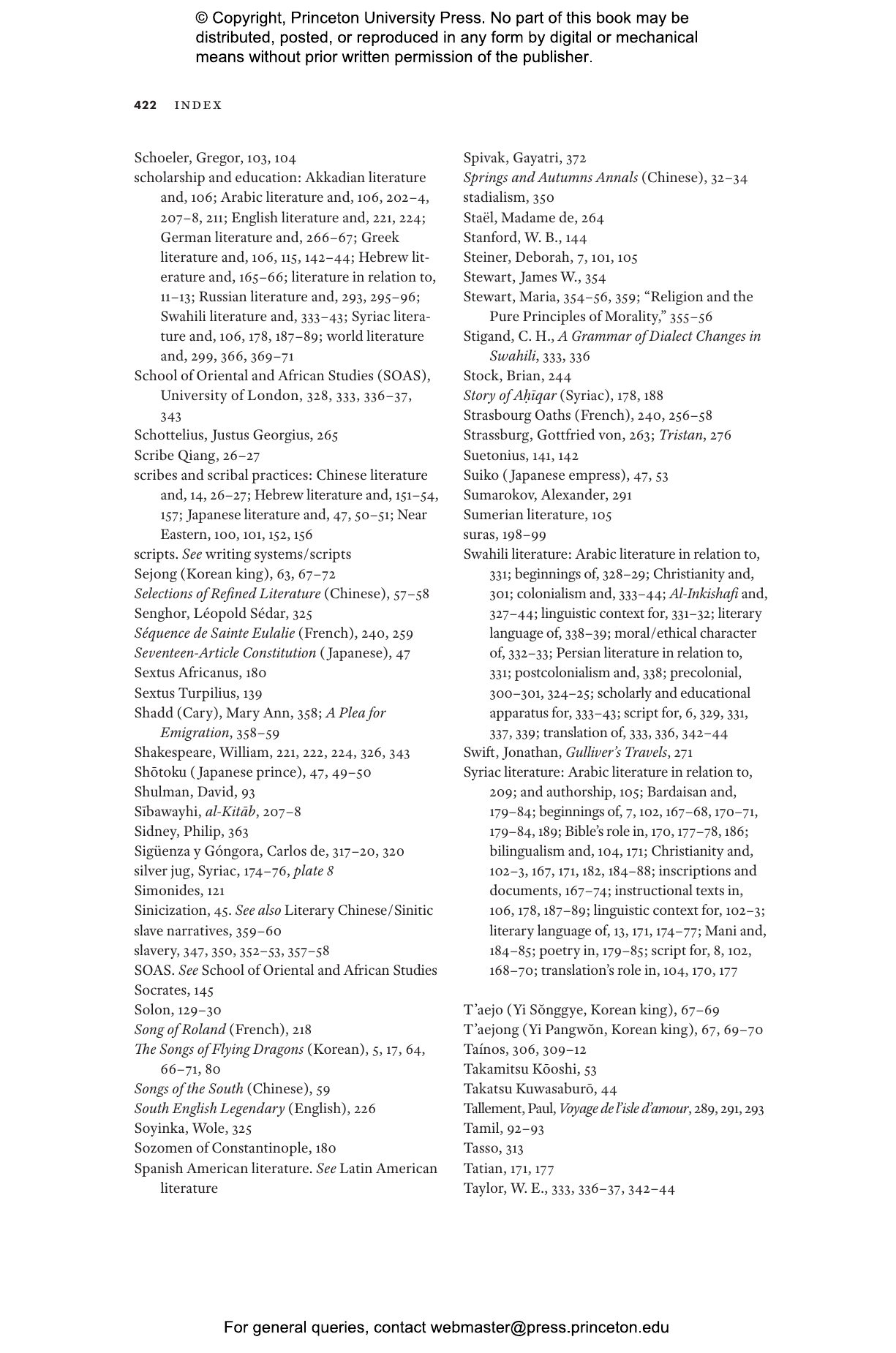 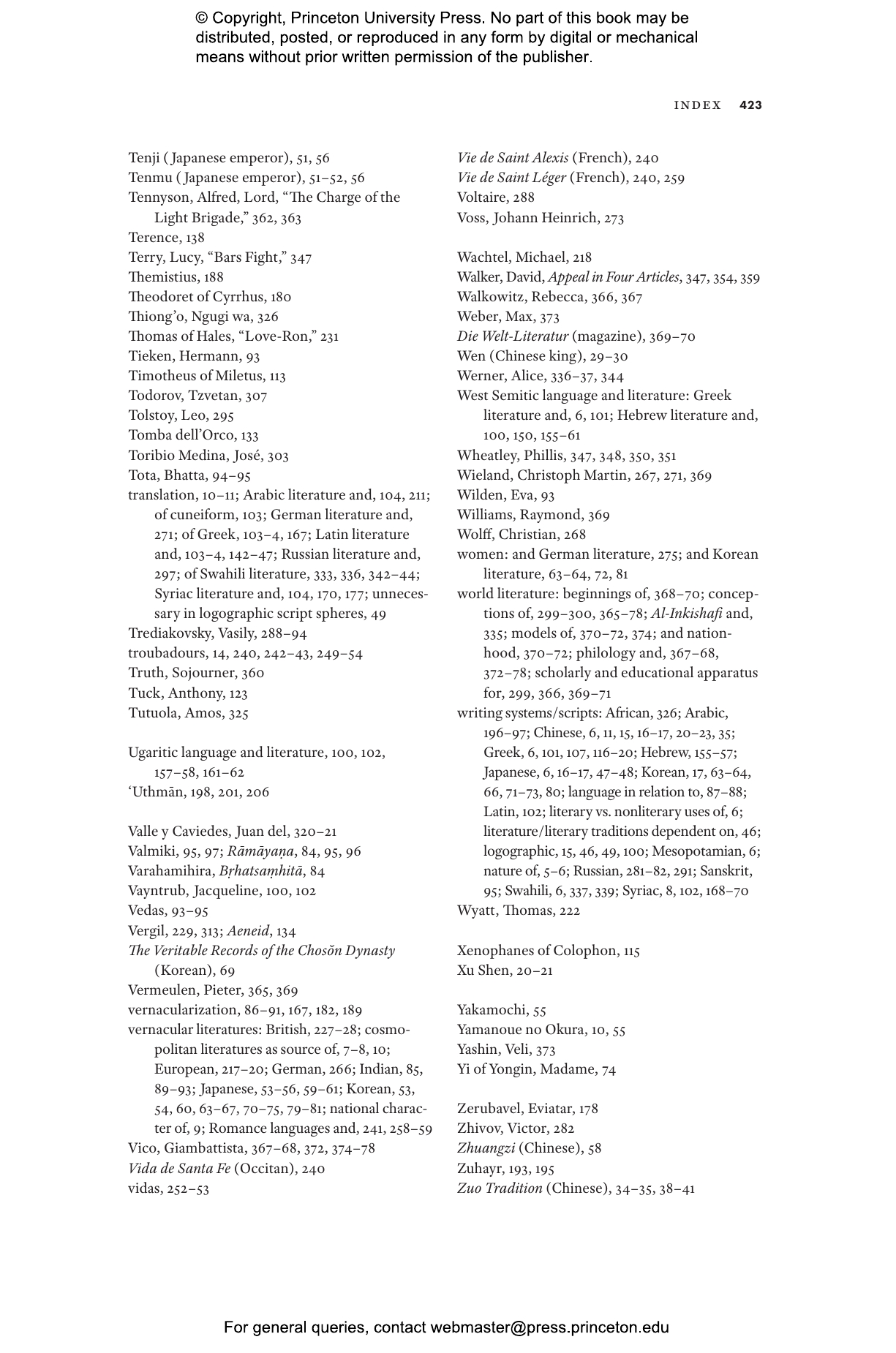 A comparative history of the practices, technologies, institutions, and people that created distinct literary traditions around the world, from ancient to modern times 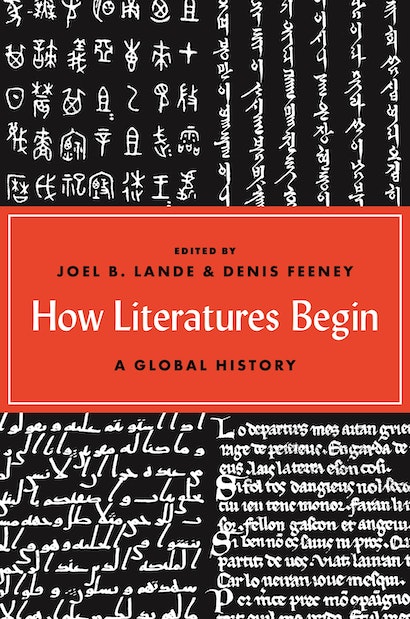 Literature is such a familiar and widespread form of imaginative expression today that its existence can seem inevitable. But in fact very few languages ever developed the full-fledged literary cultures we take for granted. Challenging basic assumptions about literatures by uncovering both the distinct and common factors that led to their improbable invention, How Literatures Begin is a global, comparative history of literary origins that spans the ancient and modern world and stretches from Asia and Europe to Africa and the Americas.

The book brings together a group of leading literary historians to examine the practices, technologies, institutions, and individuals that created seventeen literary traditions: Chinese, Japanese, Korean, Indian, Greek, Latin, Hebrew, Syriac, Arabic, English, Romance languages, German, Russian, Latin American, African, African American, and world literature. In these accessible accounts, which are framed by general and section introductions and a conclusion by the editors, literatures emerge as complex weaves of phenomena, unique and deeply rooted in particular times and places but also displaying surprising similarities. Again and again, new literatures arise out of old, come into being through interactions across national and linguistic borders, take inspiration from translation and cultural cross-fertilization, and provide new ways for groups to imagine themselves in relation to their moment in history.

Renewing our sense of wonder for the unlikely and strange thing we call literature, How Literatures Begin offers fresh opportunities for comparison between the individual traditions that make up the rich mosaic of the world’s literatures.

"[What] is so wonderful about reading How Literatures Begin is the sense one comes away with, that it is somehow both inevitable and truly miraculous that any of these literatures should have come into being—and just how many more are out there for us readers to discover and explore in-depth."—Jeffrey Zuckerman, World Literature Today

“This fascinating collection addresses the question of the differing ways in which a literary tradition can begin and, equally, can survive and flourish. In a series of clear and accessible essays, the distinguished contributors present a range of intriguing case studies into the cultural, political, and institutional factors that may give rise to a significant literary tradition.”—David Damrosch, Harvard University

“Usually mythologized and mystified, the disparate origins of many literary traditions are here lined up for the delight and instruction of comparatists. The variety of cases challenges the assurance of hindsight. With this book, the question of what literature is, far from disappearing, can be posed more intelligently.”—Haun Saussy, University of Chicago