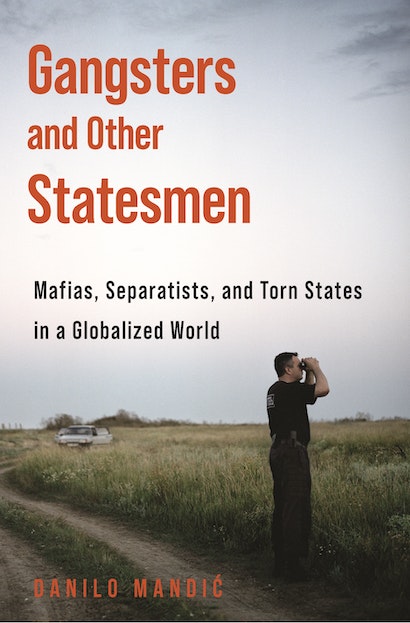 "By crossing disciplines and borders, Mandić successfully carries out an act of political alchemy, demonstrating how the grubby ‘gangsters’ of today’s separatist movements may well be the glorious governors of tomorrow. His work will be of interest to a variety of scholars and undoubtedly paves the way for all manner of future analyses across the social sciences."—Alessandro Ford, LSE Review of Books

"Gangsters and Other States[sic]men takes a rigorous academic approach to a subject too often mired in stereotype."—Kieran Pender, Times Literary Supplement

"Mandić's innovation is to show that success or failure of separatist movements depends on a three-way relation, not just among separatists and the state but also organized crime. This is a gestalt-changing book for understanding today's strife-torn world."—Randall Collins, author of Charisma: Micro-sociology of Power and Influence

"A masterpiece. Mandić has produced a breathtaking and expertly crafted page-turner on a notoriously inaccessible topic: the role of organized crime in fractured states. This magisterial work offers crucial insights about the interpenetration of the transnational with the local and the ambiguous—but systematically patterned—influence of criminal actors on national breakdown and state building."—Bart Bonikowski, New York University

"Tilly once said that states resemble organized protection rackets. In this beautifully written and riveting book, Mandić shows that the line between political power and mafias is even more porous than even Tilly imagined. Gangsters and Other Statesmen demonstrates that globalization and separatism are not opposing forces but may be two different faces of the same greed and violence."—Miguel A. Centeno, coauthor of War and Society

"Highly original. In this accessible and elegantly written book, Danilo Mandić explores a largely neglected social phenomenon—the strong connection between organized crime and secessionism. There is no doubt that Gangsters and Other Statesmen is a significant contribution."—Siniša Malešević, author of Grounded Nationalisms

"Timely and important. In prose that is engaging without being sensationalistic, Mandić explores the relationship between organized crime and political instability, ethno-nationalist conflict, and separatism, showing how mafias are not peripheral to these conflicts but play a fundamental role in shaping patterns of state cohesion and fragmentation."—Katherine Hirschfeld, author of Gangster States: Organized Crime, Kleptocracy, and Political Collapse