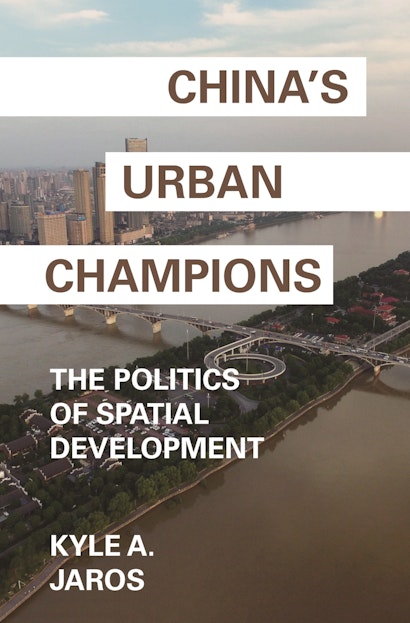 "Jaros masterfully applies a striking range of qualitative and quantitative methods to explain convincingly why some Chinese provinces have focused their investment, while others spread their investment more equitably. His results undermine commonly held assumptions about equality and fairness, the dynamics of development and urbanization, and the essence of politics—who gets what, when, and how."—John A. Donaldson, Singapore Management University

"This book makes a valuable contribution to our understanding of the multilevel politics of spatial development in contemporary China. Its in-depth coverage of four provinces is rare and impressive."—Jae Ho Chung, Seoul National University

“This is an important, powerful, and original book, demonstrating admirably intensive research and a masterly research design. The quantitative conclusion is especially convincing and the major finding about why provincial leaders concentrate resources in provinces’ capitals is a compelling formulation. The work is provocative and has the potential to become definitive.”—Dorothy J. Solinger, professor emerita, University of California, Irvine

"Which Chinese cities grow, and which ones are allowed to wither? This book navigates the convoluted policies and contested priorities that shape these decisions across different levels of China’s government. Using nuanced case studies from four provinces, Jaros highlights how the abstract politics of development are remade by considering space."—Jeremy Wallace, Cornell University

“This solid work of original research makes a substantial contribution to the literature on China’s spatial development. Focusing on four provincial cases, Jaros looks at how provincial governments interact with central and subprovincial governments. This book’s arguments are convincing.” —You-tien Hsing, University of California, Berkeley