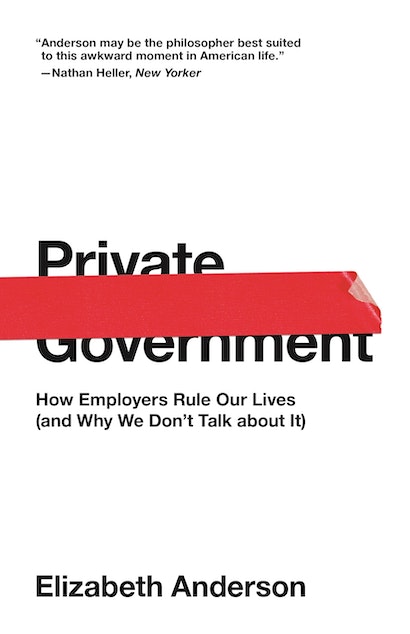 One in four American workers says their workplace is a “dictatorship.” Yet that number almost certainly would be higher if we recognized employers for what they are—private governments with sweeping authoritarian power over our lives. Many employers minutely regulate workers’ speech, clothing, and manners on the job, and employers often extend their authority to the off-duty lives of workers, who can be fired for their political speech, recreational activities, diet, and almost anything else employers care to govern. In this compelling book, Elizabeth Anderson examines why, despite all this, we continue to talk as if free markets make workers free, and she proposes a better way to think about the workplace, opening up space for discovering how workers can enjoy real freedom.

Elizabeth Anderson is Arthur F. Thurnau Professor and John Dewey Distinguished University Professor of Philosophy and Women’s Studies at the University of Michigan. Her books include The Imperative of Integration (Princeton). 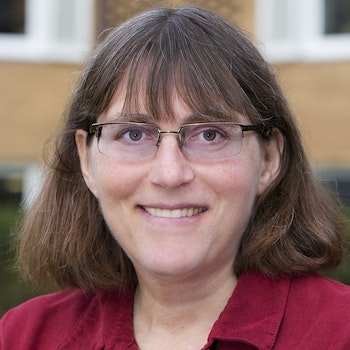 “Anderson explores a striking American contradiction. On the one hand, we are a freedom-obsessed society, wary of government intrusion into our private lives; on the other, we allow ourselves to be tyrannized by our bosses.”—Joshua Rothman, NewYorker.com

“Private Government is a welcome and important call to bring workplace governance back into political theory and discourse, and should be taken seriously if we are to promote greater democracy in the workplace.”—David Cowan, Times Literary Supplement

“Highlight[s] the dramatic and alarming changes that work has undergone over the past century—insisting that, in often unseen ways, the changing nature of work threatens the fundamental ideals of democracy.”—Miya Tokumitsu, New Republic

“The extent of the arbitrary authority of owners and managers over employees is surprisingly neglected by political thinkers, given how much time we spend at work and how little in the polling booth. Elizabeth Anderson provides a much-needed, important, and compelling account of this overlooked subject. Private Government deserves to be widely read and discussed.”—Alan Ryan, professor emeritus, University of Oxford