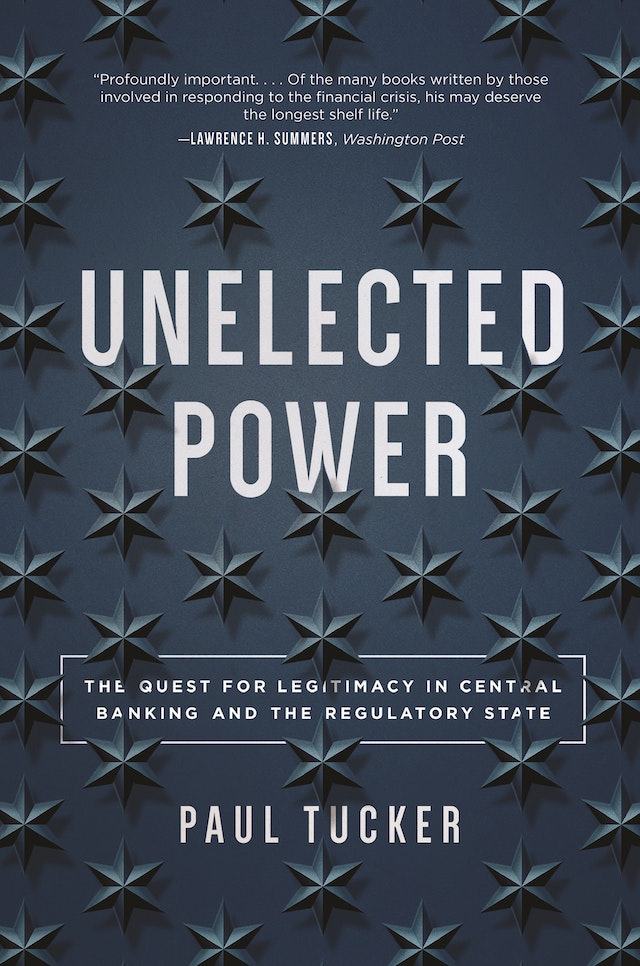 Unelected Power lays out the principles needed to ensure that central bankers and other independent regulators act as stewards of the common good. Blending economics, political theory, and public law, this critically important book explores the necessary conditions for delegated but politically insulated power to be legitimate in the eyes of constitutional democracy and the rule of law. It explains why the solution must fit with how real-world government is structured, and why technocrats and their political overseers need incentives to make the system work as intended. Now with a new preface by Paul Tucker, Unelected Power explains how the regulatory state need not be a fourth branch of government free to steer by its own lights, and how central bankers can emulate the best of judicial self-restraint.

Paul Tucker is a fellow at the Harvard Kennedy School and chair of the Systemic Risk Council. 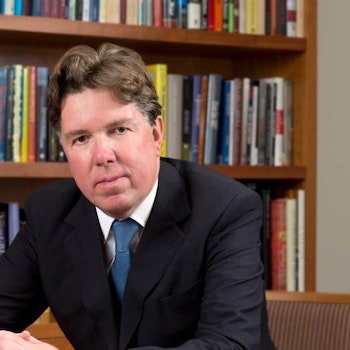 "The most compelling recent exploration of the constitutional problems posed by an independent central bank in a democracy. . . . A thought-provoking read."—Joseph C. Sternberg, Wall Street Journal

"Reconstruct[s] from the ground up the case for the legitimate exercise of unelected power. . . . Of fundamental importance to anyone interested in the future of liberal democracy."—Felix Martin, New Statesman

"Tucker is right to demand a return to clear mandates for independent agencies, set and monitored by elected politicians."—Tim Harford, Financial Times

"Profoundly important. . . . Of the many books written by those involved in responding to the financial crisis, his may deserve the longest shelf life."—Lawrence H. Summers, Washington Post

"A marvelous mix of realism and idealism—a magisterial book. Tucker offers the most sophisticated discussion of principal-agency theory in the context of democracy that I have seen."—Eric Beerbohm, author of In Our Name: The Ethics of Democracy

"Unelected Power is likely to be a standard reference work for those thinking about the design of central banks for decades to come."—Michael Reddell, Central Banking Journal

"Addresses a challenge that ought to concern all persons who value both limited government and monetary stability, namely, that of reconciling central banks' extraordinary powers with the ideal of constitutional democracy."—George Selgin, Cato Institute

"Tucker is refreshingly honest about the problem: across a range of different countries, central bankers have become 'overmighty citizens'. The contract between them and the people they are supposed to serve needs to be rewritten."—Ed Conway, The Times

"Unelected Power brings Tucker's experience and intellect to bear on a controversial issue that has hitherto been underexplored."—Martin Vander Weyer, Literary Review

"This book is a much-needed study of a much-neglected problem. Combining experience with theoretical expertise, Paul Tucker offers us an insightful and original account of how central banks and other unelected authorities need to be oriented and constrained within a democracy. Unelected Power is a significant contribution to both political theory and social science."—Philip Pettit, Princeton University and Australian National University

"An important book on a fundamental problem—by an author who combines theoretical intelligence and practical experience in a compelling fashion."—Bruce Ackerman, Yale University

"Candidates to succeed [Governor Carney] . . . should work their way through Unelected Power. They will then have some thinking to do."—Christopher Fildes, Standpoint

"Unelected Power is extraordinary from many perspectives. It is broad and deep. It stretches from the role of government agencies to central banking now and into the future. The book is extremely well researched. It is a joy to read."—Lawrence Goodman, Center for Financial Stability

"Tucker's synthesis of economics, law, political science, and political philosophy is prodigious, and his experience on the front lines of fighting the global financial crisis is imposing. . . . [His] worry that he and his ilk have become 'overmighty citizens' is palpable, and he takes seriously the idea that bureaucrats must ultimately be servants rather than masters."—Philip A. Wallach, American Interest