Safeguarding Democratic Capitalism gathers together decades of writing by Melvyn Leffler, one of the most respected historians of American foreign policy, to address important questions about U.S. national security policy from the end of World War I to the global war on terror. Why did the United States withdraw strategically from Europe after World War I and not after World War II? How did World War II reshape Americans’ understanding of their vital interests? What caused the United States to achieve victory in the long Cold War? To what extent did 9/11 transform U.S. national security policy? Is budgetary austerity a fundamental threat to U.S. national interests?

Leffler’s wide-ranging essays explain how foreign policy evolved into national security policy. He stresses the competing priorities that forced policymakers to make agonizing trade-offs and illuminates the travails of the policymaking process itself. While assessing the course of U.S. national security policy, he also interrogates the evolution of his own scholarship. Over time, slowly and almost unconsciously, Leffler’s work has married elements of revisionism with realism to form a unique synthesis that uses threat perception as a lens to understand how and why policymakers reconcile the pressures emanating from external dangers and internal priorities.

An account of the development of U.S. national security policy by one of its most influential thinkers, Safeguarding Democratic Capitalism includes a substantial new introduction from the author.

Melvyn P. Leffler is the Edward Stettinius Professor of American History at the University of Virginia and faculty fellow at UVA’s Miller Center. His many books include For the Soul of Mankind and A Preponderance of Power. 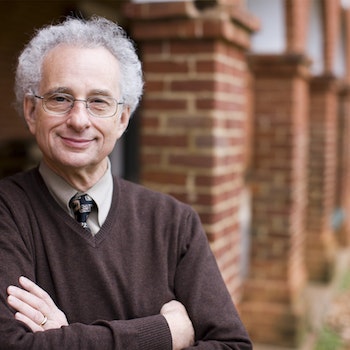 "Ultimately, Leffler’s framework is one of the most perceptive, rigorous, and comprehensive analyses of American foreign policy in the last eight decades."—Jennifer M. Miller, H-Diplo Roundtable Review

"This is the best one-volume interpretation of American foreign policy in the twentieth century. Leffler plumbs deeply into the archives of American decision makers to understand their motivations, fears, and aspirations. He shows how realism and expansionism have repeatedly conjoined, often out of defensive impulses, to push Americans into unwanted conflicts with undesirable results. Everyone interested in foreign policy should read this book."—Jeremi Suri, author of The Impossible Presidency

"Leffler is a magnificent historian and Safeguarding Democratic Capitalism shows why. Always provocative, never doctrinaire, and often surprising in its lessons, this book is at once brilliantly written and based on the most thorough scholarship. It also happens to address a central question facing American foreign policy today—how to safeguard American security and economic interests in an increasingly challenging world. Leffler wants us to learn from both successes and failures."—Robert Kagan, author of The World America Made

"No one has written more analytically, intelligently, and brilliantly about the wellsprings of American foreign policy since World War I than Mel Leffler. He is a historian's historian, and this collection of his remarkably influential essays, along with his compelling introduction, makes clear why his work has shaped the contours of diplomatic history debates for more than five decades."—Martin J. Sherwin, coauthor of the Pulitzer Prize-winning American Prometheus

"Leffler is a titan in his field and Safeguarding Democratic Capitalism is an important book. It not only teaches much about American foreign policy decision making, it also traces the arc of one of our discipline's most vibrant and influential writers."—Jeffrey A. Engel, Center for Presidential History

"Because Leffler has reflected and affected the history and historiography of policymaking over the past four decades, the significance and appeal of this volume cannot be exaggerated. Safeguarding Democratic Capitalism is a pleasure to read."—Richard H. Immerman, Temple University