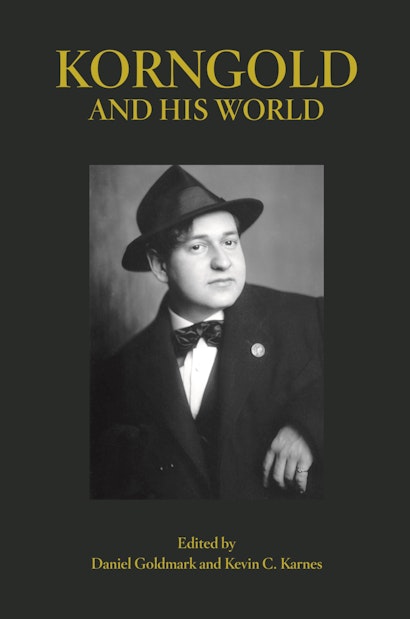 Erich Wolfgang Korngold (1897–1957) was the last compositional prodigy to emerge from the Austro-German tradition of Mozart and Mendelssohn. He was lauded in his youth by everyone from Mahler to Puccini and his auspicious career in the early 1900s spanned chamber music, opera, and musical theater. Today, he is best known for his Hollywood film scores, composed between 1935 and 1947. From his prewar operas in Vienna to his pathbreaking contributions to American film, Korngold and His World provides a substantial reassessment of Korngold’s life and accomplishments.

Korngold struggled to reconcile the musical language of his Viennese upbringing with American popular song and cinema, and was forced to adapt to a new life after wartime emigration to Hollywood. This collection examines Korngold’s operas and film scores, the critical reception of his music, and his place in the milieus of both the Old and New Worlds. The volume also features numerous historical documents—many previously unpublished and in first-ever English translations—including essays by the composer as well as memoirs by his wife, Luzi Korngold, and his father, the renowned music critic Julius Korngold.