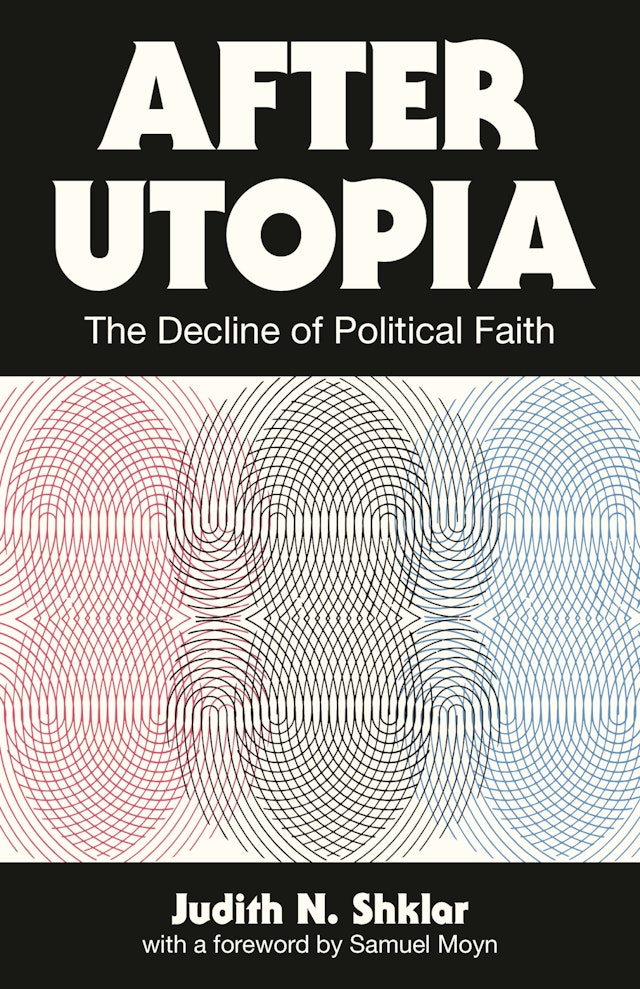 After Utopia was Judith Shklar’s first book, a harbinger of her renowned career in political philosophy. Throughout the many changes in political thought during the last half century, this important work has withstood the test of time. In After Utopia, Shklar explores the decline of political philosophy, from Enlightenment optimism to modern cultural despair, and she offers a critical, creative analysis of this downward trend. She looks at Romantic and Christian social thought, and she shows that while the present political fatalism may be unavoidable, the prophets of despair have failed to explain the world they so dislike, leaving the possibility of a new and vigorous political philosophy. With a foreword by Samuel Moyn, examining After Utopia’s continued relevance, this current edition introduces a remarkable synthesis of ideas to a new generation of readers.

Judith N. Shklar (1928–1992) was the John Cowles Professor of Government at Harvard University. Her many books include On Political Obligation and Freedom and Independence. Samuel Moyn is the Henry R. Luce Professor of Jurisprudence at Yale Law School and professor of history at Yale University.

"Why is the Enlightenment spirit—most especially its faith in the power of human reason—so vulnerable in the modern age? For an eye-opening answer, we cannot do better than to read (or reread) After Utopia. More relevant today than ever, Judith Shklar offers brilliant insights into world-historic rejections of rationalism and optimism. She challenges us to find our way beyond both cultural despair and religious fatalism."—Amy Gutmann, coauthor of Everybody Wants to Go to Heaven but Nobody Wants to Die and president of the University of Pennsylvania

"A timely reissue of Judith Shklar's first and, in many ways, most ambitious book. Although published in 1957, it still provides an extraordinary account of the burdens that the twentieth century's ideological failures have imposed on the liberal political imagination."—Bernard Yack, author of Liberalism without Illusions: Essays on Liberal Theory and the Political Vision of Judith N. Shklar

"This is a lost classic of postwar liberalism, but it's also illuminating and instructive for anyone—liberal or not—trying to think through the fate of political theory in a time of political crisis."—Katrina Forrester, author of In the Shadow of Justice: Postwar Liberalism and the Remaking of Political Philosophy

"Written under the shadow of the totalitarian horrors of the mid-twentieth century, Judith Shklar's After Utopia continues to show us that we can wake from utopian dreams not to endless darkness, but with eyes opened to the injustices we can oppose and the good we hope to do."—Rogers M. Smith, former president of the American Political Science Association

"Shklar’s dazzling voice is erudite, morally compelling, and ambitious—for she explains nothing less than how we got to be the way we are. She defends liberal temperament and institutions against disappointment and weariness and ferocious political onslaughts. Overcoming these requires confidence in the value of political philosophy, and that requires an ounce of utopianism. She challenges us to find it in ourselves."—Nancy Rosenblum, coauthor of A Lot of People Are Saying

"Brilliant. . . . This tour across the intellectual peaks of the last three centuries is a demanding one which the author handles deftly."—W. H. Chapman, American Scholar

"The work should be of interest and concern to philosophers, historians, sociologists, students of literature, religion and the arts, as well as to students of politics and political ideas; it should be of great value to the serious general reader."—Herbert A. Deane, Columbia University