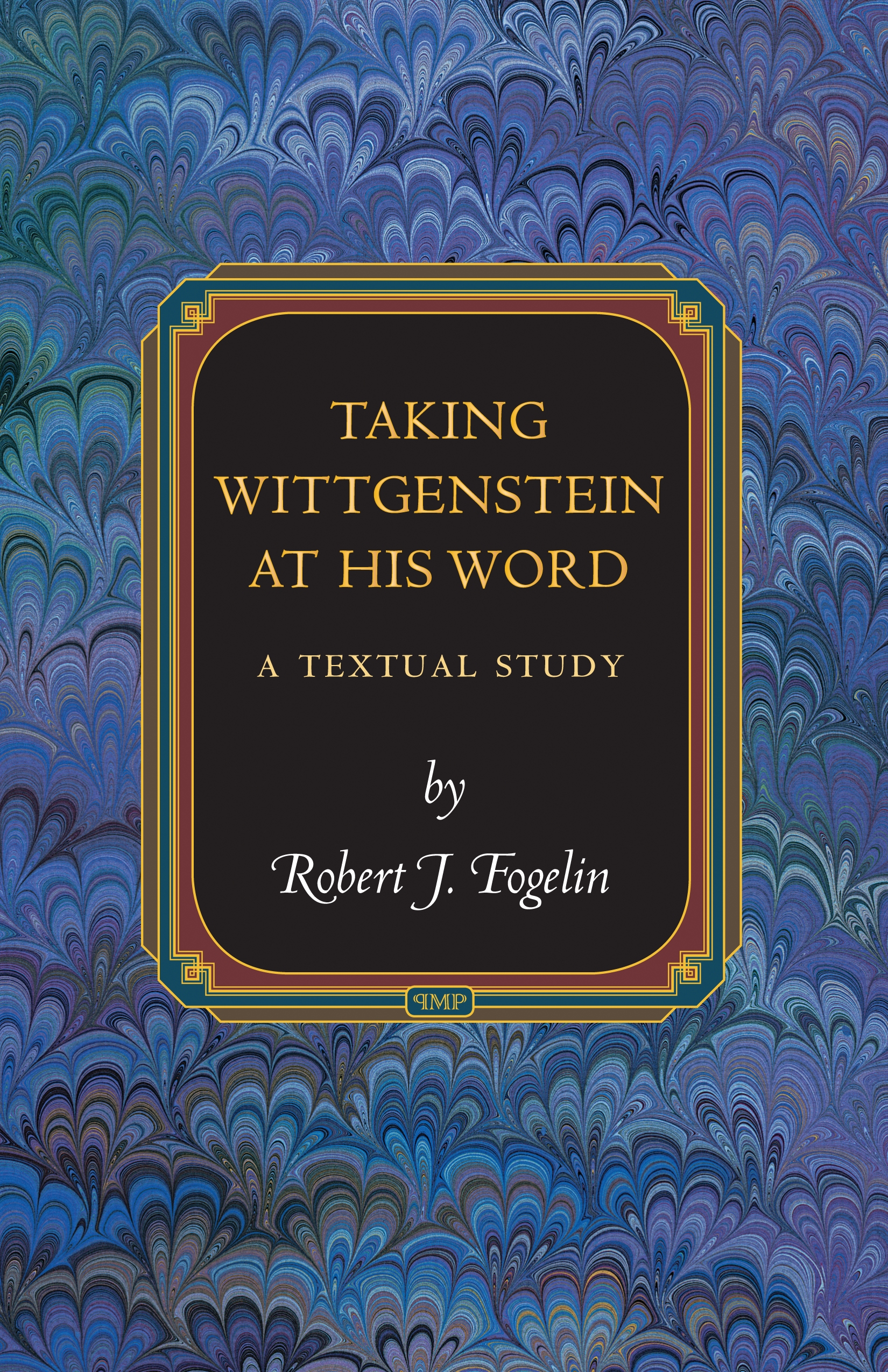 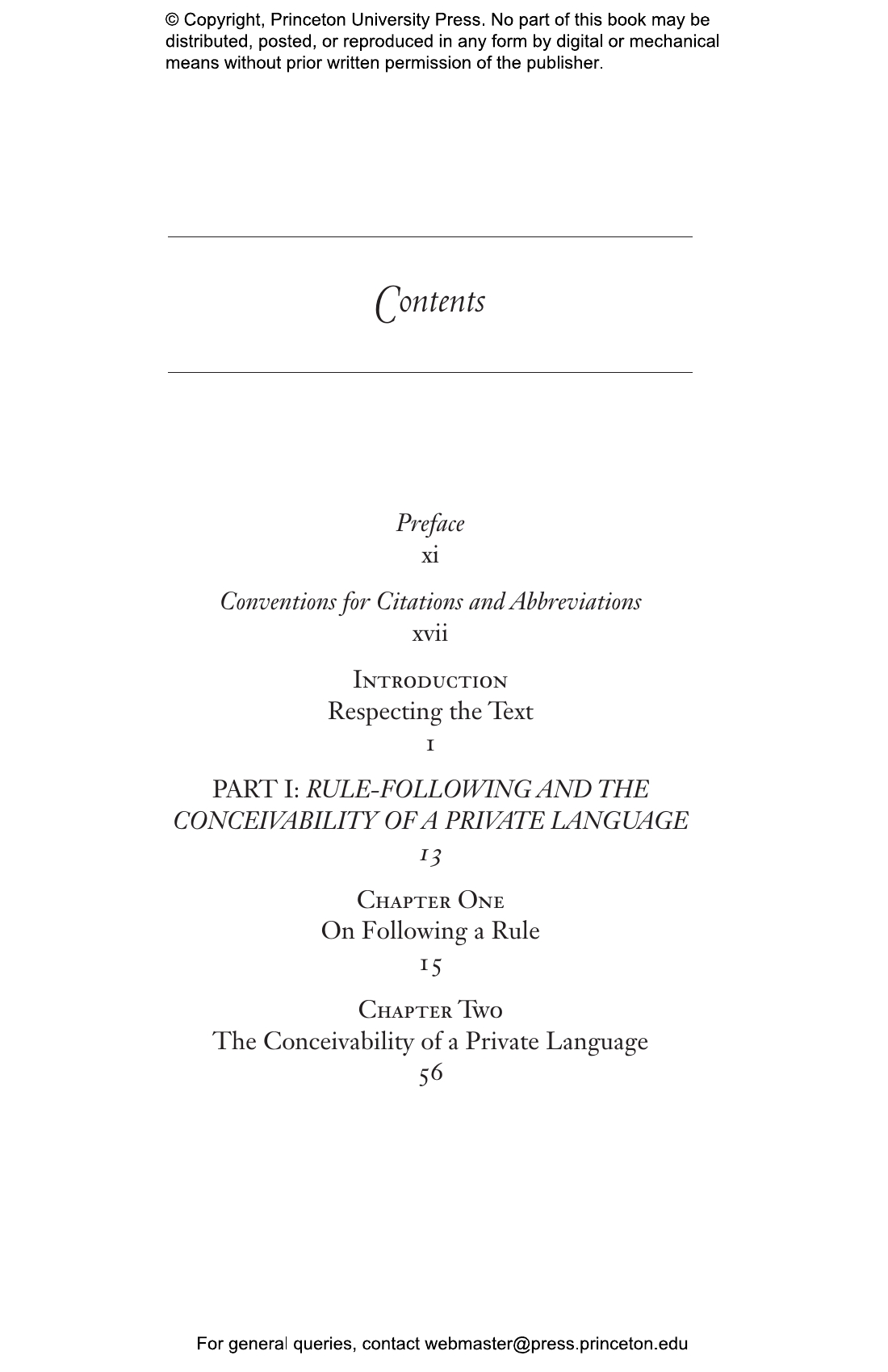 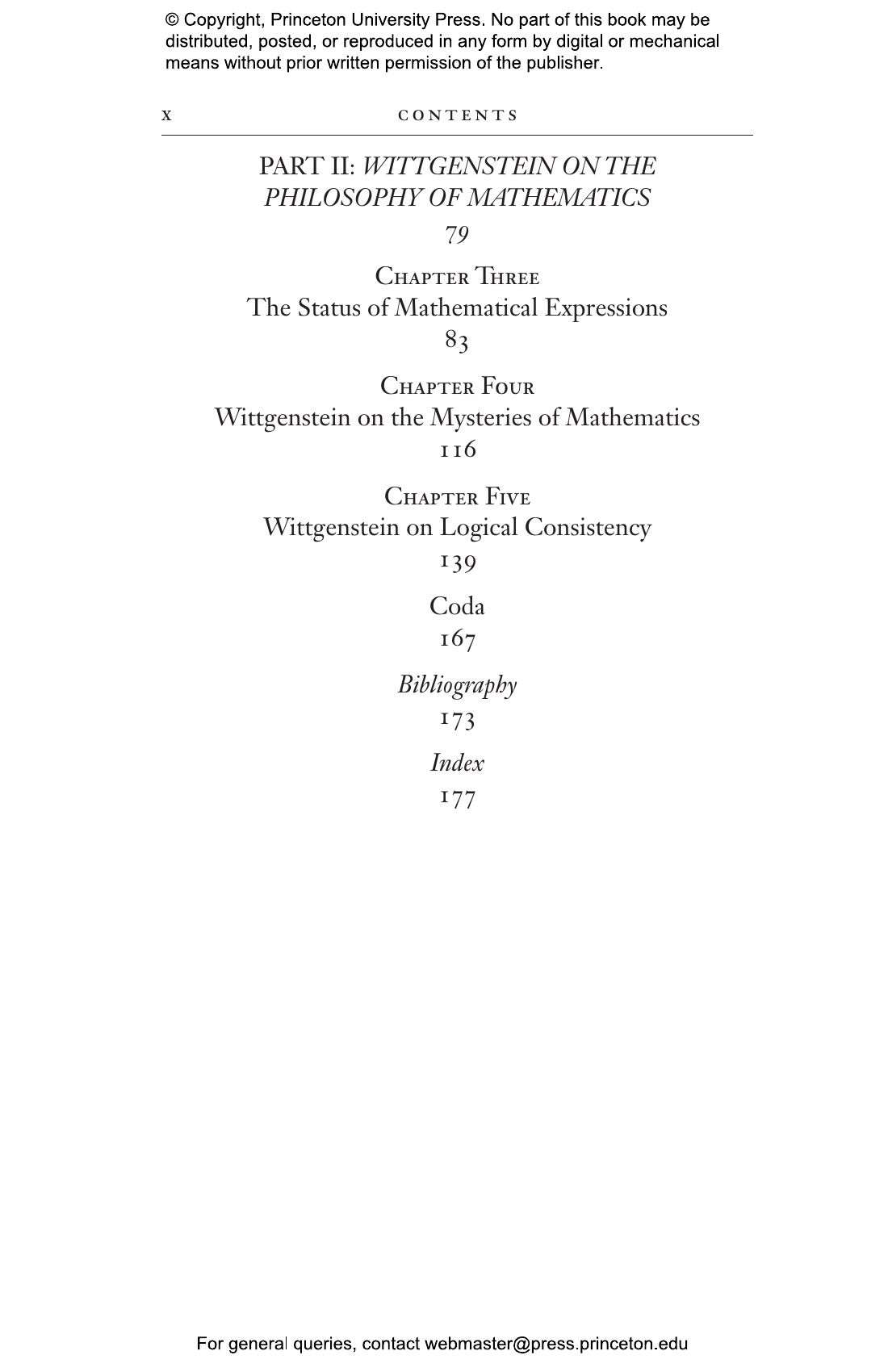 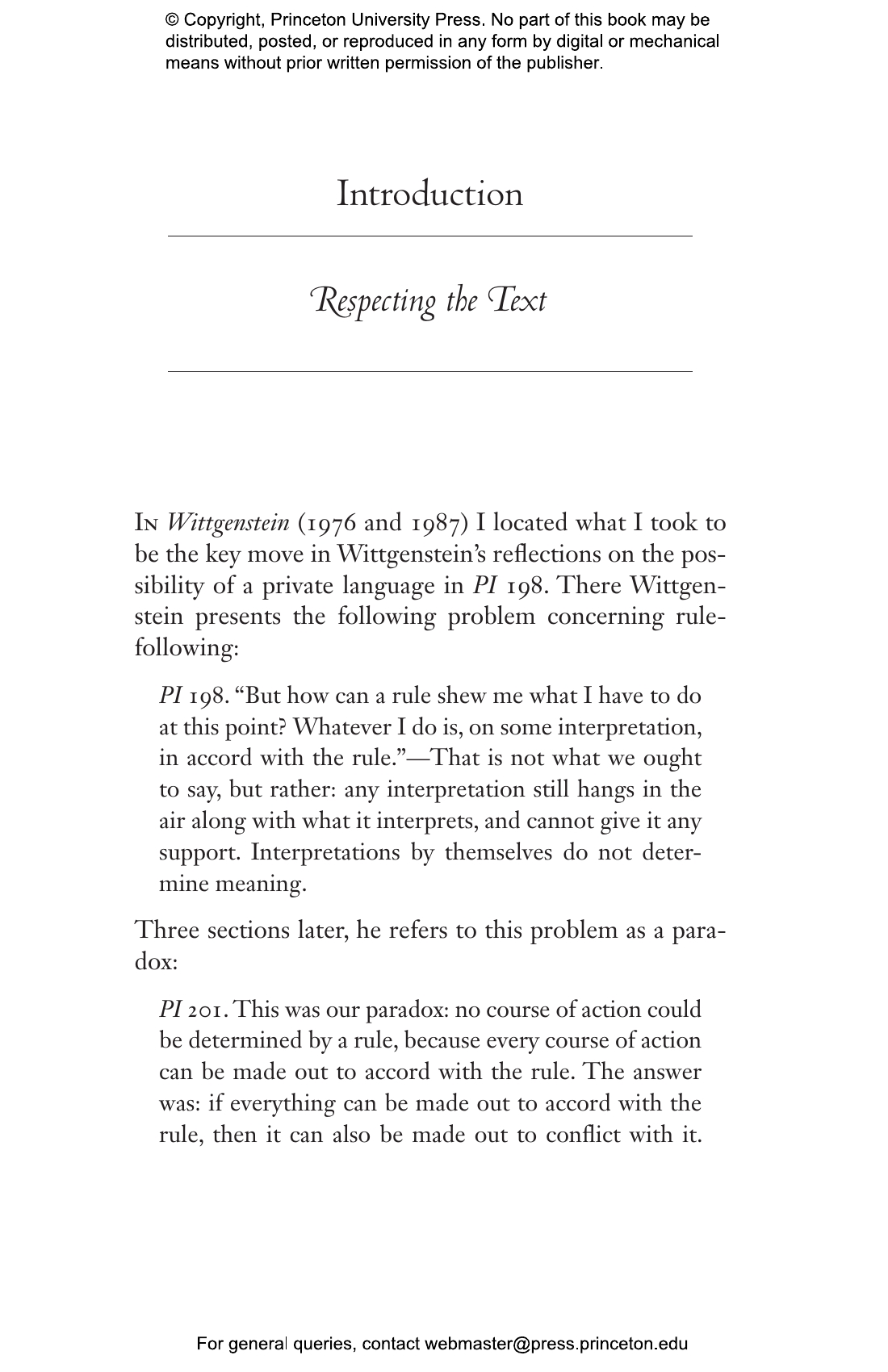 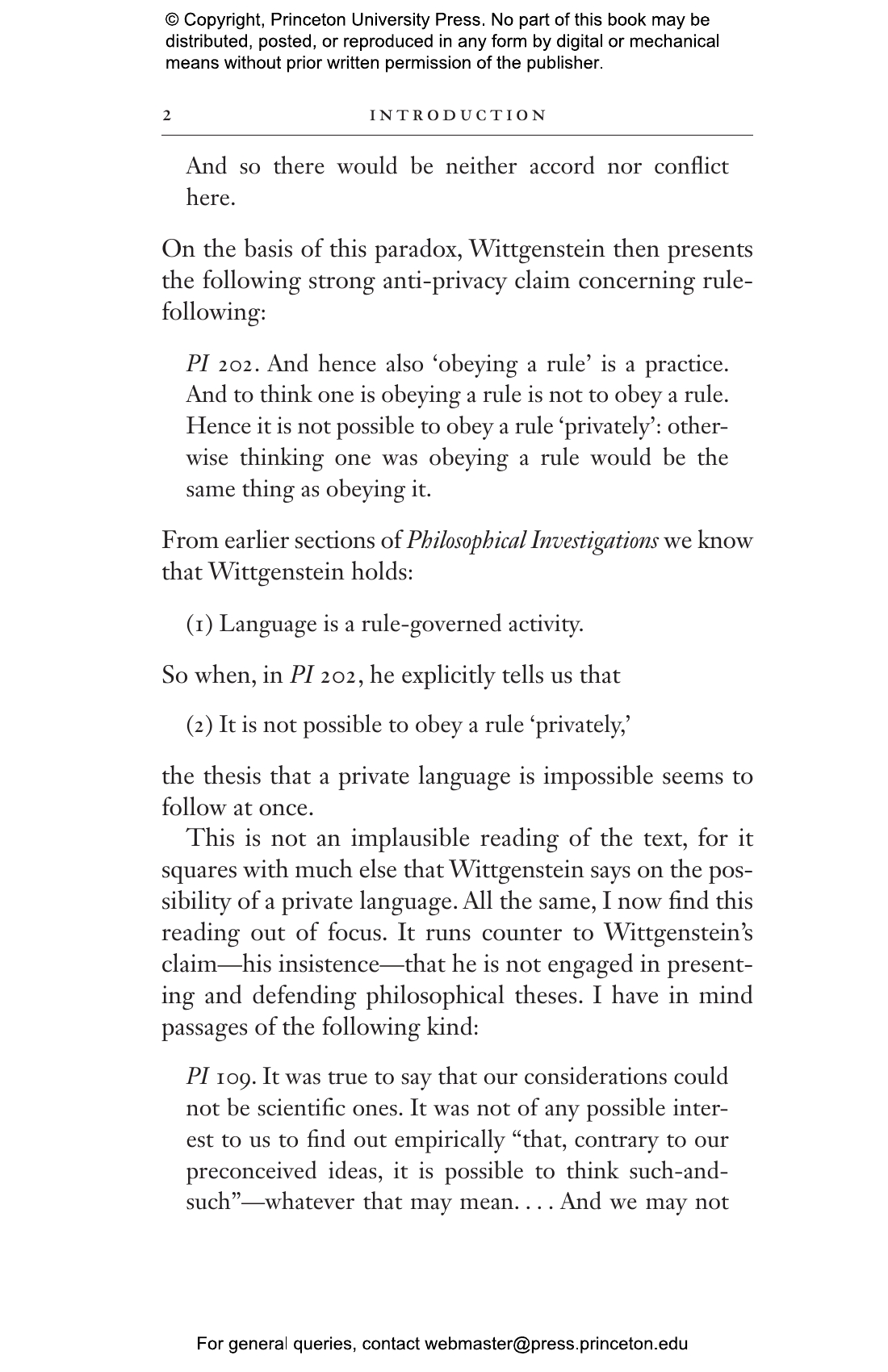 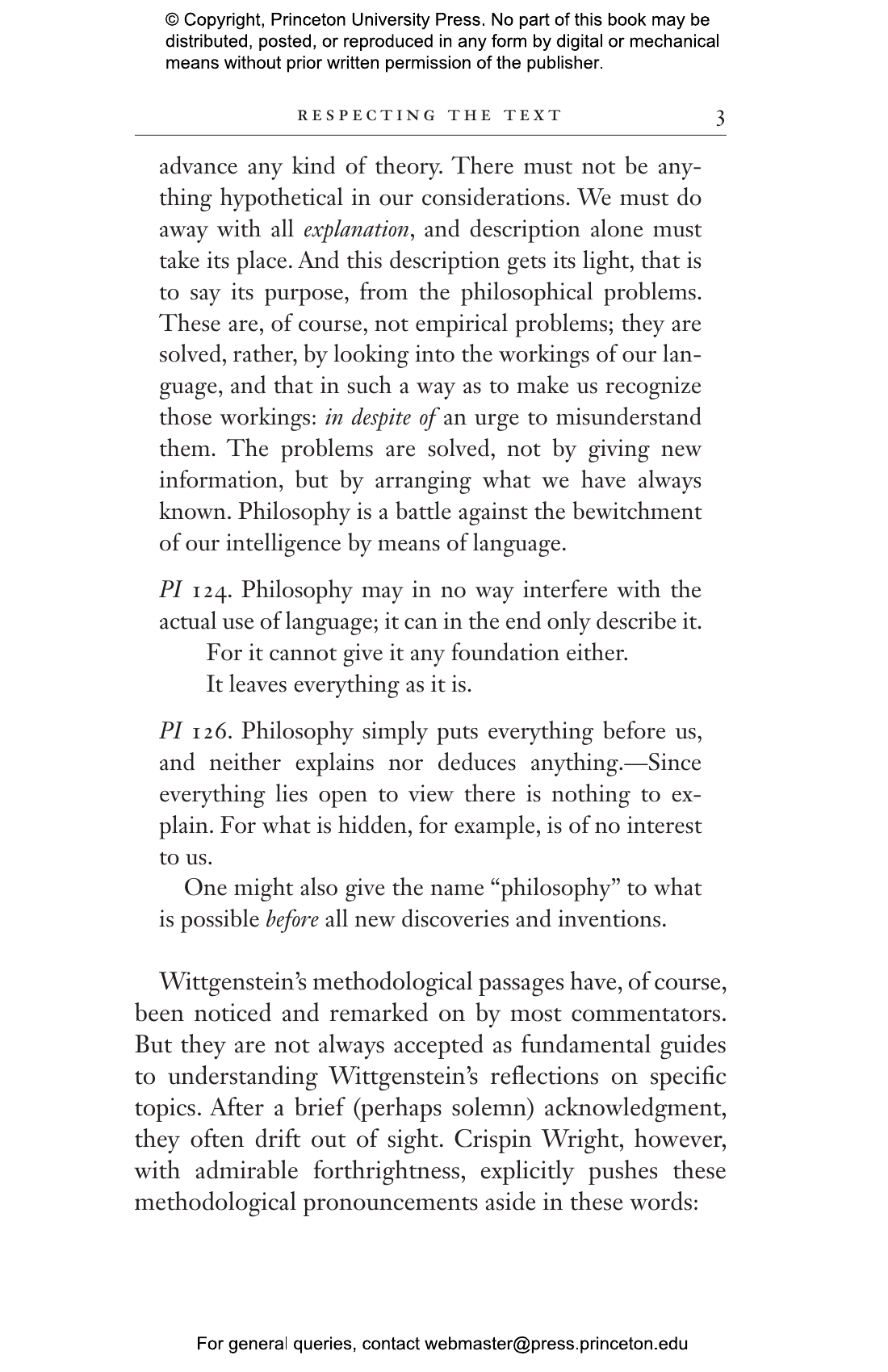 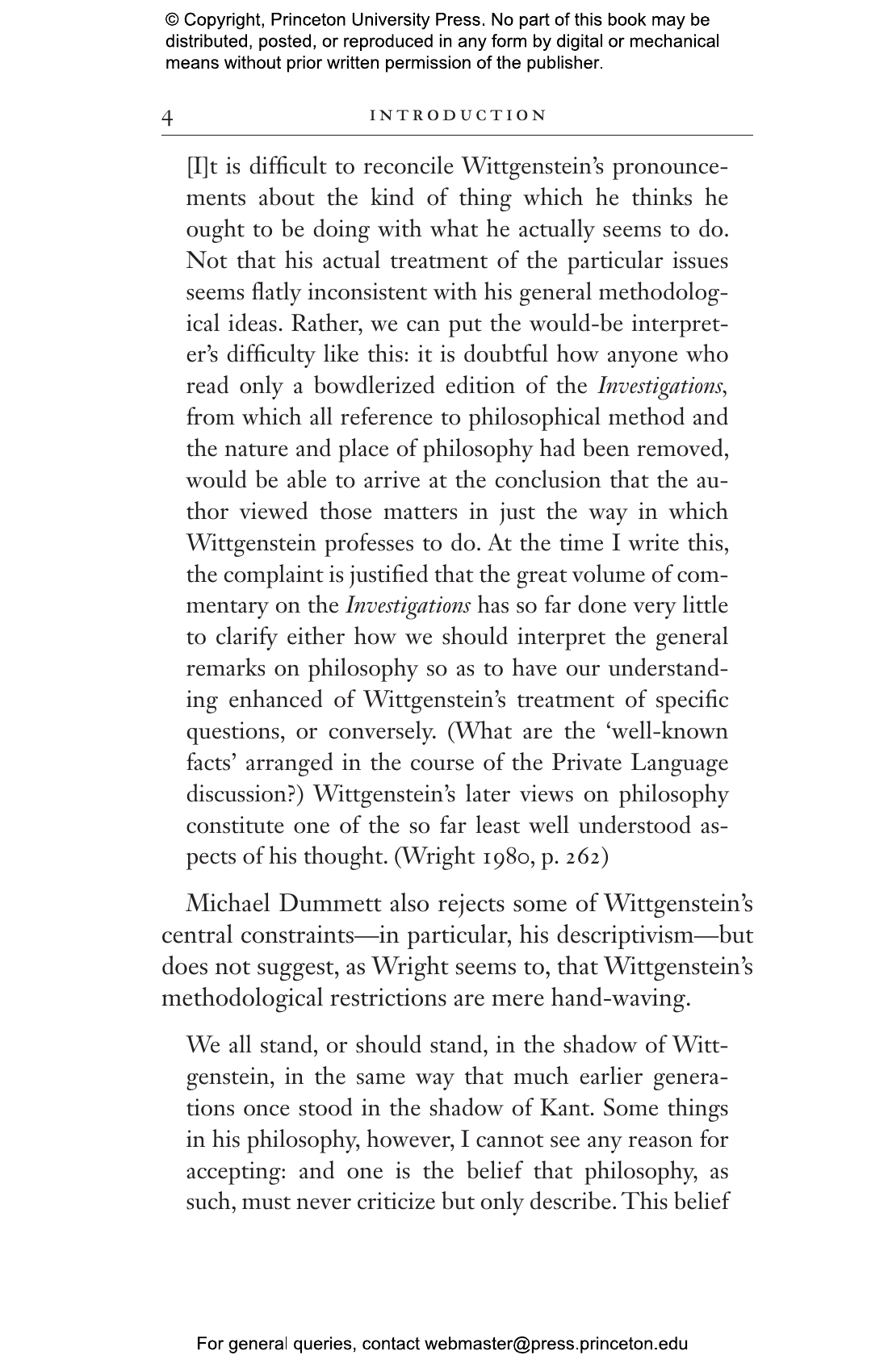 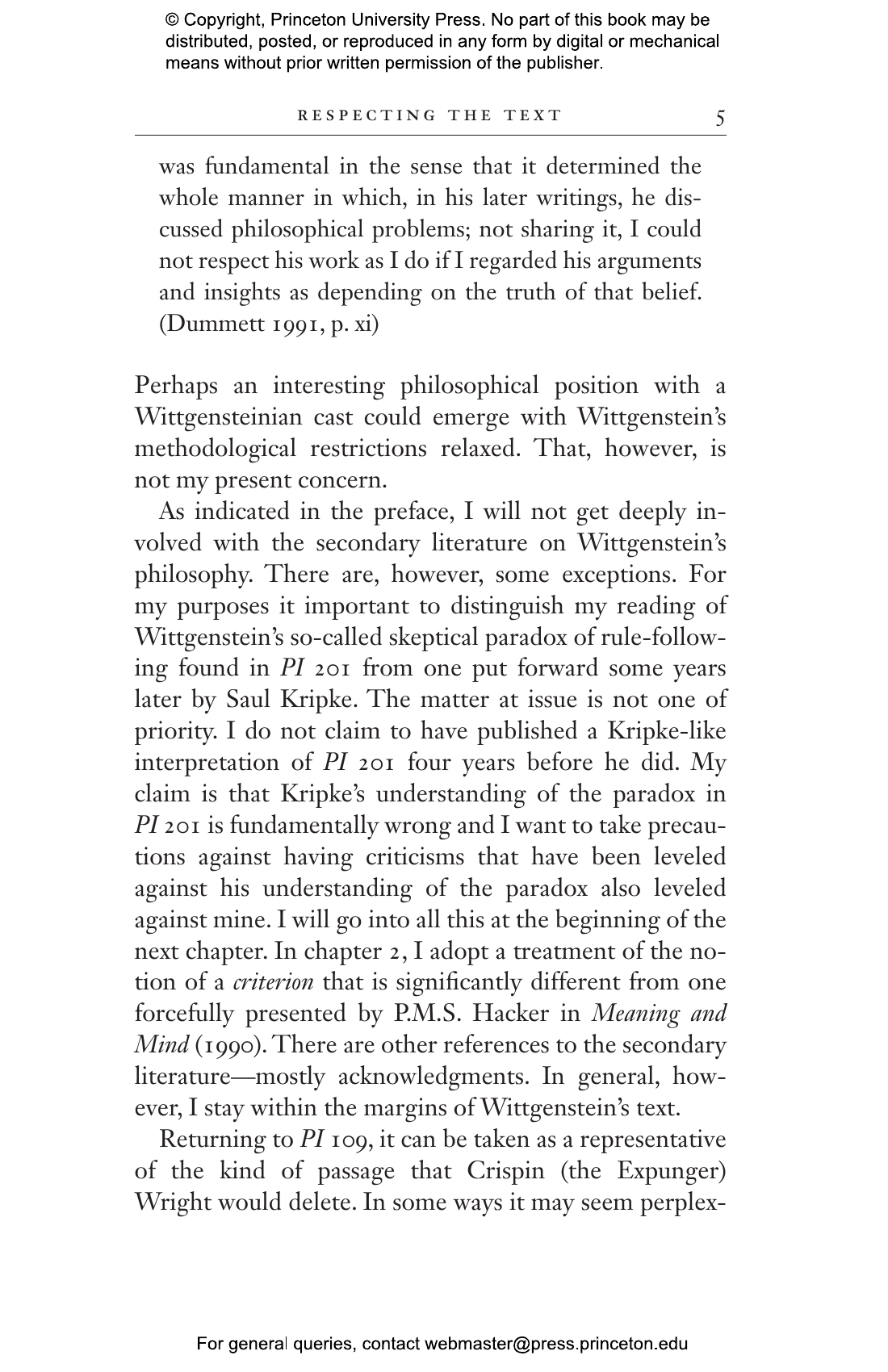 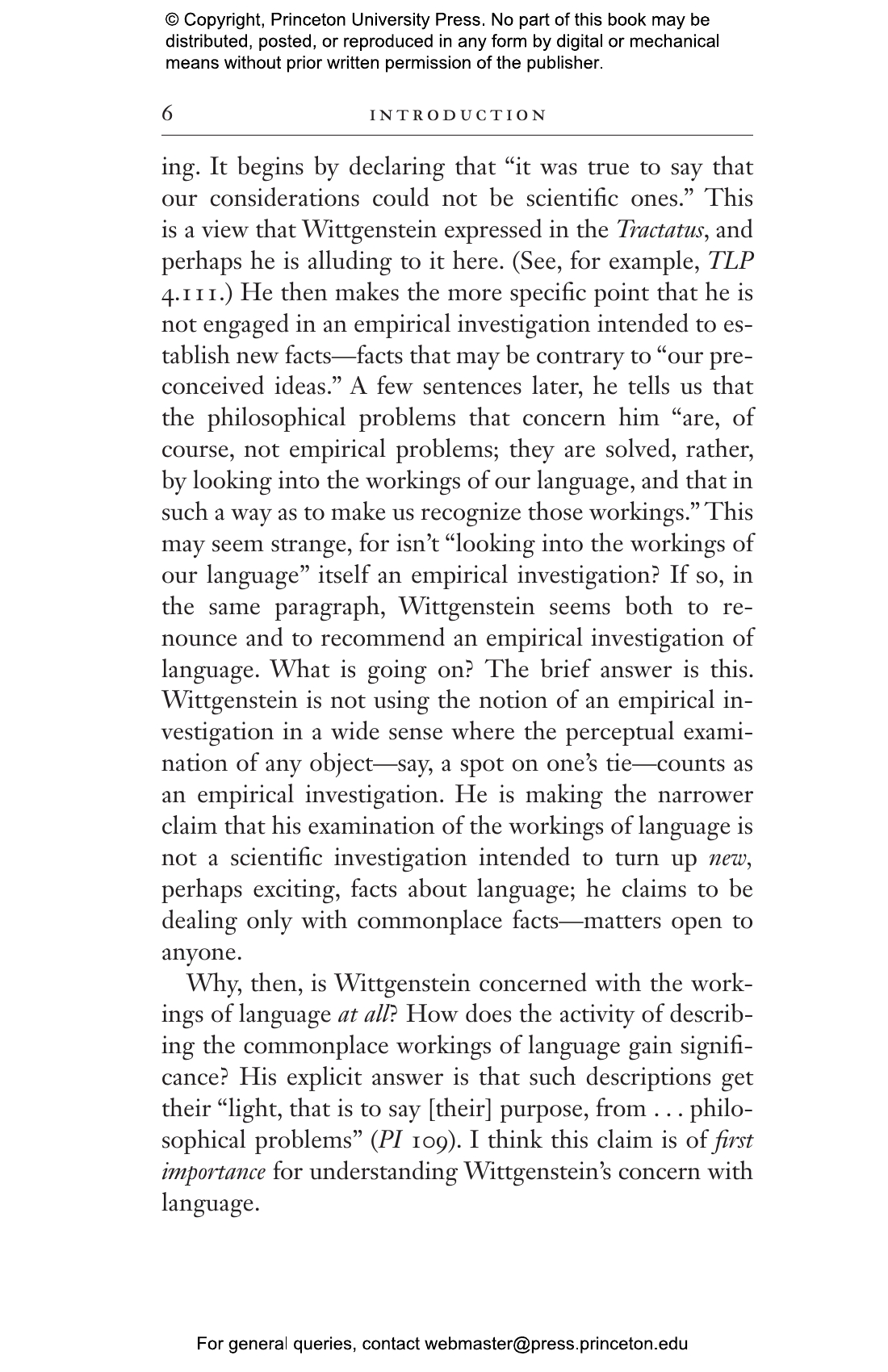 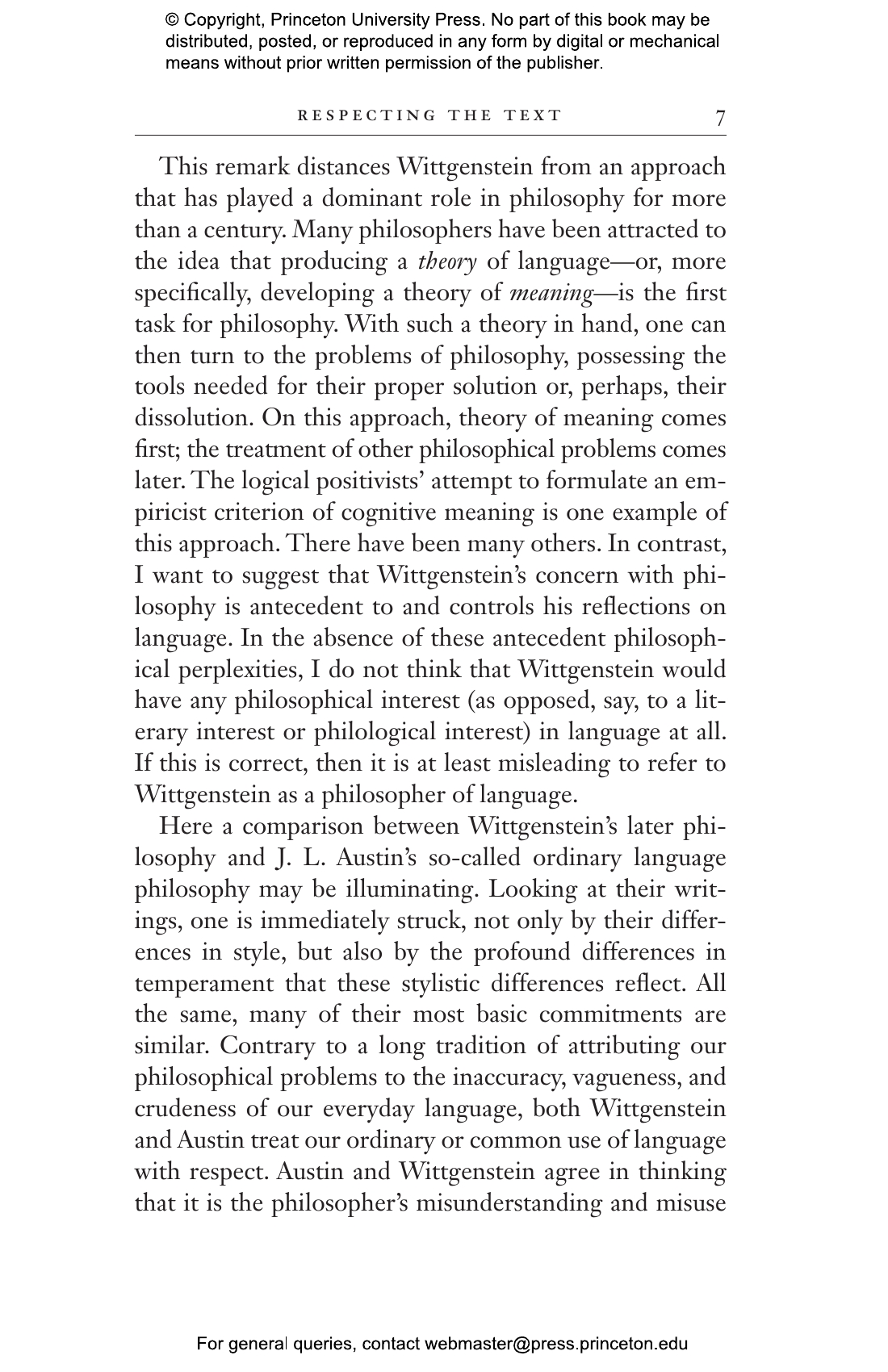 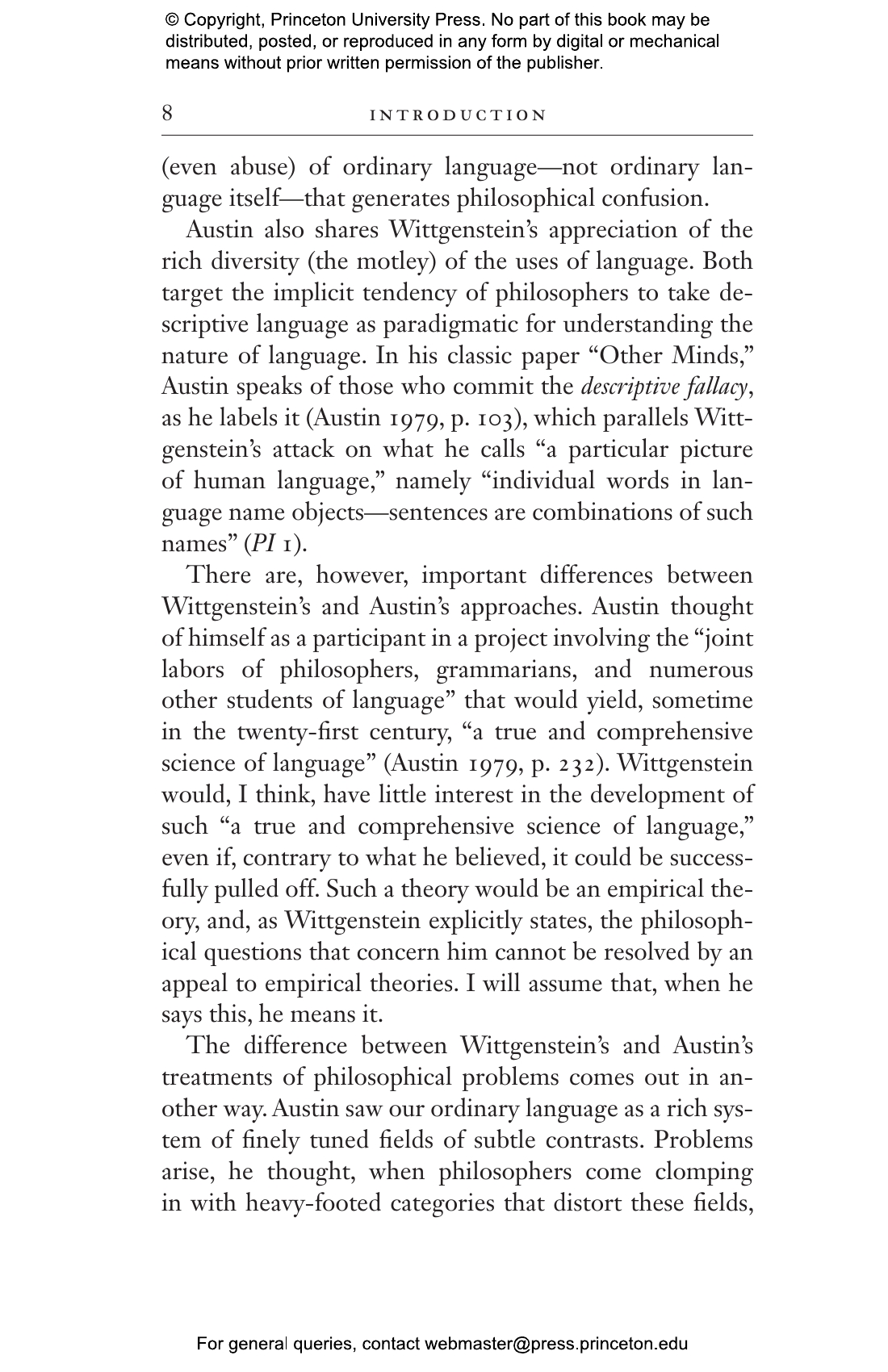 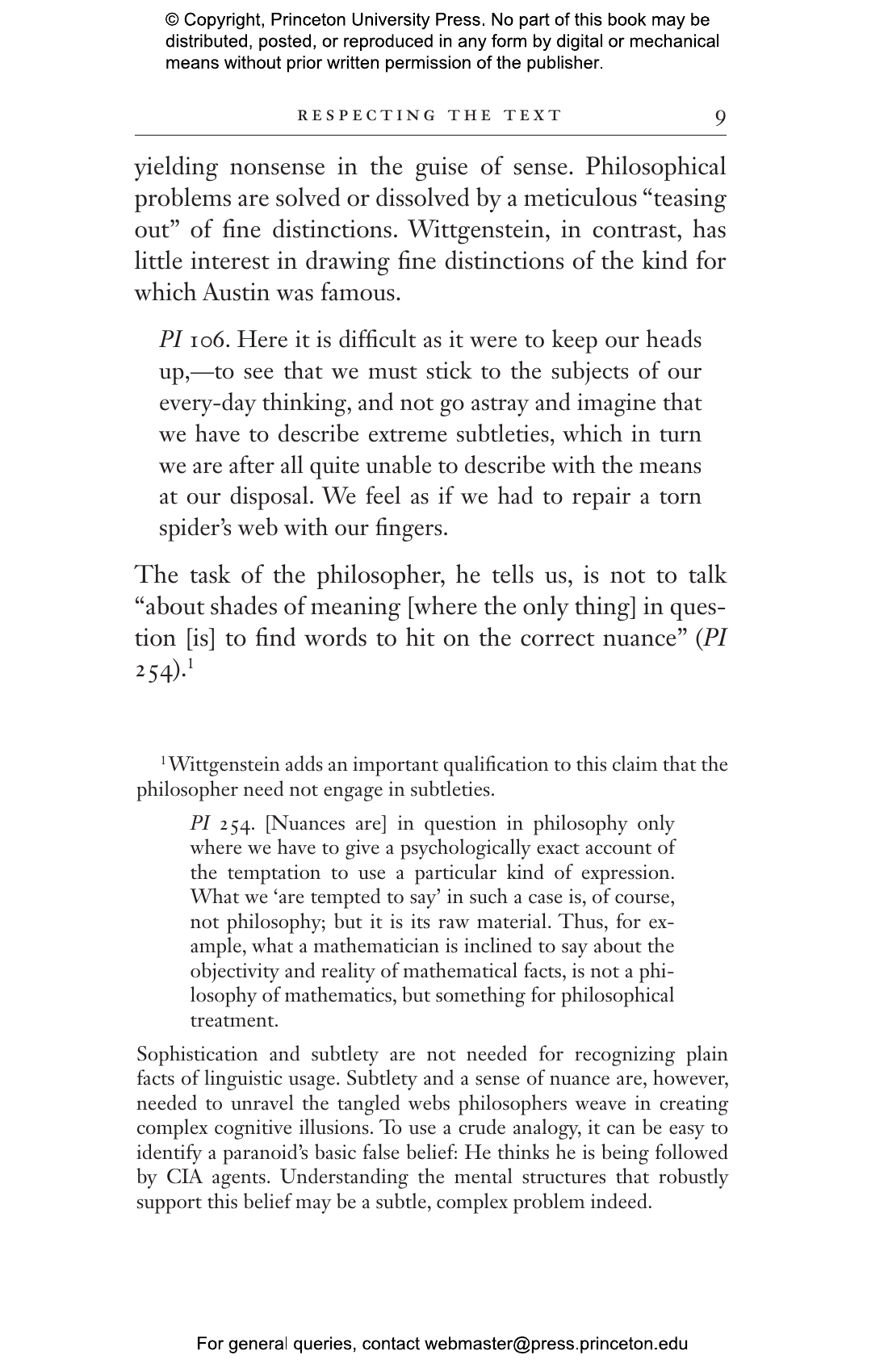 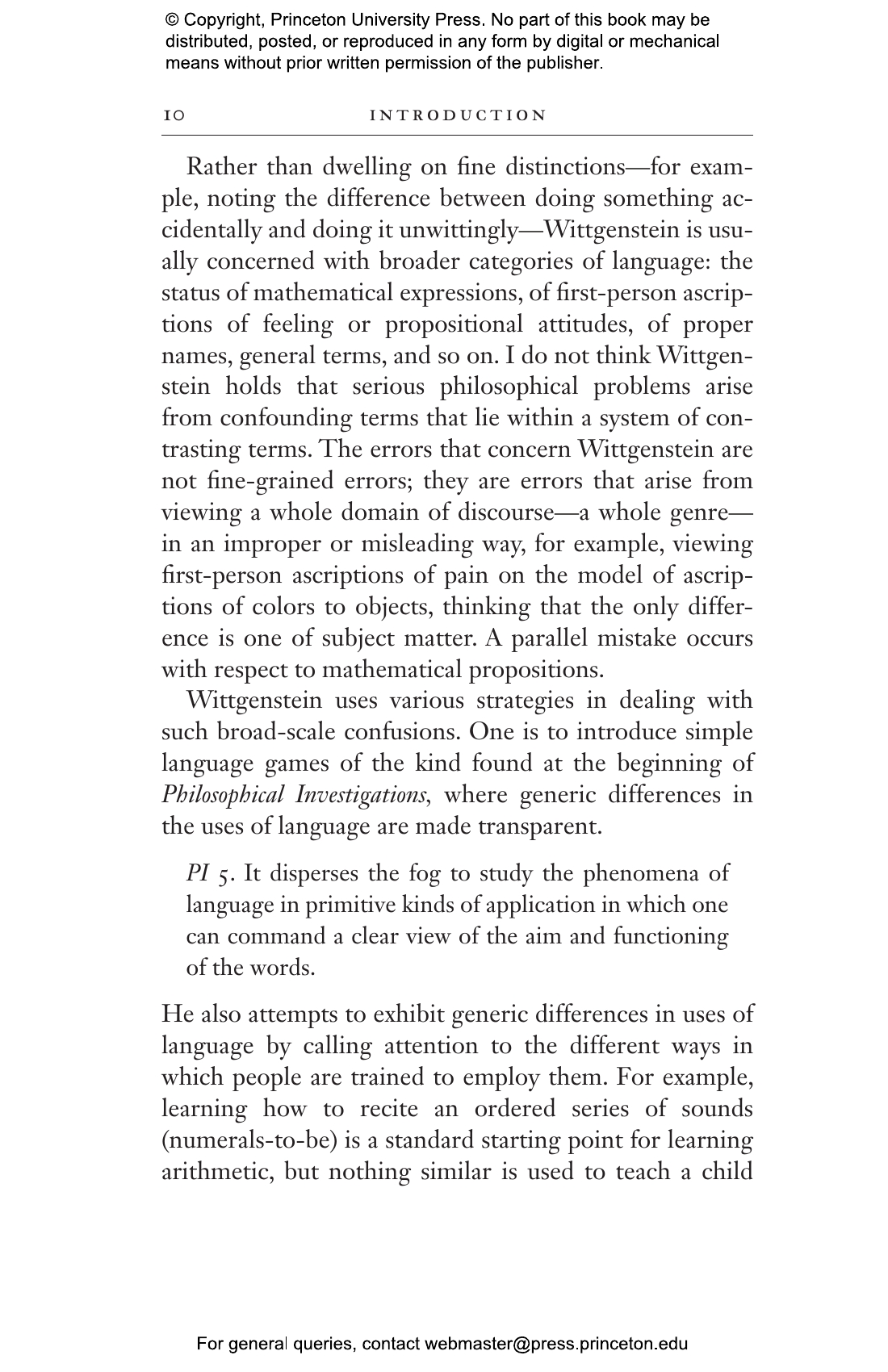 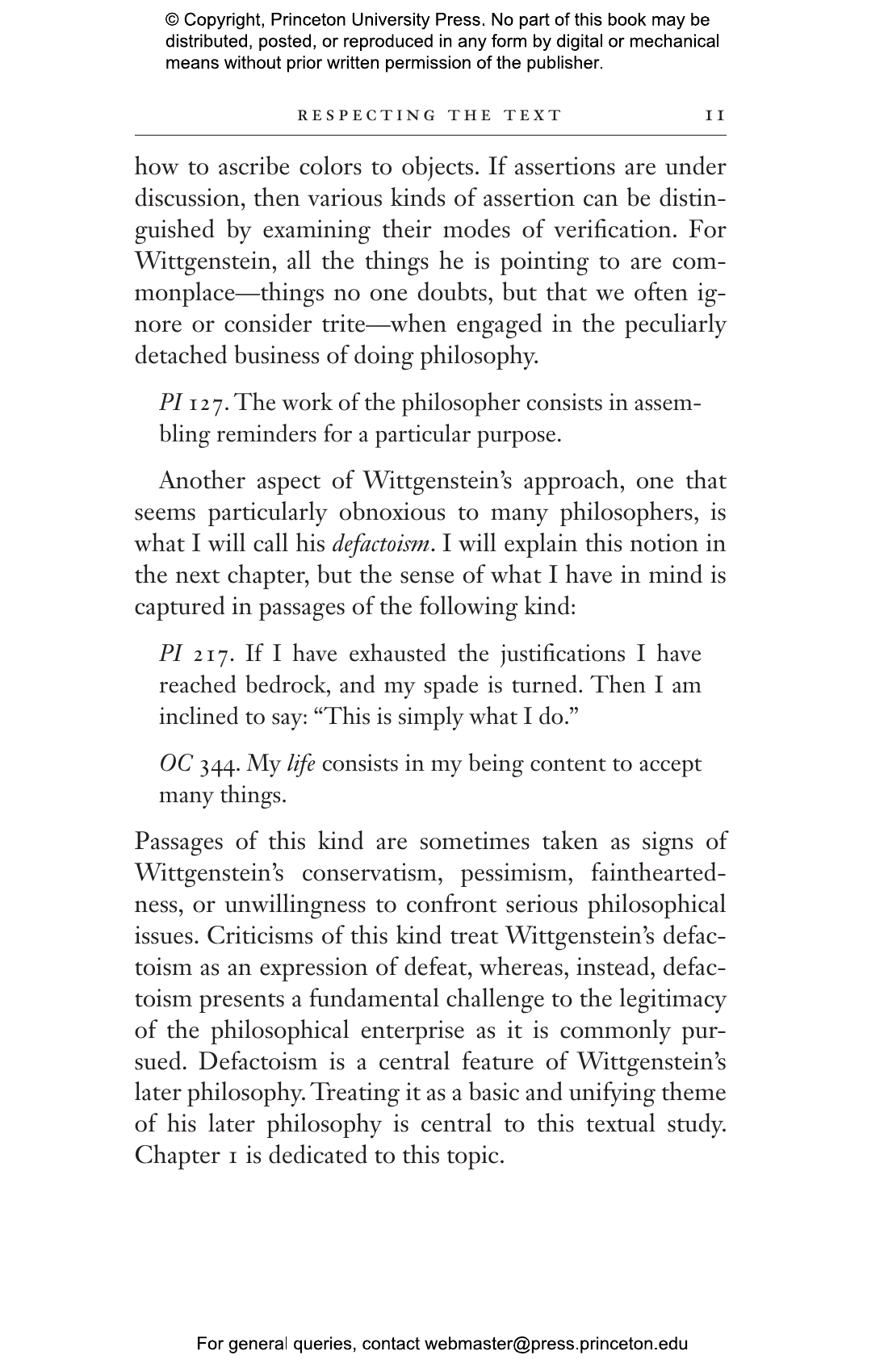 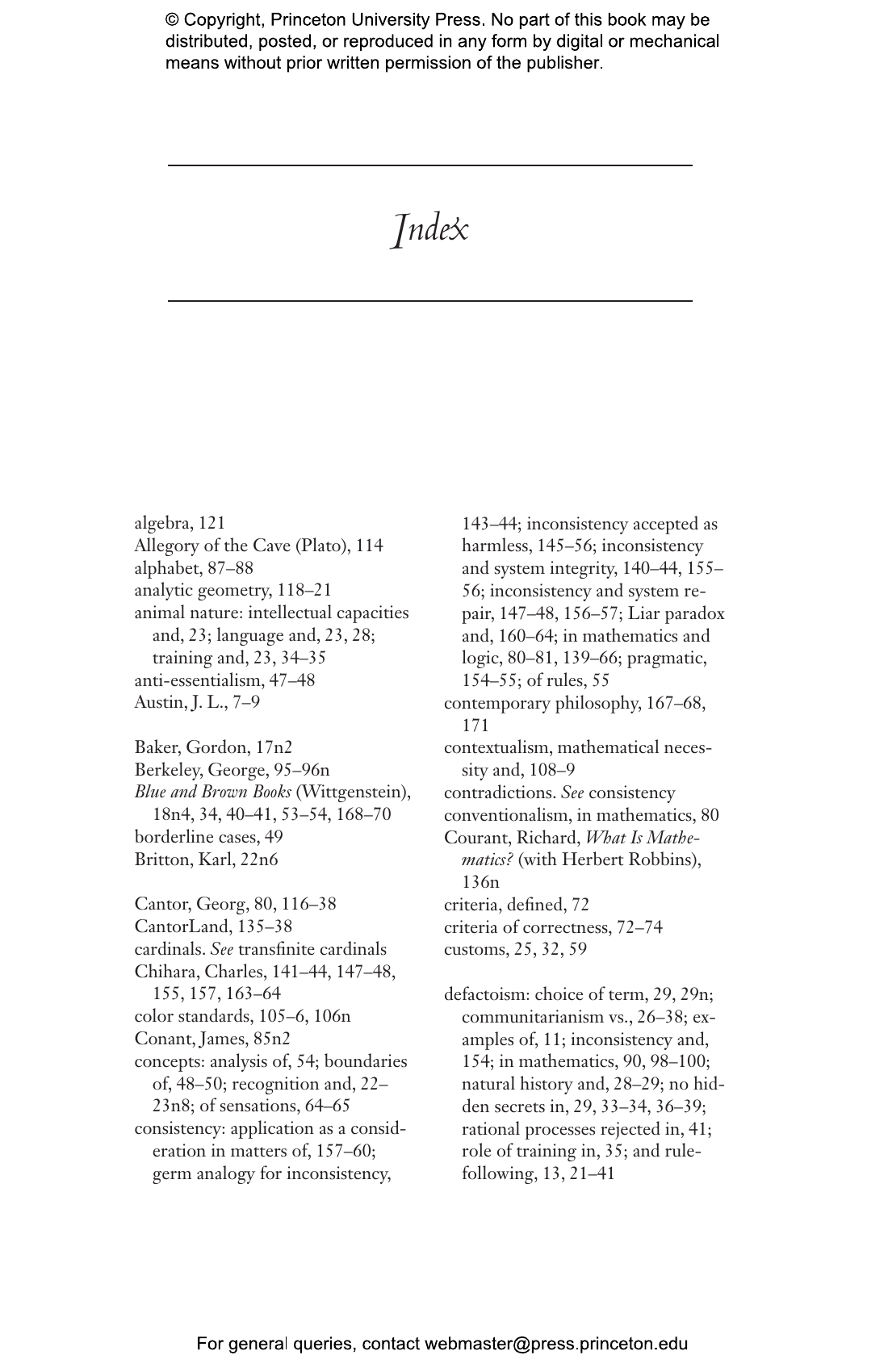 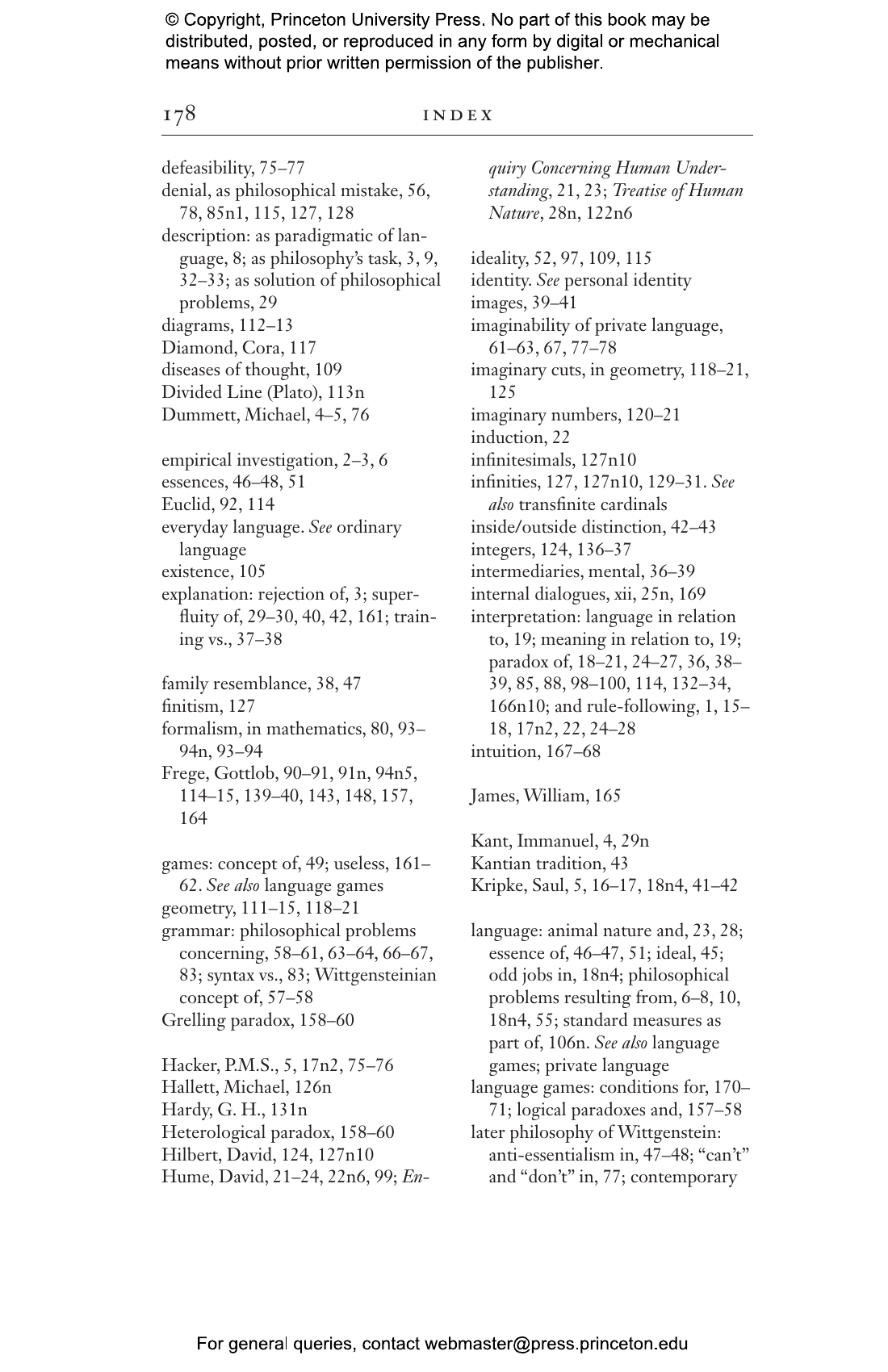 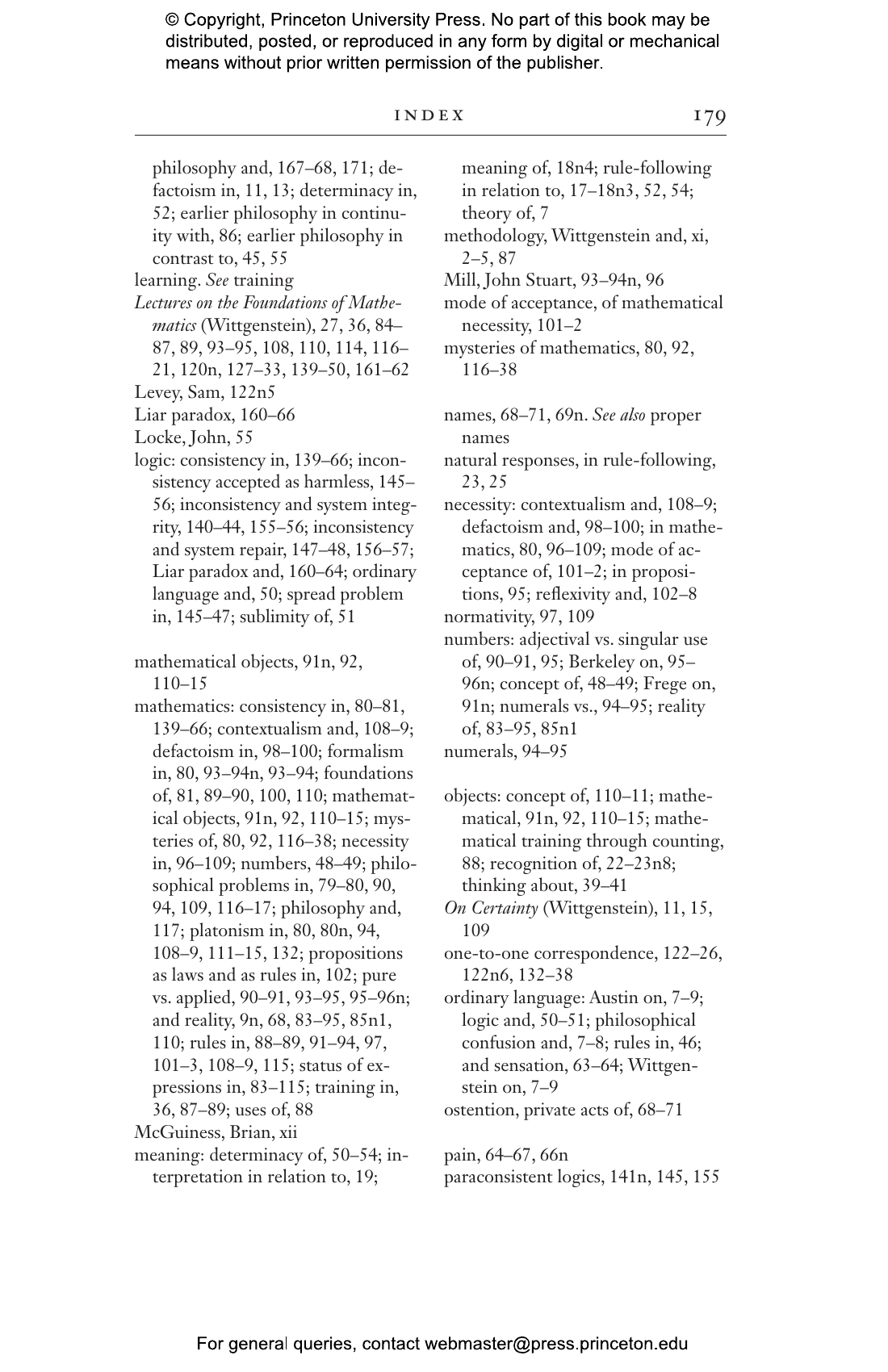 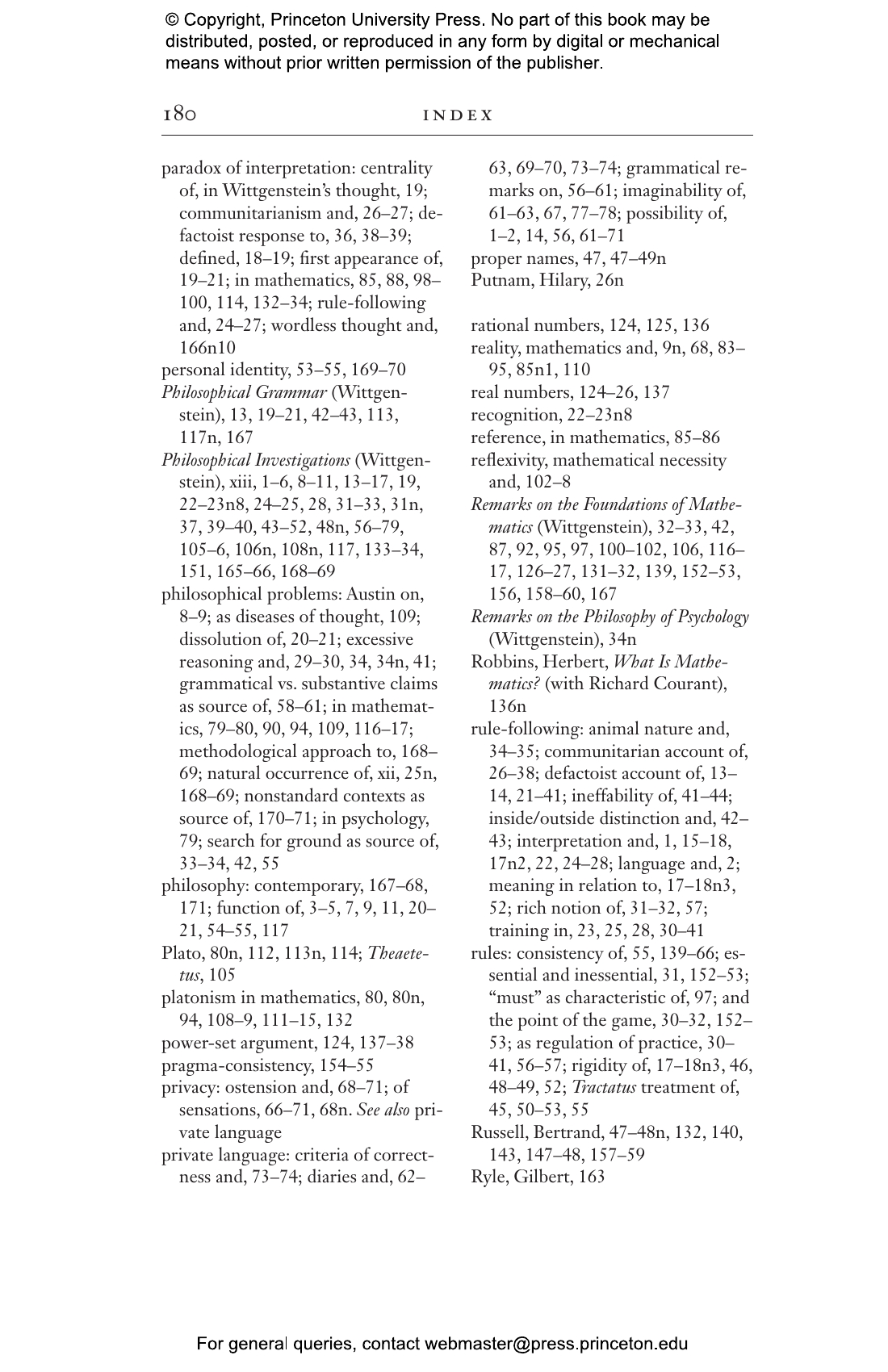 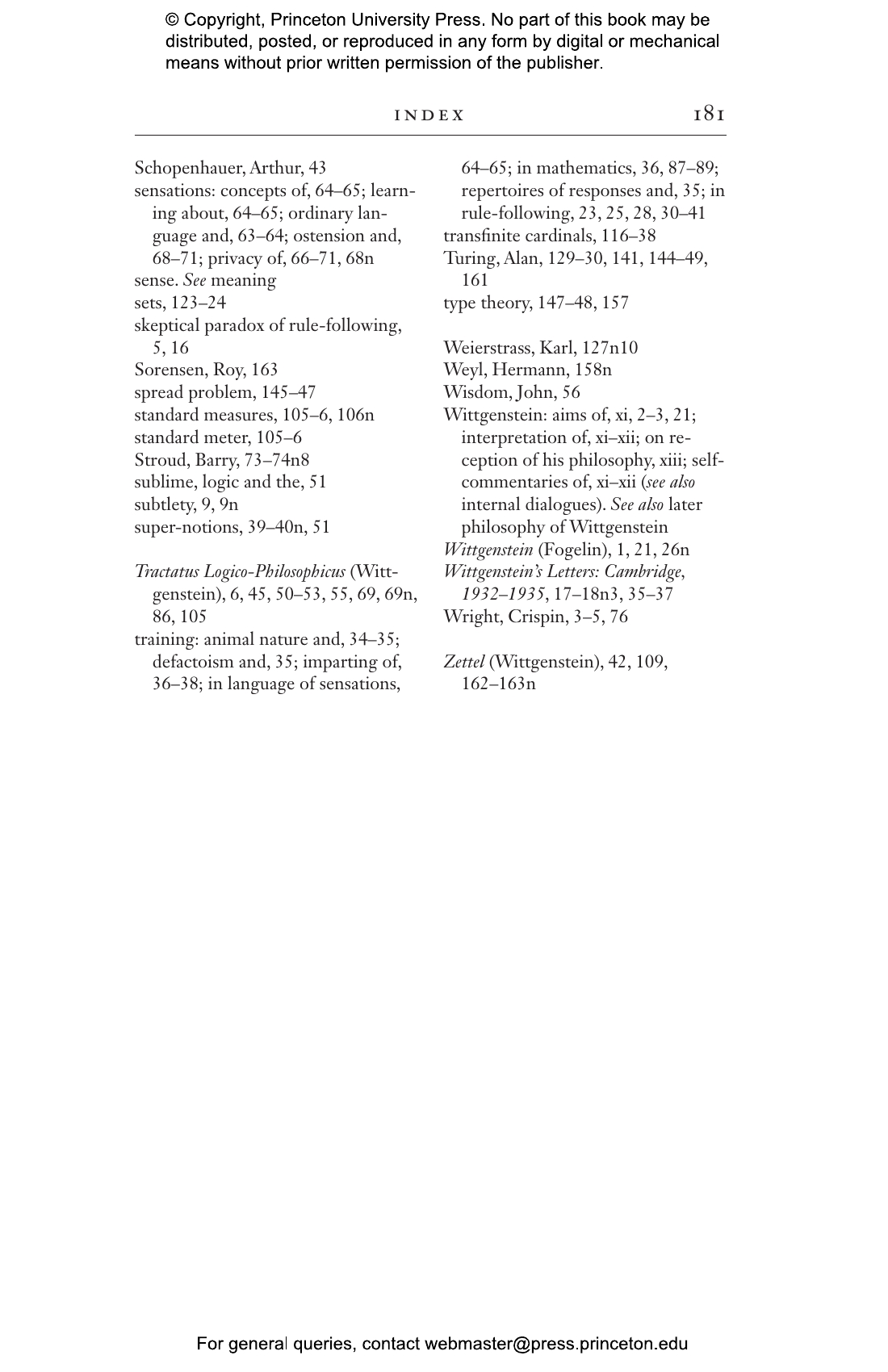 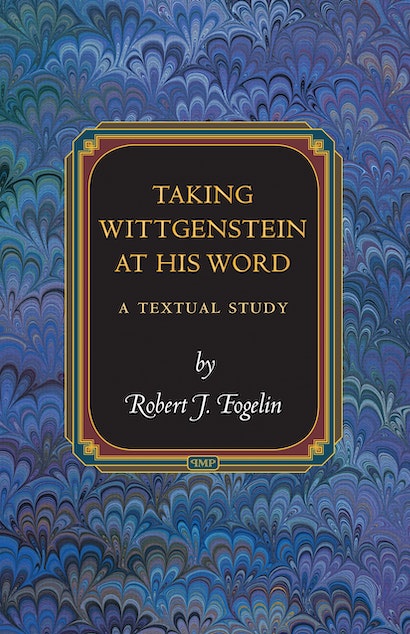 Taking Wittgenstein at His Word is an experiment in reading organized around a central question: What kind of interpretation of Wittgenstein’s later philosophy emerges if we adhere strictly to his claims that he is not in the business of presenting and defending philosophical theses and that his only aim is to expose persistent conceptual misunderstandings that lead to deep philosophical perplexities? Robert Fogelin draws out the therapeutic aspects of Wittgenstein’s later work by closely examining his account of rule-following and how he applies the idea in the philosophy of mathematics.

The first of the book’s two parts focuses on rule-following, Wittgenstein’s “paradox of interpretation,” and his naturalistic response to this paradox, all of which are persistent and crucial features of his later philosophy. Fogelin offers a corrective to the frequent misunderstanding that the paradox of interpretation is a paradox about meaning, and he emphasizes the importance of Wittgenstein’s often undervalued appeals to natural responses. The second half of the book examines how Wittgenstein applies his reflections on rule-following to the status of mathematical propositions, proofs, and objects, leading to remarkable, demystifying results.

Taking Wittgenstein at His Word shows that what Wittgenstein claims to be doing and what he actually does are much closer than is often recognized. In doing so, the book underscores fundamental—but frequently underappreciated—insights about Wittgenstein’s later philosophy.

Robert J. Fogelin is professor of philosophy and the Sherman Fairchild Professor Emeritus in the Humanities at Dartmouth College. His many books include Wittgenstein, Pyrrhonian Reflections on Knowledge and Justification, Walking the Tightrope of Reason, and A Defense of Hume on Miracles (Princeton).

"This is a superb book. . . . Taking Wittgenstein at his word, as Fogelin has done, is a far, far deeper thing than taking him at face value."—Anat Biletzki, Notre Dame Philosophical Reviews

"[Taking Wittgenstein at His Word] is a thought-provoking study that gives those interested in Wittgenstein much to ponder. For that reason, I feel I can confidently recommend TWHW, both to those just beginning to explore Wittgenstein's work and to serious scholars."—Joshua McNutt, Dialogue

"Robert Fogelin is absolutely right to take Wittgenstein's methodological statements seriously and to focus on the primary texts rather than to be guided by fashionable interpretations. Fogelin's reading is perceptive and sensible, the key concepts around which he organizes his interpretation are judiciously chosen, and the book is clearly written."—Severin Schroeder, Reading University