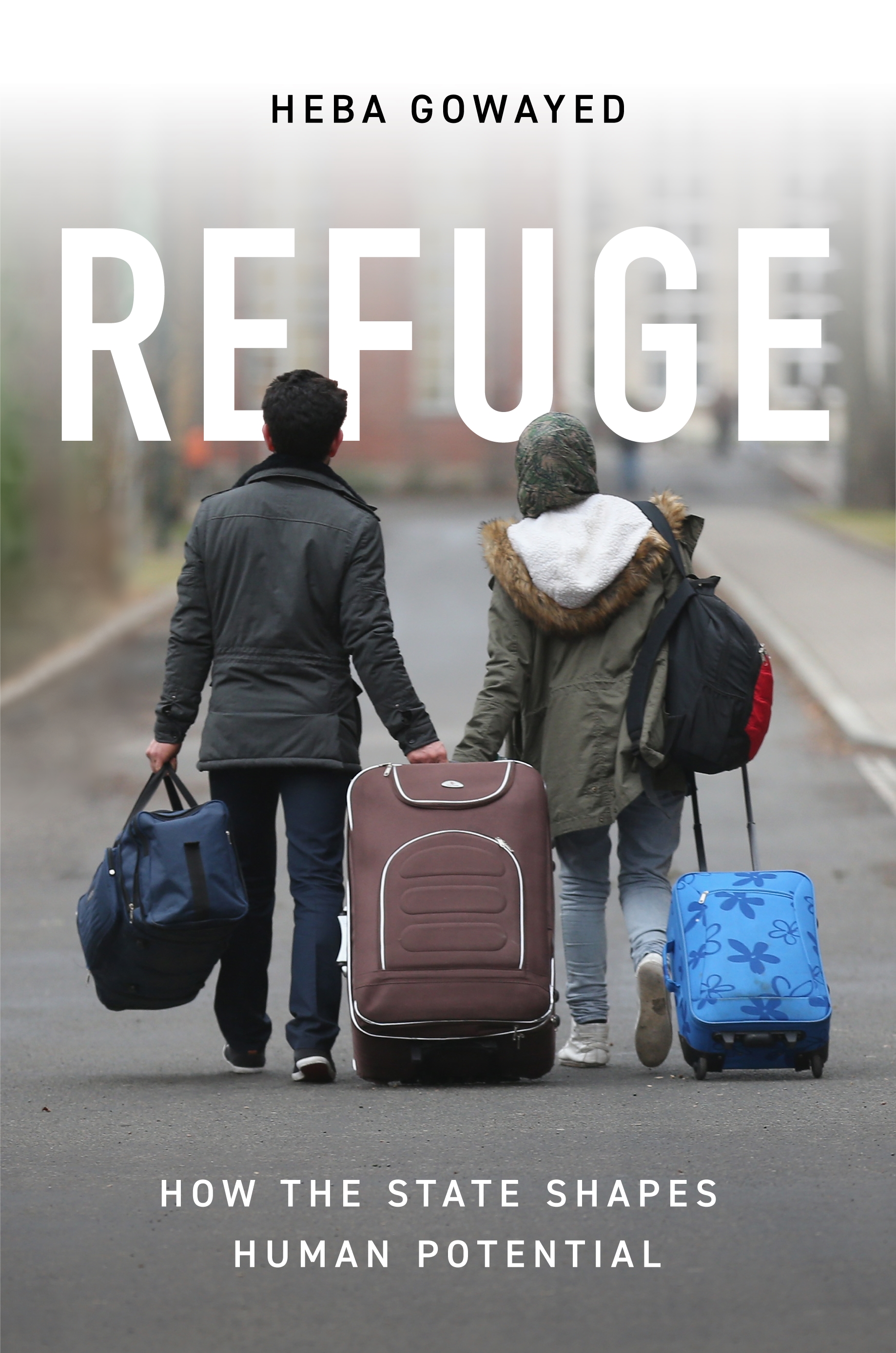 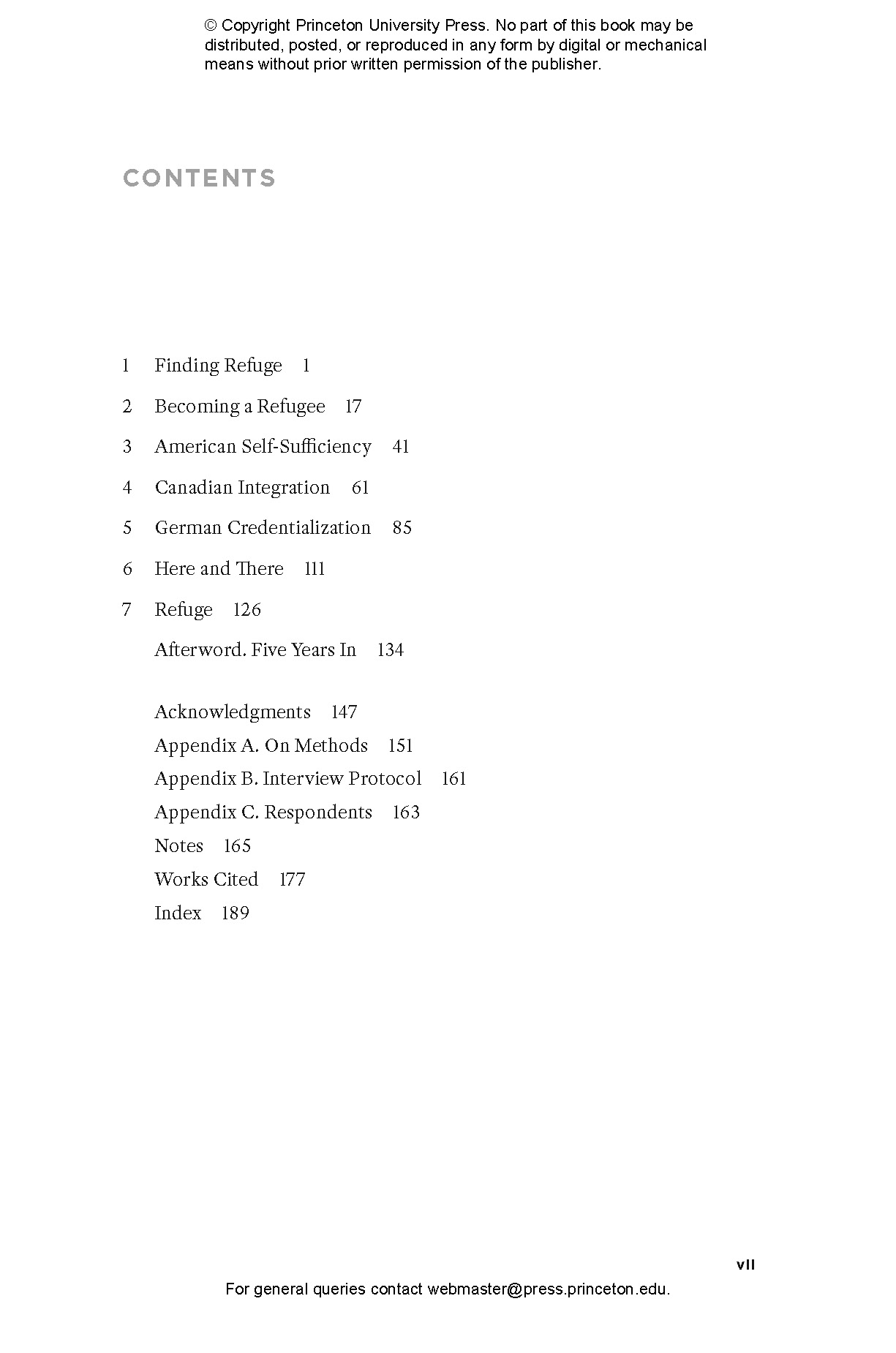 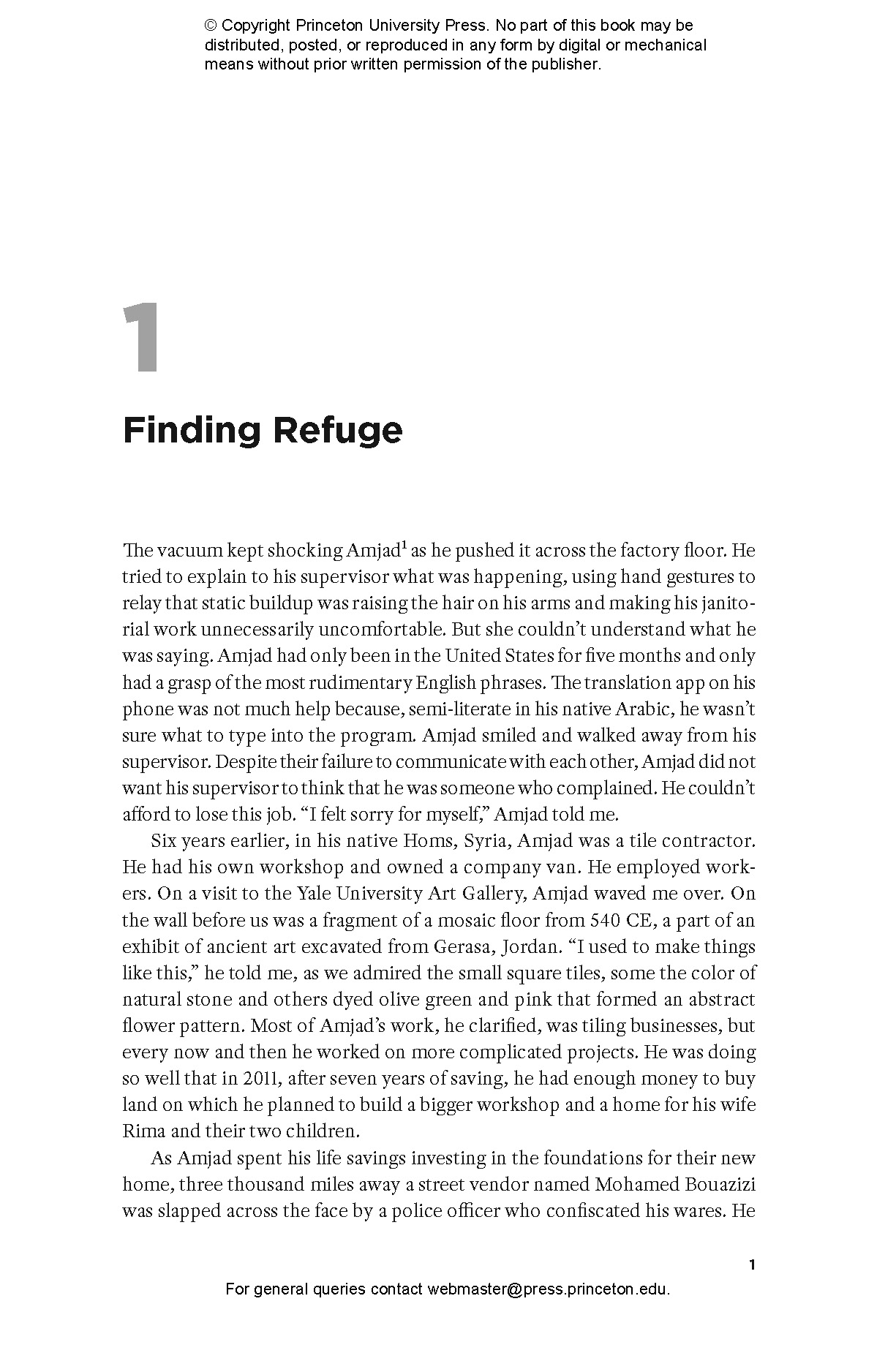 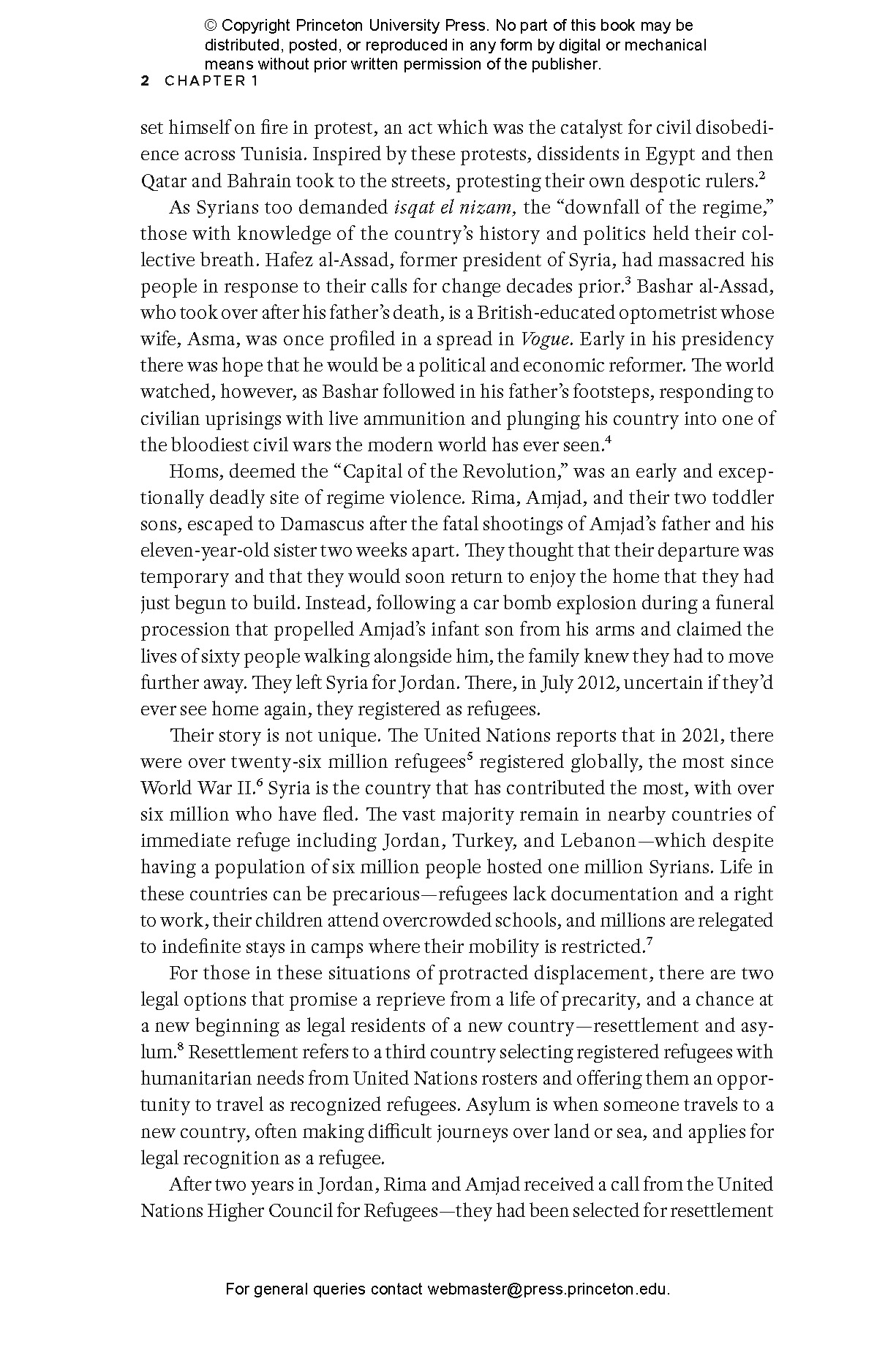 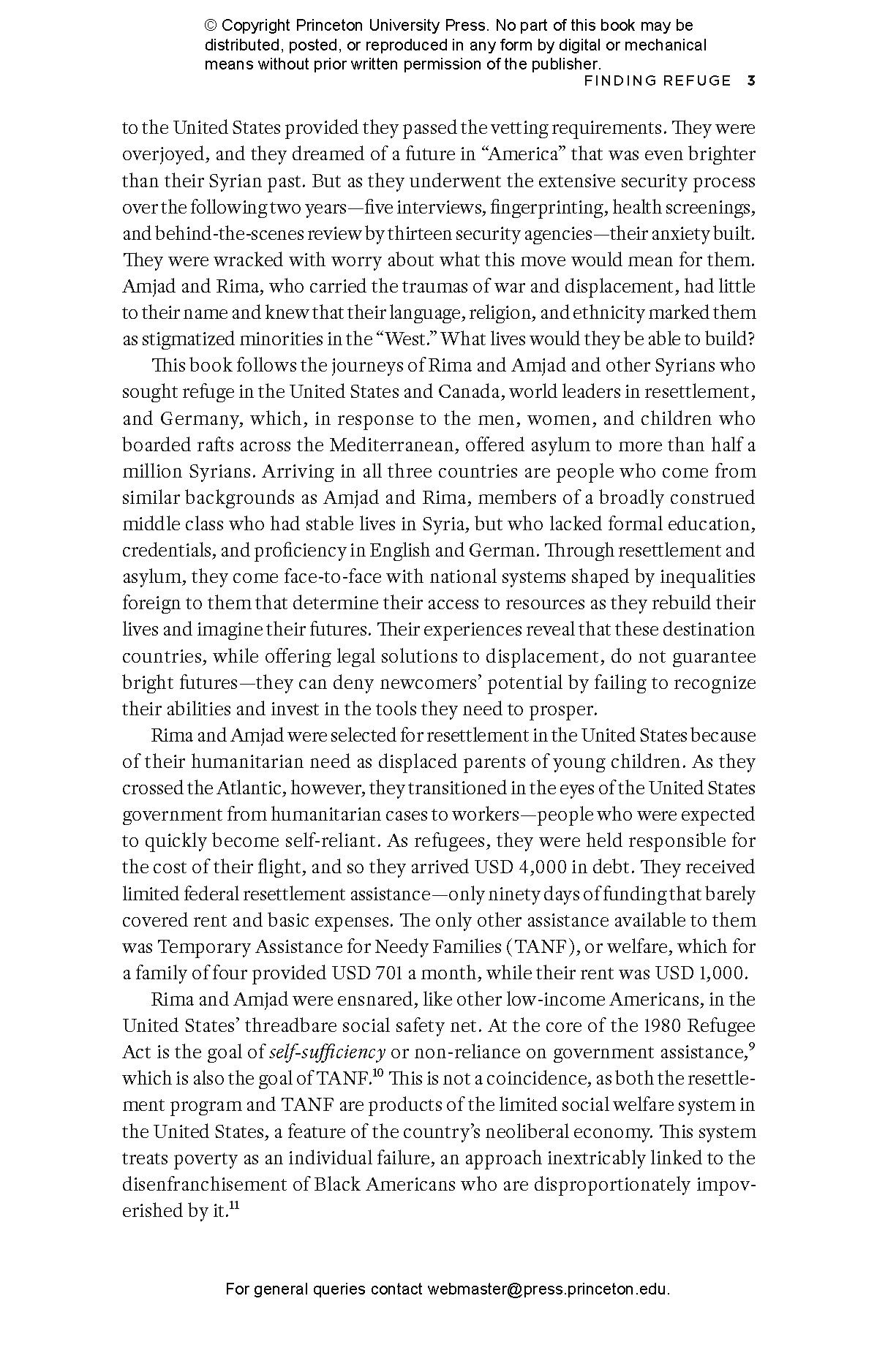 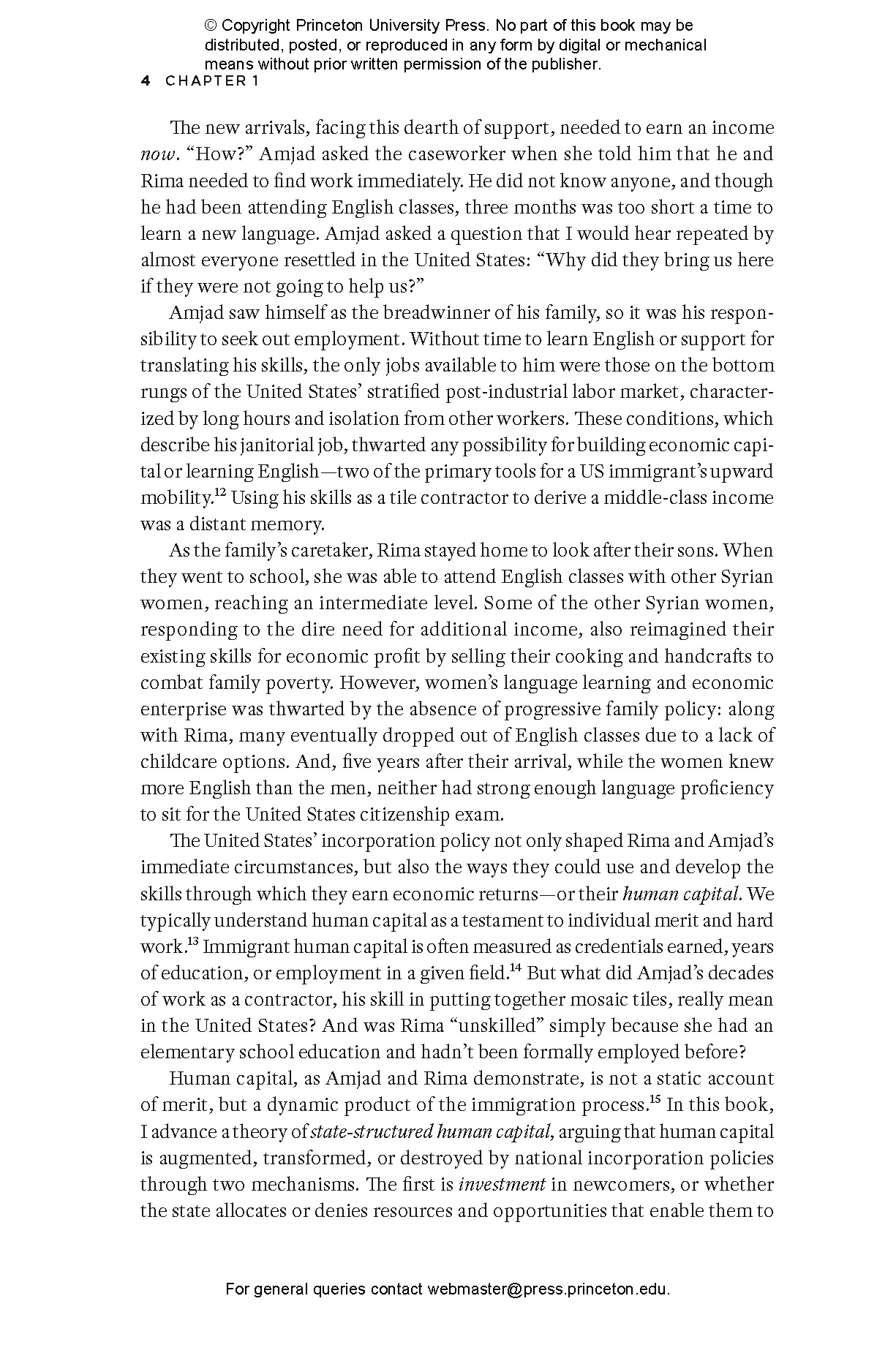 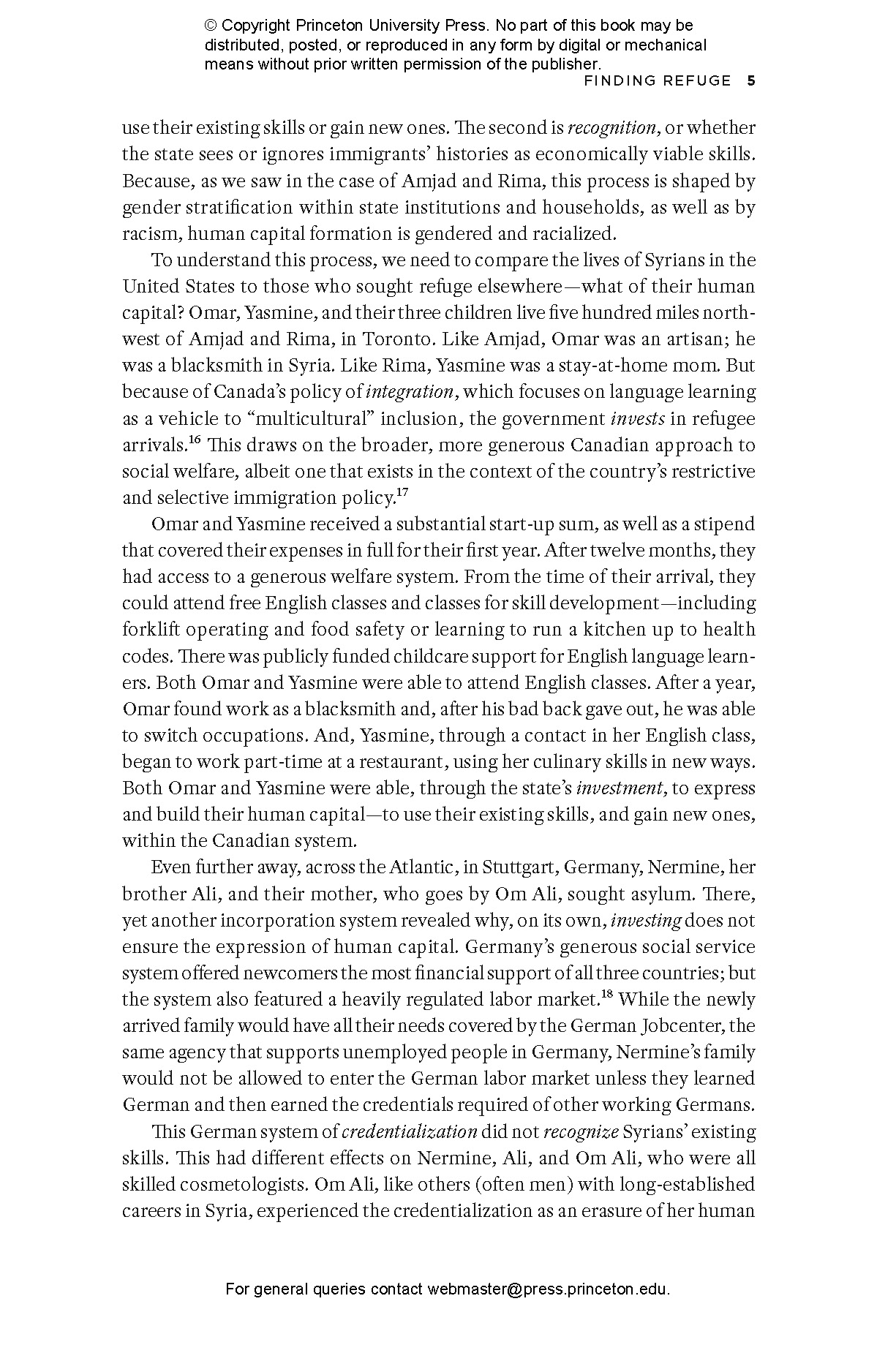 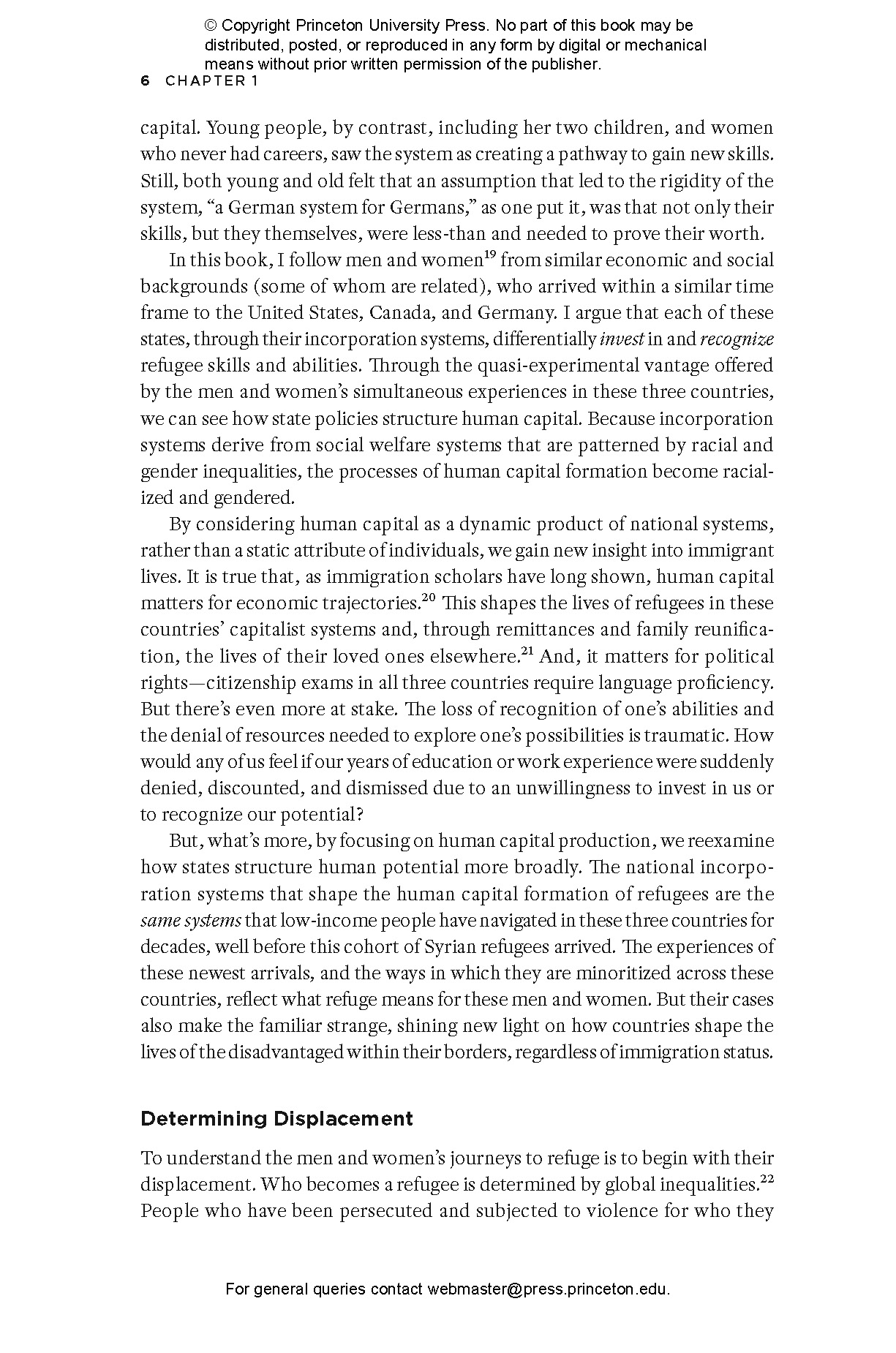 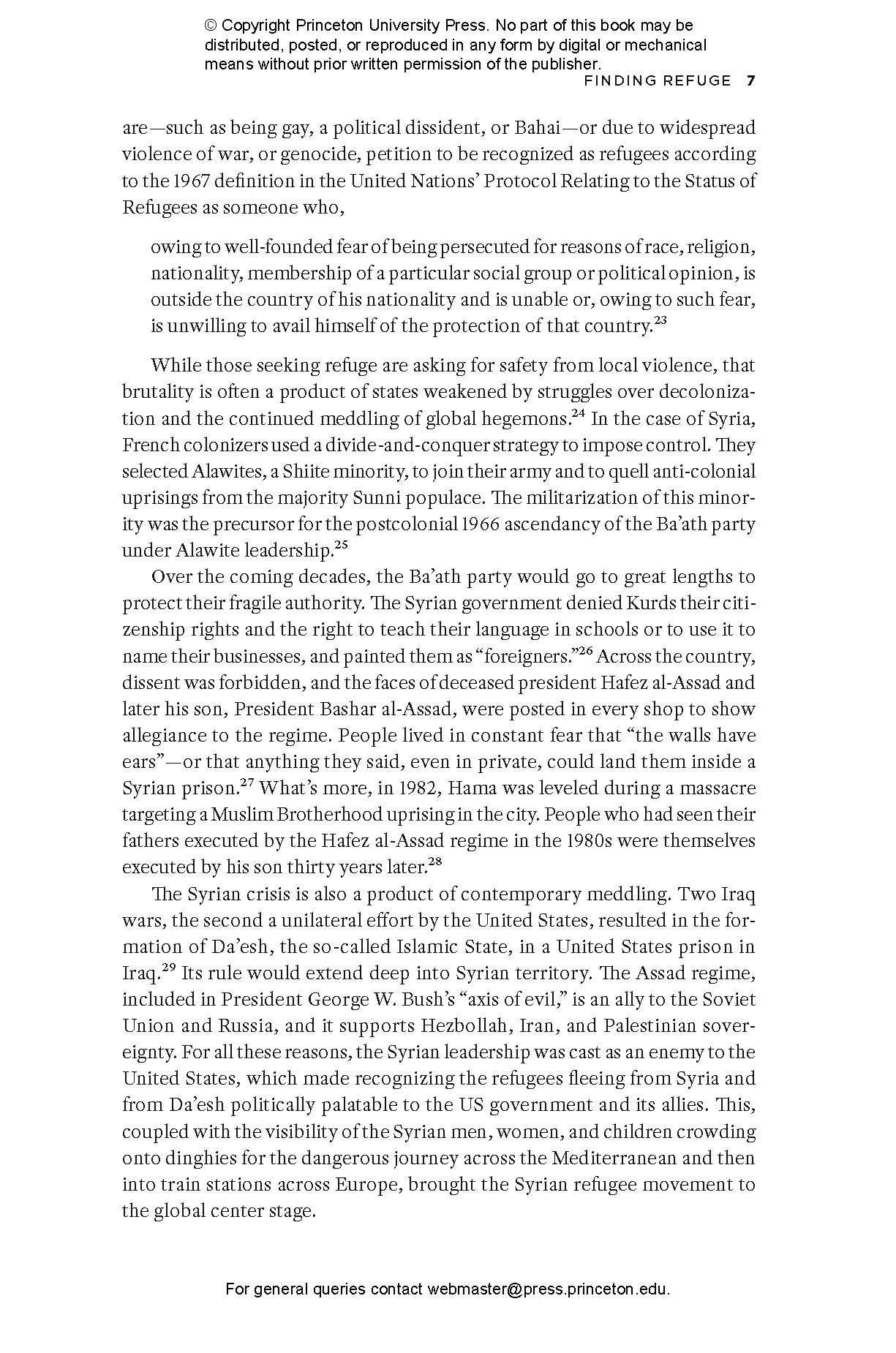 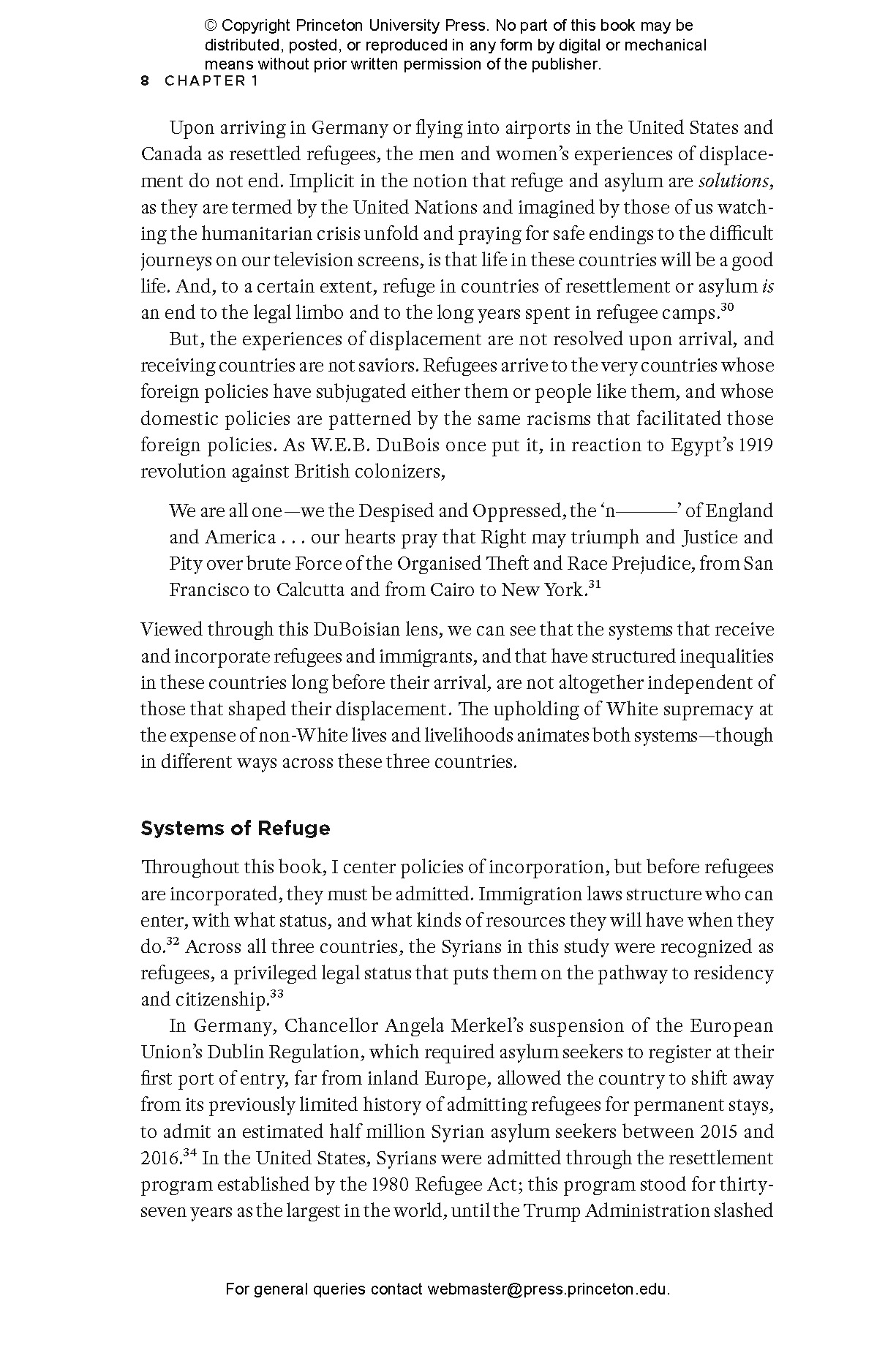 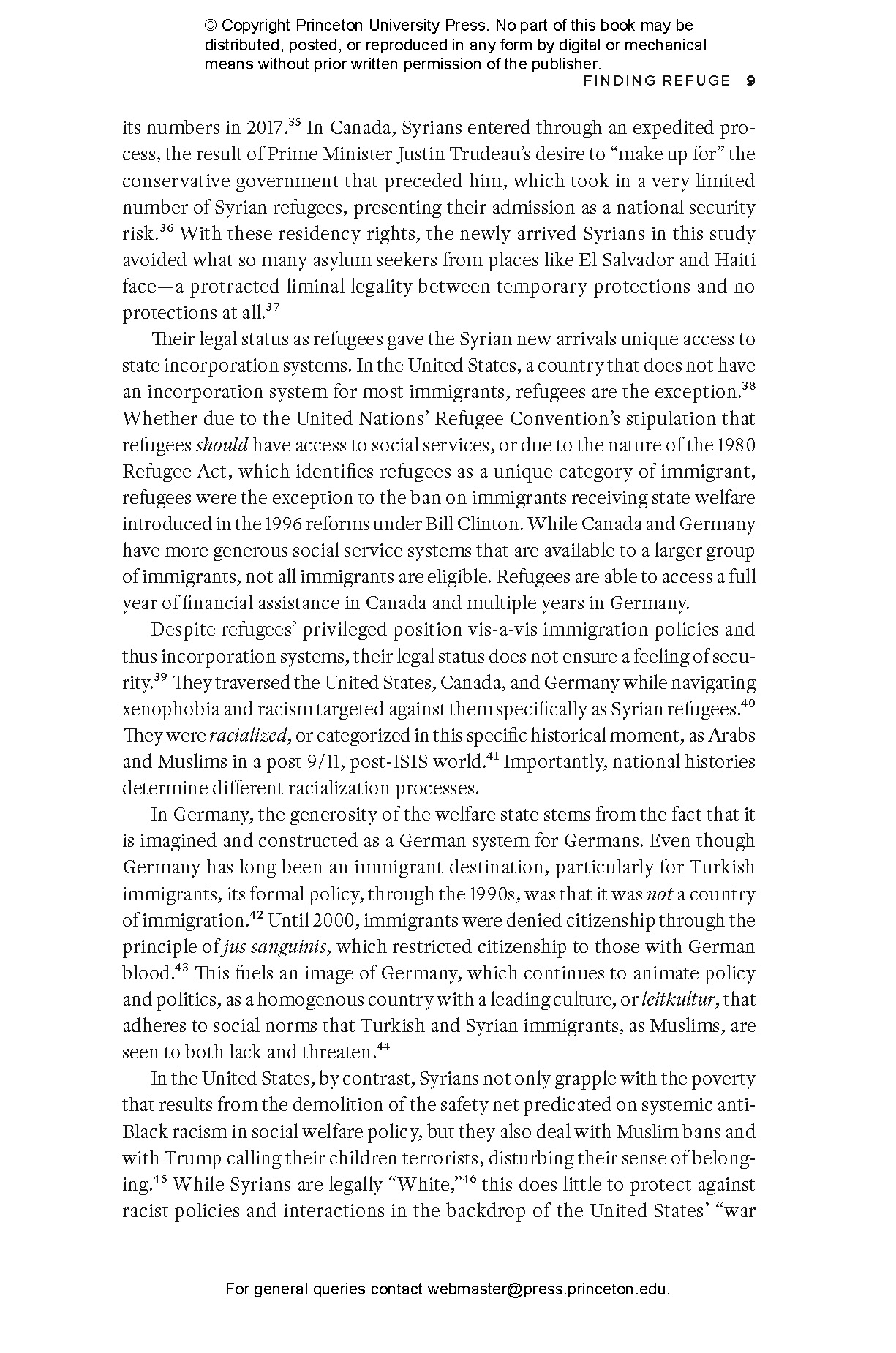 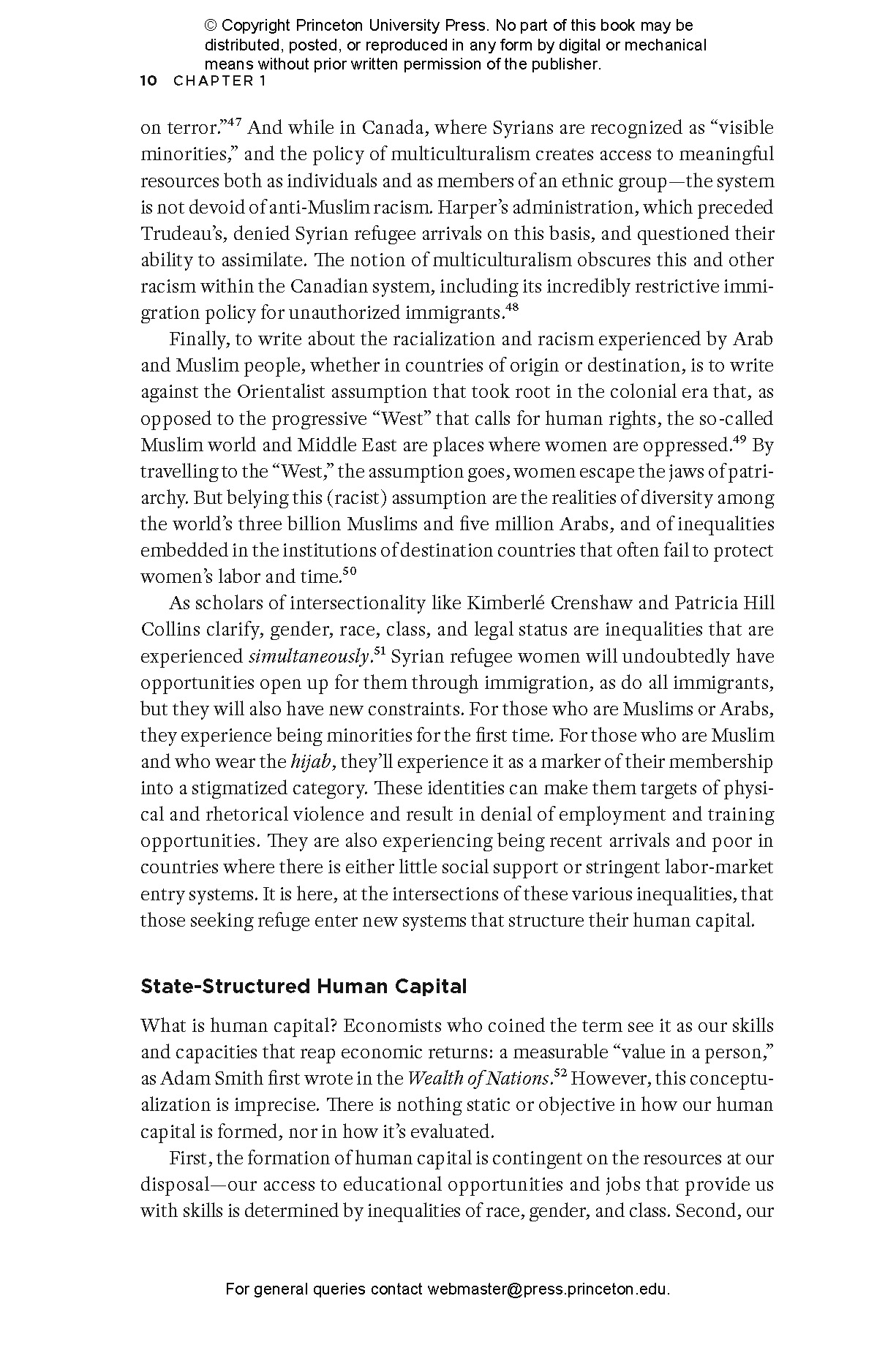 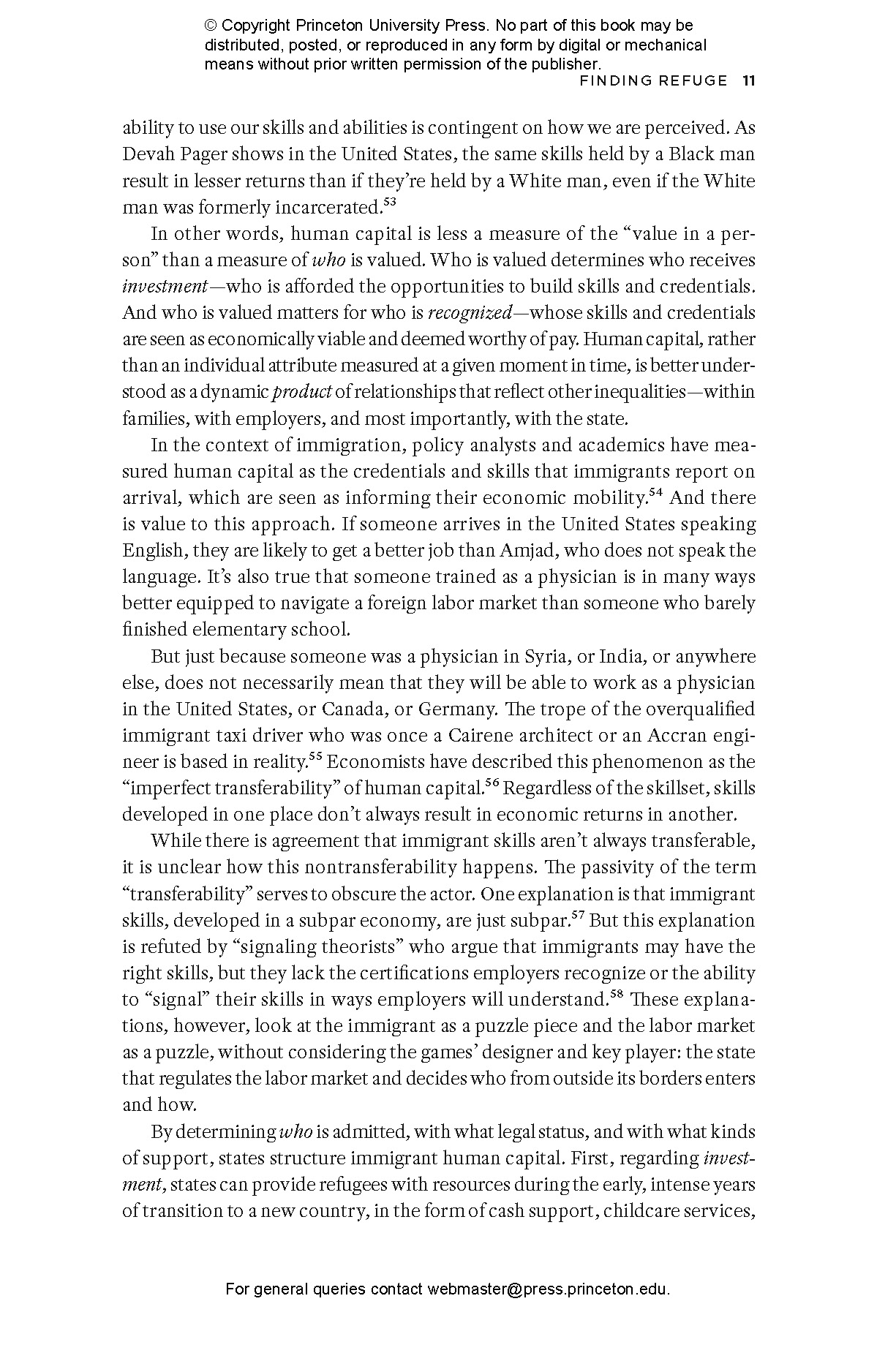 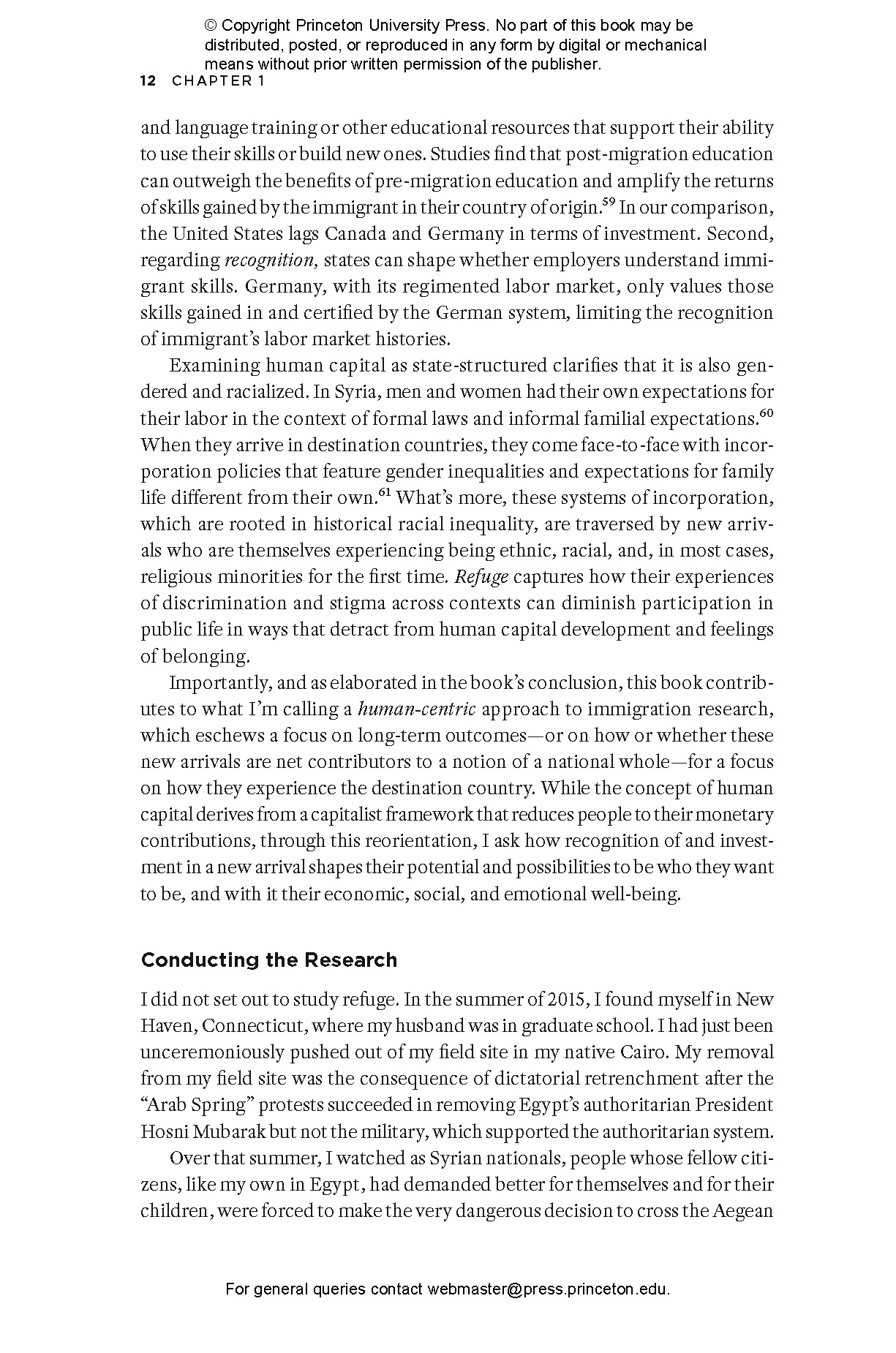 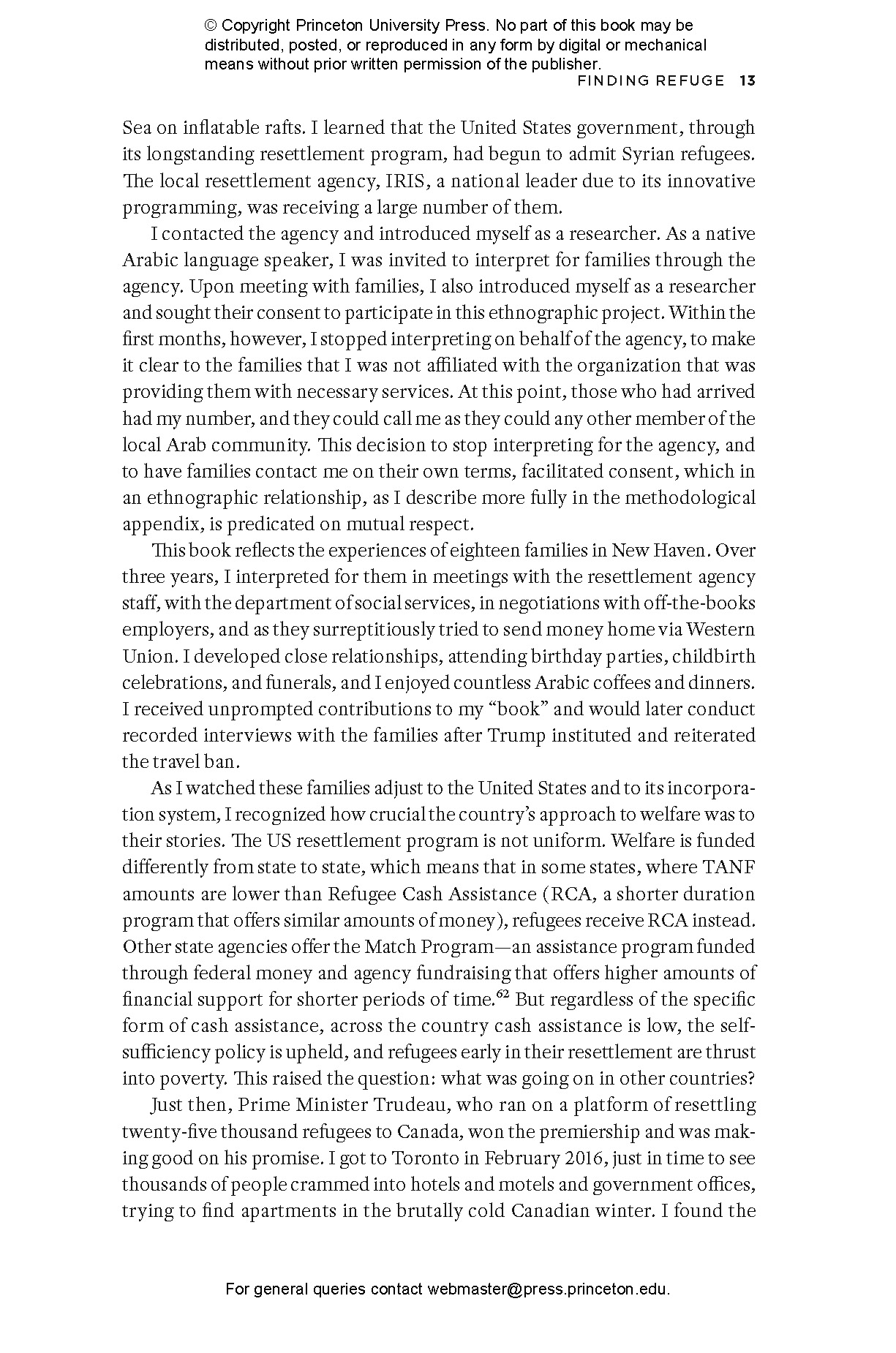 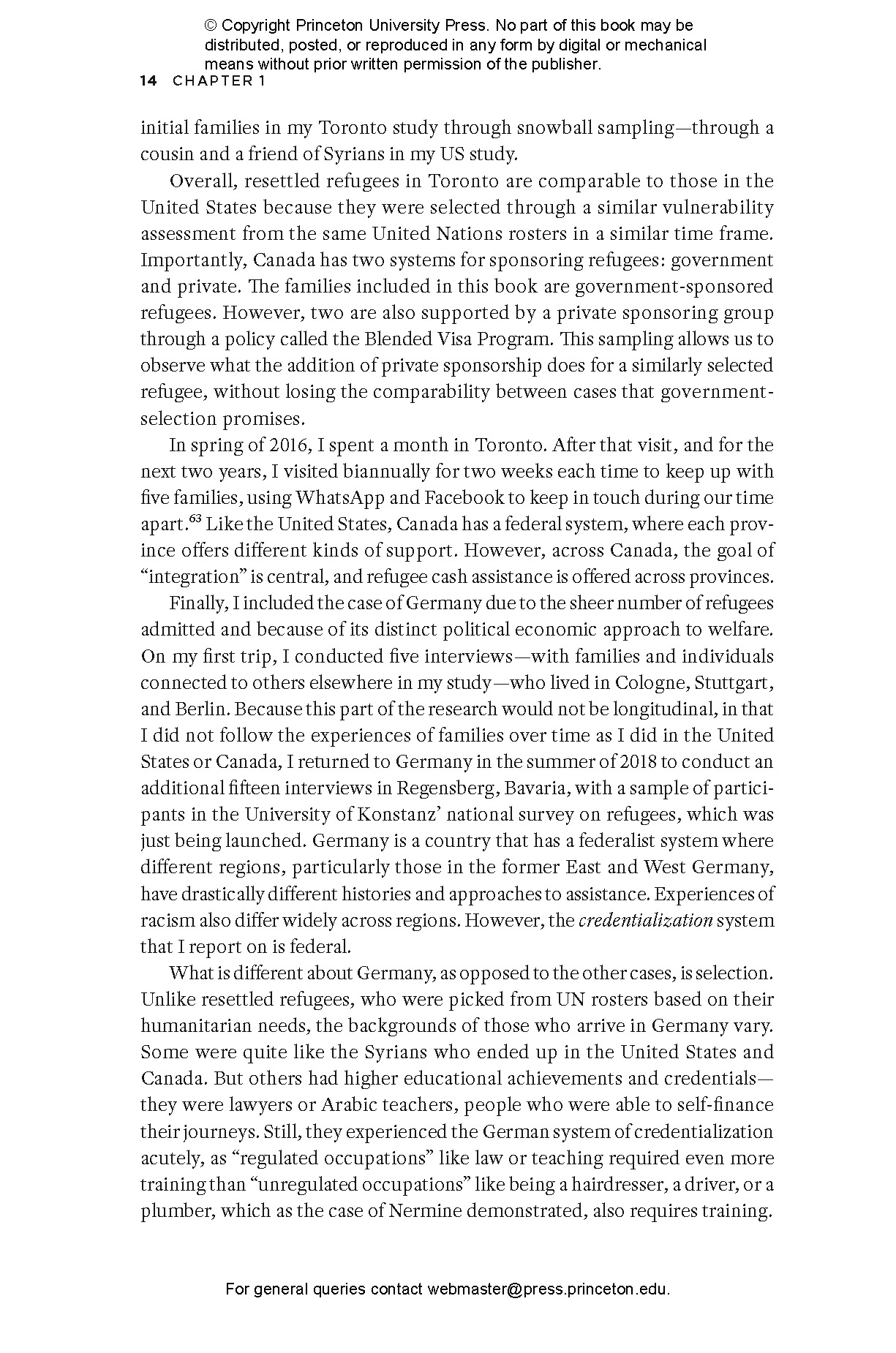 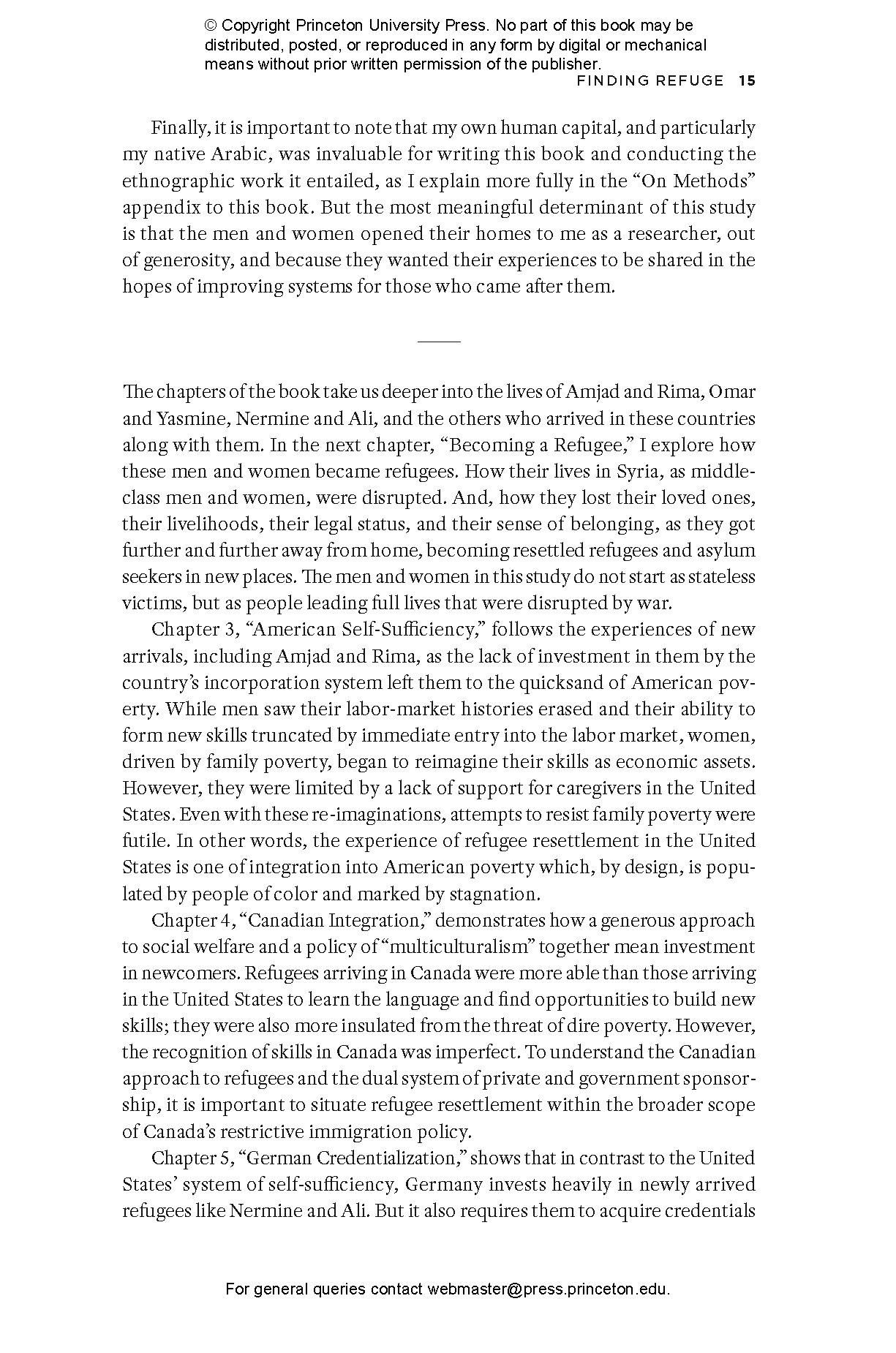 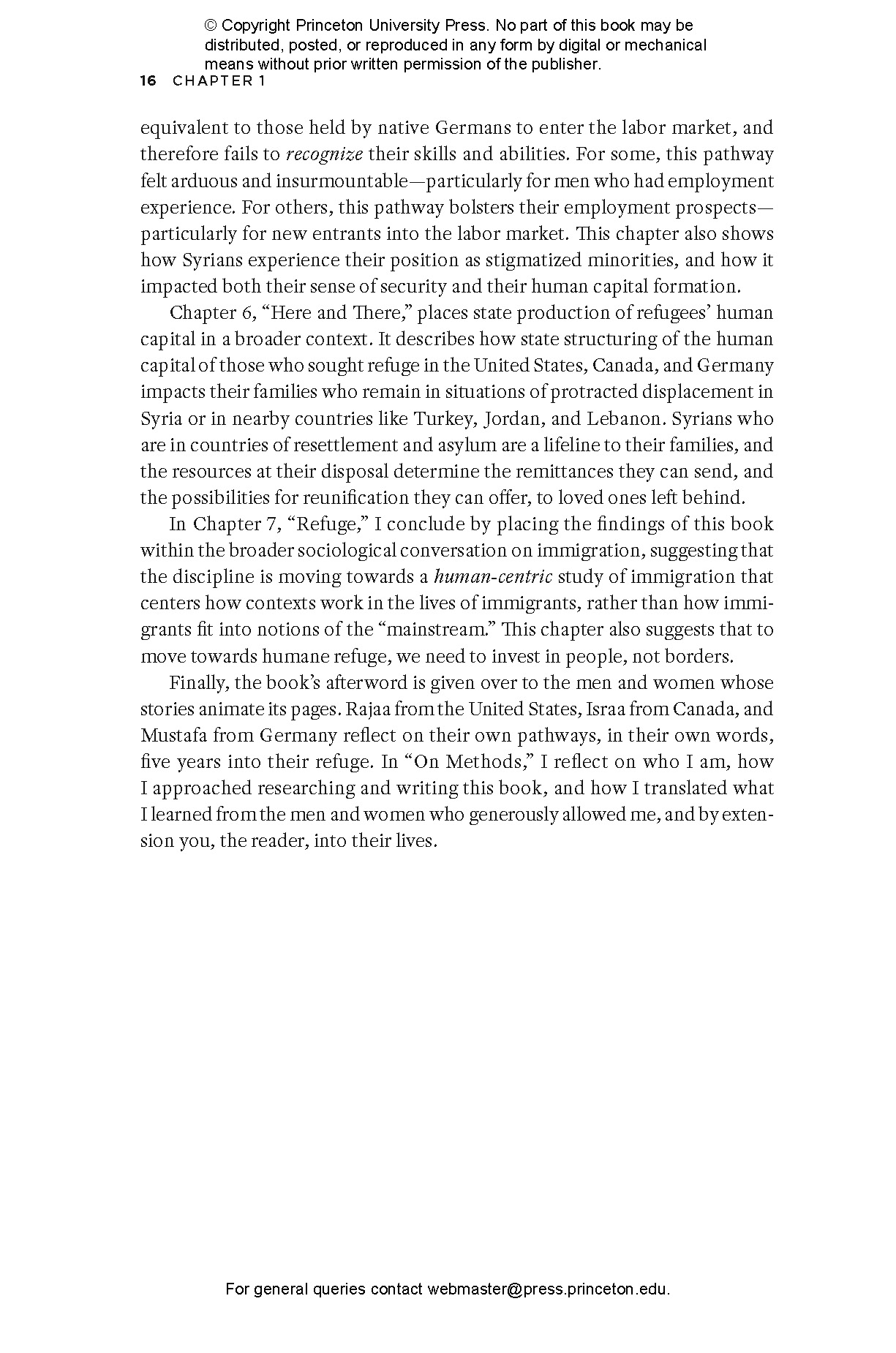 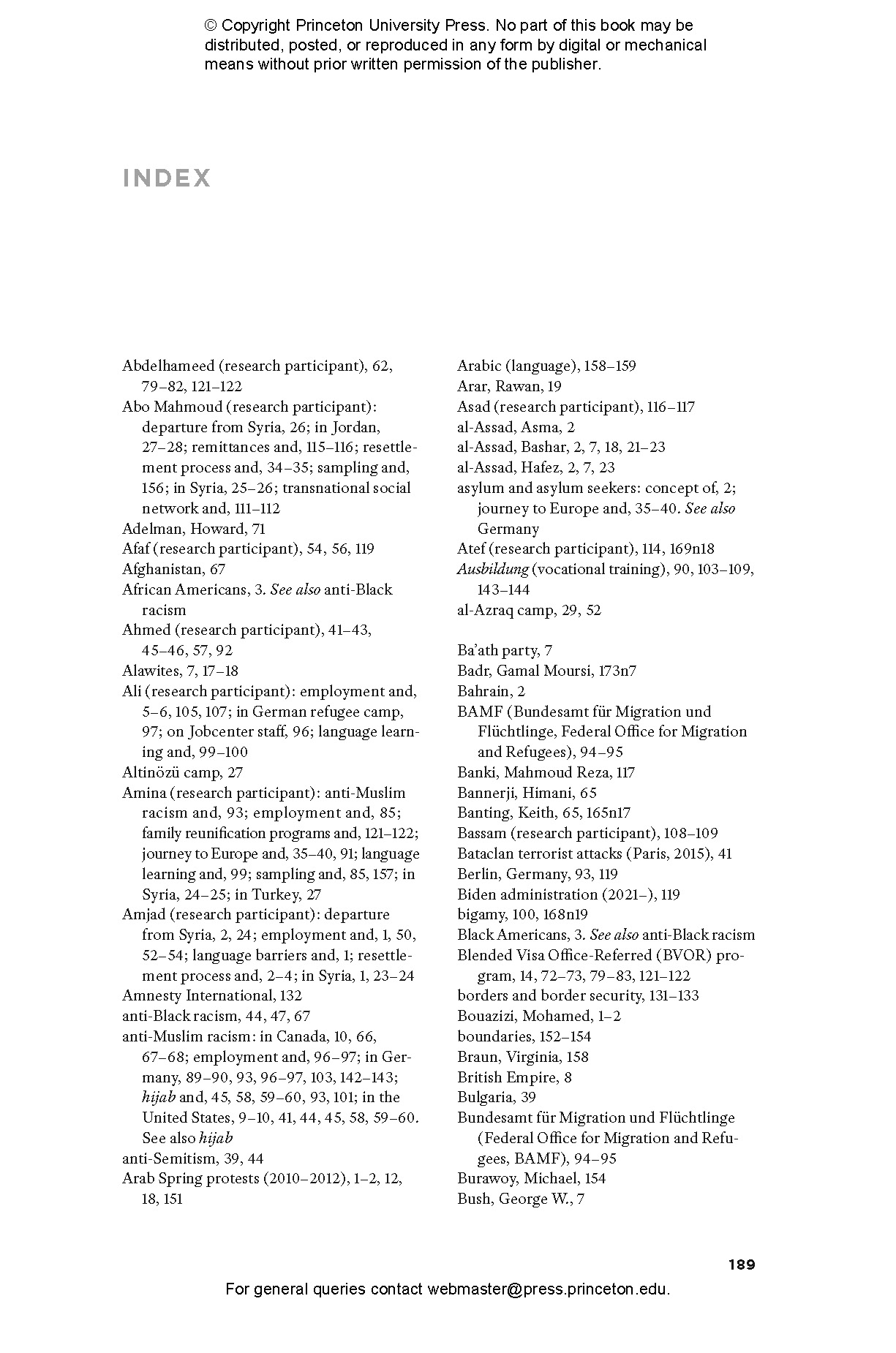 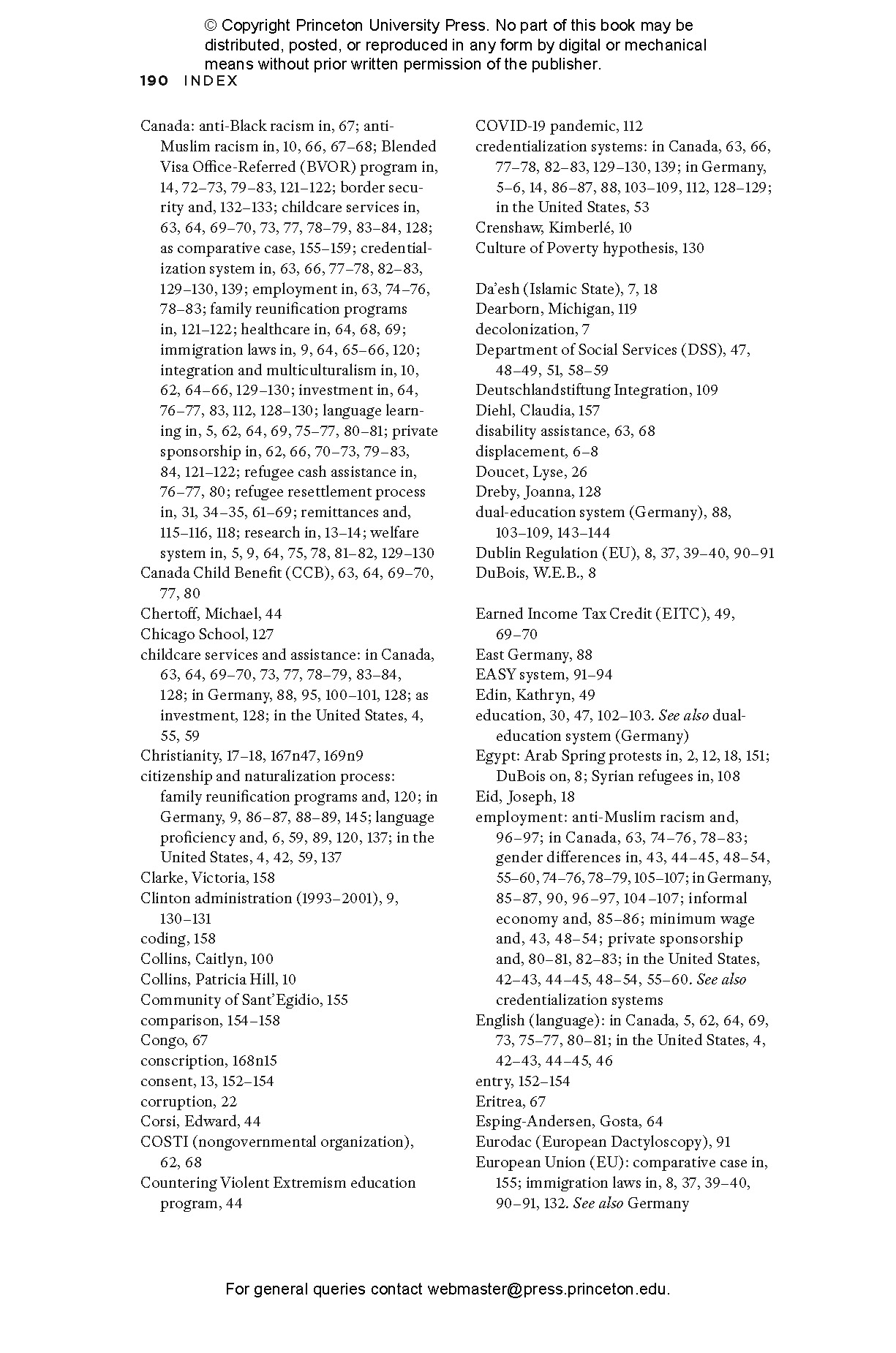 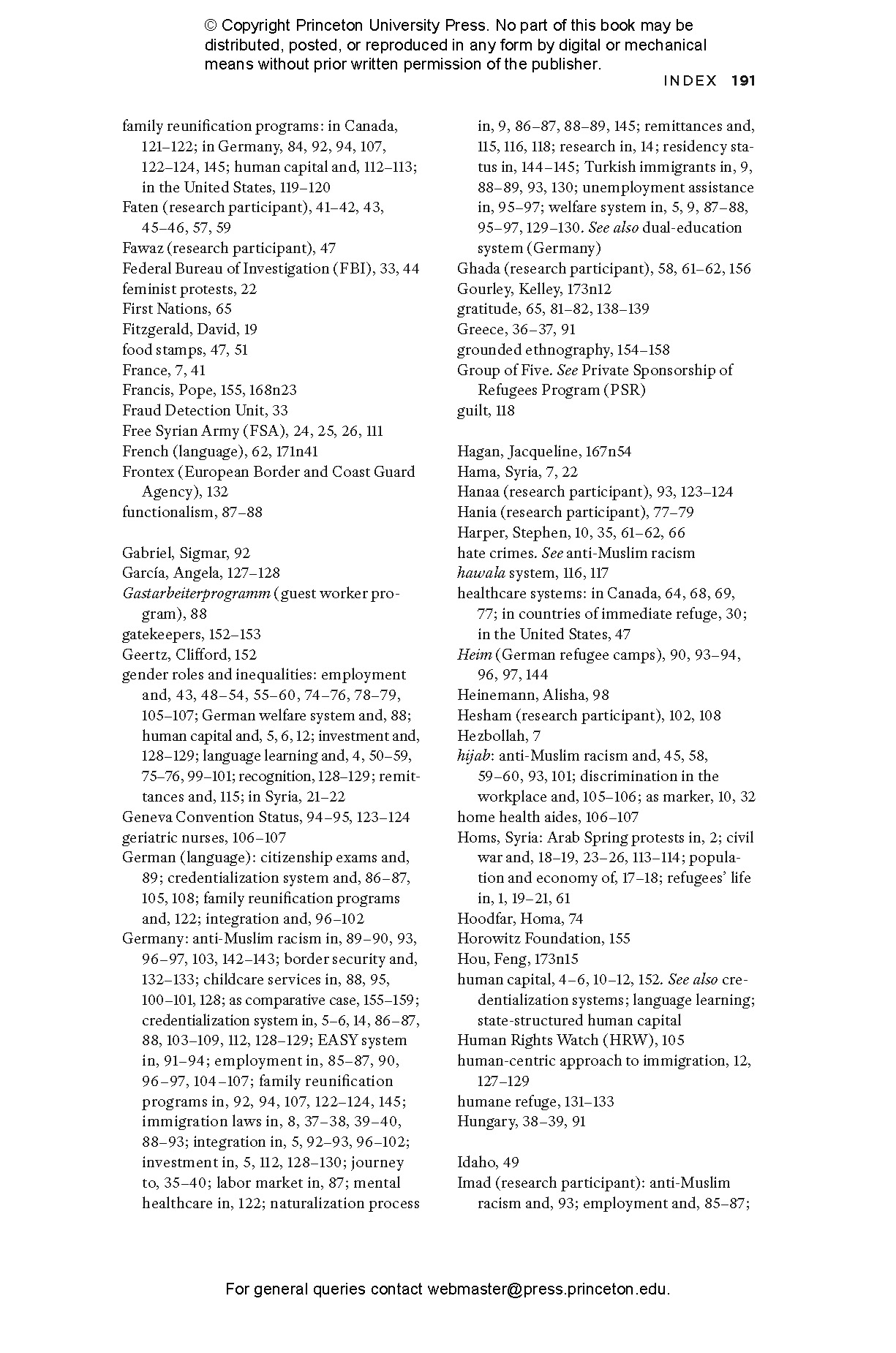 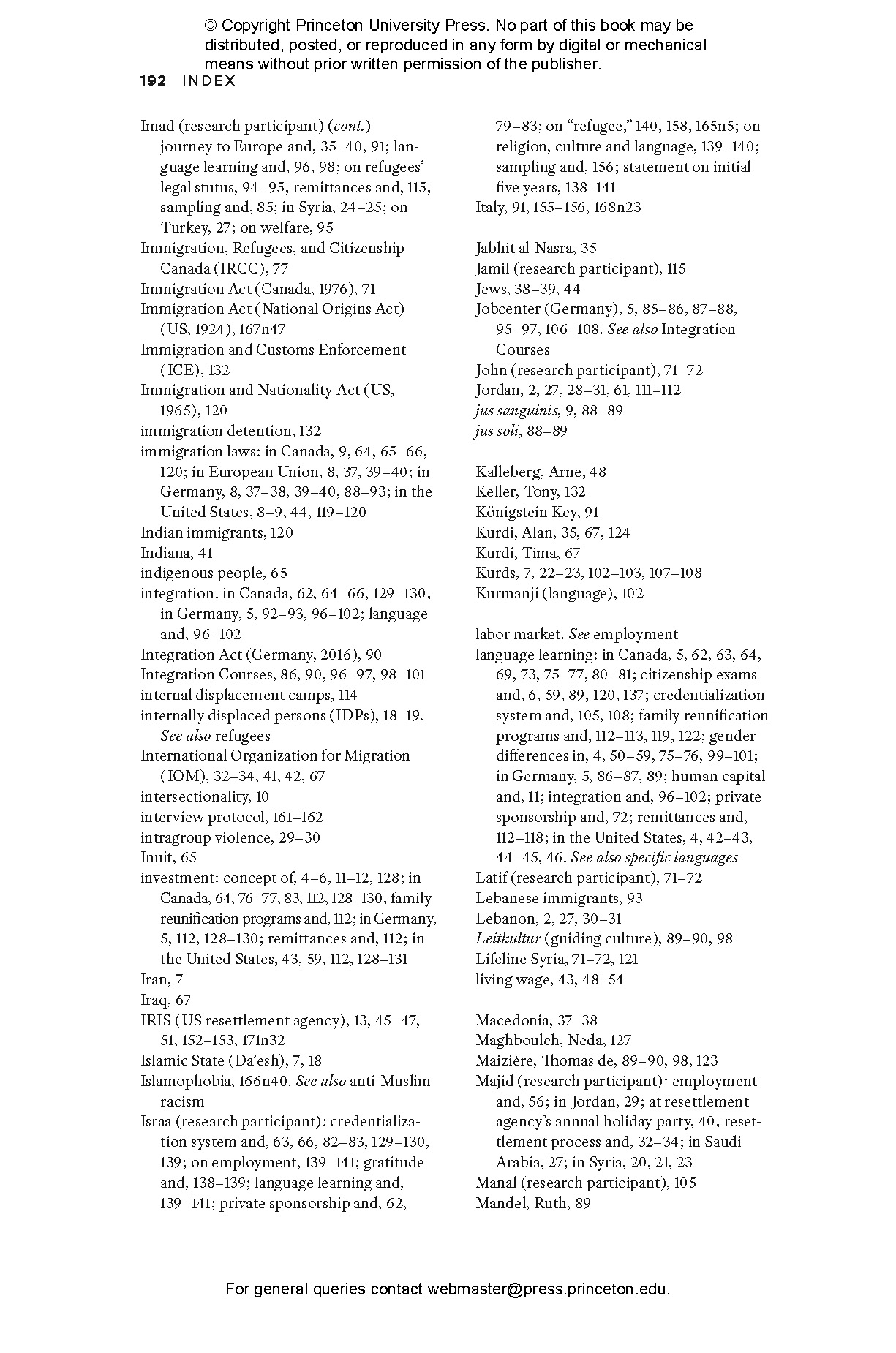 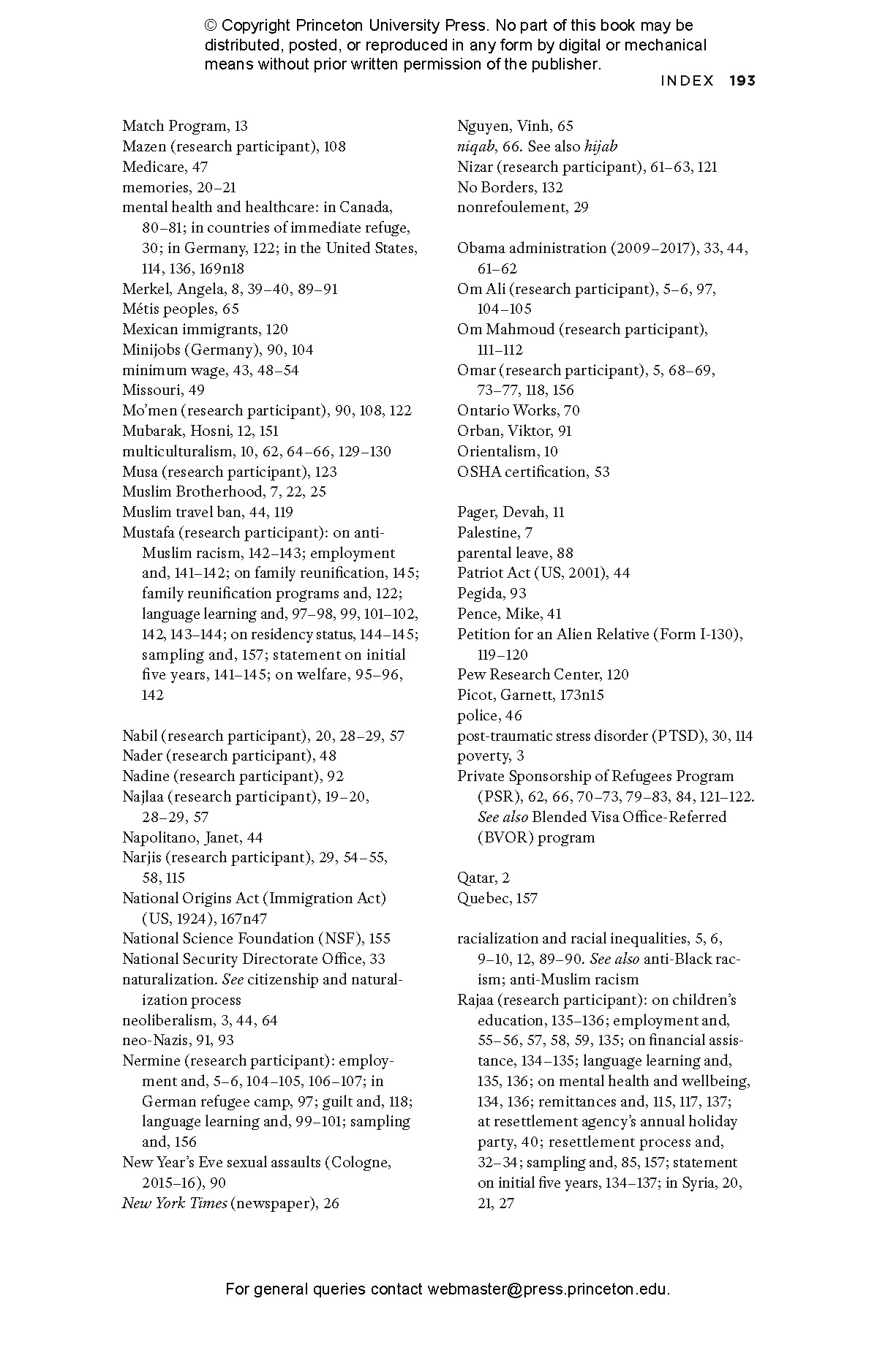 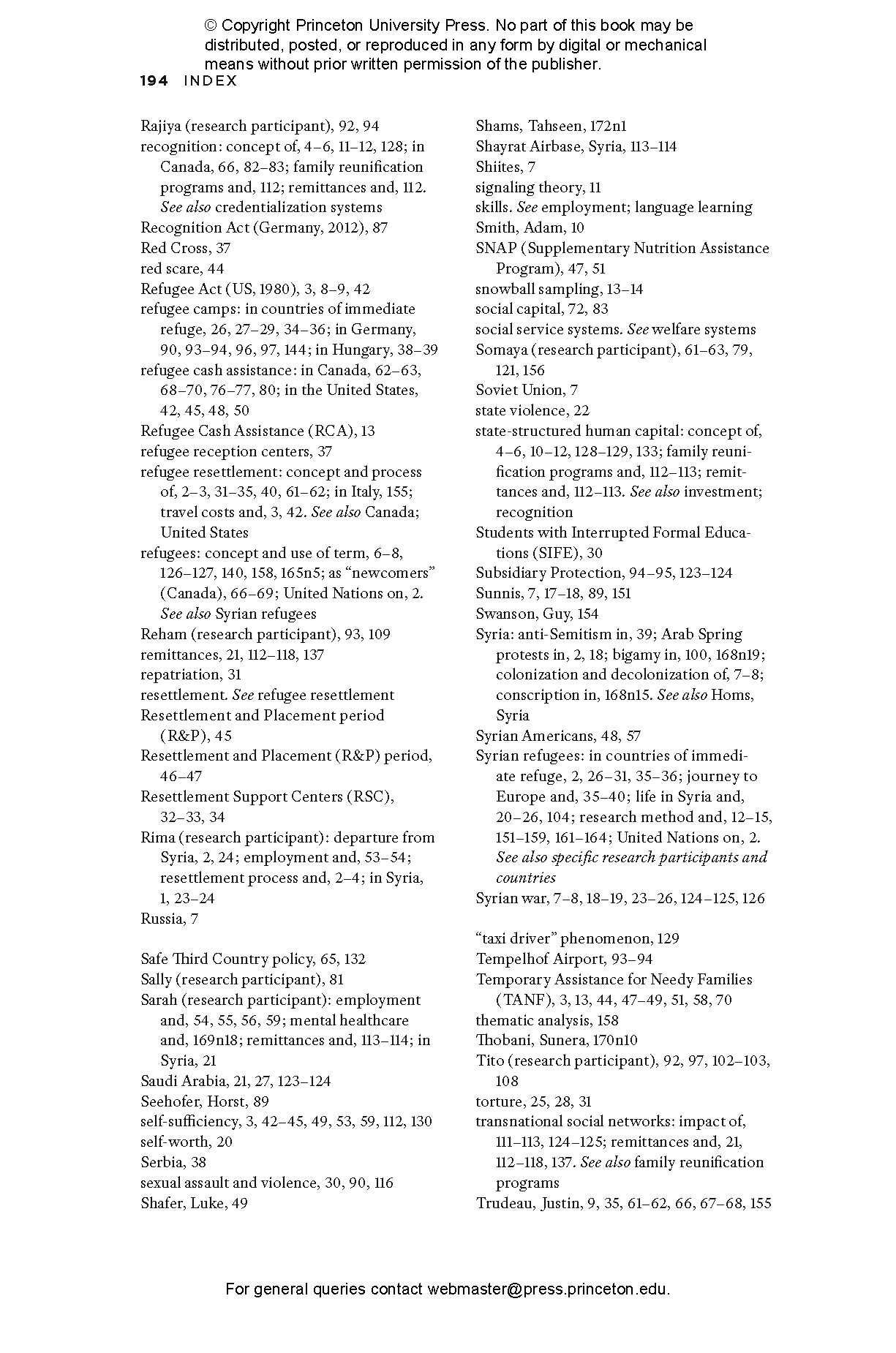 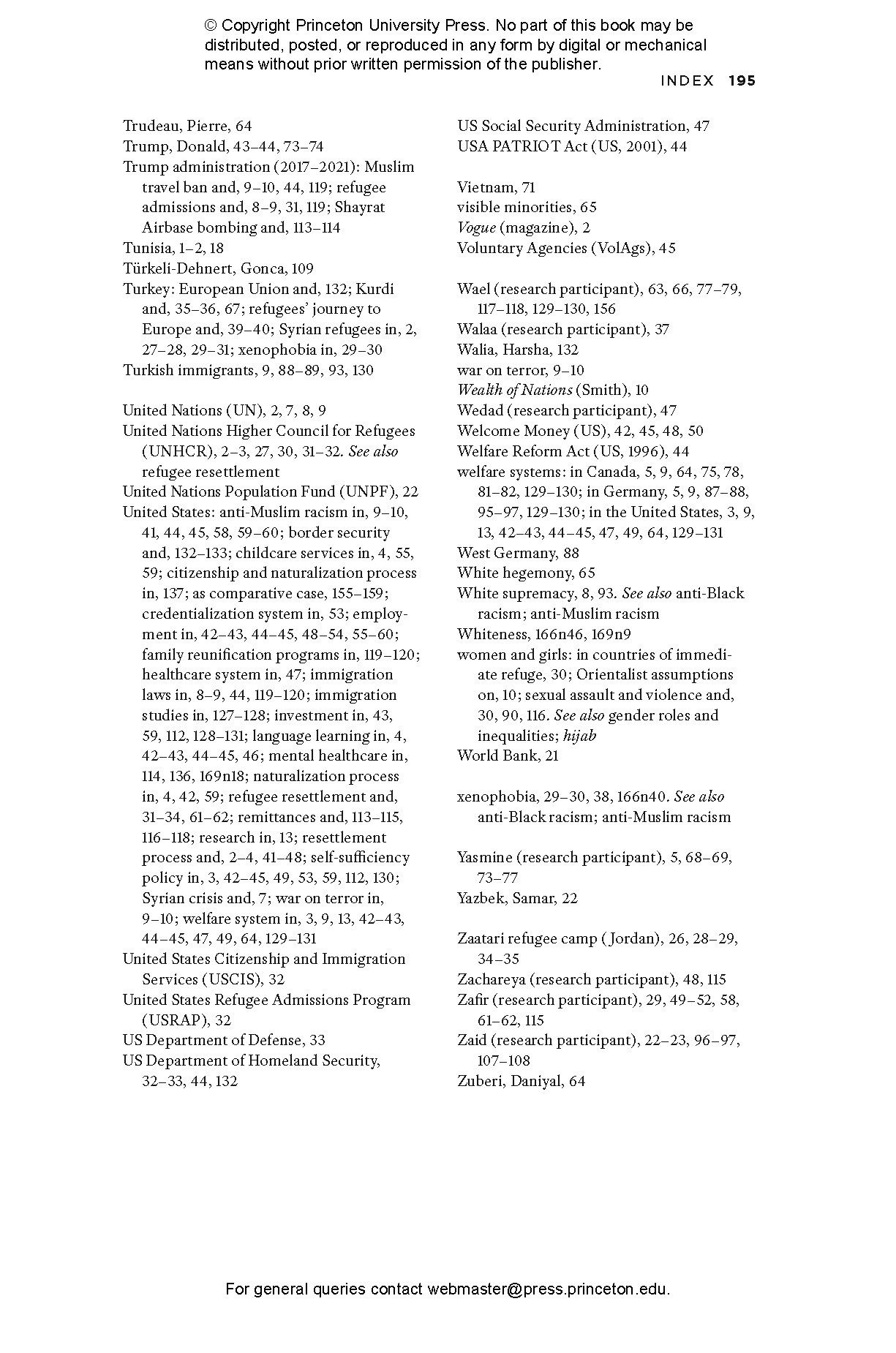 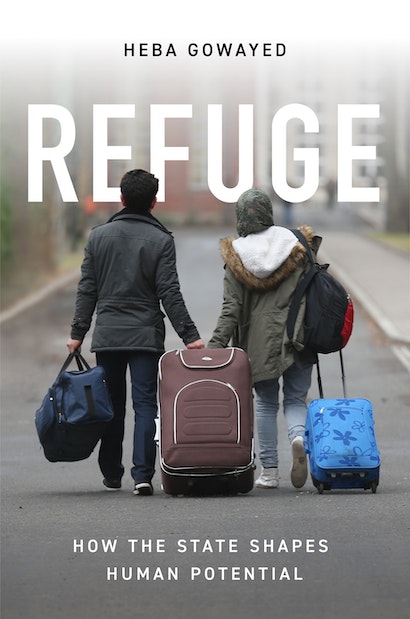 As the world confronts the largest refugee crisis since World War II, wealthy countries are being called upon to open their doors to the displaced, with the assumption that this will restore their prospects for a bright future. Refuge follows Syrians who fled a brutal war in their homeland as they attempt to rebuild in countries of resettlement and asylum. Their experiences reveal that these destination countries are not saviors; they can deny newcomers’ potential by failing to recognize their abilities and invest in the tools they need to prosper.

Heba Gowayed spent three years documenting the strikingly divergent journeys of Syrian families from similar economic and social backgrounds during their crucial first years of resettlement in the United States and Canada and asylum in Germany. All three countries offer a legal solution to displacement, while simultaneously minoritizing newcomers through policies that fail to recognize their histories, aspirations, and personhood. The United States stands out for its emphasis on “self-sufficiency” that integrates refugees into American poverty, which, by design, is populated by people of color and marked by stagnation. Gowayed argues that refugee human capital is less an attribute of newcomers than a product of the same racist welfare systems that have long shaped the contours of national belonging.

Centering the human experience of displacement, Refuge shines needed light on how countries structure the potential of people, new arrivals or otherwise, within their borders.

“Urgent and provocative. This pathbreaking book makes a strong empirical contribution to our knowledge of contemporary refugee resettlement through the fine-grained details it offers about people’s everyday suffering and survival.”—Neda Maghbouleh, author of The Limits of Whiteness: Iranian Americans and the Everyday Politics of Race

“Thank you, Heba Gowayed, for providing an extraordinary window into refugees’ experiences. With theoretical spark, gripping narrative, and deep empathy, Refuge subverts standard accounts of human capital’s impact by showing how refugee resettlement policies can advance or stymie refugees’ individual skills. A tour de force that will engage migration experts, economic sociologists, and anyone concerned with the refugee crisis.”—Viviana A. Zelizer, author of Economic Lives: How Culture Shapes the Economy

“Deeply humane and thoughtfully argued, Refuge highlights how host societies shape the recognition of and reinvestment in refugees’ human capital. In uplifting the voices of the displaced, Gowayed insightfully captures her respondents’ deep yearnings for safety and security while underscoring their immense courage in the face of violence and despair.”—Van C. Tran, The Graduate Center, City University of New York

“A must-read for any student of migration. Weaving together intimate, on-the-ground stories with high-level theoretical discussions, Gowayed shows us that human capital is not just something that individuals attain through their own initiative but something that states and institutions invest in and recognize.”—Filiz Garip, author of On the Move: Changing Mechanisms of Mexico-U.S. Migration