How envy, spite, and the pursuit of admiration influence politics 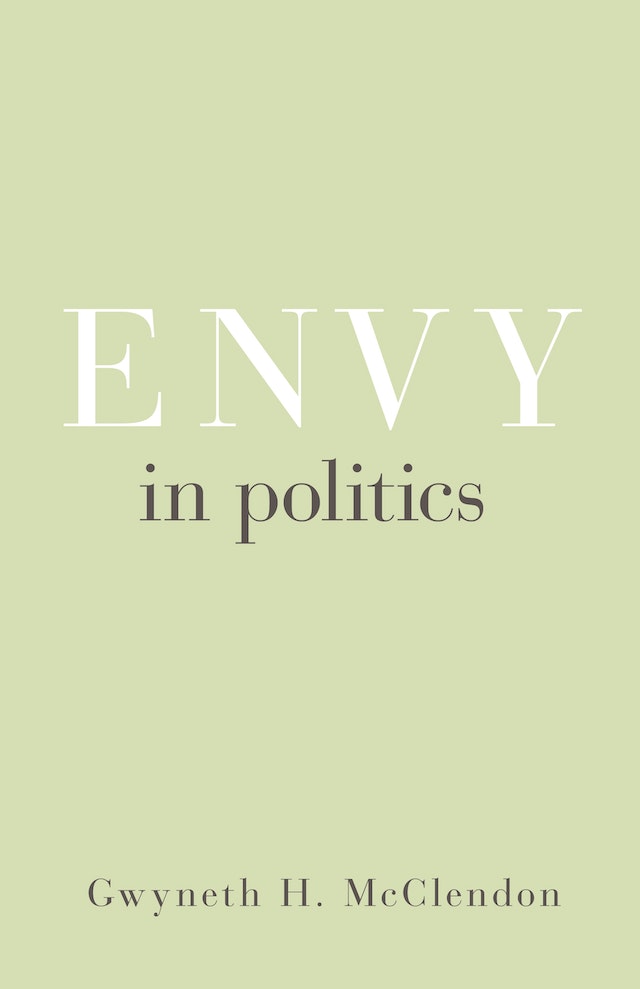 Why do governments underspend on policies that would make their constituents better off? Why do people participate in contentious politics when they could reap benefits if they were to abstain? In Envy in Politics, Gwyneth McClendon contends that if we want to understand these and other forms of puzzling political behavior, we should pay attention to envy, spite, and the pursuit of admiration — all manifestations of our desire to maintain or enhance our status within groups. Drawing together insights from political philosophy, behavioral economics, psychology, and anthropology, McClendon explores how and under what conditions status motivations influence politics.

Through surveys, case studies, interviews, and an experiment, McClendon argues that when concerns about in-group status are unmanaged by social conventions or are explicitly primed by elites, status motivations can become drivers of public opinion and political participation. McClendon focuses on the United States and South Africa—two countries that provide tough tests for her arguments while also demonstrating that the arguments apply in different contexts.

From debates over redistribution to the mobilization of collective action, Envy in Politics presents the first theoretical and empirical investigation of the connection between status motivations and political behavior.

Gwyneth H. McClendon is an assistant professor in the Wilf Family Department of Politics at New York University.

"Envy [in Politics] is a brilliant, thought-provoking book that will be studied and referenced for years to come."—Laura Seay, Washington Post

"Overall, this excellent, eclectic, and thought-provoking book is sure to inspire intense discussion and significant follow-up research."—M.R. Michelson, Choice

"What motivates Donald Trump’s political base . . . [McClendon’s] big insight is that the seething and yearning focuses not on class conflict, but the Joneses. That is, while emotional cues may come from national voices, it’s the people next door who churn minds to the point where their bodies will clamber into the arenas of politics."—Michael Cornfield, The Guardian

"Envy in Politics gracefully mixes social science with political theory. The writing is elegant and incisive and the analysis penetrating and persuasive. This book proclaims the arrival of a major scholar."—Robert H. Bates, Harvard University

"Where political behavior meets behavioral economics, we find political misbehavior. Brilliantly advancing this emerging research agenda, Envy in Politics marries timeless theoretical insights with cutting-edge methods, and establishes that citizens engage in politics not just to secure gains for themselves, but to impose losses on others."—Dan Slater, University of Michigan

"McClendon’s thoughtful book takes seriously the idea that humans are motivated not just by how well off they are but by how they rank compared to others—particularly to those around them. Though ignored in standard models of political behavior, status concerns, McClendon shows, help explain a multitude of political puzzles."—Macartan Humphreys, Columbia University and WZB Berlin Social Science Center

"In Envy in Politics, McClendon shows that envy affects political behavior in varied and interesting ways that political scientists have previously ignored. This thought-provoking and important book is a very good read."—Ruth Grant, Duke University

"This book is likely the most comprehensive study of how envy and status-based motivations can shape political outcomes. It integrates material from a wide number of social science studies, develops clear definitions and testable hypotheses, and demonstrates the power of status motivations on important political decisions. McClendon's research is impressive."—Roger Petersen, Massachusetts Institute of Technology