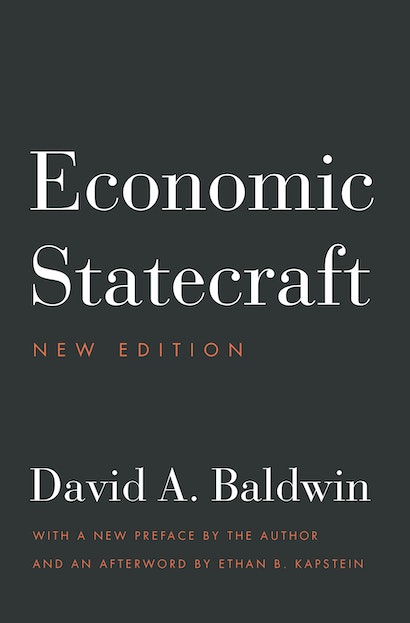 Today’s complex and dangerous world demands a complete understanding of all the techniques of statecraft, not just military ones. David Baldwin’s Economic Statecraft presents an analytic framework for evaluating such techniques and uses it to challenge the notion that economic instruments of foreign policy do not work. Integrating insights from economics, political science, psychology, philosophy, history, law, and sociology, this bold and provocative book explains not only the utility of economic statecraft but also its morality, legality, and role in the history of international thought.

Economic Statecraft is a landmark work that has fundamentally redefined how nations evaluate crucial choices of war and peace. Now with a substantial new preface by the author and an afterword by esteemed foreign-policy expert Ethan Kapstein, this new edition introduces today’s generation of readers to the principles and applications of economic statecraft.

David A. Baldwin is senior political scientist at the Princeton School of Public and International Affairs and the Ira D. Wallach Professor Emeritus of World Order Studies at Columbia University. His books include Power and International Relations (Princeton). Ethan B. Kapstein is Arizona Centennial Professor of International Affairs at the School of Public Affairs and Thunderbird School of Global Management at Arizona State University and codirector of the Empirical Studies of Conflict Project at Princeton University. His books include Economic Justice in an Unfair World (Princeton). 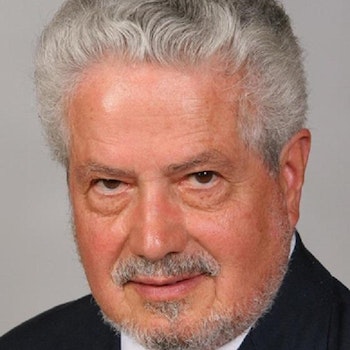 "Economic Statecraft remains our field's definitive work on the use of economic measures to achieve foreign-policy objectives. Generations of students and scholars have been and will continue to be inspired by Baldwin's conceptual insight, logical clarity, and refreshingly straightforward writing style. This is a true classic of international relations."—Michael Mastanduno, Dartmouth College

"Baldwin's is a timeless analysis of an enduring quandary: the relative utility of economic tools of statecraft. Economic Statecraft remains a primer for how to examine the US-China trade and technology war, proliferating unilateral and multilateral sanctions, Pyrrhic victories, and the costs and benefits of twenty-first-century-style economic coercion."—Etel Solingen, Distinguished Professor and Thomas T. and Elizabeth C. Tierney Chair in Peace and Conflict Studies, University of California, Irvine

"Thirty-five years after its original publication, Baldwin's book remains the first one I recommend to scholars interested in the subject. It defines the field."—Daniel Drezner, Fletcher School of Law and Diplomacy at Tufts University, author of The Sanctions Paradox

"Economic Statecraft is a classic, replete with ideas that are as fresh today as when they were first conceived. With an approach that is intellectually masterful and rich in historical detail, Baldwin instructs readers how to think accurately about the economic techniques of foreign policy. No one has done it better."—Benjamin Cohen, University of California, Santa Barbara

"This is a study of economics as an instrument of politics, and quite a rigorous one. . . . Baldwin tears apart the reasoning of most other scholars and torpedoes not only the conventional wisdom about various cases but just about all generalizations. . . . This is a stimulating book."—William Diebold, Jr., Foreign Affairs