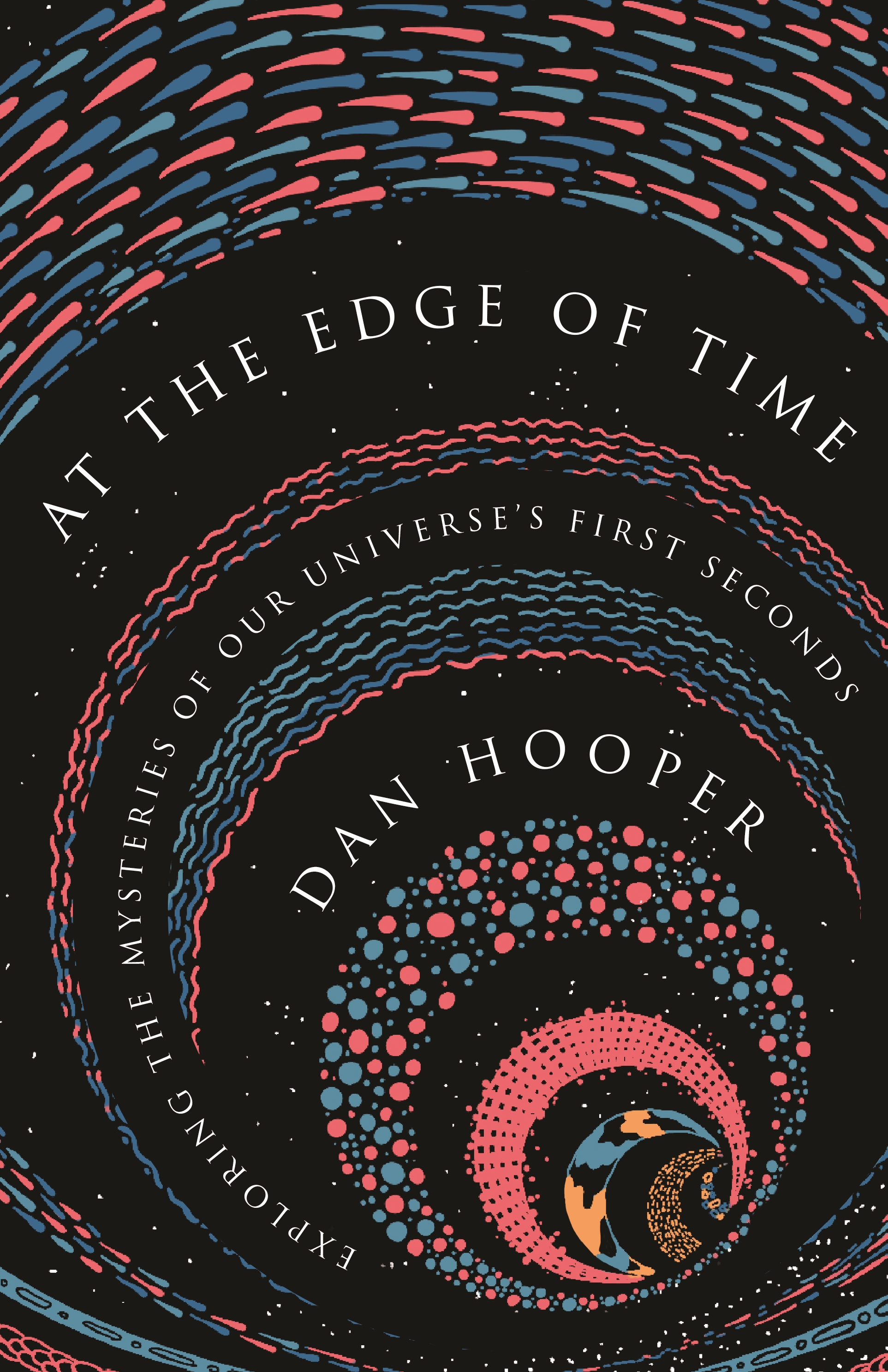 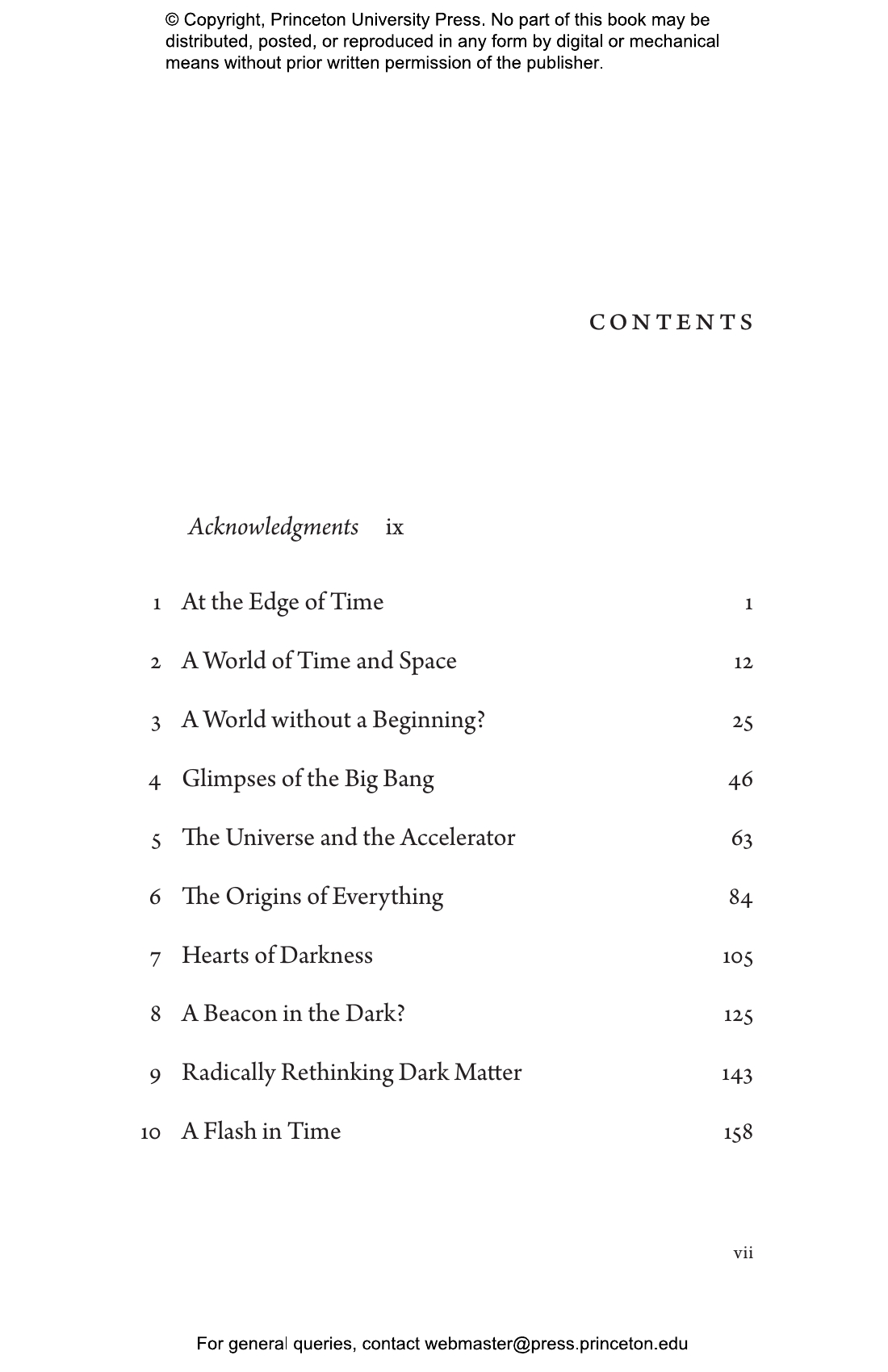 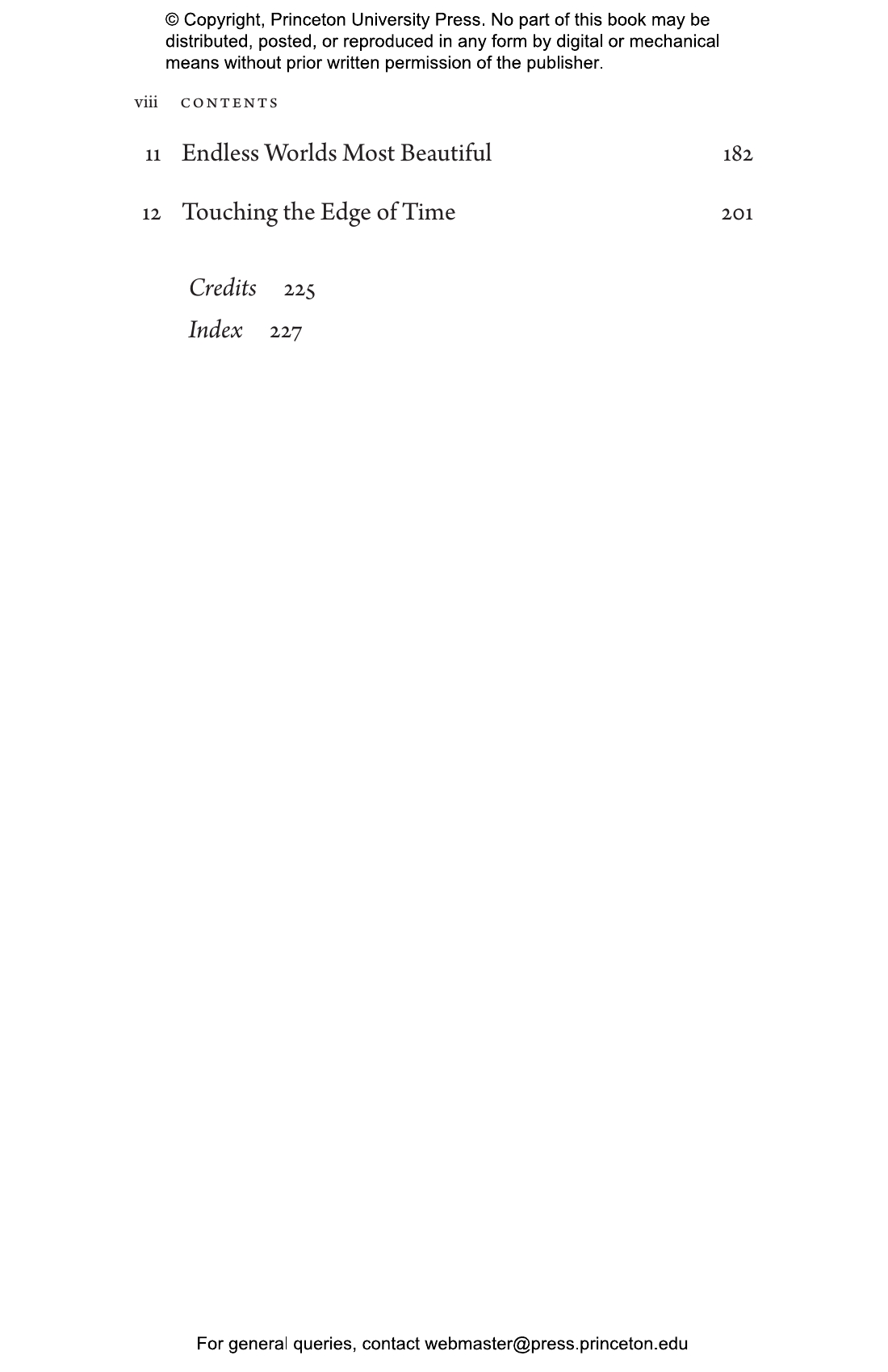 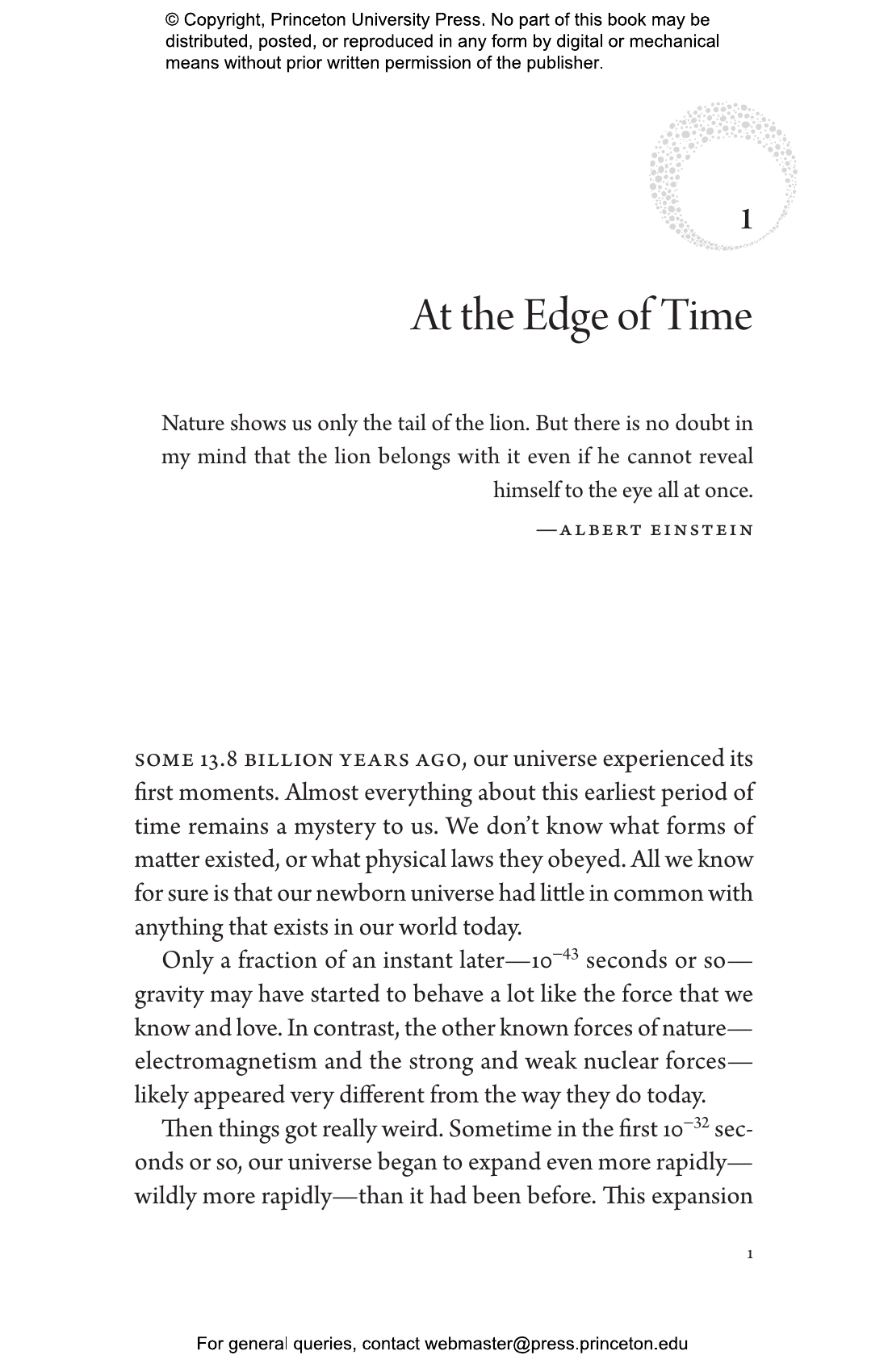 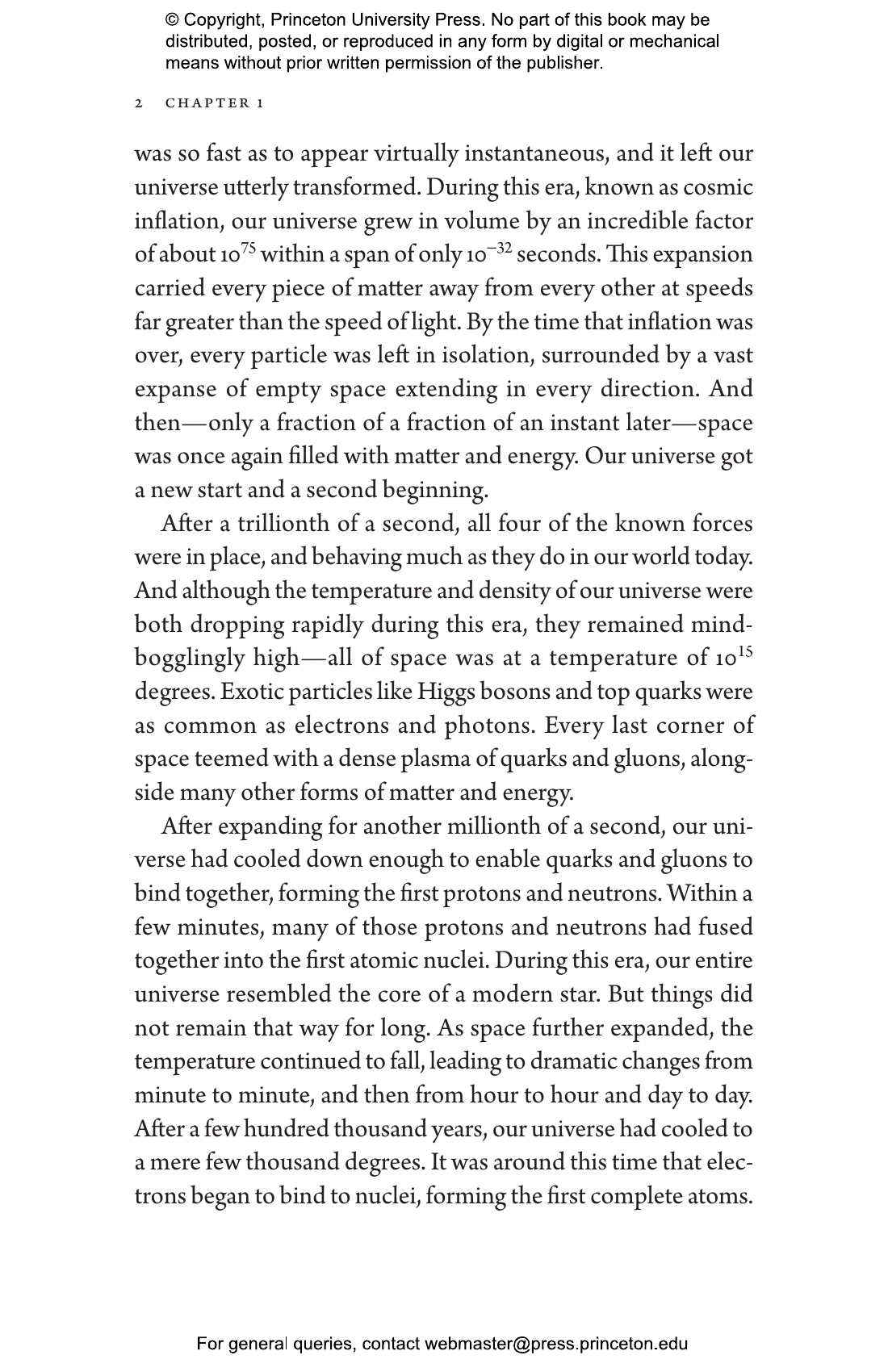 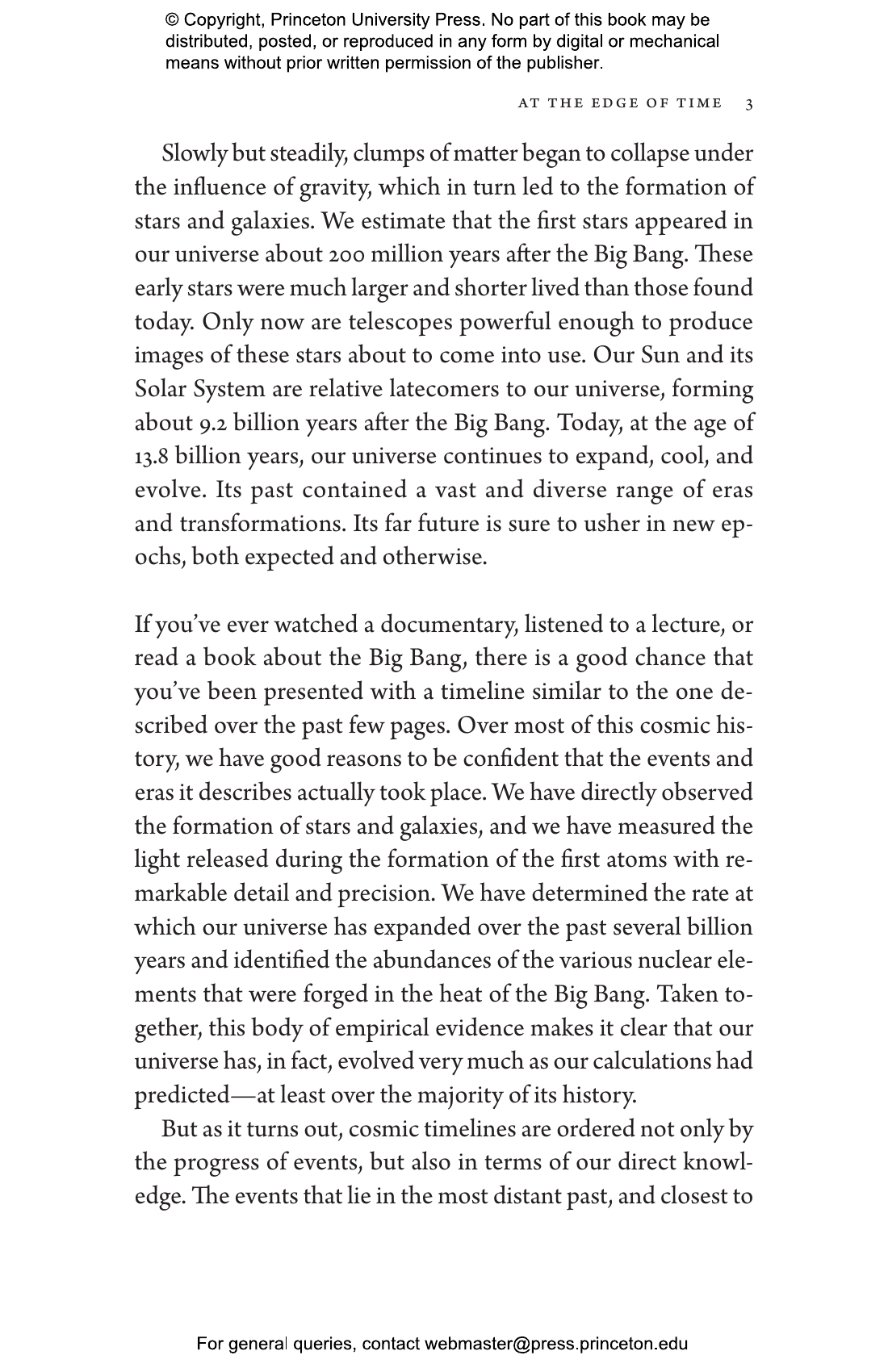 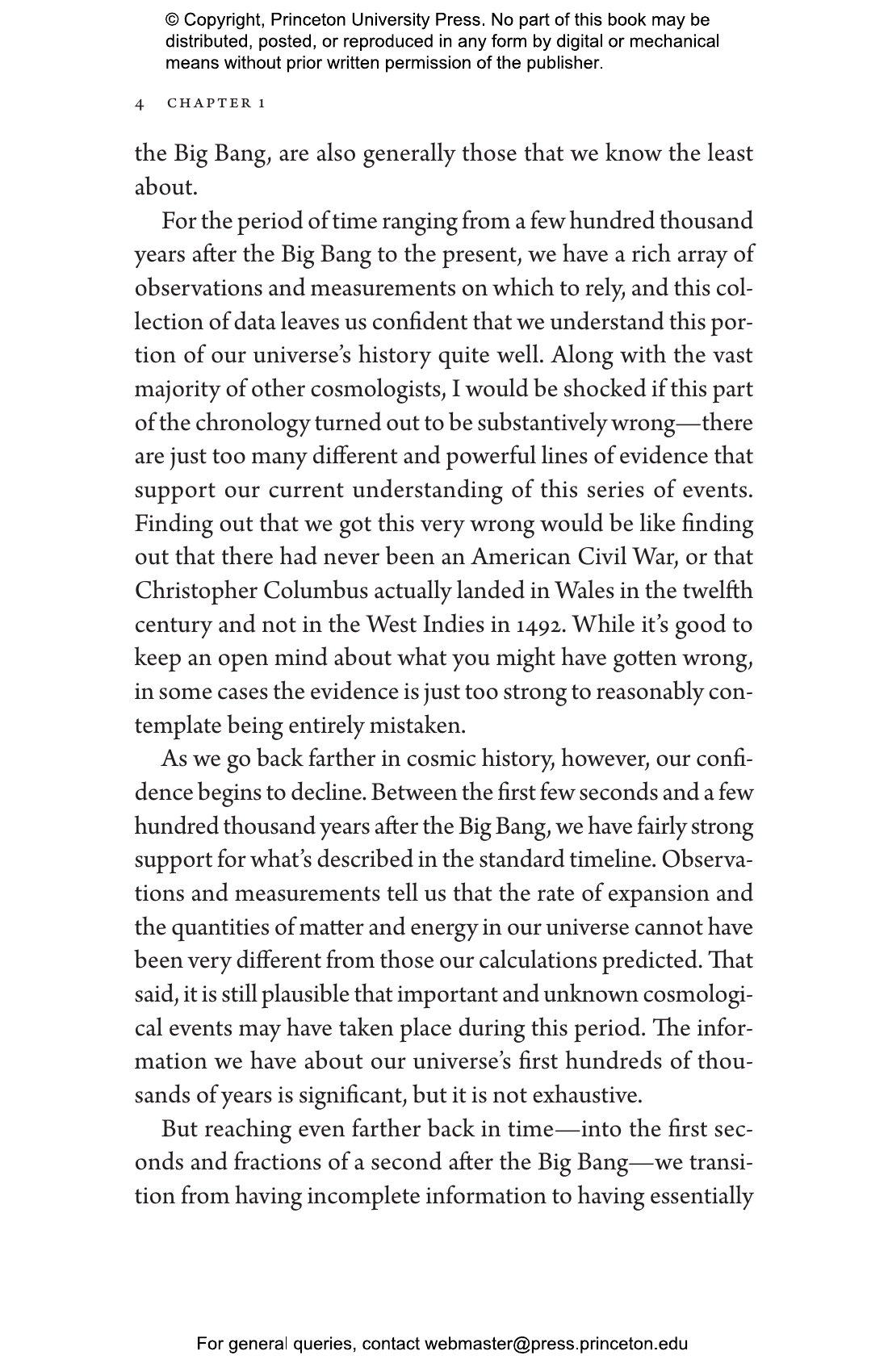 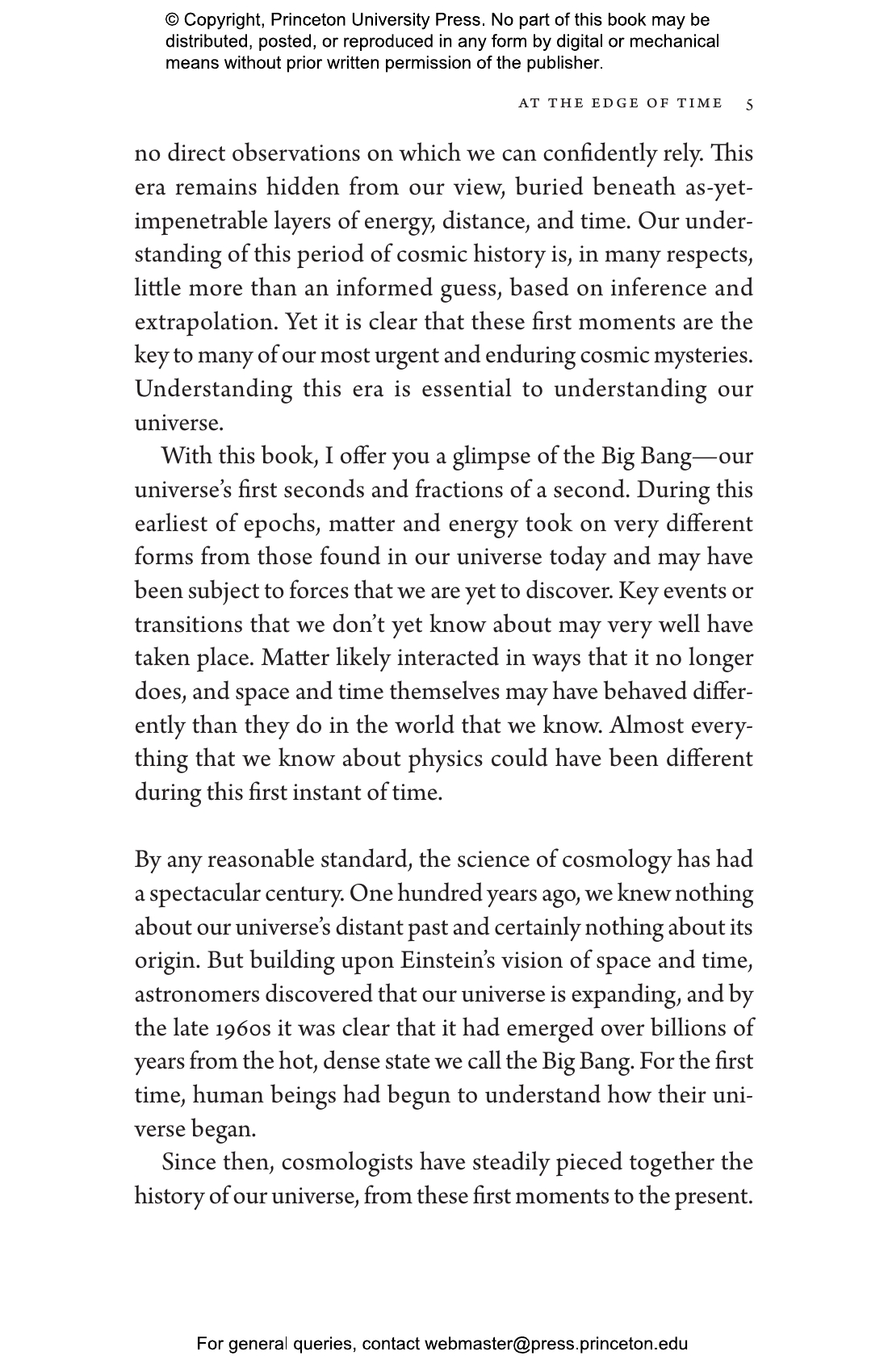 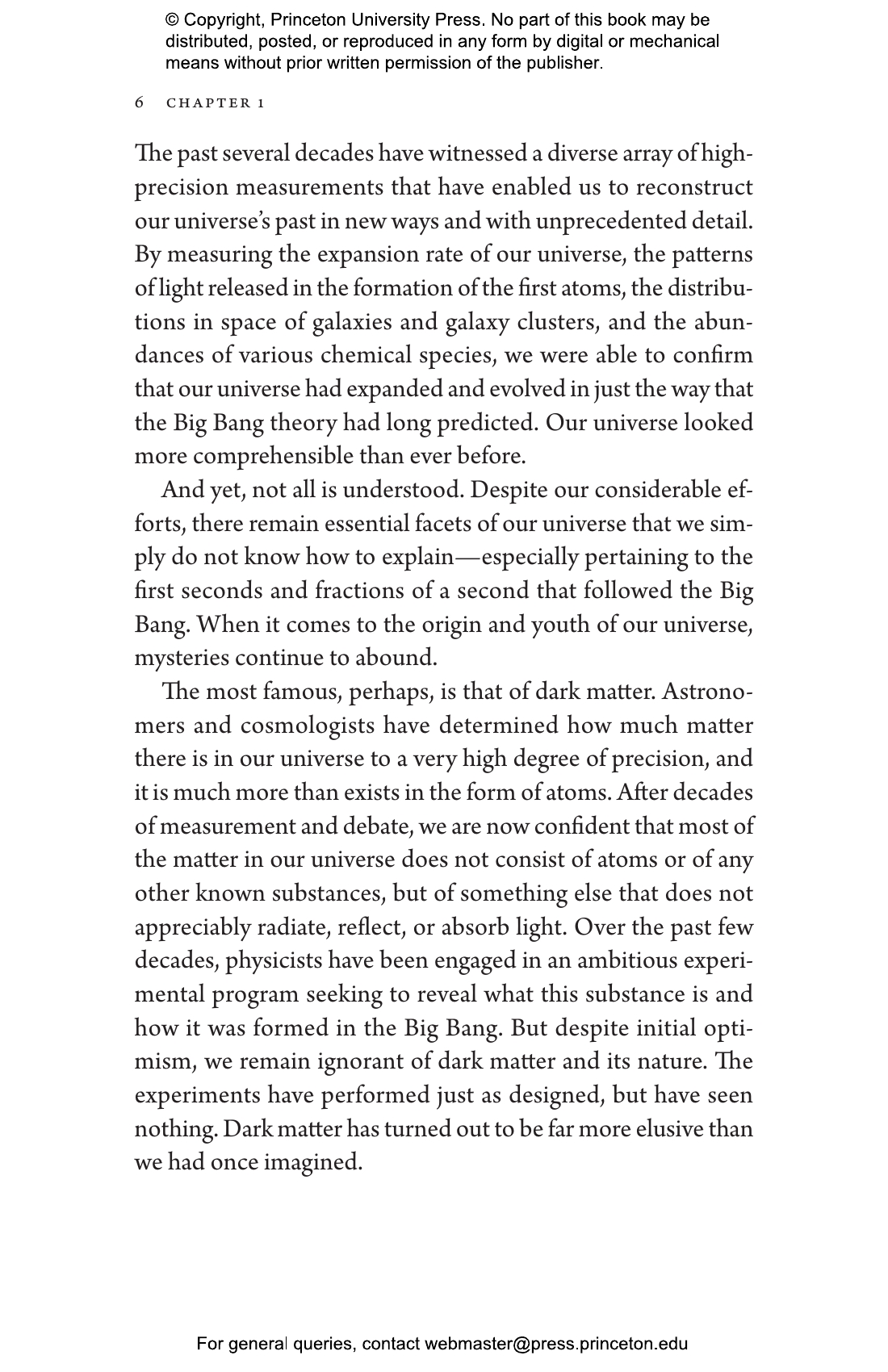 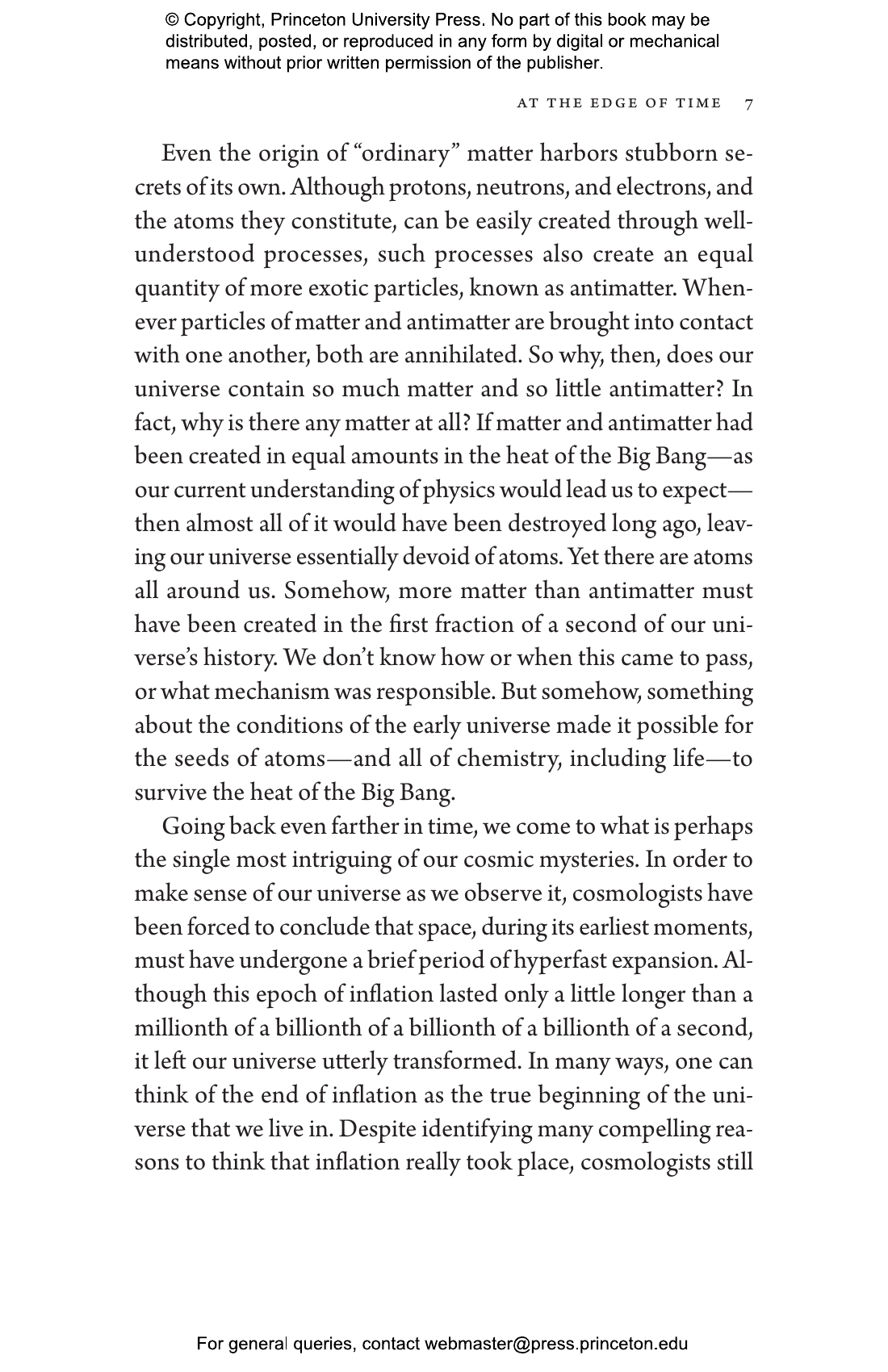 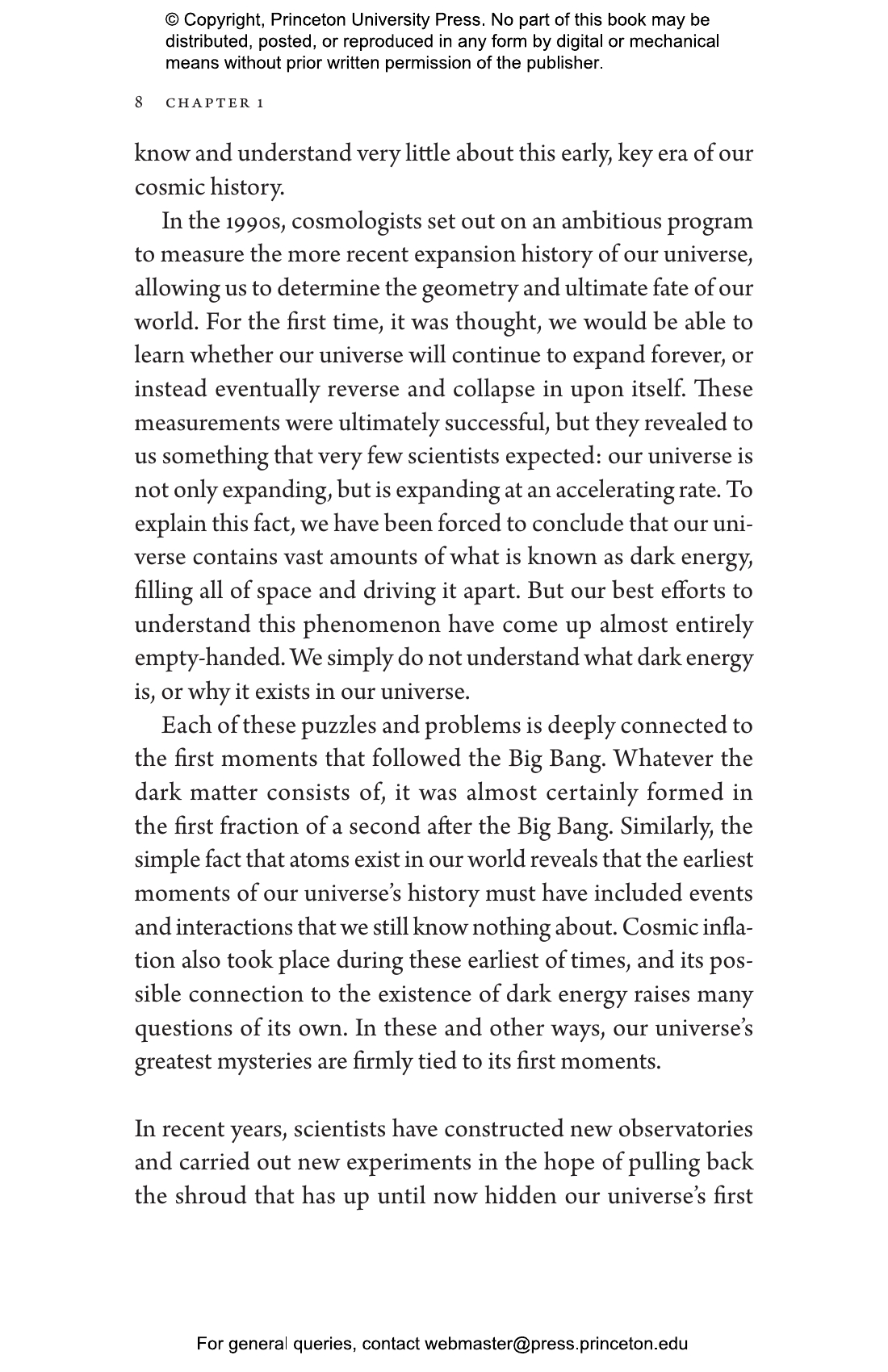 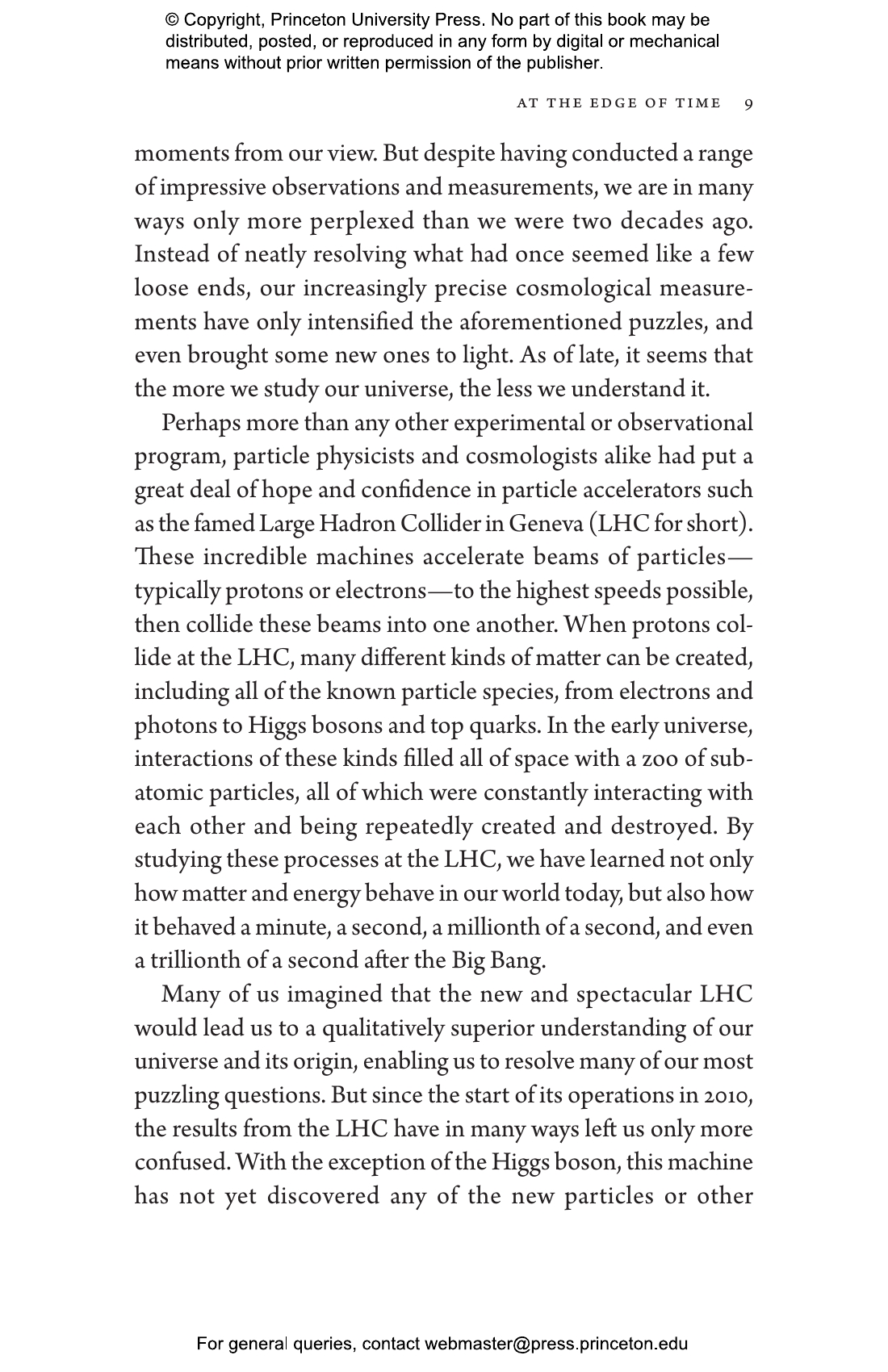 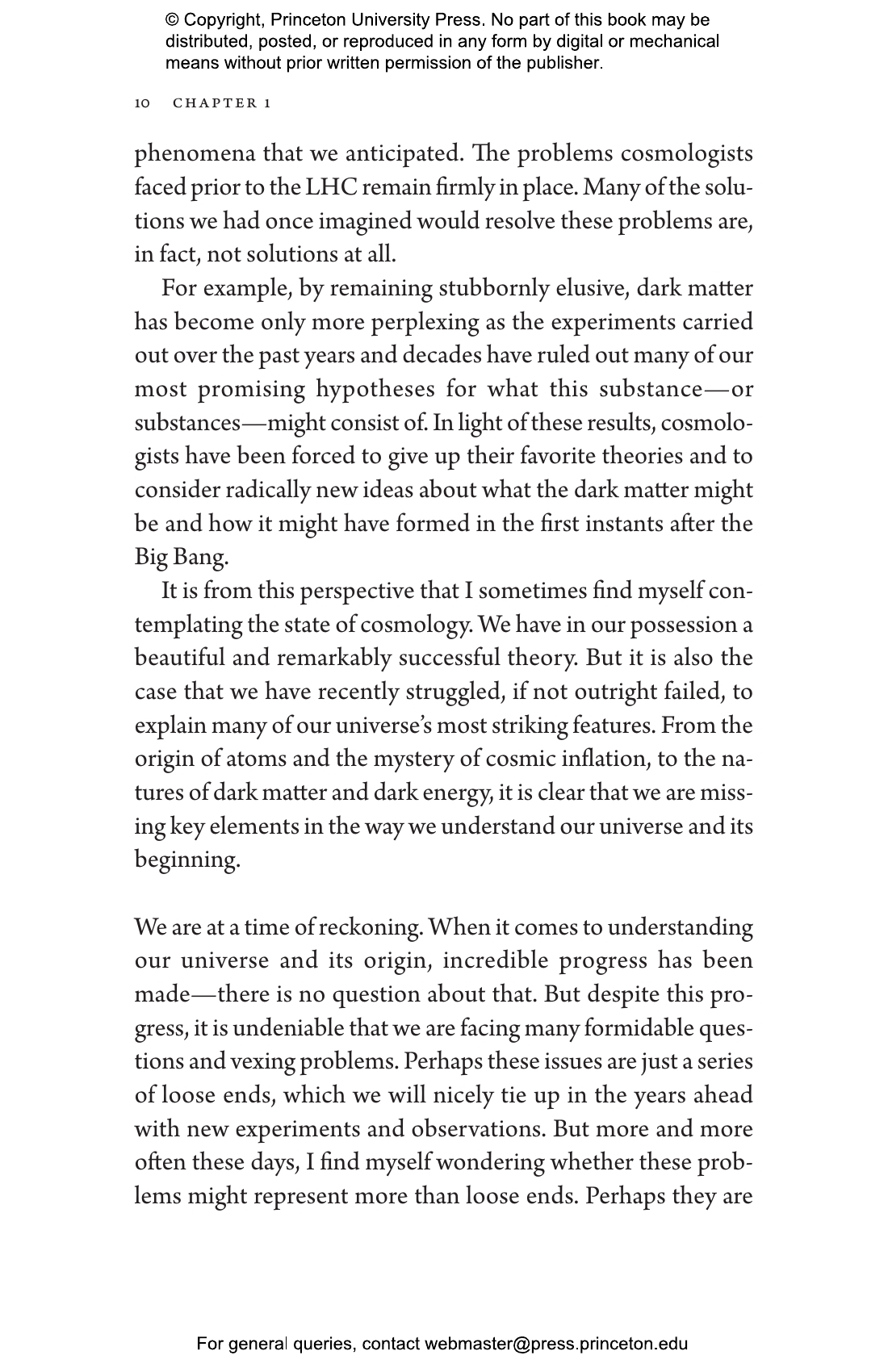 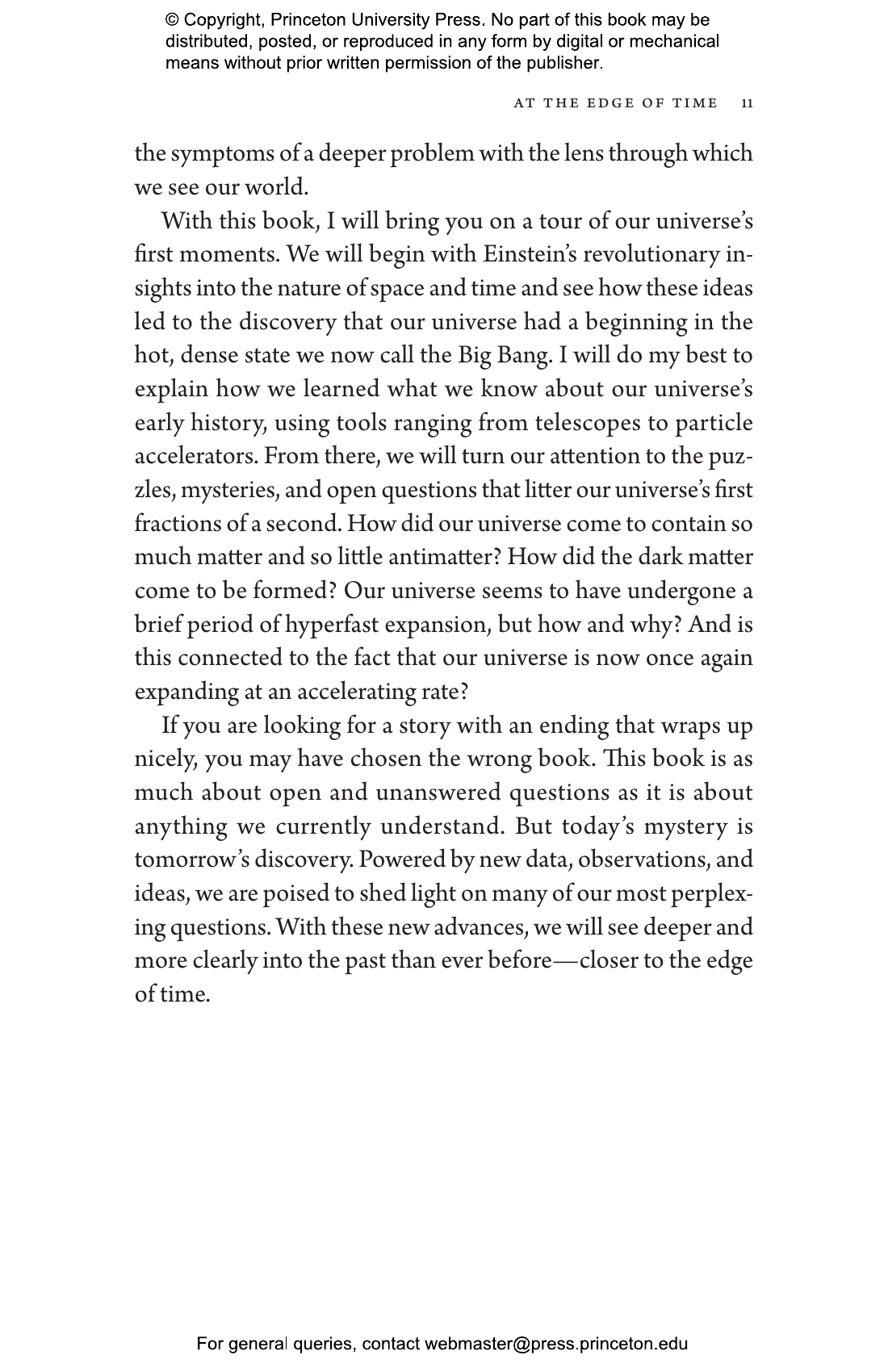 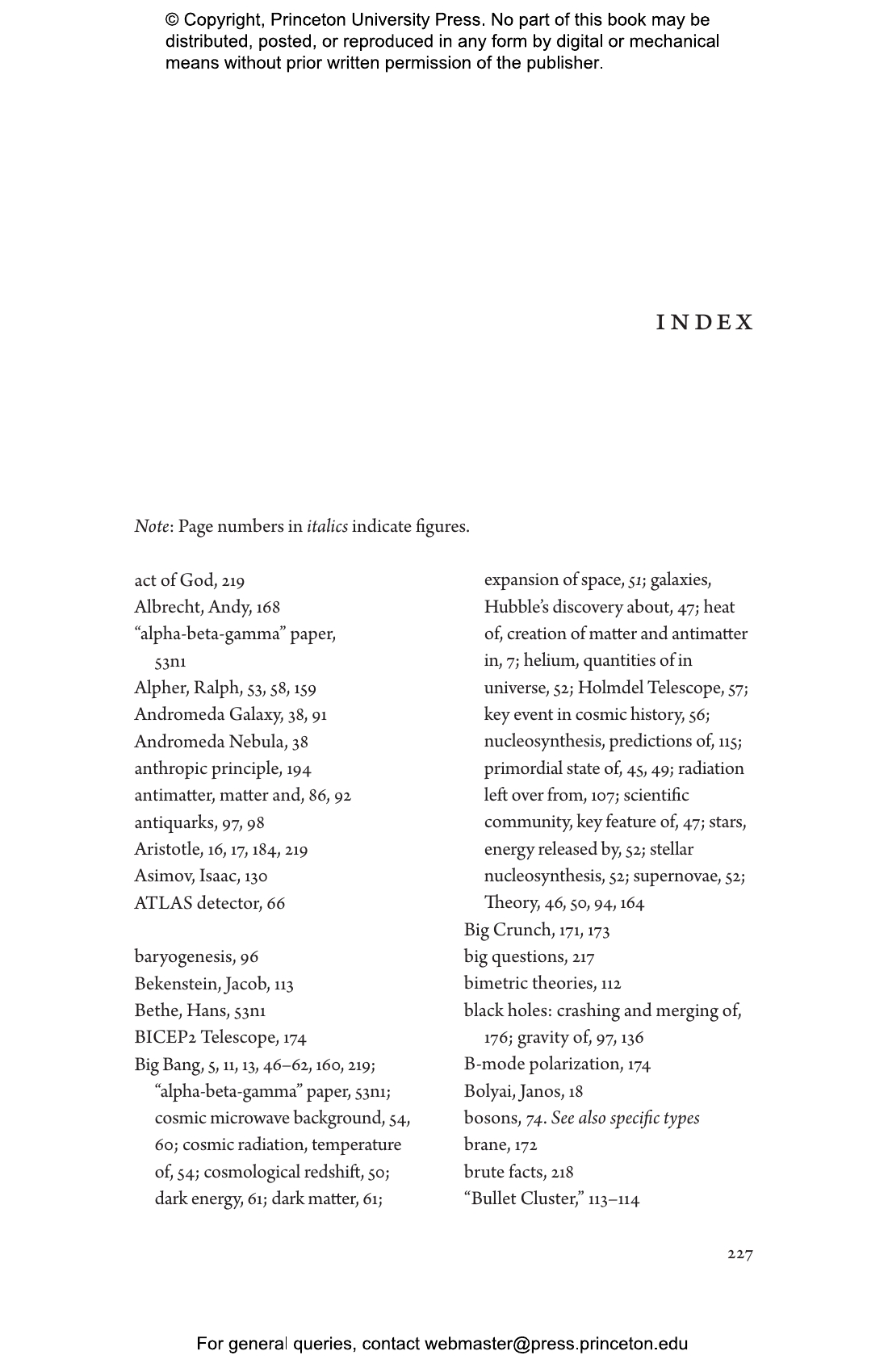 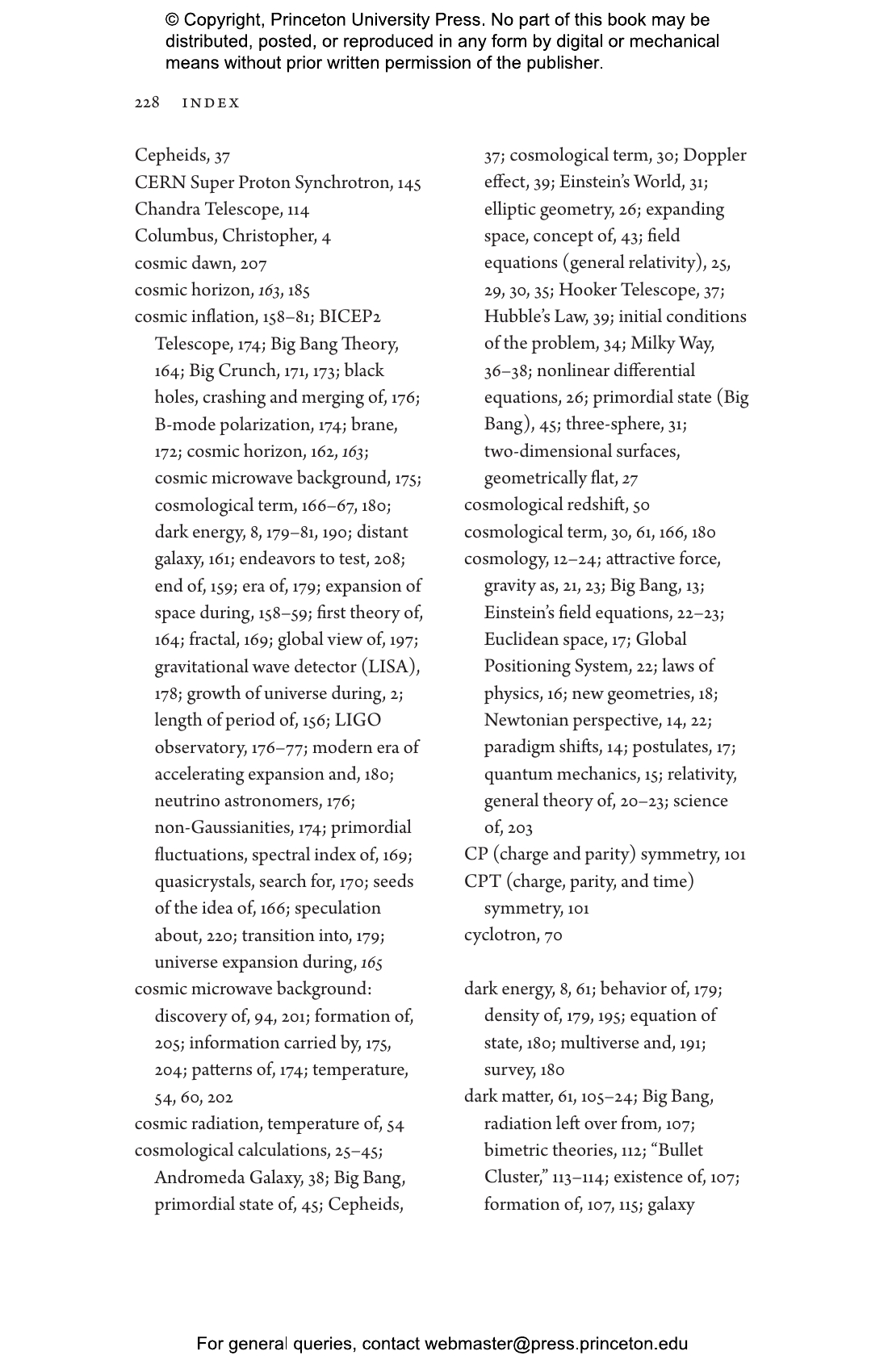 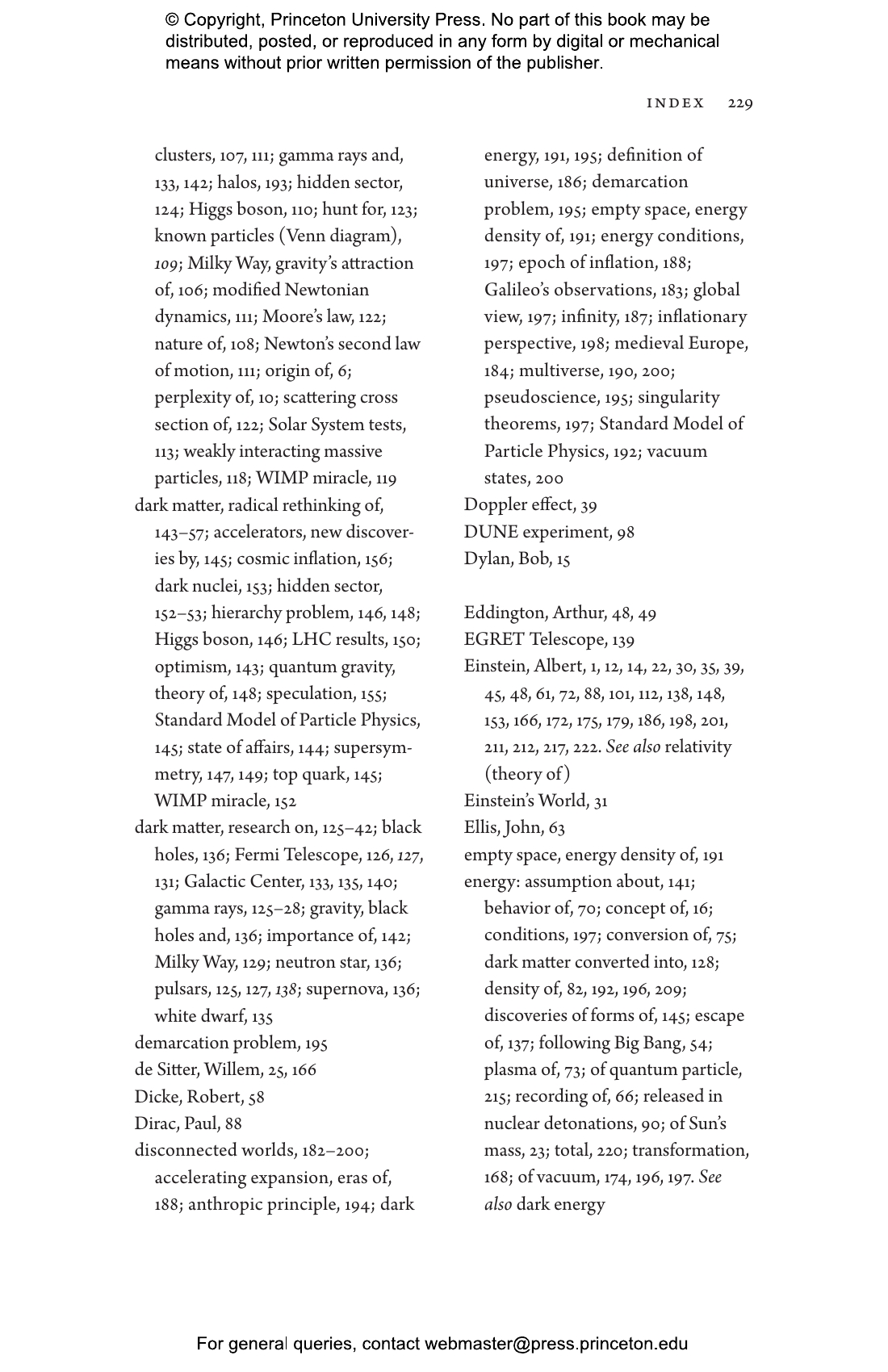 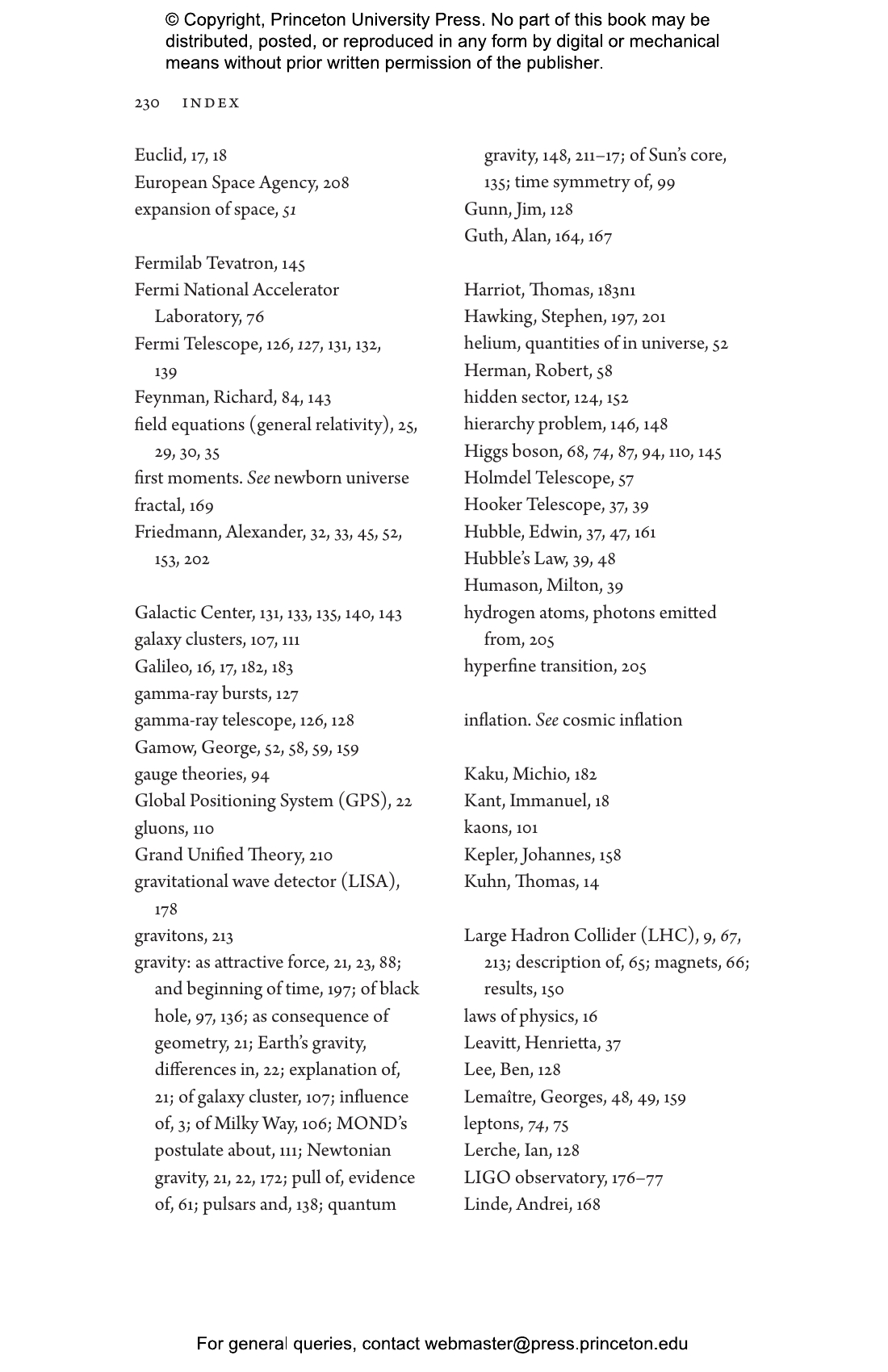 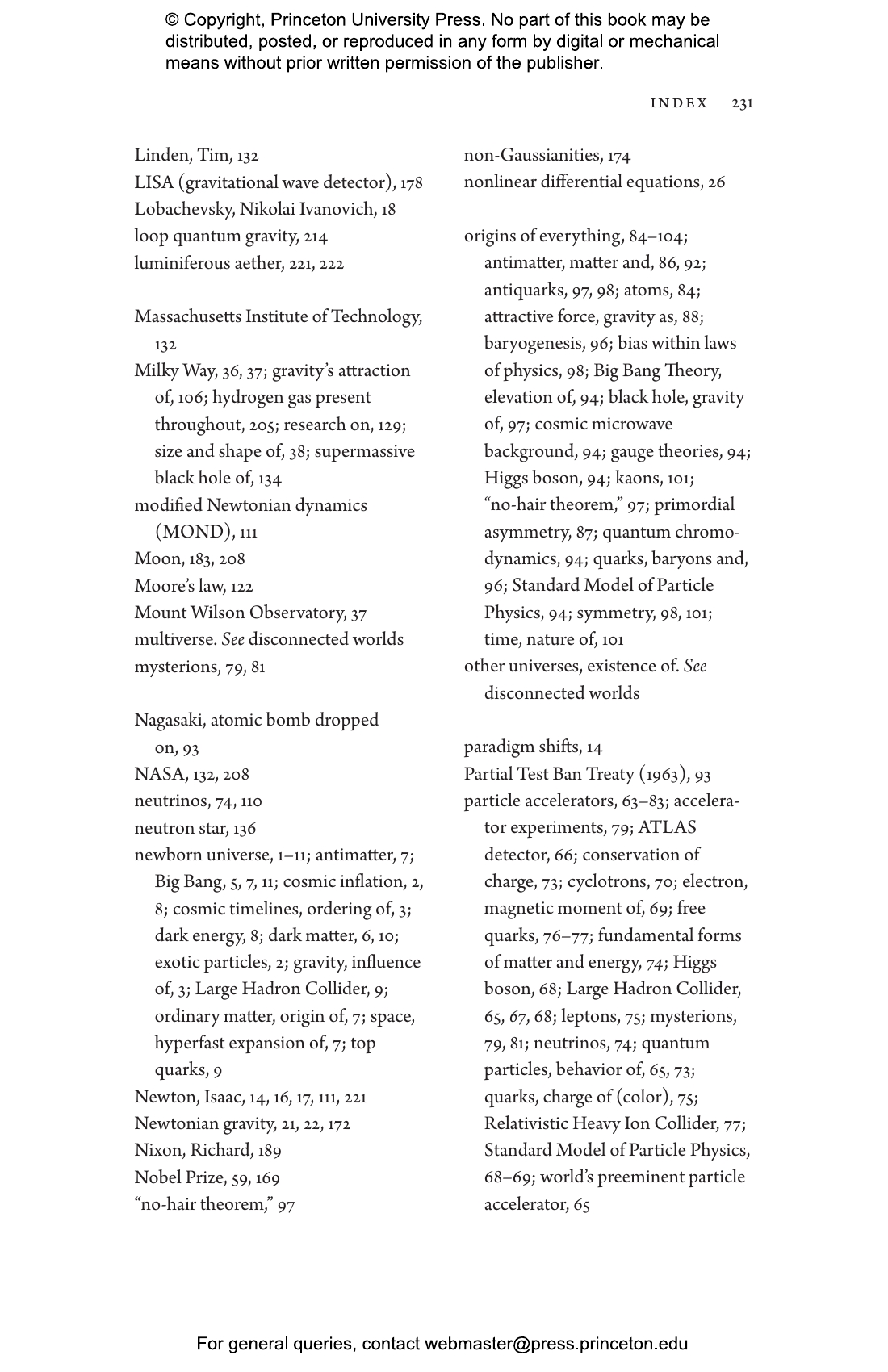 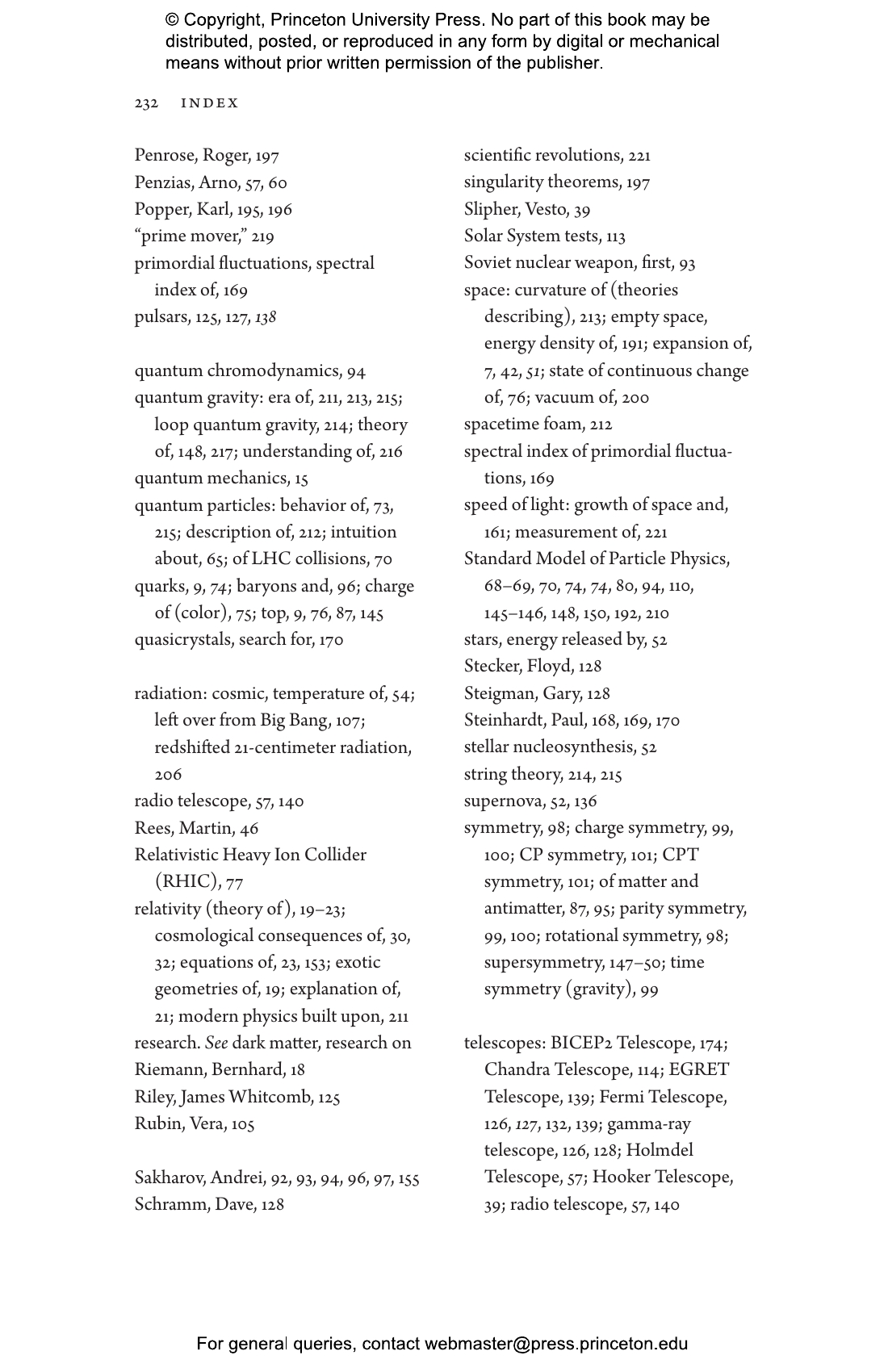 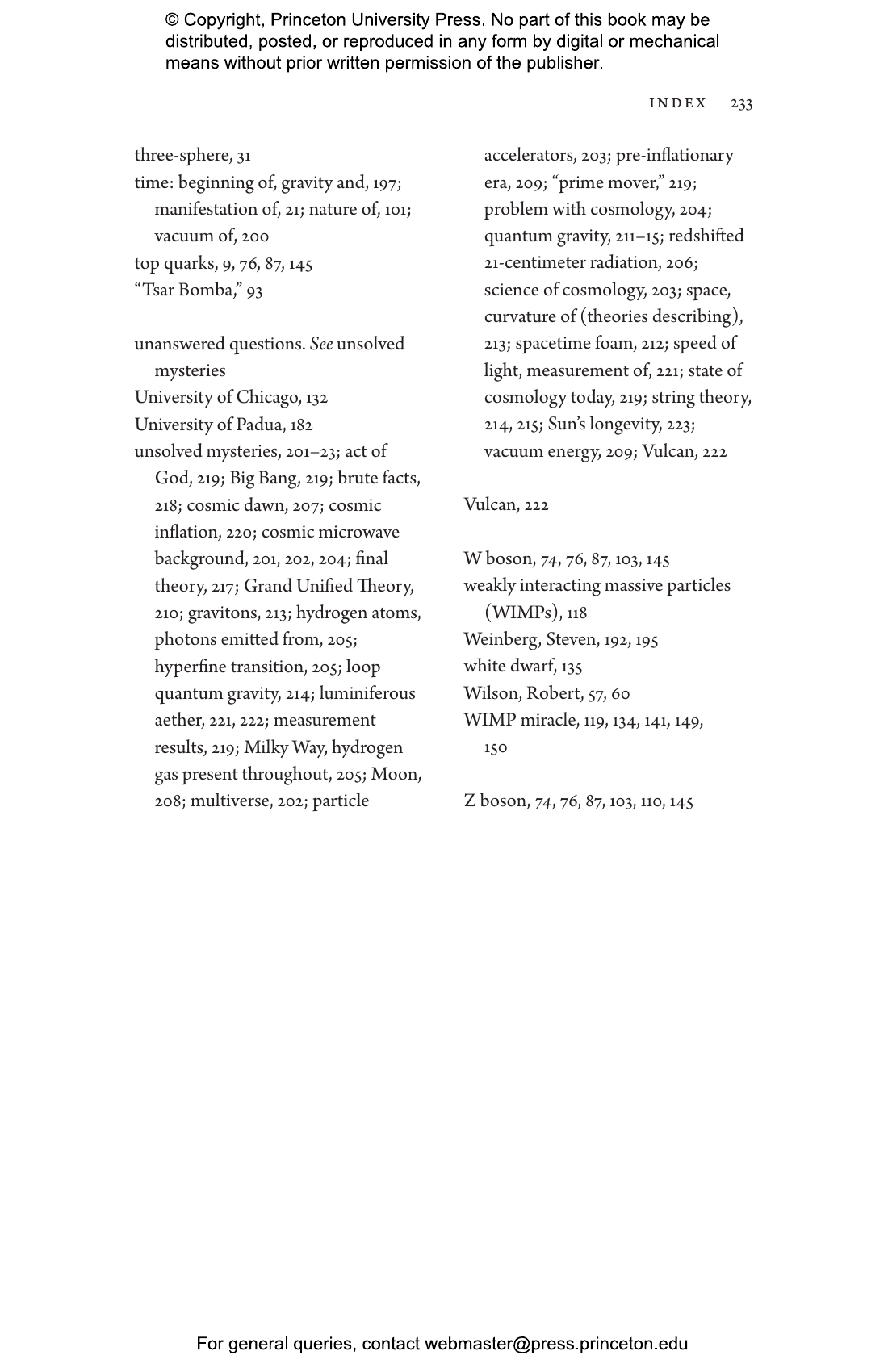 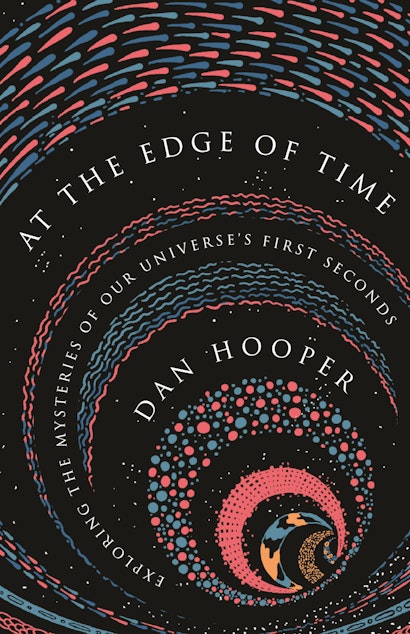 Scientists in recent decades have made crucial discoveries about how our cosmos evolved over the past 13.8 billion years. But we still know little about what happened in the first seconds after the Big Bang. At the Edge of Time focuses on what we have learned and are striving to understand about this mysterious period at the beginning of cosmic history. Delving into the remarkable science of cosmology, Dan Hooper describes many of the extraordinary questions that scientists are asking about the origin and nature of our world. Hooper examines how the Large Hadron Collider and other experiments re-create the conditions of the Big Bang, how we may finally discover the way dark matter was formed during our universe’s first moments, and how, with new telescopes, we are lifting the veil on the era of cosmic inflation. At the Edge of Time presents an accessible investigation of our universe and its birth.

Dan Hooper is a senior scientist and the head of the Theoretical Astrophysics Group at the Fermi National Accelerator Laboratory and a professor of astronomy and astrophysics at the University of Chicago. Twitter @DanHooperAstro 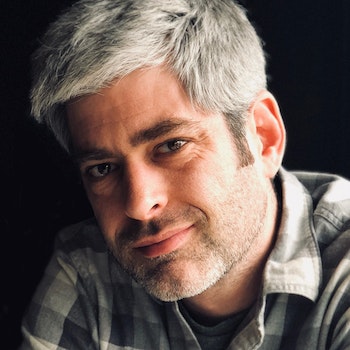 "[An] informed introduction to 'the mysteries of our universe’s first seconds.'"—Andrew Robinson, Nature

"Scientists know precious little about what happened when the universe got its start: many cosmologists think space and time underwent an extremely rapid expansion called inflation. . . . Hooper takes readers on a mind-bending expedition through these questions and shows how they all connect to the beginning."—Clara Moskowitz, Scientific American

"If you're mystified and curious about the mysteries of the Universe . . . you won't want to miss this book."—Ethan Siegel, Forbes