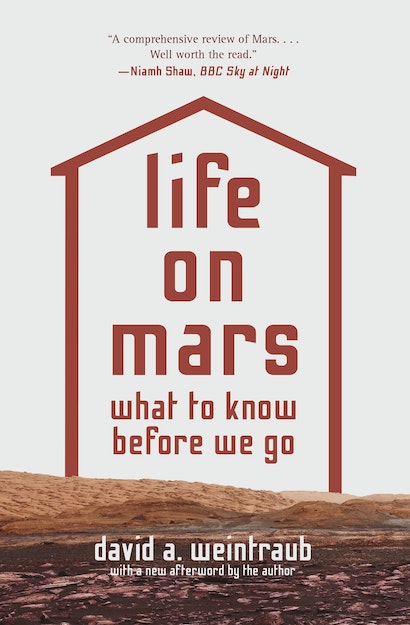 The search for life on Mars—and the moral issues confronting us as we prepare to send humans there
Does life exist on Mars? The question has captivated humans for centuries, but today it has taken on new urgency. As space agencies gear up to send the first manned missions to the Red Planet, we have a responsibility to think deeply about what kinds of life may already dwell there—and whether we have the right to invite ourselves in. Telling the complete story of our ongoing quest to answer one of the most tantalizing questions in astronomy, David Weintraub grapples with the profound moral and ethical questions confronting us as we prepare to introduce an unpredictable new life form—ourselves—into the Martian biosphere. Now with an afterword that discusses the most recent discoveries, Life on Mars explains what we need to know before we go.

David A. Weintraub is professor of astronomy at Vanderbilt University. His books include Religions and Extraterrestrial Life and How Old Is the Universe? (Princeton).

“A comprehensive review of Mars. . . . Well worth the read.”—Niamh Shaw, BBC Sky at Night

"The search for life on Mars is one of the great quests of our time. If you want to know where it stands today, read Weintraub's fine book."—Robert Zubrin, president of the Mars Society