The classic account of the structure and evolution of the early universe from Nobel Prize–winning physicist P. J. E. Peebles 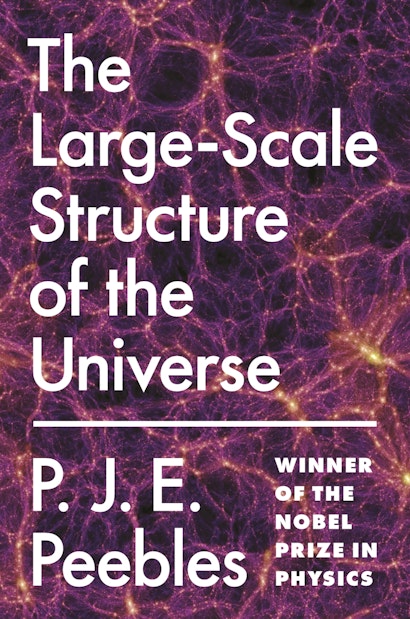 An instant landmark on its publication, The Large-Scale Structure of the Universe remains the essential introduction to this vital area of research. Written by one of the world’s most esteemed theoretical cosmologists, it provides an invaluable historical introduction to the subject, and an enduring overview of key methods, statistical measures, and techniques for dealing with cosmic evolution. With characteristic clarity and insight, P. J. E. Peebles focuses on the largest known structures—galaxy clusters—weighing the empirical evidence of the nature of clustering and the theories of how it evolves in an expanding universe. A must-have reference for students and researchers alike, this edition of The Large-Scale Structure of the Universe introduces a new generation of readers to a classic text in modern cosmology.

P. J. E. Peebles is a Nobel Prize–winning physicist whose books include Cosmology's Century, Principles of Physical Cosmology, and Quantum Mechanics (all Princeton). He is the Albert Einstein Professor of Science Emeritus in the Department of Physics at Princeton University.