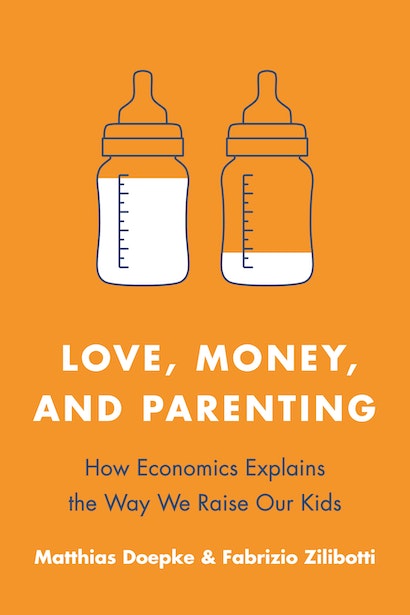 Love, Money, and Parenting investigates how economic forces shape how parents raise their children. In countries with increasing economic inequality, parents push harder to ensure their children have a path to security and success. In the United States, this force has transformed the hands-off parenting of the 60s and 70s into a frantic, overscheduled activity. Growing inequality has also resulted in an increasing “parenting gap” between richer and poorer families, raising the disturbing prospect of diminished social mobility. Drawing from the experiences of countries of high and low economic inequality, Matthias Doepke and Fabrizio Zilibotti discuss how changes to public policy can contribute to the ideal of equal opportunity for all.

"That’s the message of the book Love, Money and Parenting. . . . It’s true that high-octane, hardworking child-rearing has some pointless excesses, and it doesn’t spark joy for parents. But done right, it works for kids, not just in the United States but in rich countries around the world."—Pamela Druckerman, New York Times

"Why do so many seemingly sane people get over-involved with their kids? The answer is not that parents have collectively come unhinged, according to Love, Money and Parenting. . . . Parents today are rational economic actors responding to an increasingly unhinged environment."—Jenny Anderson, Quartz

"This is a book for every parent who is worrying about their 5-year-old's future career and every parent who wants to advocate for political changes to make parenting easier."—Patrick A. Coleman, Fatherly