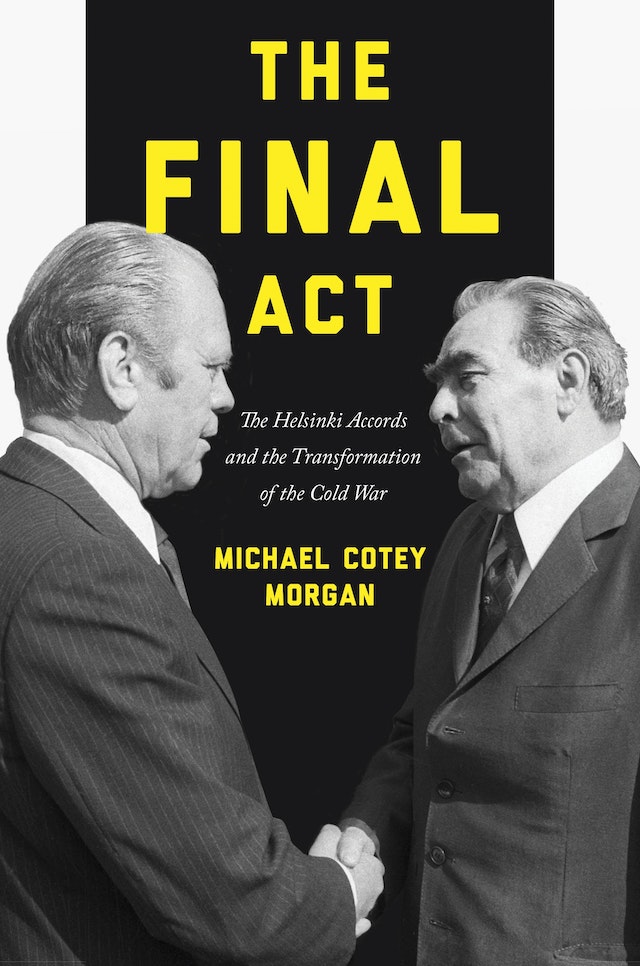 The Helsinki Final Act was a watershed of the Cold War. Signed by thirty-five European and North American leaders at a summit in Finland in the summer of 1975, the document presented a vision for peace based on common principles and cooperation across the Iron Curtain. The Final Act is the first in-depth history of the diplomatic saga that produced this important agreement. This gripping book explains the Final Act’s emergence from the parallel crises of the Soviet bloc and the West during the 1960s and the conflicting strategies that animated the negotiations. Drawing on research in eight countries and multiple languages, The Final Act shows how Helsinki provided a blueprint for ending the Cold War and building a new international order.

Michael Cotey Morgan is associate professor of history at the University of North Carolina at Chapel Hill.

"The most richly documented account of the negotiations."—Andrew Moravcsik, Foreign Affairs

"International history at its boldest. . . . Morgan's authoritative work will serve as a new touchstone for debates about how soft power and normative influences catalysed the revolutionary convulsions from which a new world order would arise after 1989."—Jonathan Hunt, H-Diplo