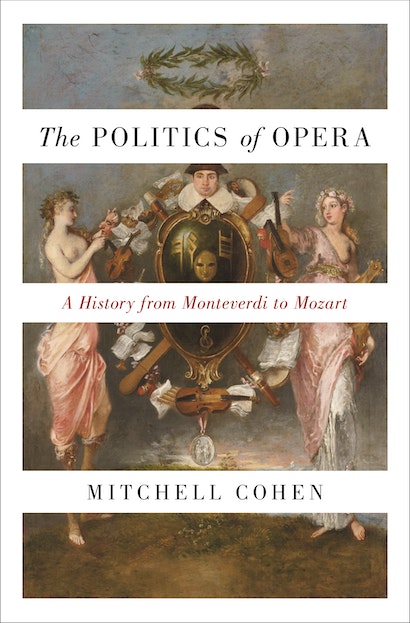 The Politics of Opera takes readers on a fascinating journey into the entwined development of opera and politics, from the Renaissance through the turn of the nineteenth century. What political backdrops have shaped opera? How has opera conveyed the political ideas of its times? Delving into European history and thought and music by such greats as Monteverdi, Lully, Rameau, and Mozart, Mitchell Cohen reveals how politics—through story lines, symbols, harmonies, and musical motifs—has played an operatic role both robust and sotto voce. This is an engrossing book that will interest all who love opera and are intrigued by politics.

Mitchell Cohen is professor of political science at Baruch College and the Graduate Center of the City University of New York and coeditor emeritus of Dissent magazine. His books include Zion and State and The Wager of Lucien Goldmann (Princeton).

"The Politics of Opera . . . has boldly placed Machiavelli and early modern political theory at the center of the early history of opera."—Larry Wolff, New York Review of Books

"Cohen brings a music lover’s avidity and scholar’s lucidity to the ever-changing relationship between the operatic stage and the political world. His invigorating book gives art and ideology their due—a rare achievement."—Jed Perl, author of Magicians and Charlatans

"When Mitchell Cohen sees and hears an opera, he sees and hears a lot. . . . [He] reveals layer upon layer, politically, socially and historically."—Jay Nordlinger, Weekly Standard

"A tour de force."—Julie Otsuka, author of The Buddha in the Attic