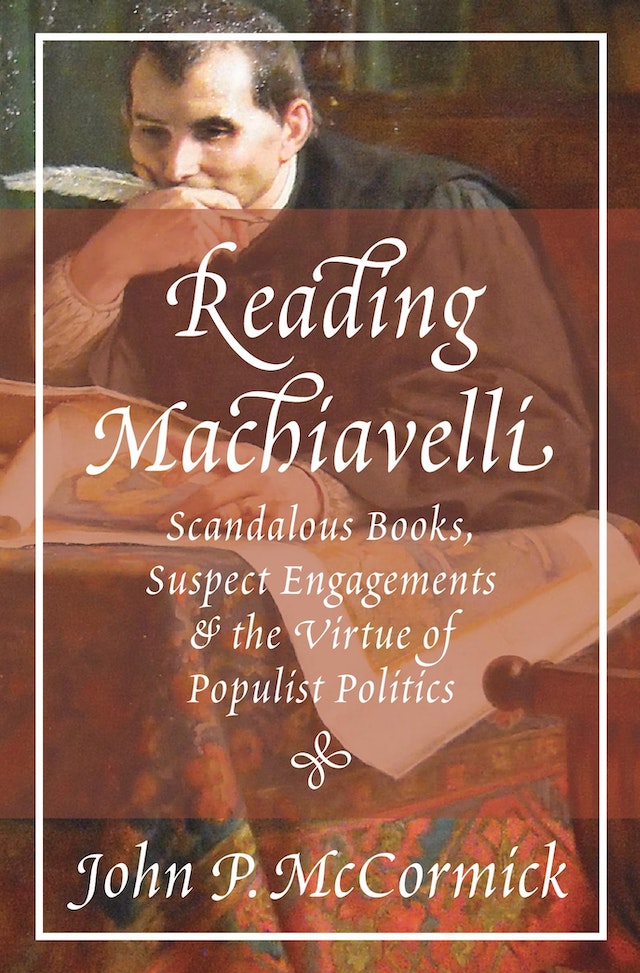 To what extent was Niccolò Machiavelli a “Machiavellian”? Was he an amoral adviser of tyranny or a stalwart partisan of liberty? A neutral technician of power politics or a devout Italian patriot? A reviver of pagan virtue or initiator of modern nihilism? Reading Machiavelli answers these questions through original interpretations of Machiavelli’s three major political works—The Prince, Discourses, and Florentine Histories—and demonstrates that a radically democratic populism seeded the Florentine’s scandalous writings. John McCormick challenges the misguided understandings of Machiavelli set forth by prominent thinkers, including Jean-Jacques Rousseau and representatives of the Straussian and Cambridge schools, and he emphasizes the fundamental, often unacknowledged elements of a vibrant Machiavellian politics. Advancing fresh readings of Machiavelli’s work, this book presents a new outlook on how politics should be conceptualized and practiced.

John P. McCormick is professor of political science at the University of Chicago. His books include Weimar Thought (Princeton) and Machiavellian Democracy.

"Reading Machiavelli should both open minds and steel hearts, and I can think of no greater praise for an engaged political theorist."—Marc Stears, Theoria

"Like Machiavelli himself, McCormick writes in a fashion that rejects received wisdom, pulls no punches, and sheds remarkable new light on familiar themes."—David Lay Williams, Perspectives on Politics

"This analysis should be essential to any comprehensive treatment of the Florentine’s thought."—R. Heineman, Choice

"With a level of ingenuity and determination equal to that of his Straussian opponents, John McCormick finds a radical populist soul in the Machiavellian corpus."—Philip Pettit, author of Just Freedom

"John McCormick is a brilliant reader of Machiavelli’s rhetorical twists and turns, and skewering of conventional pieties."—Victoria Kahn, University of California, Berkeley