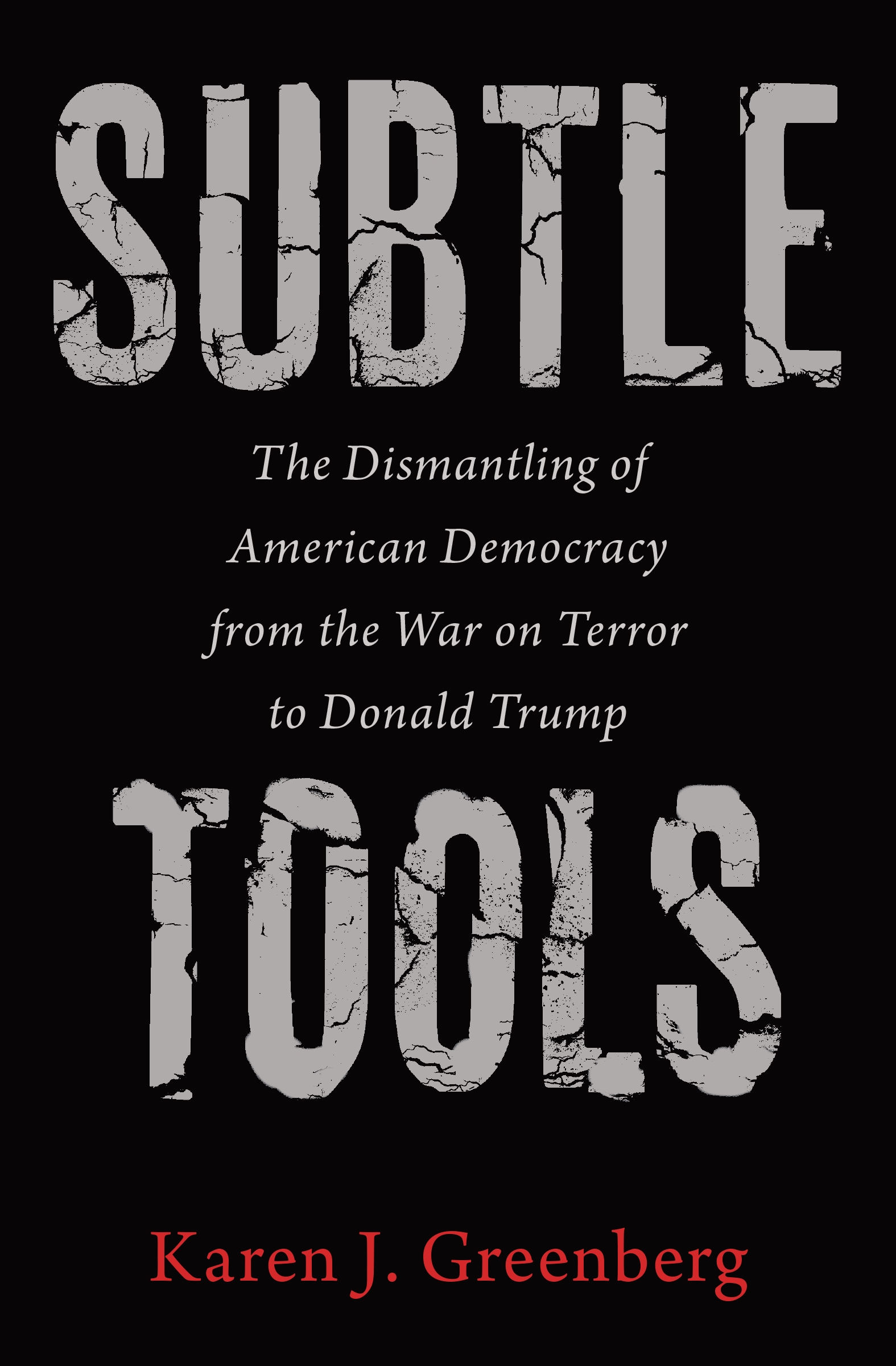 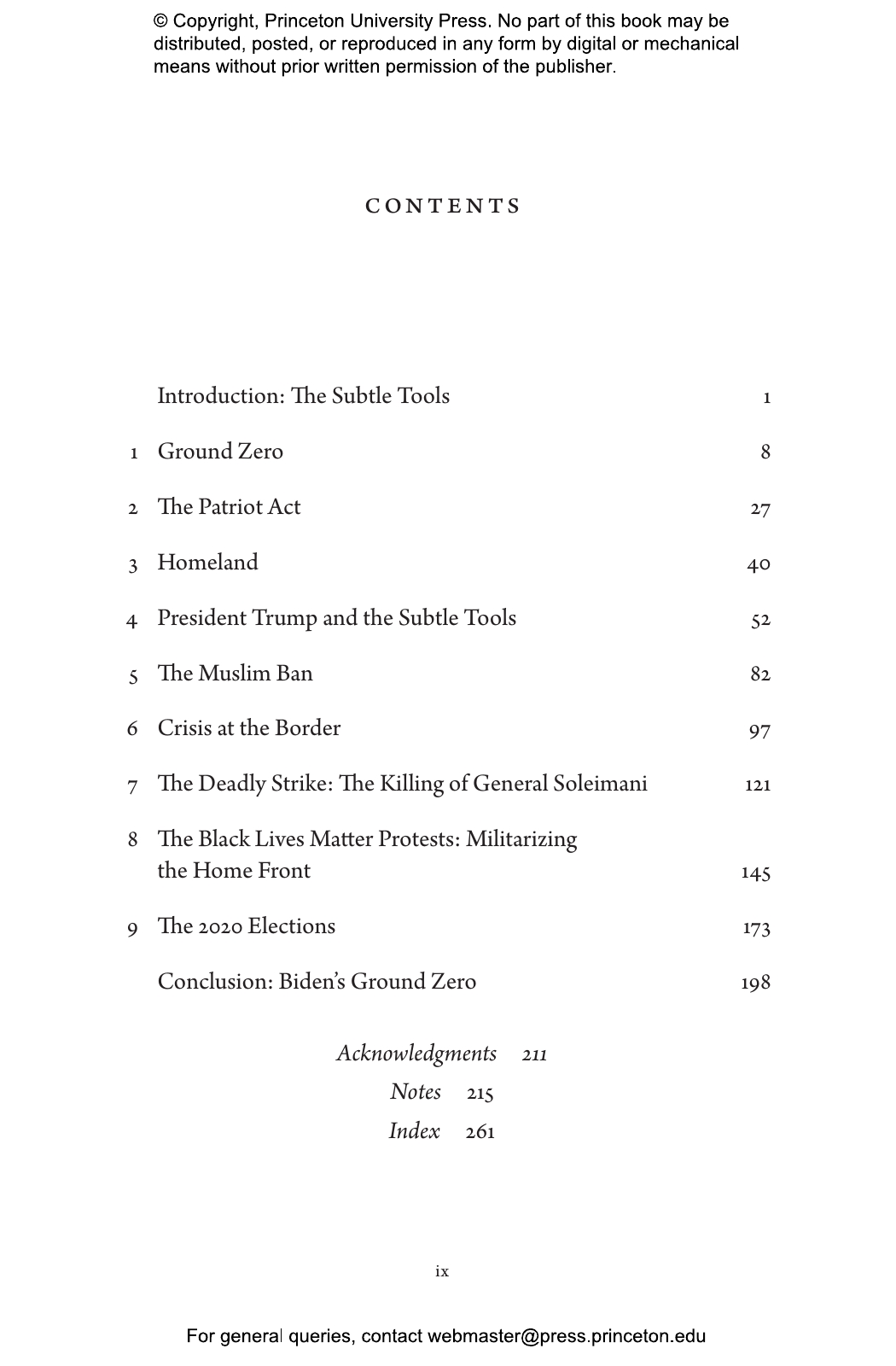 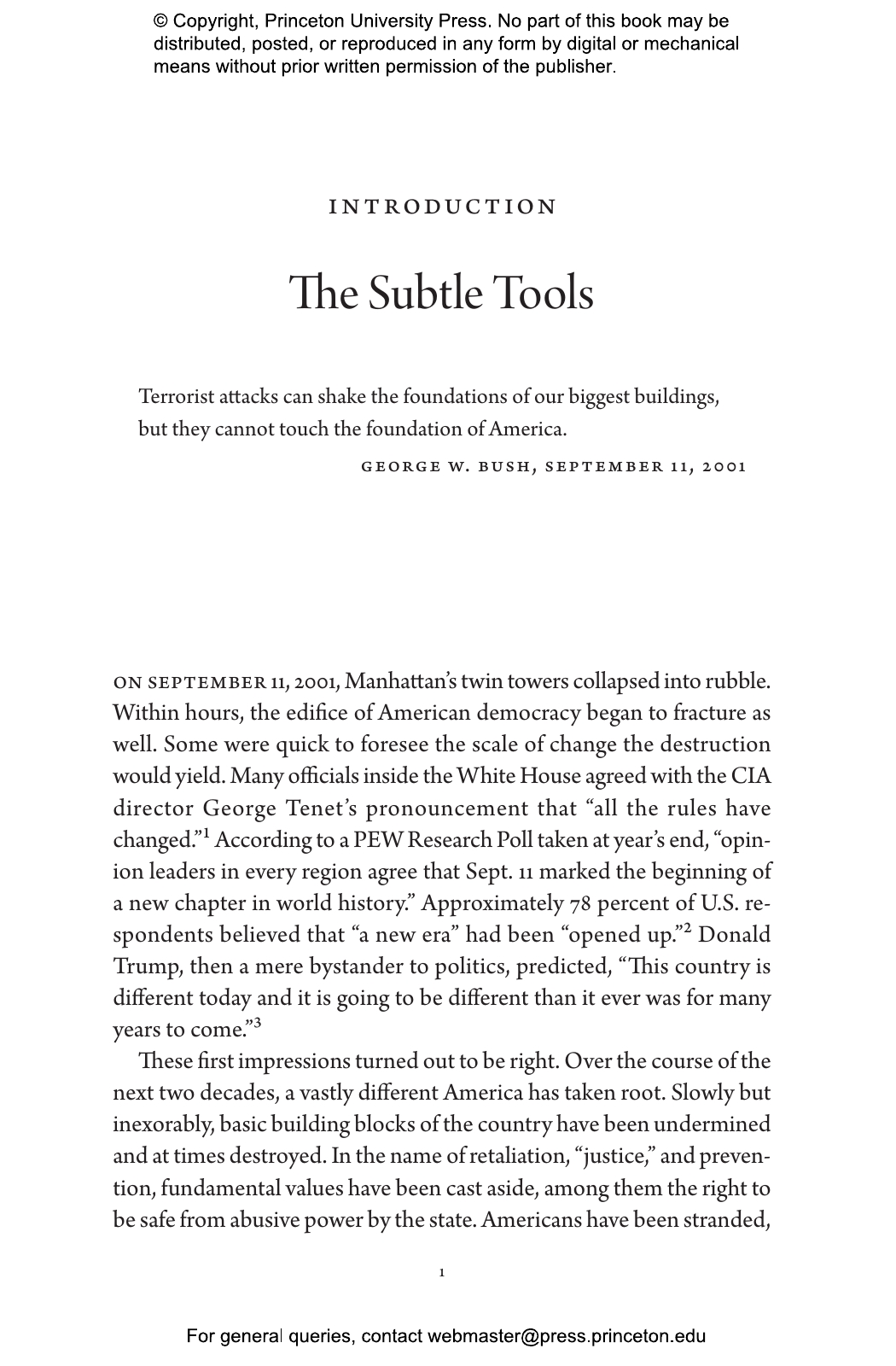 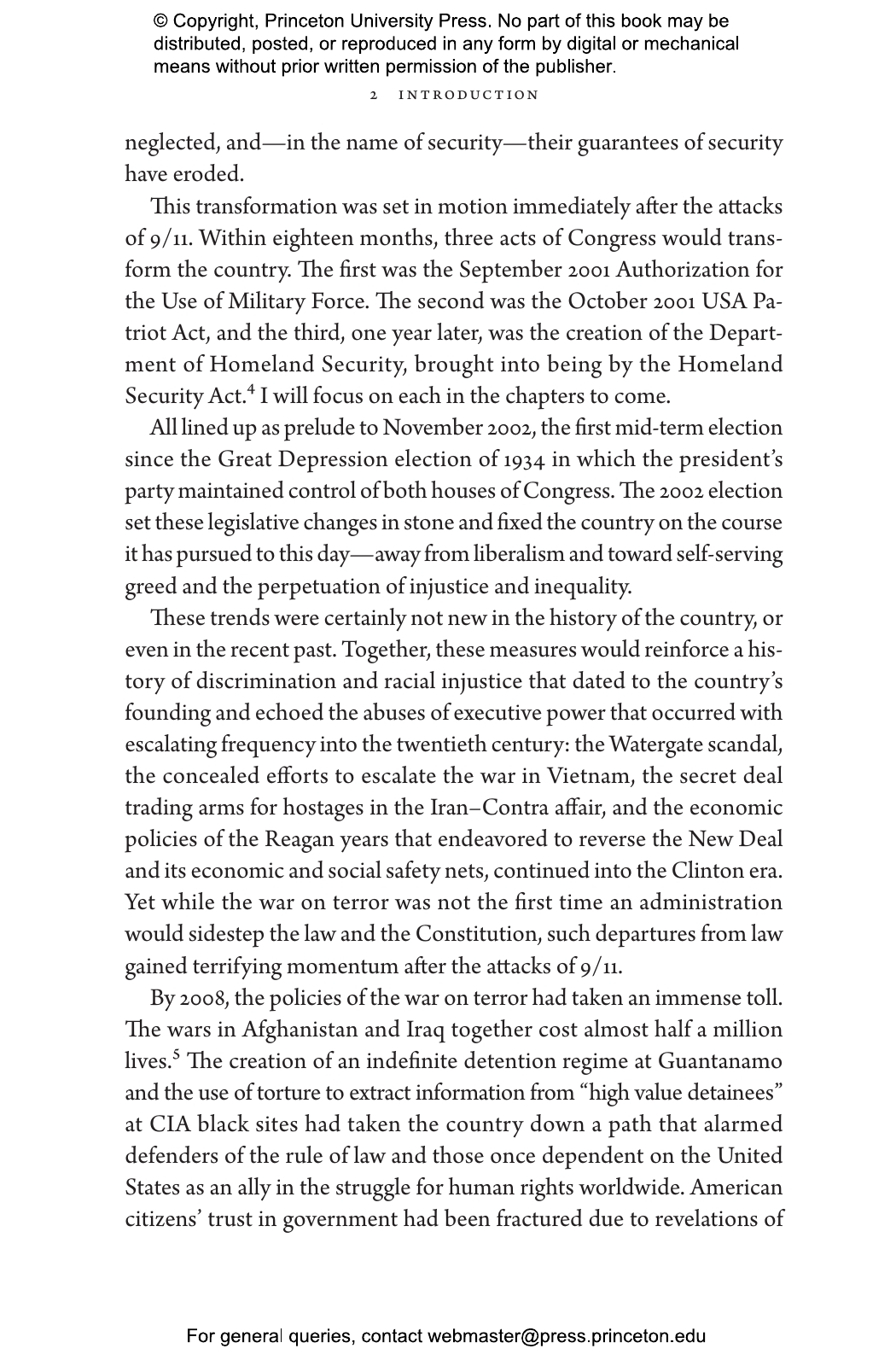 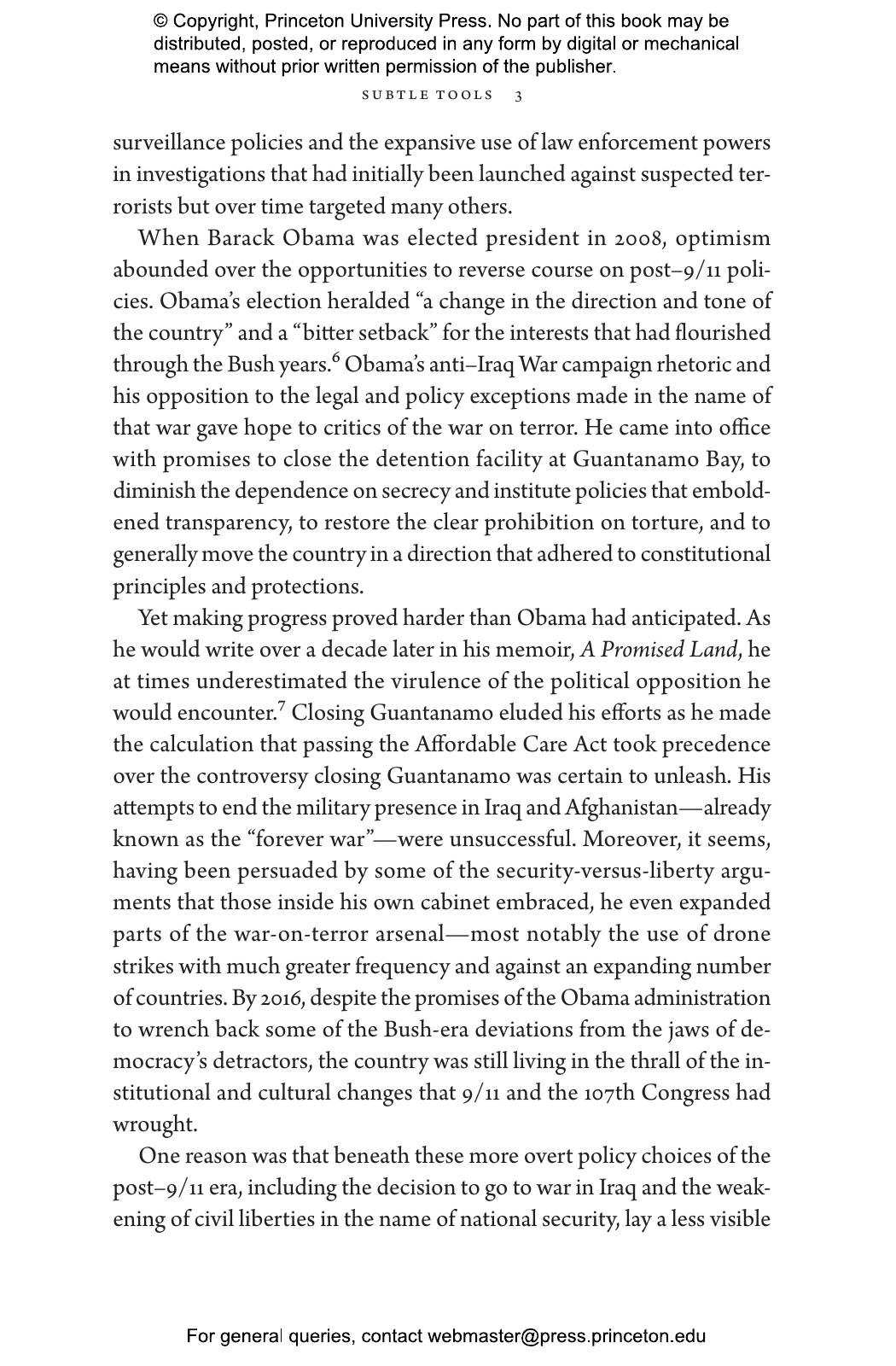 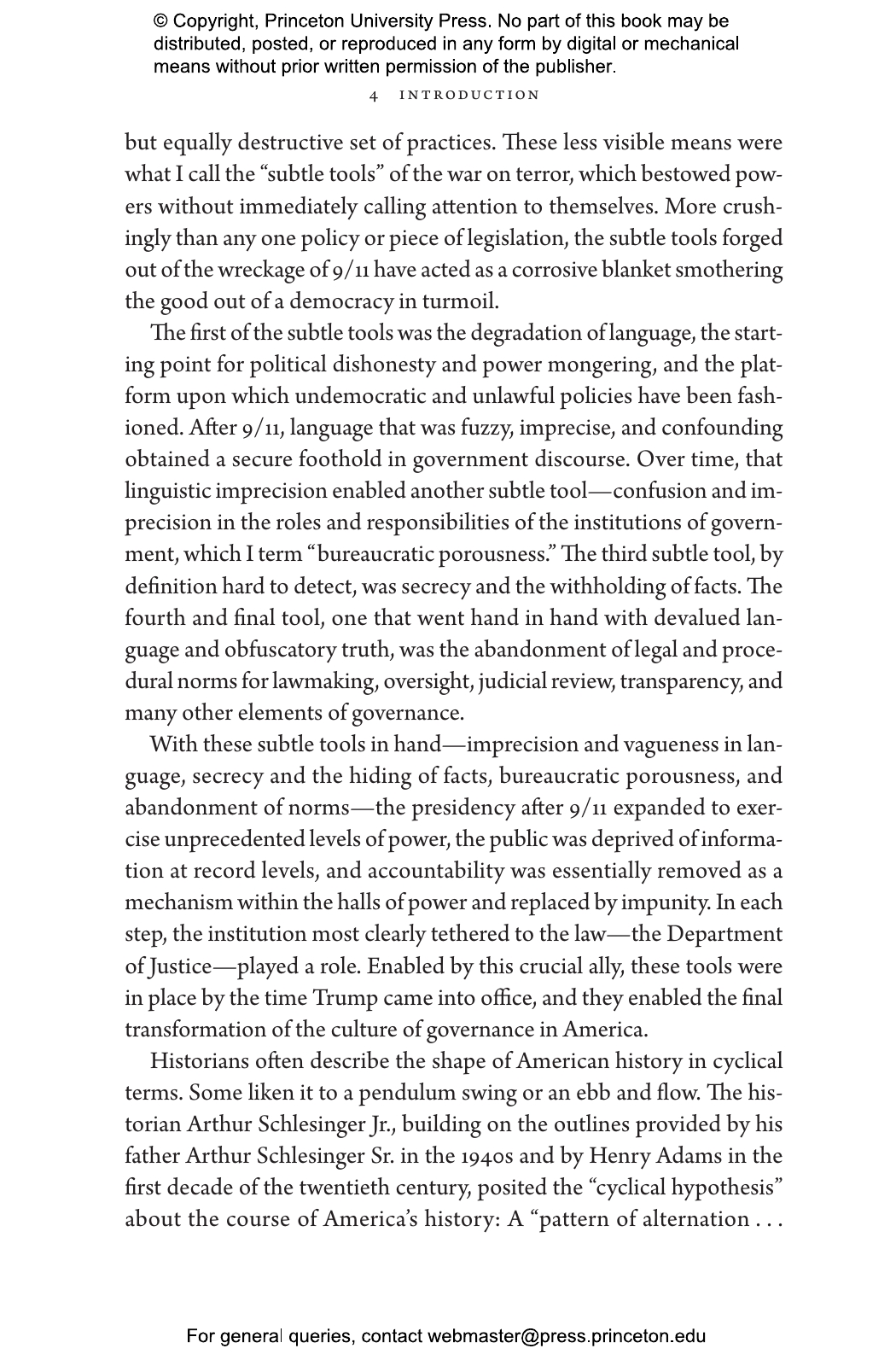 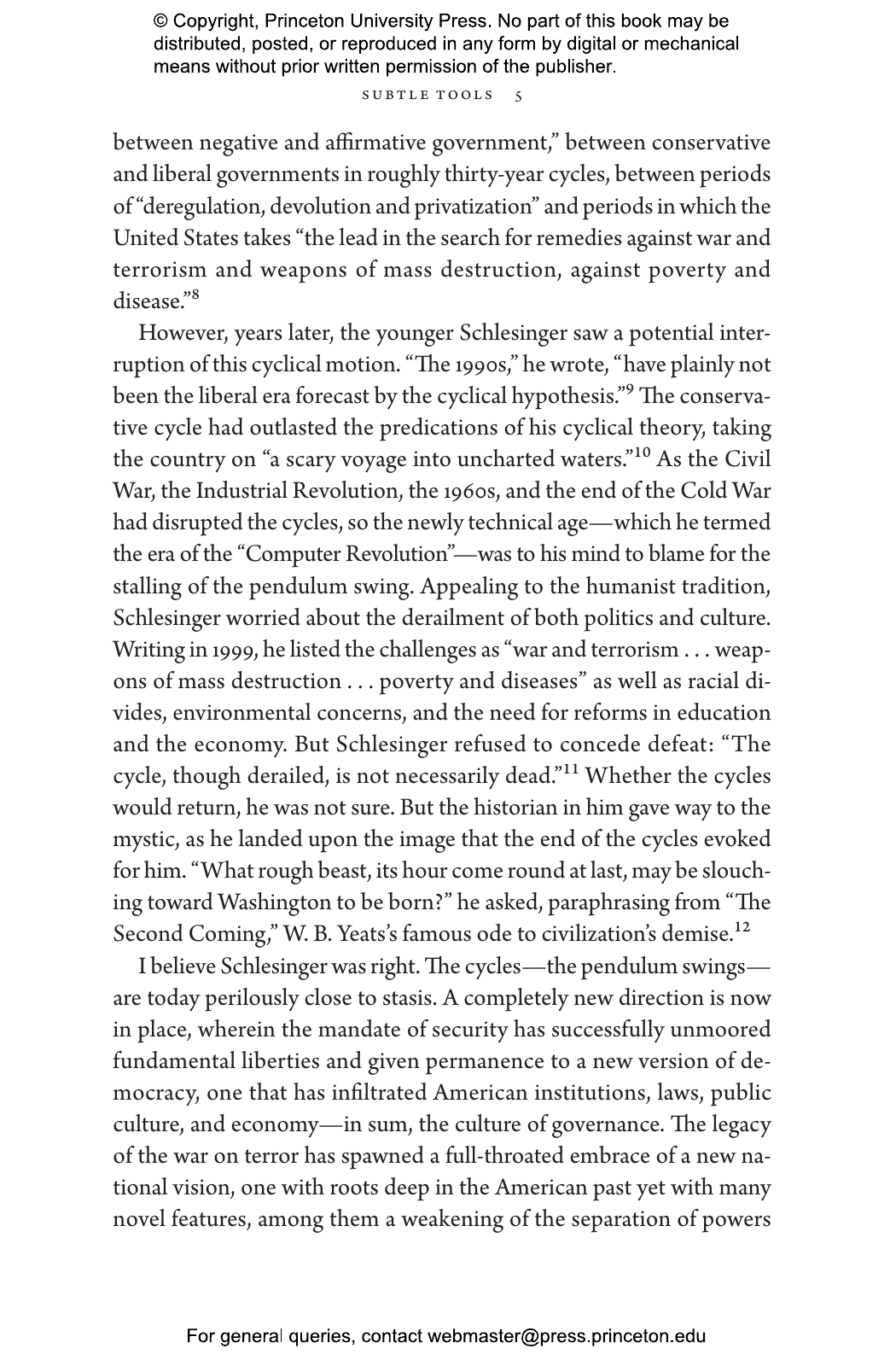 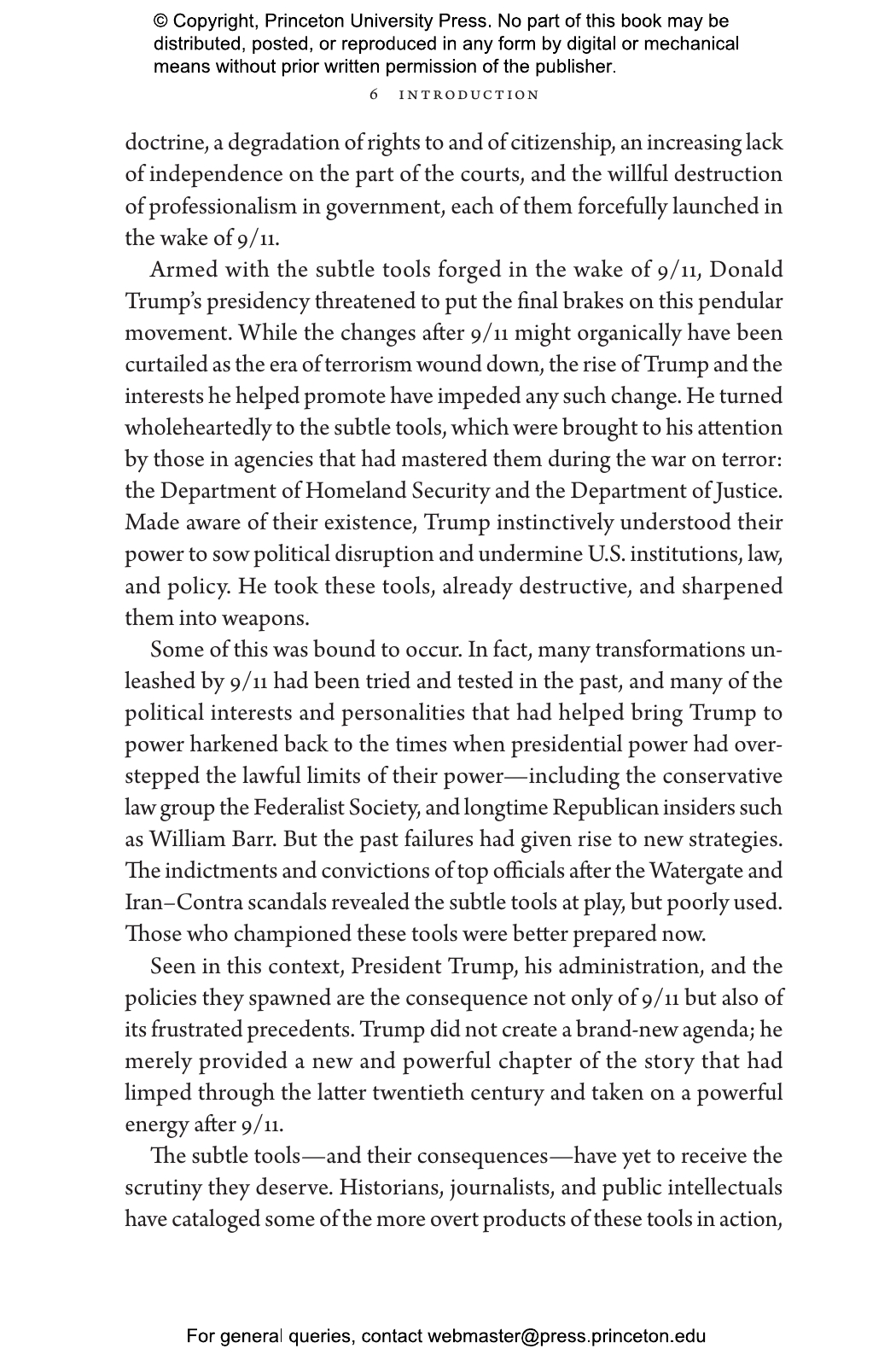 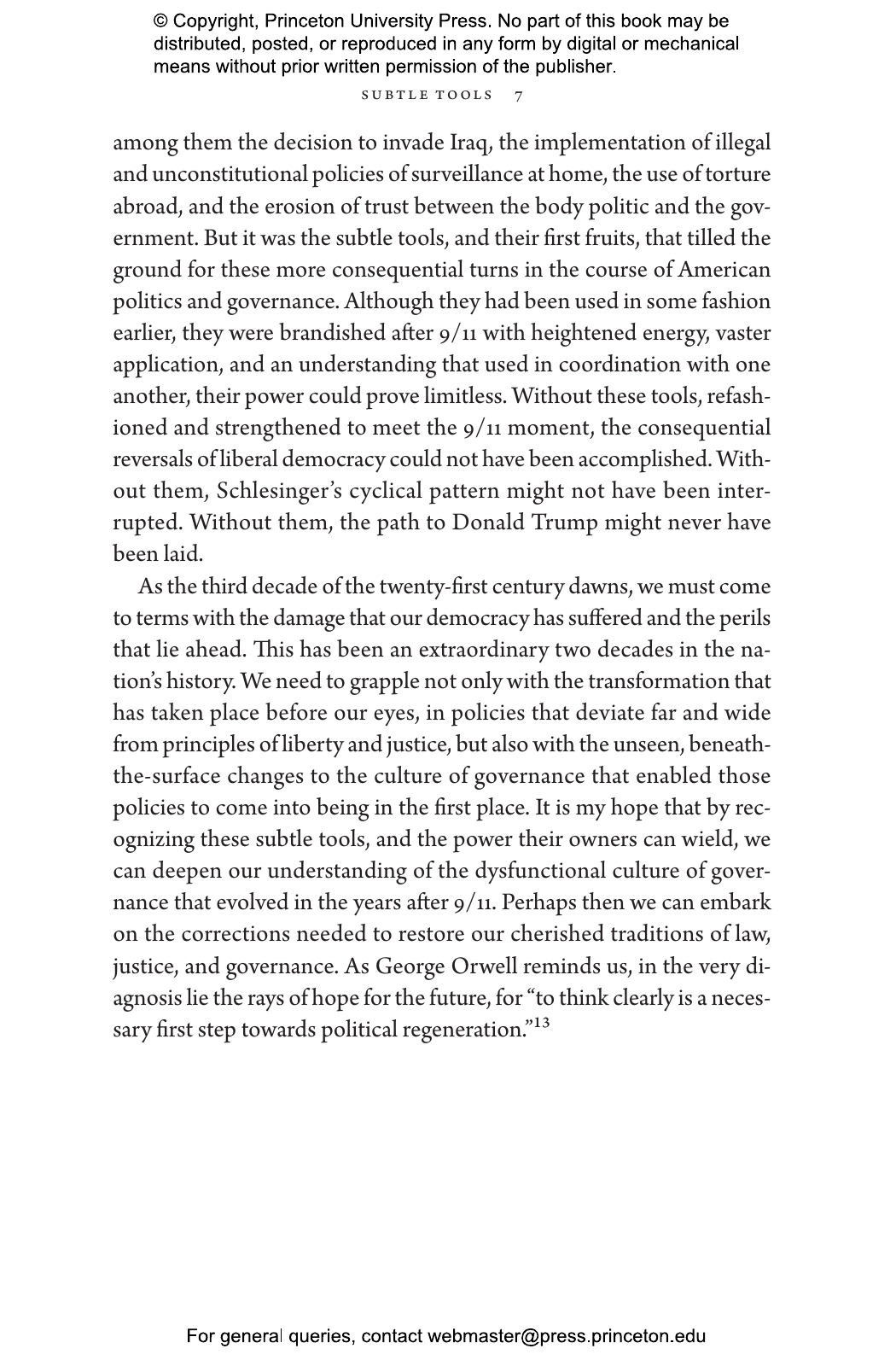 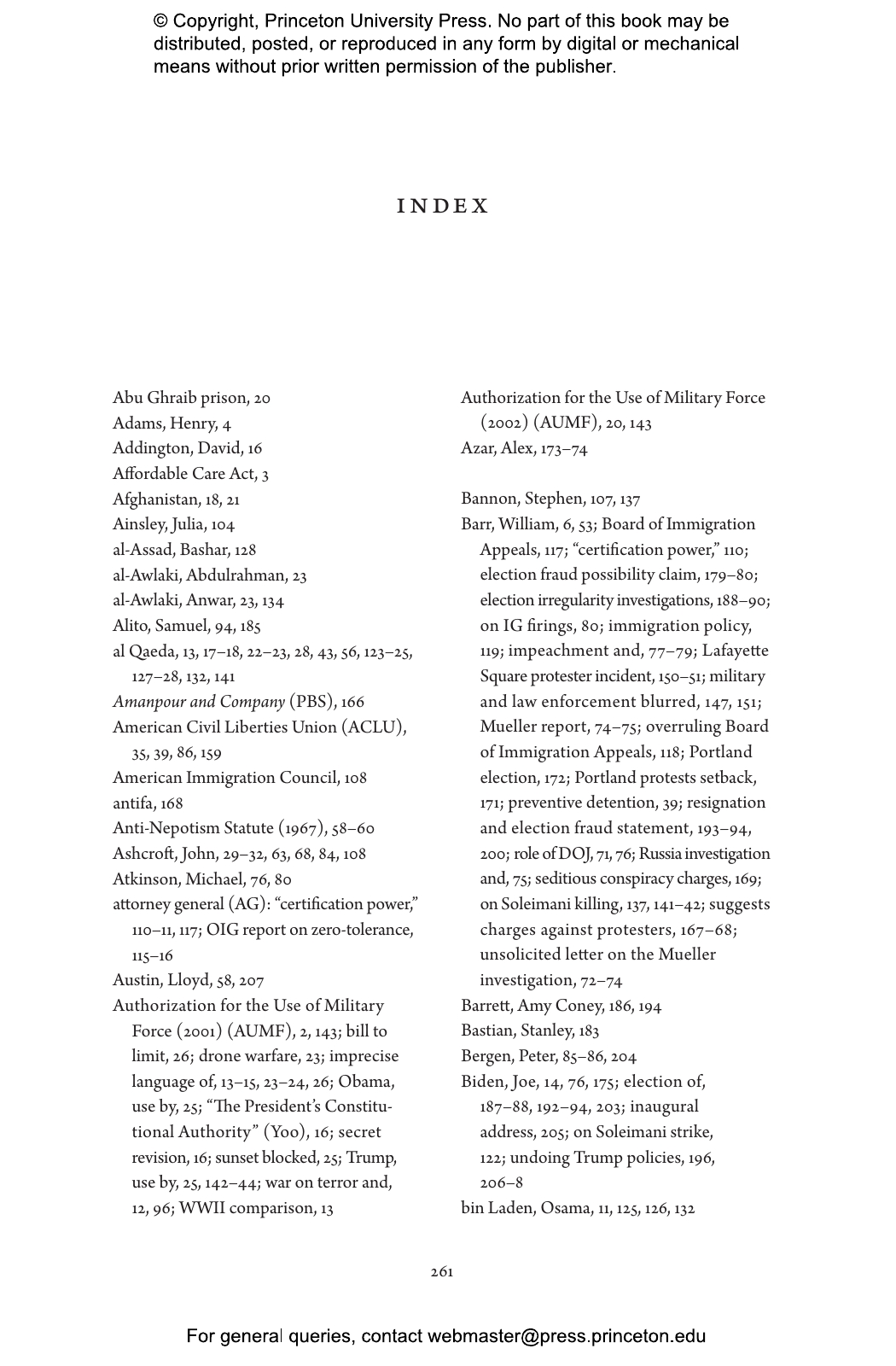 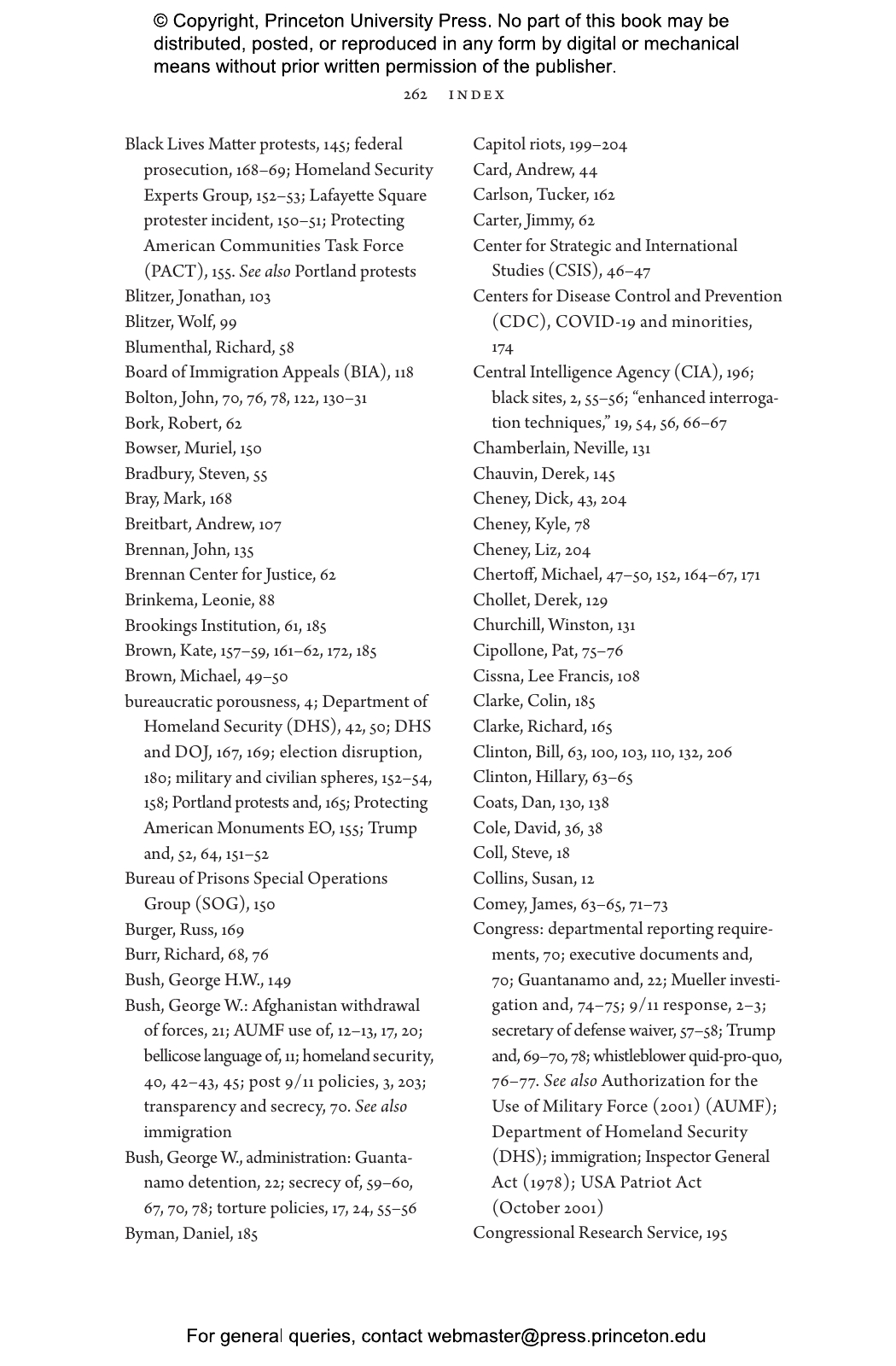 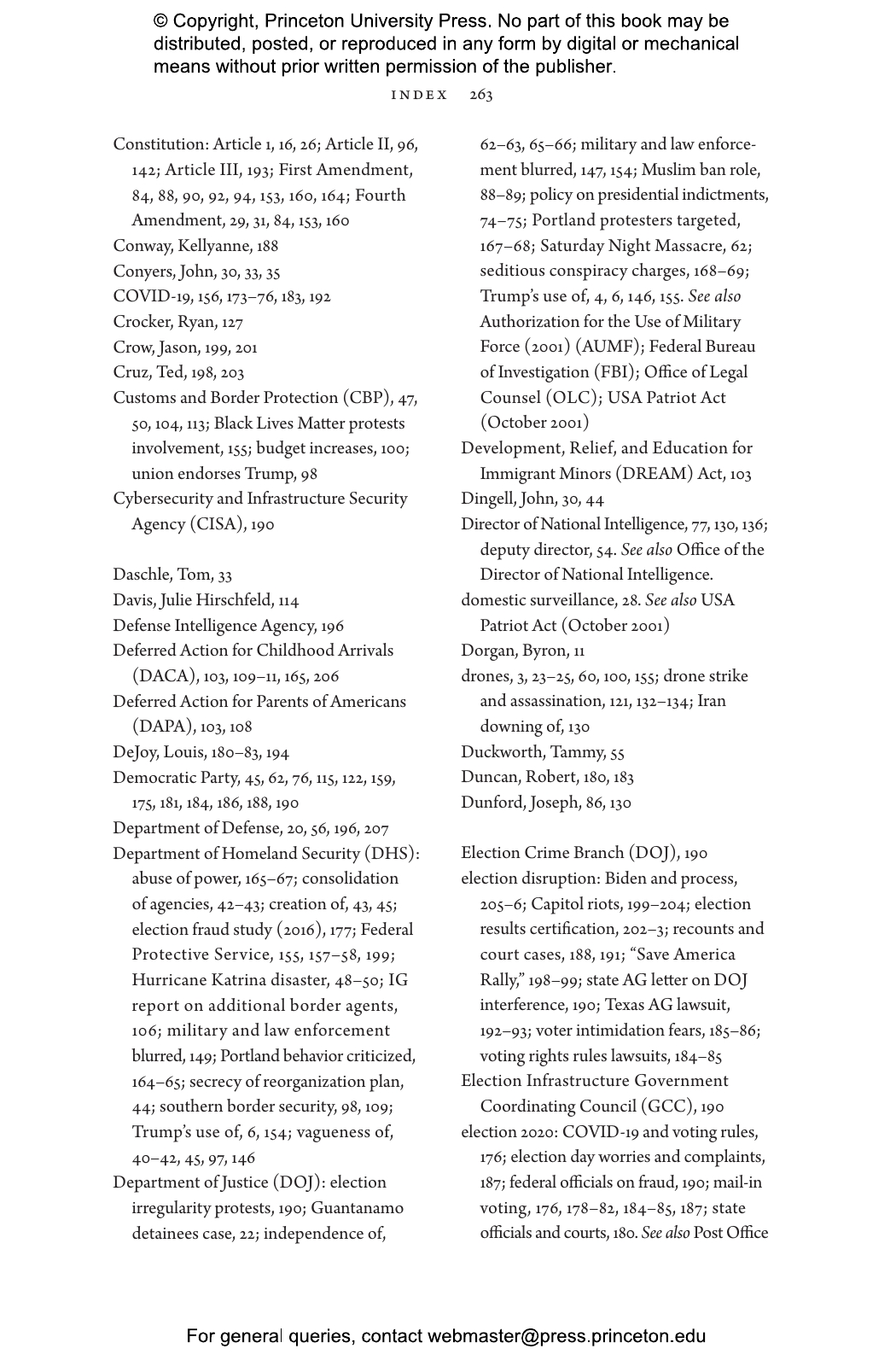 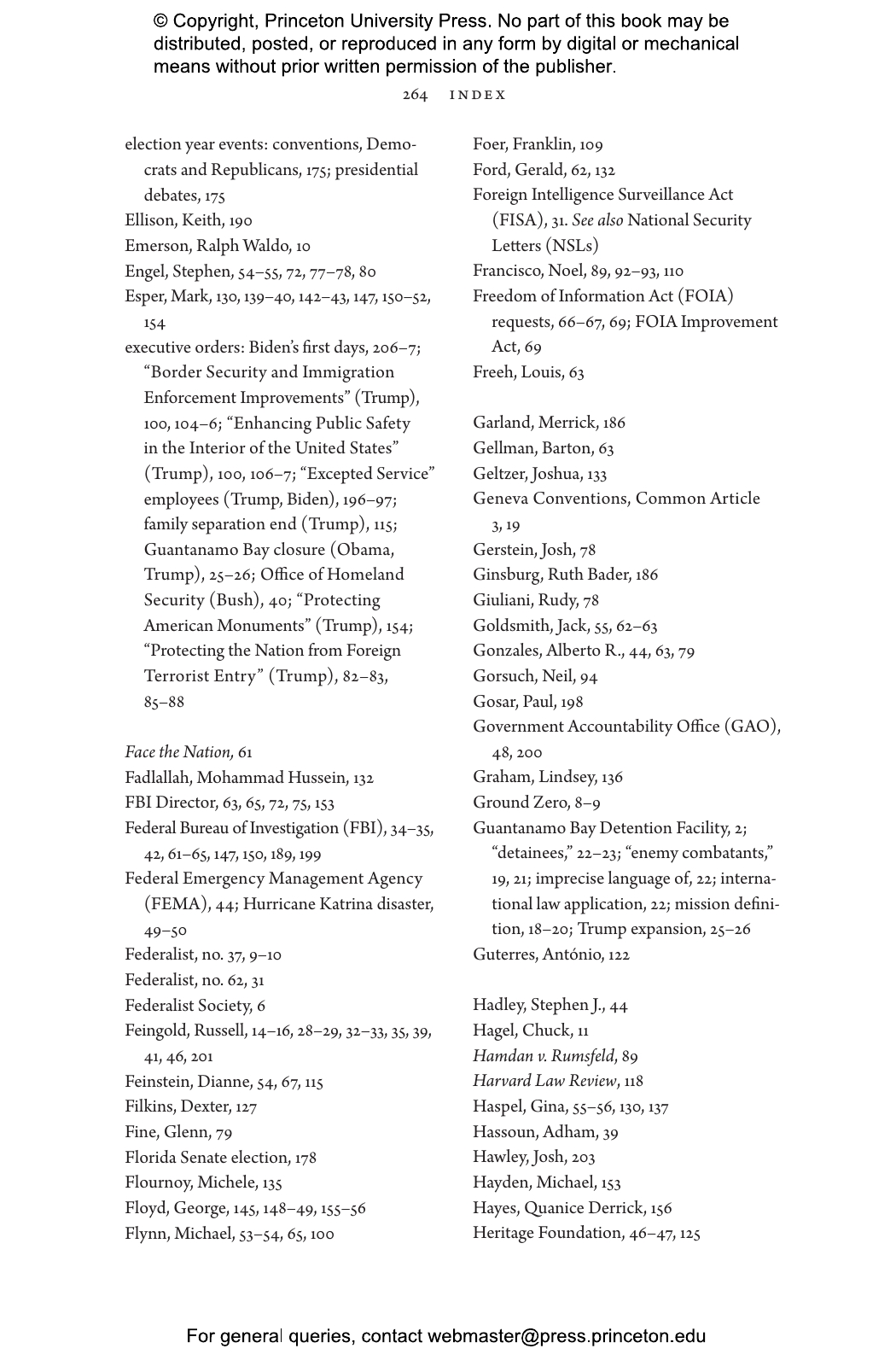 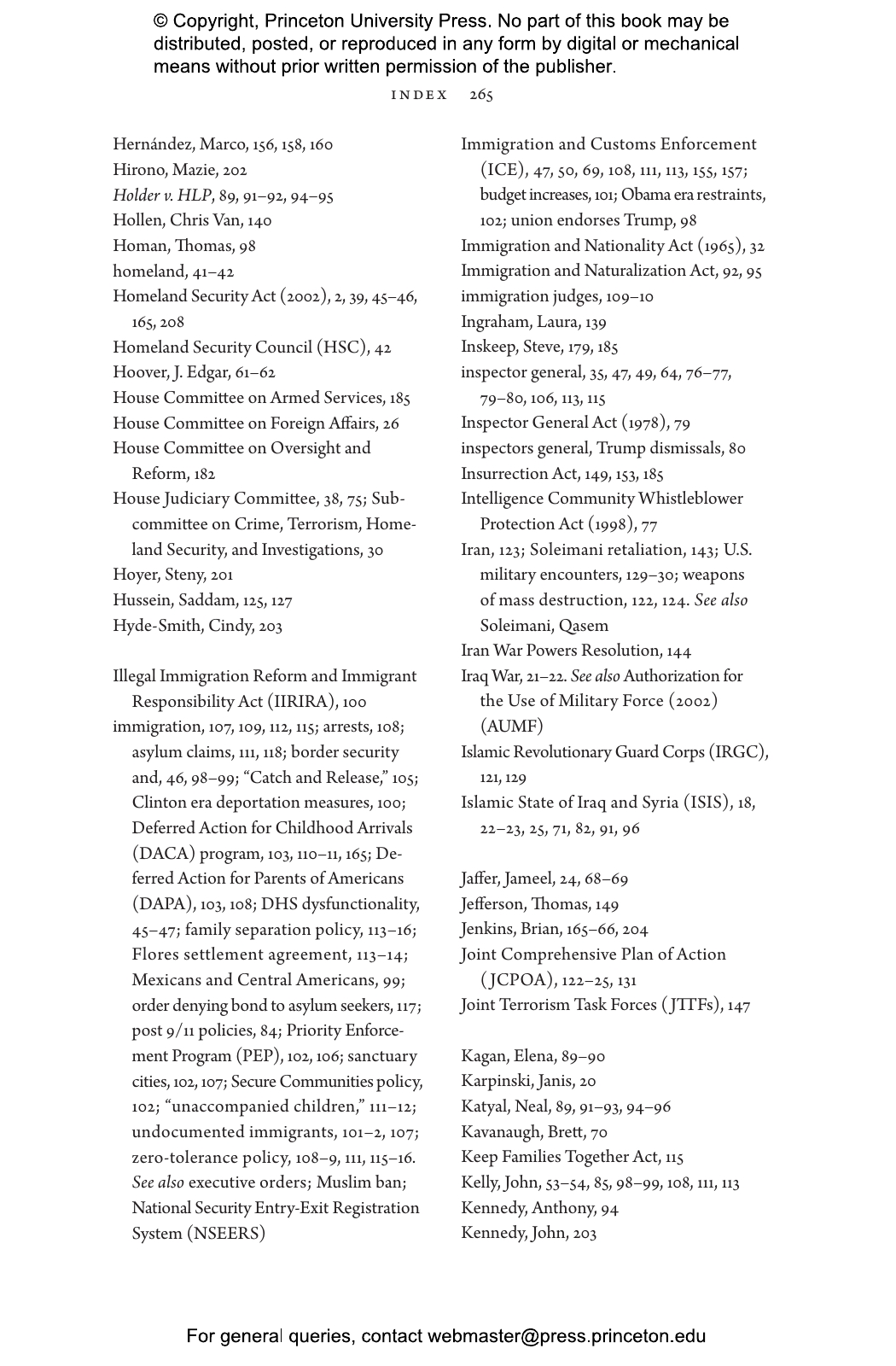 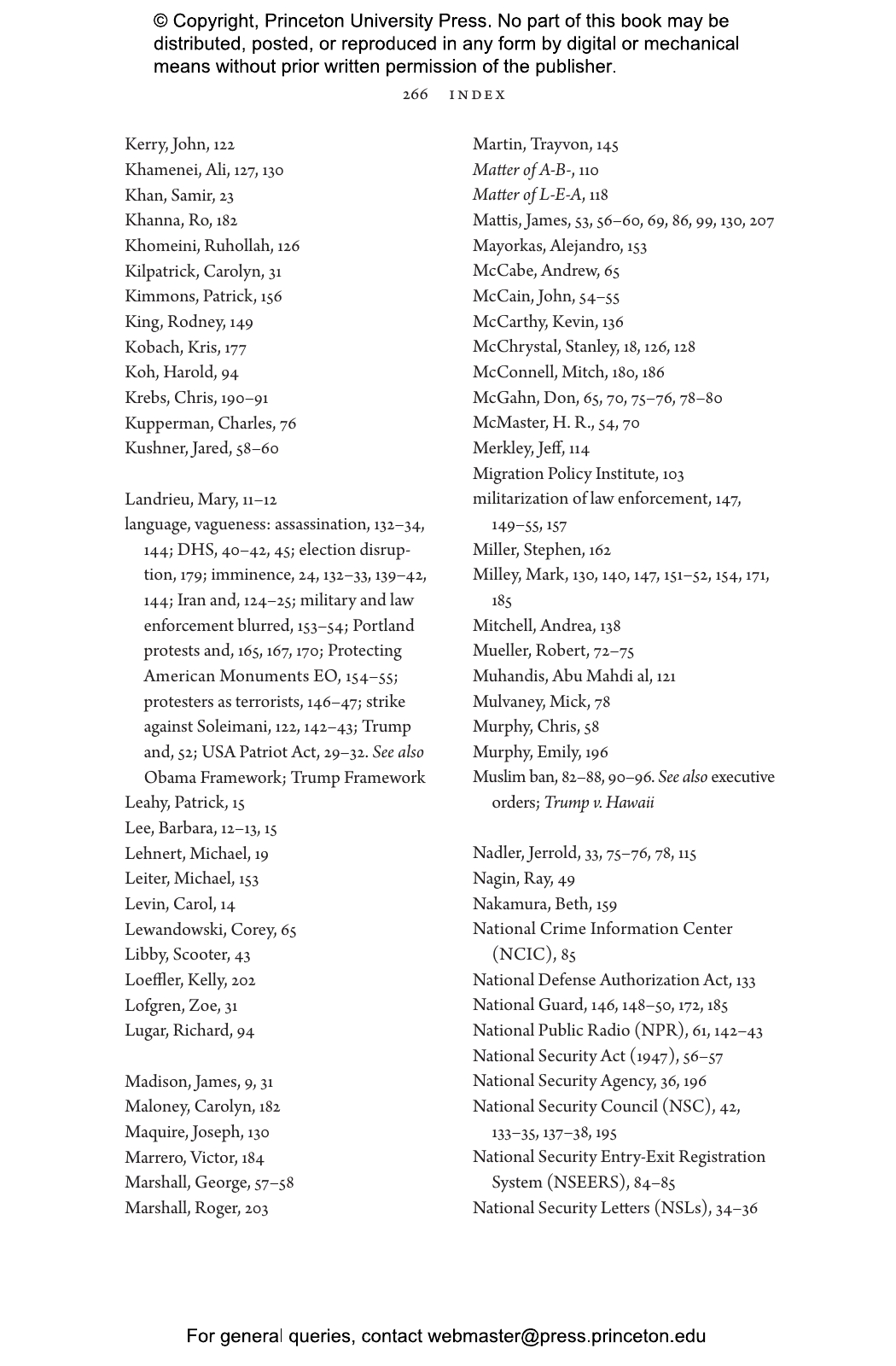 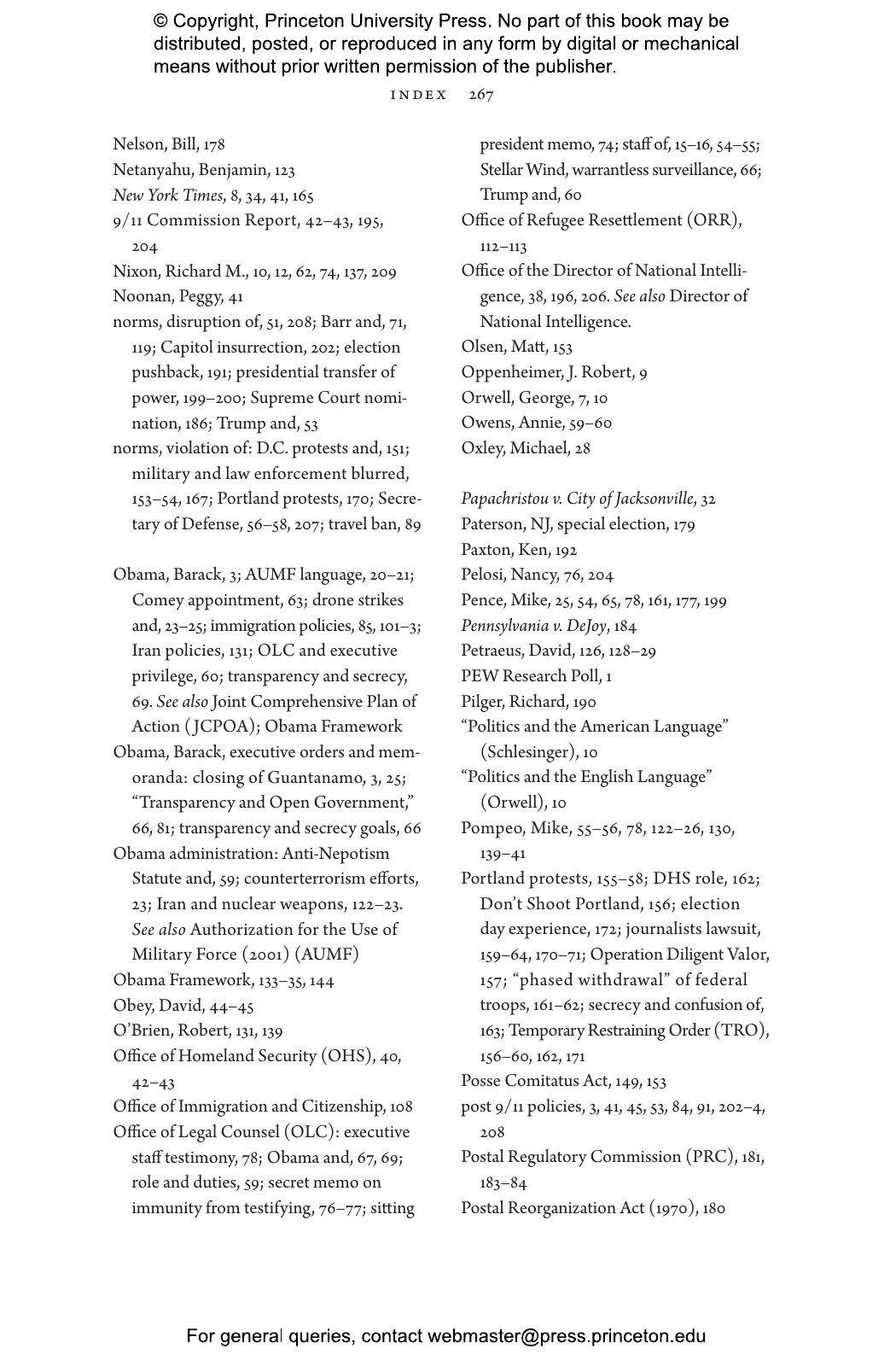 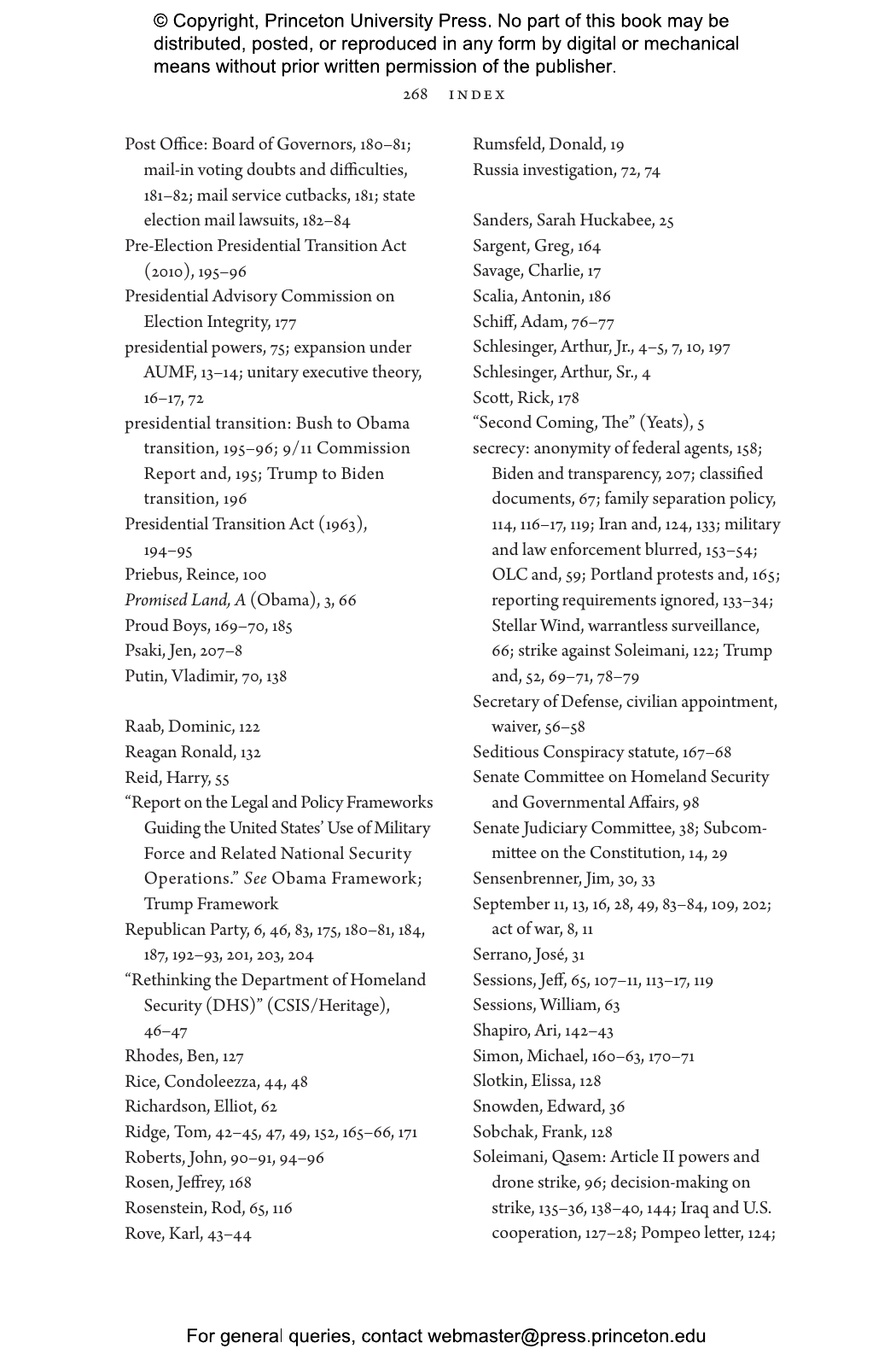 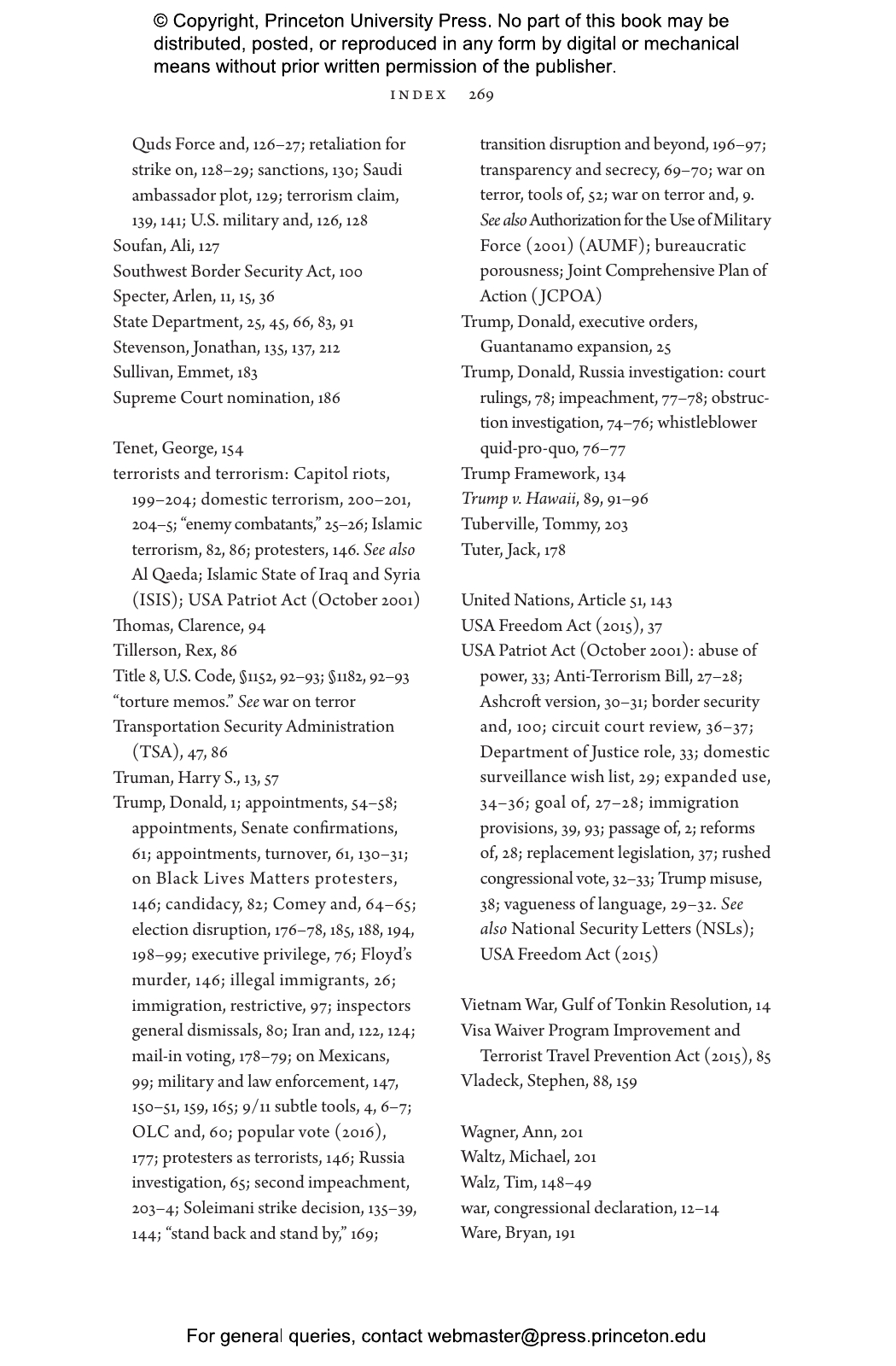 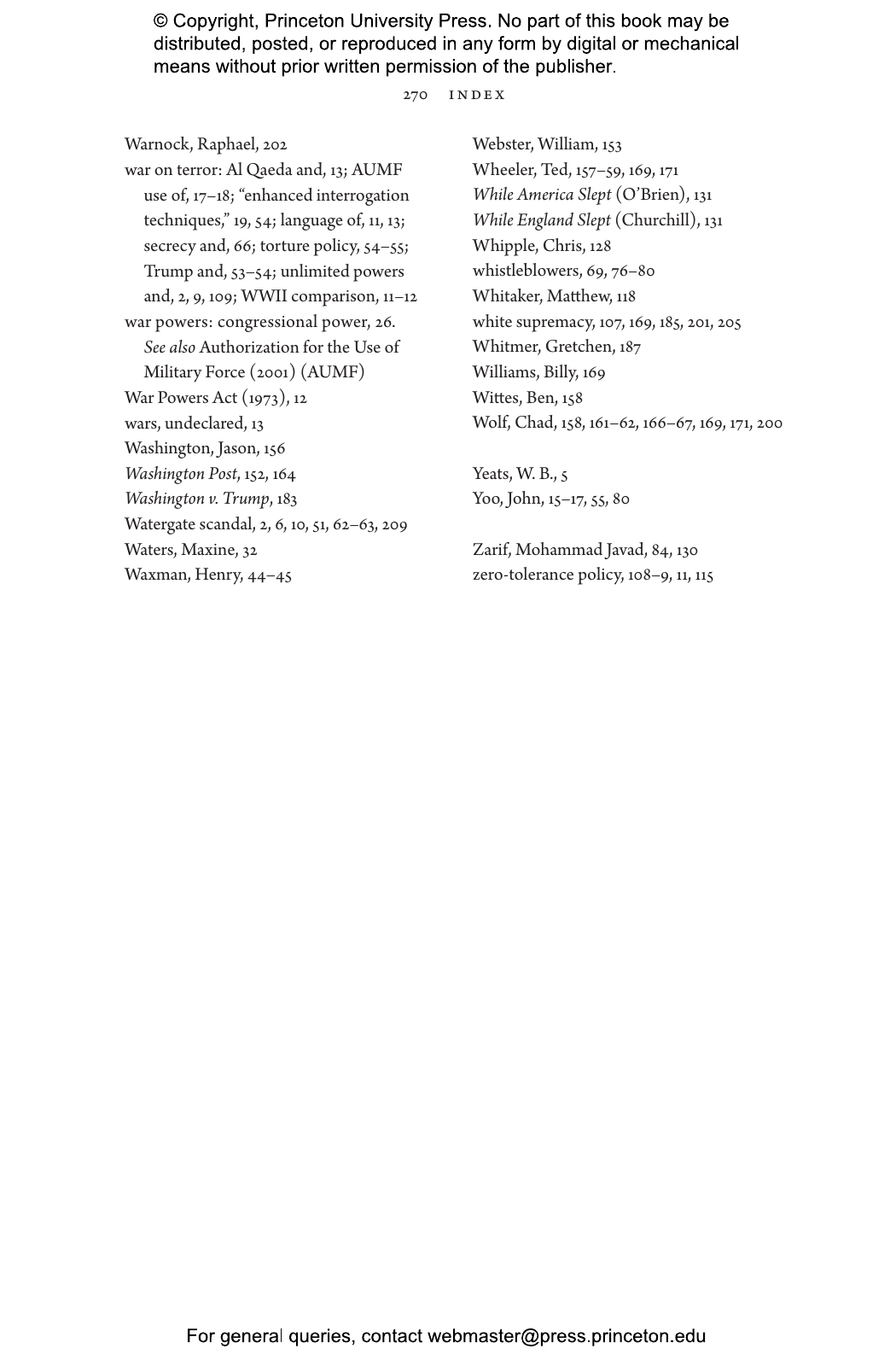 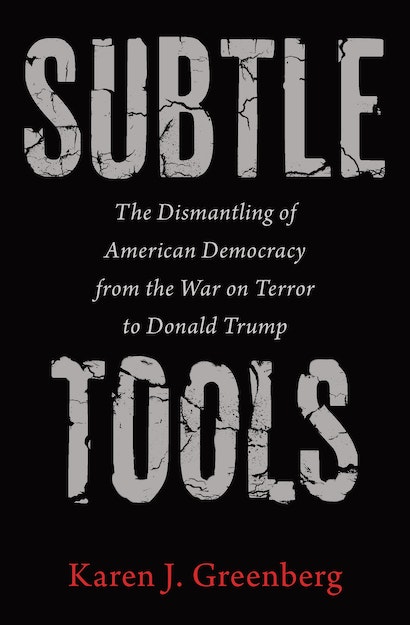 In the wake of the September 11 terror attacks, the American government implemented a wave of overt policies to fight the nation’s enemies. Unseen and undetected by the public, however, another set of tools was brought to bear on the domestic front. In this riveting book, one of today’s leading experts on the US security state shows how these “subtle tools” imperiled the very foundations of democracy, from the separation of powers and transparency in government to adherence to the Constitution.

Karen J. Greenberg is director of the Center on National Security at Fordham Law, an international studies fellow at New America, and a permanent member of the Council on Foreign Relations. Her books include Rogue Justice: The Making of the Security State and The Least Worst Place: Guantanamo’s First 100 Days. 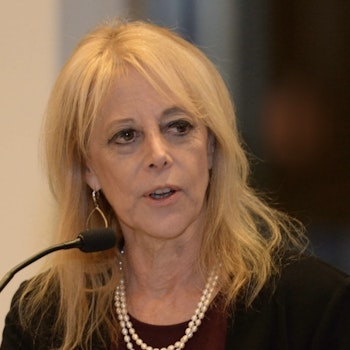 "Greenberg . . . a longtime critic of expanded state power after 9/11, draws a straight line between the early U.S. response to the attacks and the abuses of the Trump administration."—Quinta Jurecic, Washington Post

"Subtle Tools strikes a . . . note of guarded hope for the rule of law against populist lawlessness."—Jonathan Stevenson, Survival

"This is an expertly researched cri de coeur regarding recapturing the processes and procedures of American democracy, which Greenberg (Fordham Univ. School of Law) argues were lost in the 20 years between the 9/11 attacks and the present."—Choice