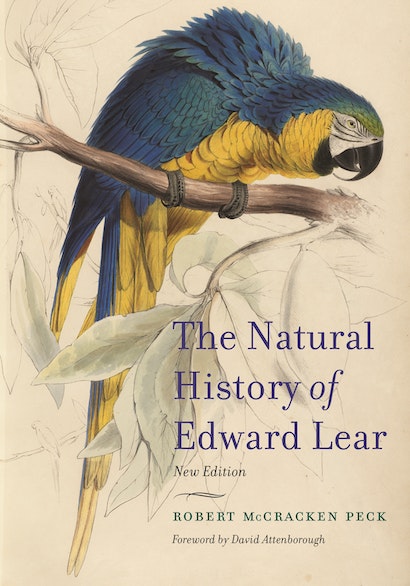 Edward Lear (1812–1888) is best known today for his witty limericks and endearing nonsense verse. But the celebrated author of “The Owl and the Pussy-Cat” also created some of the most stunning paintings of birds and mammals during an age when many species were just being discovered and brought to private menageries and zoos throughout Europe. The Natural History of Edward Lear brings together more than 200 of Lear’s strikingly beautiful illustrations of animals, plants, and landscapes. Robert McCracken Peck sheds light on Lear’s astounding creativity, productivity, and success as an artist. He discusses Lear’s humor, extensive travels, and important place in the history of science, and shows how Lear influenced other artists from Beatrix Potter and Maurice Sendak to James Prosek and Walton Ford.

With a foreword by David Attenborough, a new chapter discussing Lear’s interest in pets, and never-before-published illustrations by Lear, this new edition offers invaluable perspectives on a beloved writer who was also one of the greatest natural-history artists of all time.

Robert McCracken Peck is senior fellow and curator of art and artifacts at the Academy of Natural Sciences of Drexel University. His many books include Specimens of Hair: The Curious Collection of Peter A. Browne and Headhunters and Hummingbirds: An Expedition into Ecuador. He lives in Philadelphia. 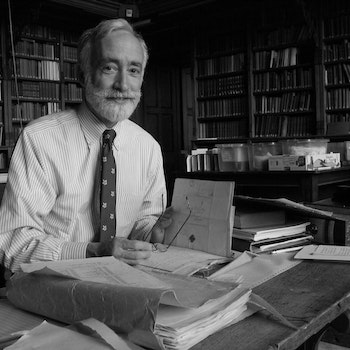 "As Robert McCracken Peck shows us in his The Natural History of Edward Lear, when it comes to realistic animal portraiture, Lear could have run circles around any of his successors. He simply chose not to."—Emily Donaldson, Globe and Mail

"This book is much recommended and indeed an essential reference for this rather under-researched part of Lear’s artistic life."—Clemency Fisher, Archives of Natural History

"[Peck] has discovered a great deal that is new and which will fascinate anyone with a love for Lear and for fine natural history illustration."—from the foreword by David Attenborough

"[An] exquisite retrospective of Edward Lear."—Laurence A. Marschall, Natural History

"This beautiful, richly illustrated and carefully researched volume by Robert McCracken Peck is to be warmly welcomed. It is a very useful contribution to the furtherance of our understanding of this extraordinary man."—Adam Kendon, Times Literary Supplement

"A book full of delights, discoveries and surprises. . . . Peck has established Lear's leading place in the history of bird and mammal illustration and art."—Christine Jackson, Archives of Natural History

"One of the delights of Peck's authoritative and sharp-eyed study is that, while it fleshes out Lear's early career in unprecedented detail, it also demonstrates how much natural history Lear carried with him into his later work both as a landscape painter and as a writer of nonsense."—James Williams, The Art Newspaper